Trending:
Otley Hall, one of the grandest Tudor houses in Suffolk. Credit: Jackson-Stops

Historic Otley Hall, near Woodbridge, is described by Pevsner as ‘perhaps the outstanding Tudor House in east Suffolk’ and, grandly, by Simon Jenkins, in his England’s Thousand Best Houses, as ‘an immaculate Tudor house with no edge untrimmed and no dust on any shelf. A cobweb would be an arachnoid impertinence’. 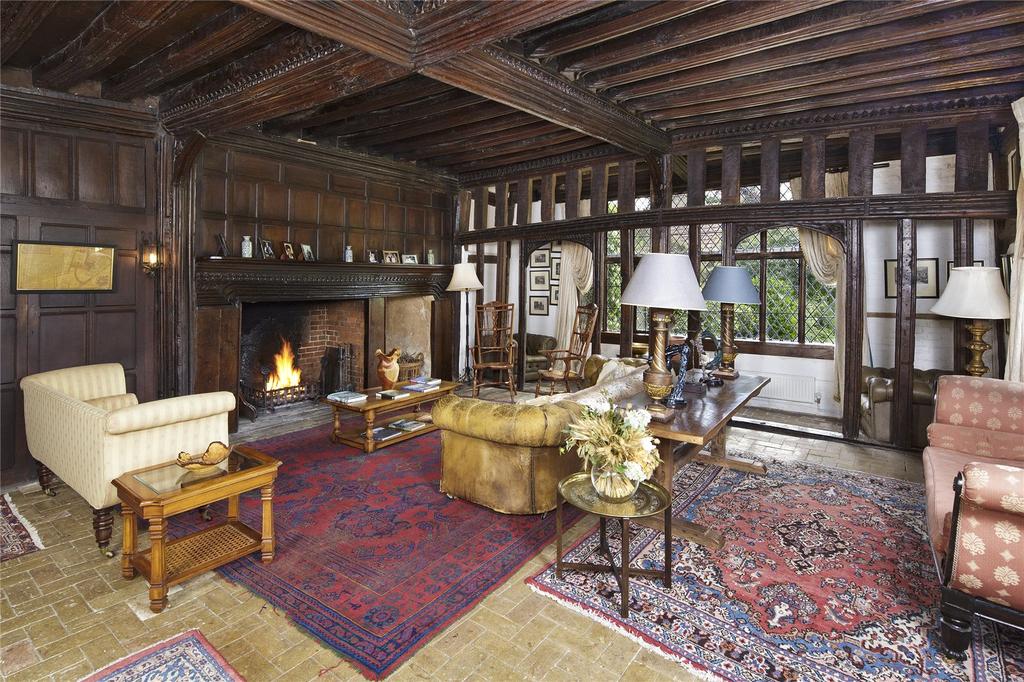 Today a well-organised family home with all the comforts that modern technology allows, the 8,200sq ft brick masterpiece retains the aura of a high-status manor house that has survived largely unchanged for some 550 years. It’s now for sale through Savills and Jackson-Stops at a guide price of £2.25m for a home set in about 10 acres of ‘magical’ gardens, parkland and woodland. 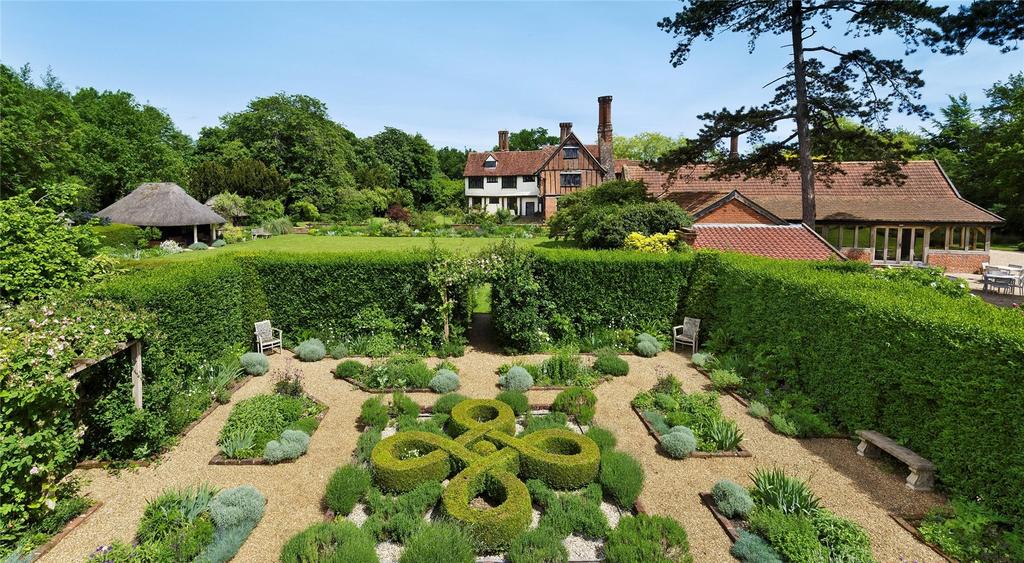 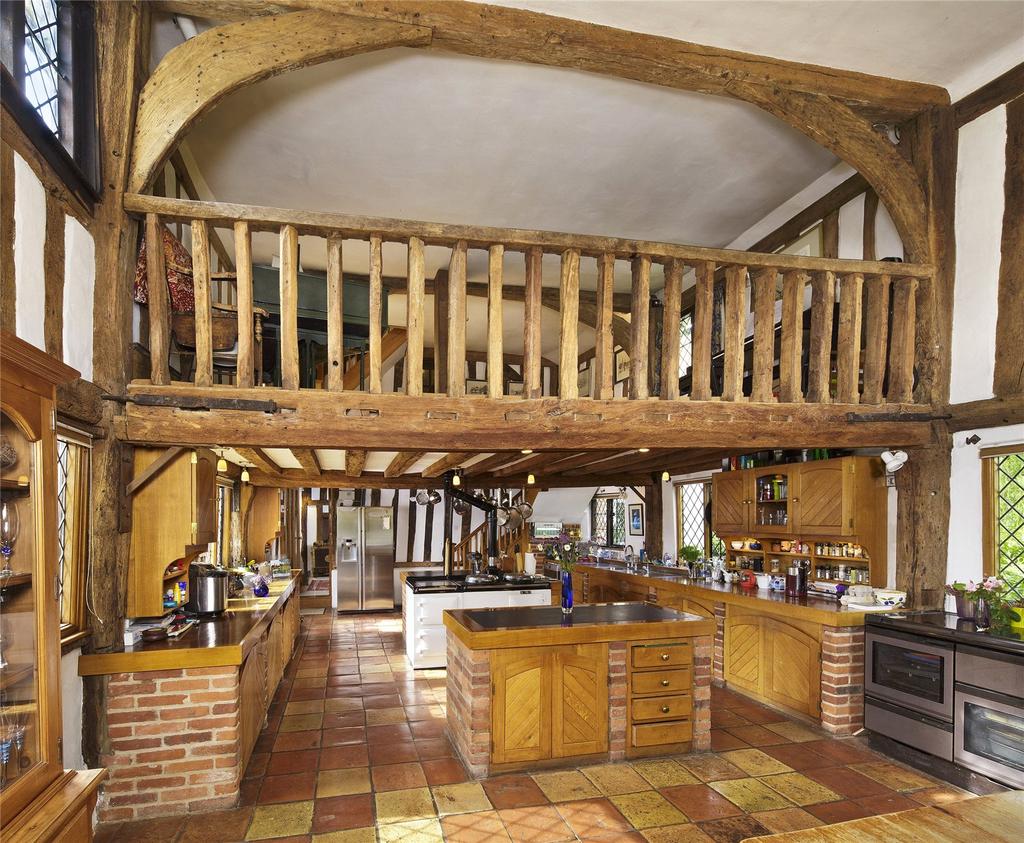 Highlights include the impressive Great Hall, with its screens passage, and the parlour, with its exquisite linenfold panelling, believed to have come from Cardinal Wolsey’s chambers at Hampton Court Palace. 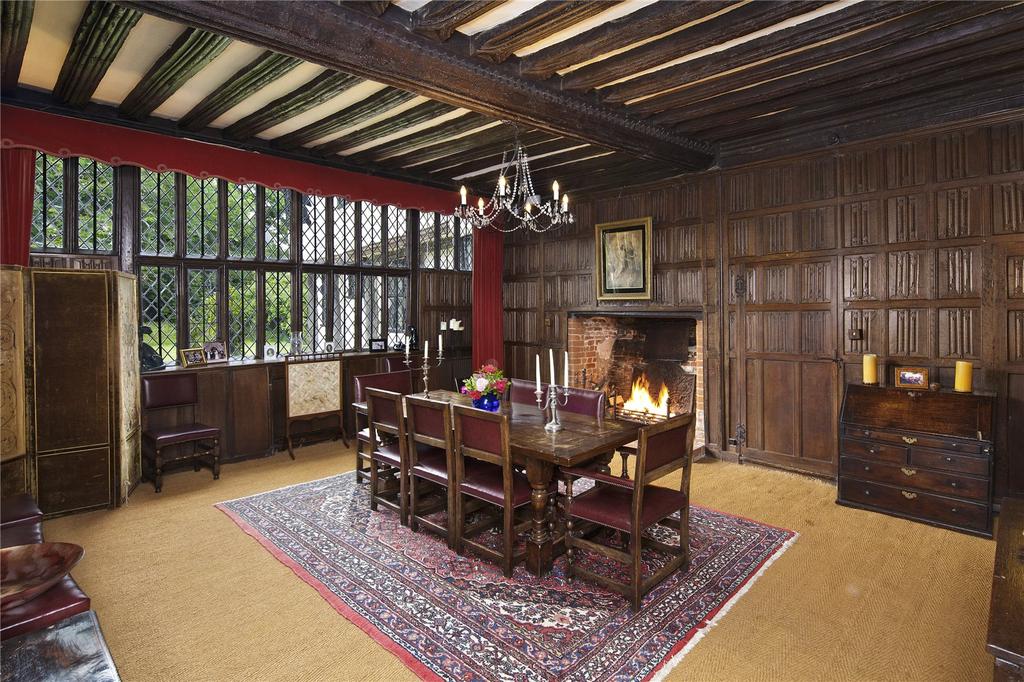 A 1,930sq ft traditional timber barn and former stables have been converted to a multi-purpose function room and party barn. Combined with numerous promotional activities, the hosting of dinners, conferences and concerts and the use of the manor as a successful wedding venue. 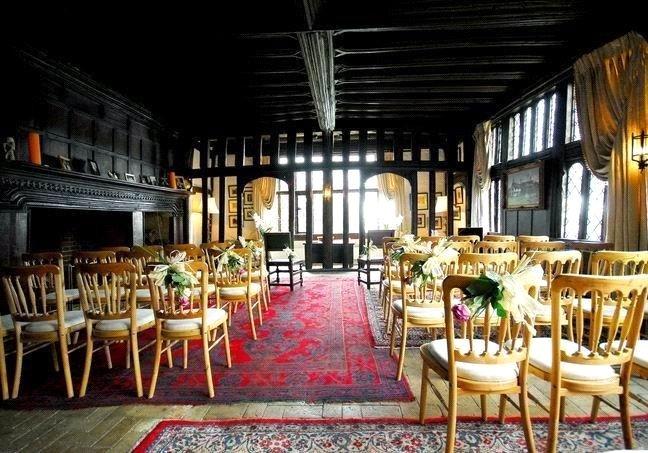 This helps to generate a sizeable income that contributes towards the maintenance and running costs of the property. Legal opinion suggests that the activities of Otley Hall Events demonstrate a clear commercial use — arguably sufficient to justify a ‘mixed-use’ classification of the property for Stamp Duty purposes.

Otley Hall is for sale at £2.25 million via Savills and Jackson-Stops – see more pictures and details.

The hall looking towards the dais, lit by the projecting oriel to the right. Credit: Paul Highnam/©Country Life Picture Library

A delightful timber-frame house offers insights into the realities of luxurious 15th-century living and the brutal complexities of Lancastrian politics,