This year, we can expect some serious movement in the market, says Penny Churchill, who expects delightful country houses such as Comforts Place to be snapped up quickly.

The overall feeling at the upper end of the residential property market is largely one of relief at the outcome of last month’s General Election, with leading estate agents expecting to see a ‘Boris bounce’ in London reflected in the market for country houses in areas often shunned by nervous buyers in recent years.

As Edward Rook of Knight Frank explains: ‘Last year, even buyers desperate to move to the country were slow to commit to buying a house that either meant a major lifestyle change, involved a difficult commute or was expensive to maintain. This resulted in some really good country houses remaining unsold in 2019 — a situation that we expect to see reversed in 2020.’

He cites the example of charming, Grade II- listed Comforts Place, near Lingfield, Surrey, a property that was owned at one time by music producer Andy Hill and his wife, Nichola Martin, creators of pop group Bucks Fizz. 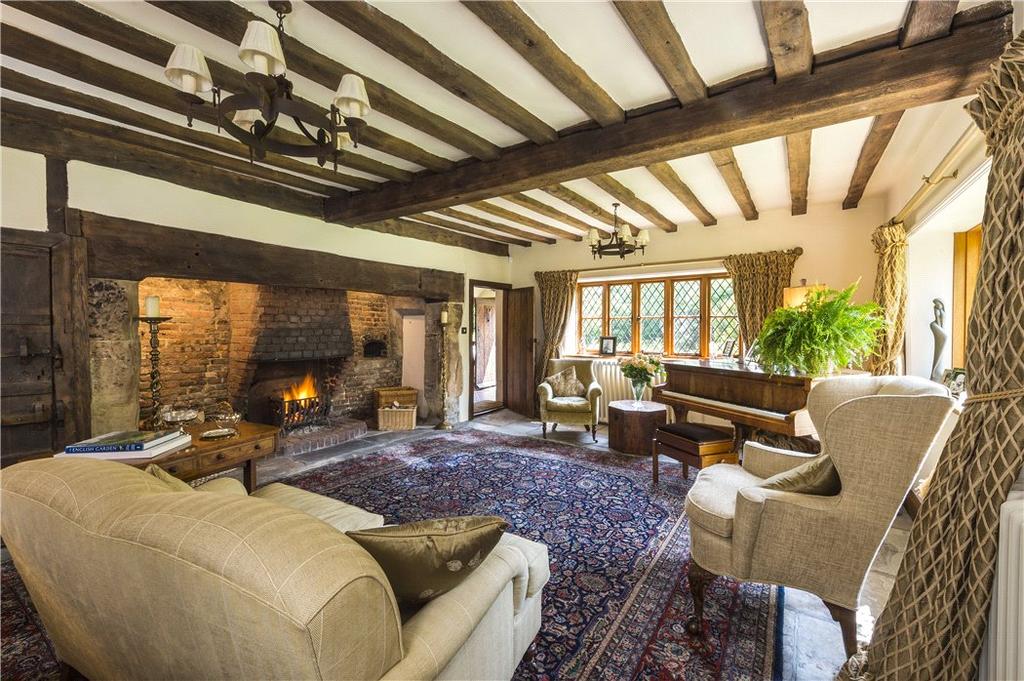 It came to the market in September last year, at a guide price of £3.15 million through Knight Frank’s Sevenoaks office. The house, the name of which is thought to derive from an old Surrey family that lived in the area from 1204 to 1294, originally formed part of a medieval aisled hall that was extended in the early to mid 15th century. 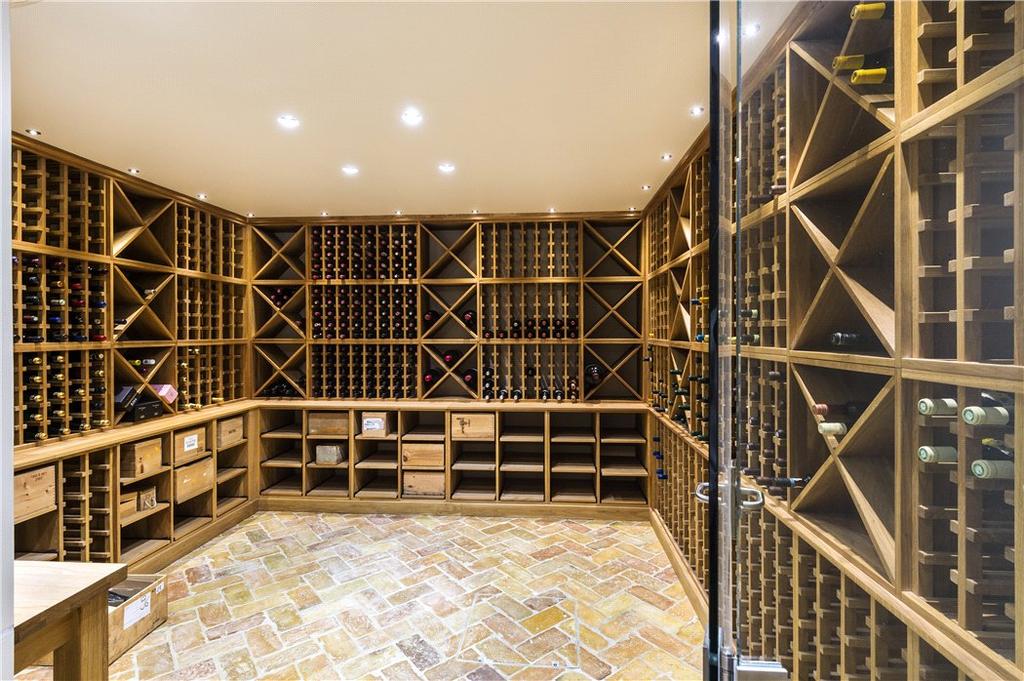 The core of the present house is formed by an Elizabethan manor house of 1597, although its earlier origins can be seen in features such as the crown-post and medieval joists within the surviving earlier cross-wings. 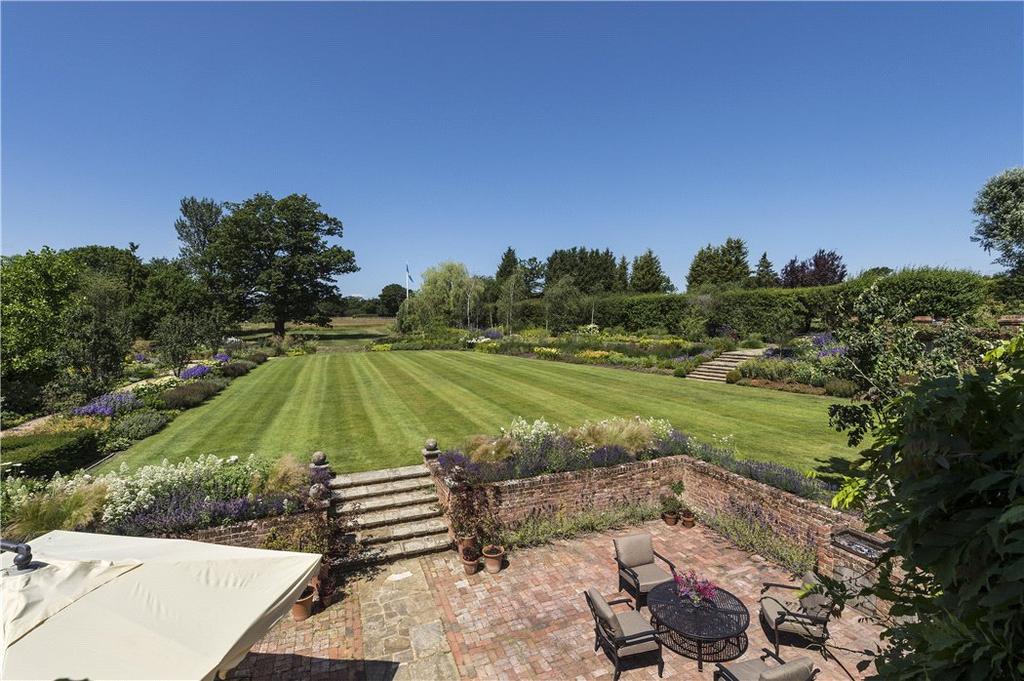 During their 17-year tenure, the current owners have substantially enhanced the house, gardens and grounds. Year by year, they have increased the accommodation, upgraded, renovated and modernised the house and barn, and added extensive equestrian facilities. 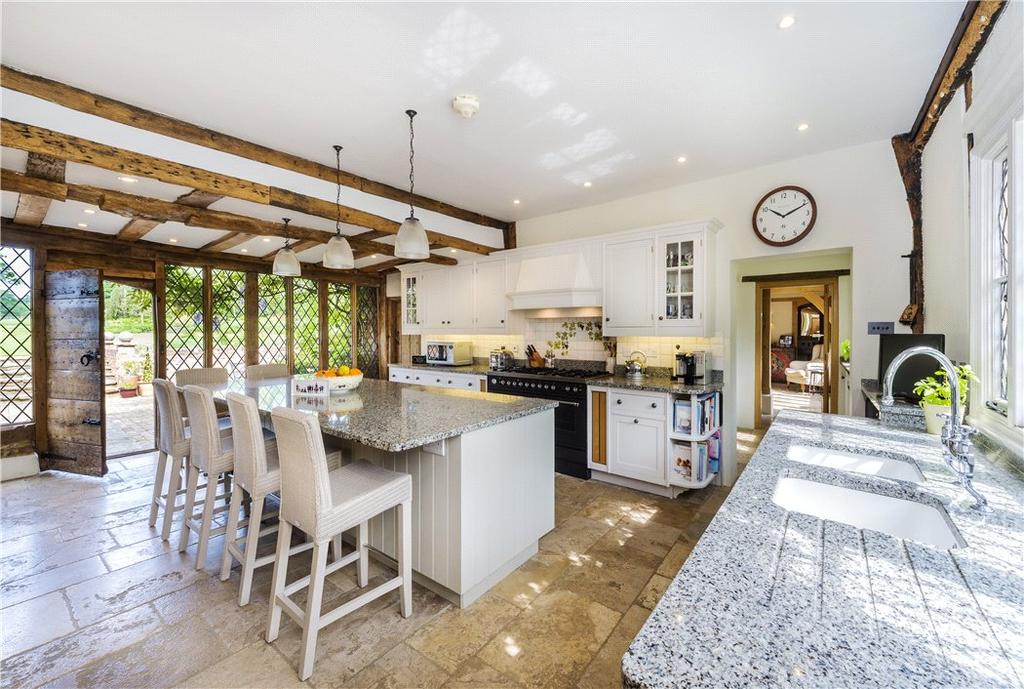 The barn, with its two-bedroom annexe and entertaining room, provides a further 1,776sq ft of living space.

Comforts Place is built of brick and part tile-hung under a Horsham-stone-slate and tiled roof and stands in 16½ acres of gardens, grounds and paddocks, in a wonderfully private location some two miles north-west of Lingfield. It benefits from an excellent rail service from Oxted, 4½ miles away, that takes just under 40 minutes to London Victoria and 30 minutes to London Bridge. 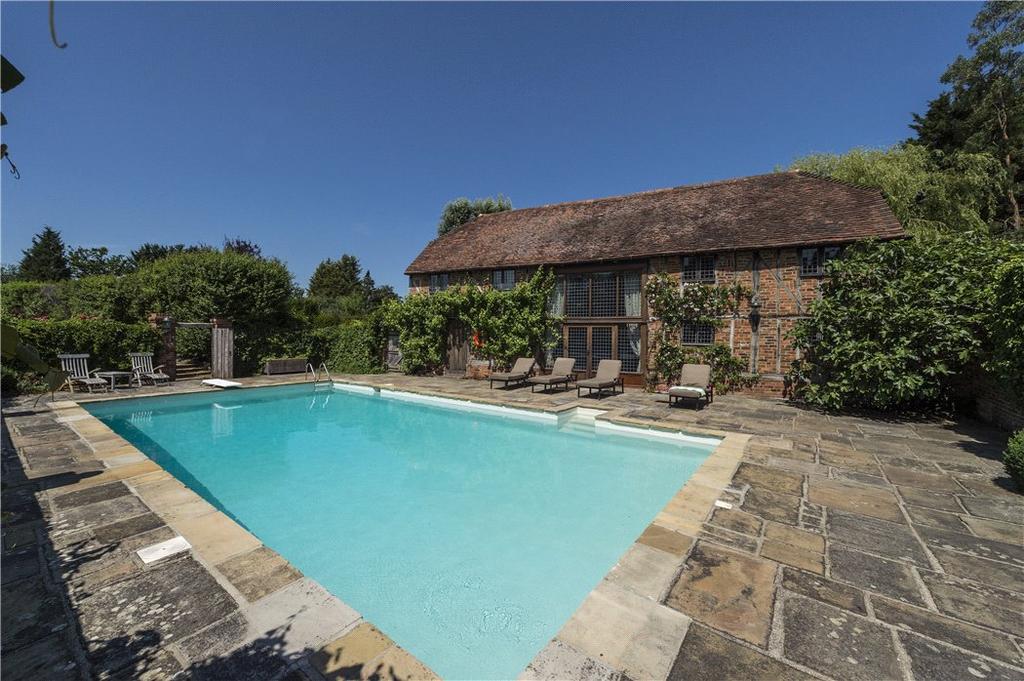 ‘Clearly, commuting is not a problem and, although the upkeep of the house, barn, buildings and sporting facilities, which include stabling for six horses, a manège, fencing and paddocks, plus a tennis court and swimming pool, represent an obvious long-term commitment, that no longer seems quite so daunting,’ Mr Rook adds.

Comforts Place is for sale at a guide price of £3.15 million through Knight Frank’s Sevenoaks office — see more pictures and details.