Few things are more romantic than a country house with a windswept hilltop location — Eleanor Doughty finds herself entranced by homes on the hills in the North of England.

What’s it like to live all the way uphill? Andrew Hield took over ownership of the UK’s highest pub, the Tan Hill Inn on the Pennine Way, in June last year. Every day presents a new challenge, he says, the pub being off-grid and 11 miles away from the nearest town, Kirby Stephen. To get to Tan Hill, visitors will have to make an hour’s journey ‘as a minimum, unless they’re already in the area’.

However, the advantages are clear — literally. ‘We have phenomenal views and we’re in a dark-sky spot,’ explains Mr Hield. ‘Sometimes, we get the Northern Lights as well.’

The downside is that life is harder and more old-fashioned. ‘We’ve got no cables or pipes running to or from Tan Hill. We ship our gas in to cook, pump our water from a borehole and run off coal and log fires.’

Nevertheless, being so high up has huge appeal. ‘It’s got a such a draw — it’s on a lot of people’s bucket lists.’ And although Tan Hill sits alone at the top of its 1,730ft hill, there are options nearby if you want to visit: three miles away, holiday-cottage spotters will find Brystone, a 300-year-old Yorkshire Dales farmhouse in West Stonesdale that is very charming indeed.

There are few market towns that can lay claim to being the highest of their kind, but Alston, 30 miles from Carlisle, is one, sitting at 1,000ft. Savills agent Hugh Maconochie’s family home is nearby. ‘If there’s any snowfall in the North, the first road that’s cut off is the road between Alston and Penrith,’ he says.

It’s only altitude that makes Alston remote, however, says Nick Talbot of Jackson-Stops York. ‘There’s quite a community, with shops and restaurants and pubs, because you’ve got nothing else that close.’

Seven miles away, on the border with Co Durham, is Yad Moss, where, when conditions allow, there’s 2½ miles of skiing to be had. Savills and Jackson-Stops are marketing 500-year-old Clarghyll Hall, just outside Alston, for £995,000. 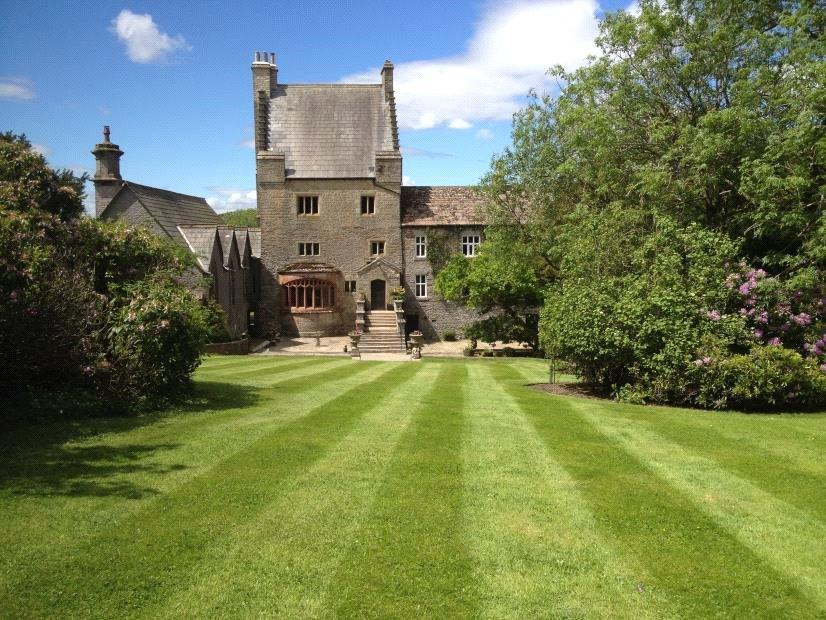 The eventual owner could be ‘someone who buys into the history of the area or an international buyer who wants a slice of England — it has that presence about it,’ explains Mr Maconochie.

By rail from London Euston, Alston is reached via a three/four-hour journey to Penrith, then a 40-minute drive. ‘It feels like a wilderness when you’re there, but it is accessible,’ says Mr Maconochie. ‘When the sun shines up there, there’s nowhere better.’

The Derbyshire market town of Buxton, famed for its water, sits high up at 1,030ft. Netta Christie has lived there for almost 40 years and runs Discover Buxton Tours. Over that time, it’s become more cosmopolitan, she says. ‘The festivals have become bigger and better and, with that, comes a bit of cafe life.’

There’s plenty to do, from the 23-acre Pavilion Gardens in the centre to Grin Low Woods and nearby Poole’s Cavern, with its stalactites and stalagmites. Chatsworth is 15 miles down the road, just outside the town of Bakewell.

‘It’s very special, Buxton,’ says local businesswoman Louise Potter, who’s run No 6 The Square Tearooms for the past 18 years. You know what you’re getting when you come here, she says. ‘It’s always 4˚ colder. I love the weather, although when we do get snow, three out of four of the roads into Buxton are cut off.’

Thirty miles from both Sheffield and Manchester, it’s commutable — and good value, too: a six-bedroom converted mill with a beautiful riverside location recently sold for £475,000.

It’s clear that these high-up towns and villages have a lot going for them beyond altitude. ‘They tend to be popular with people comfortable in their own company,’ says Sam Gibson of Strutt & Parker’s Morpeth office. ‘These are parts of the world to which you can genuinely escape.’

And don’t forget the air, adds Mr Maconochie. ‘You go for a walk on the moors, come in, have a bath and fall asleep. It’s another level of fresh.’ 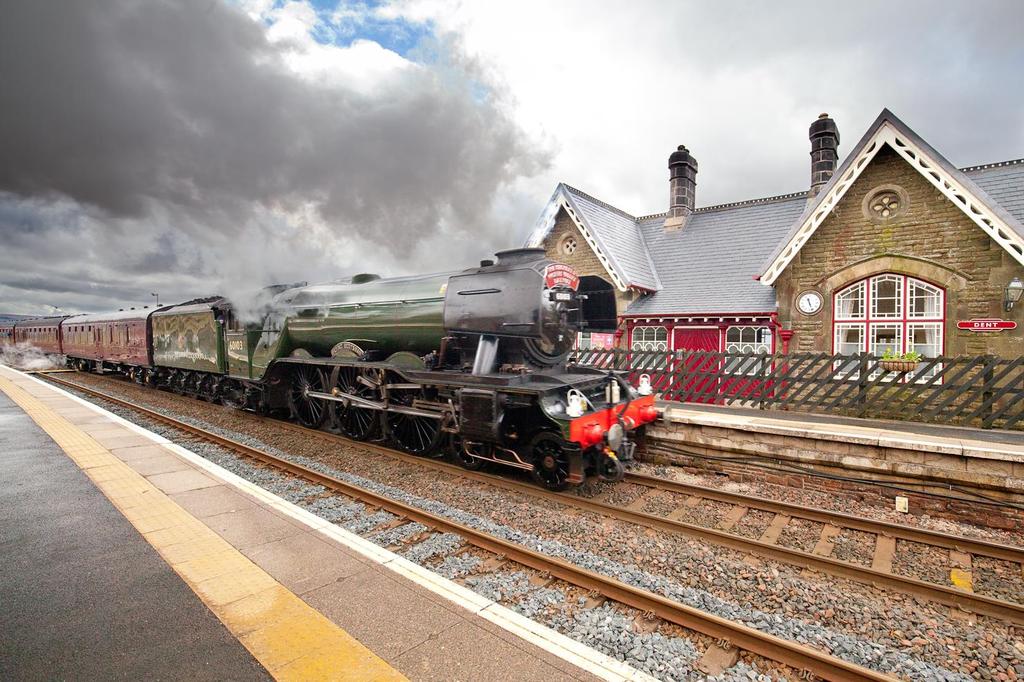 Absolutely irresistible, this converted railway station hasn’t so much been turned into a home as had a bit of furniture installed. 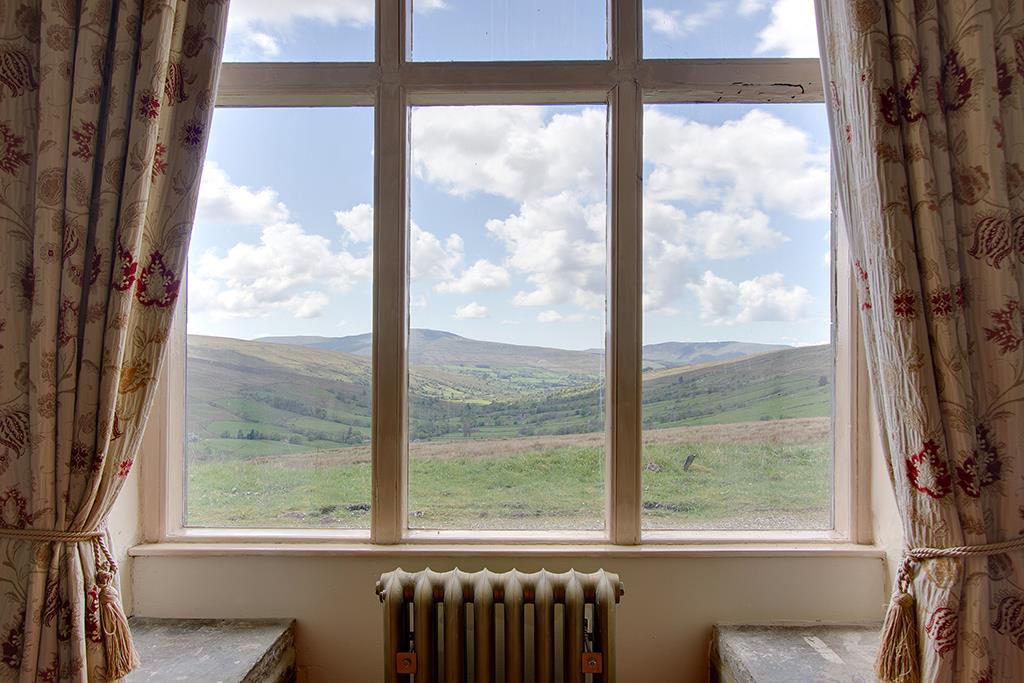 Every effort has been made to keep as many original features as possible — the line outside the house is even used from time to time by heritage rail trains. 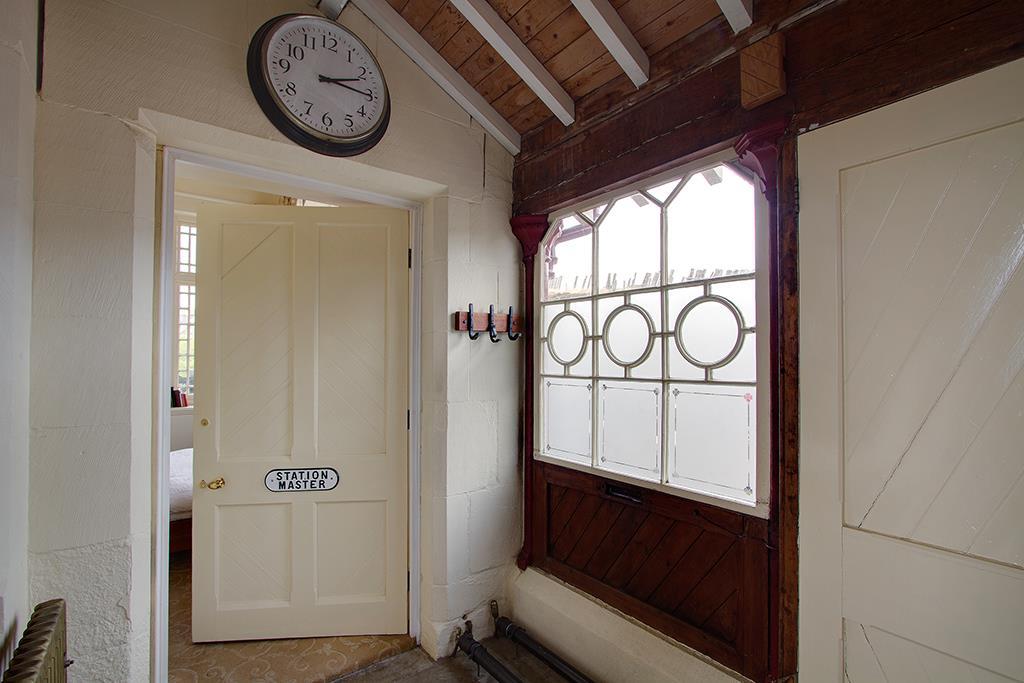 For sale with Davis & Bowring. See more pictures and details about this property.

Clarghyll Hall is comprised of a Grade II* listed house which has been carefully and sympathetically updated and improved, using local and traditional skills and materials. 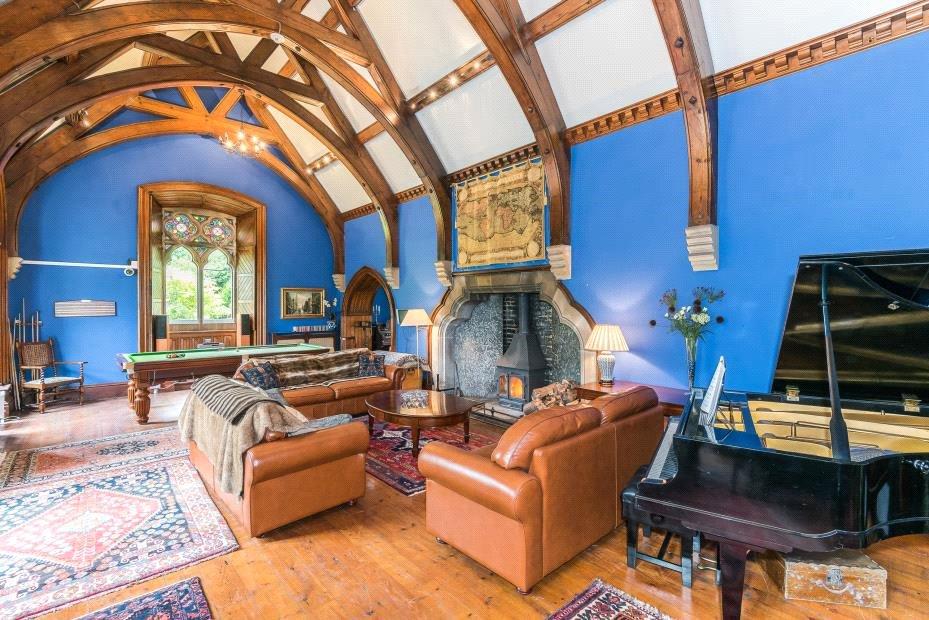 There are five floors, eight bedrooms and some spectacular period features, including stone mullioned windows bearing carved decorations and inscriptions, and an Oriel window in the dining room. 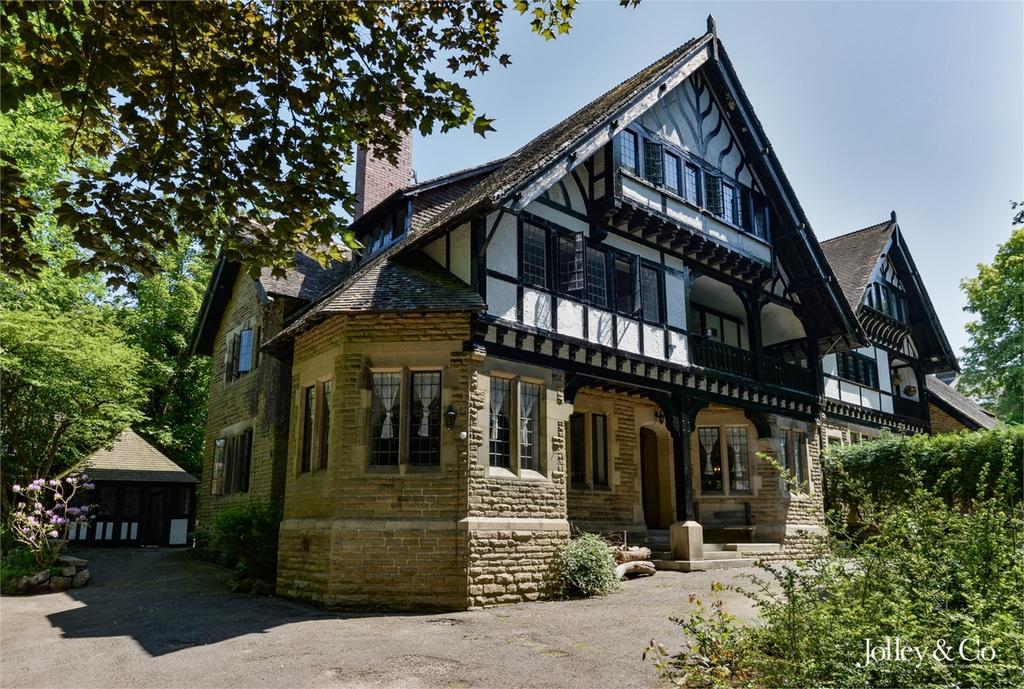 Sevenways is a nine-bedroom Arts-and-Crafts villa on the edge of Buxton Park. 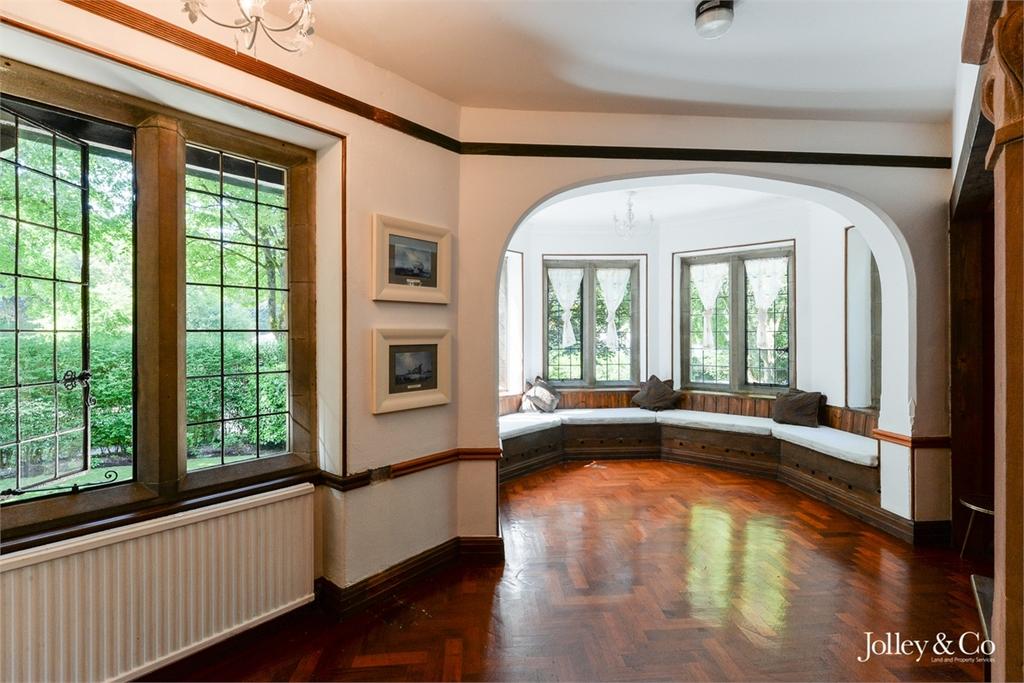 It was designed by Parker and Unwin, the architects accredited as the founders of Arts-and-Crafts, and the men who went on to win fame as the creators of Letchworth Garden City.

For sale with Jolley & Co. See more pictures and details about this property. 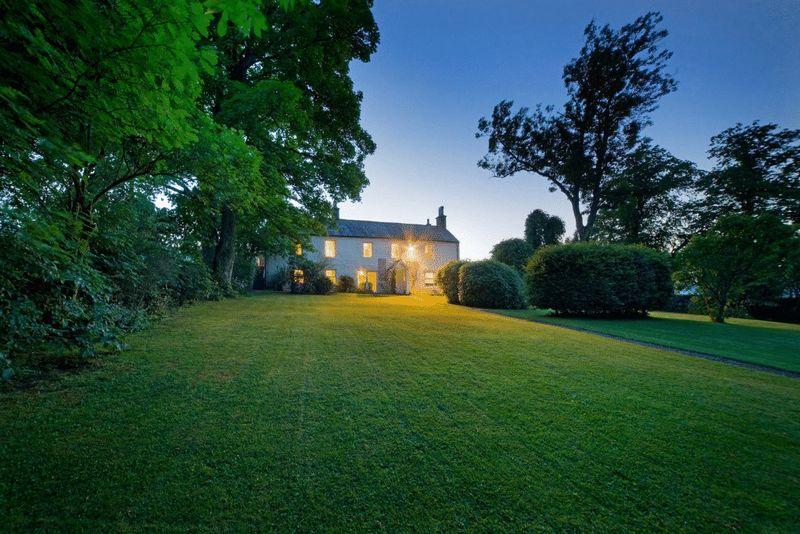 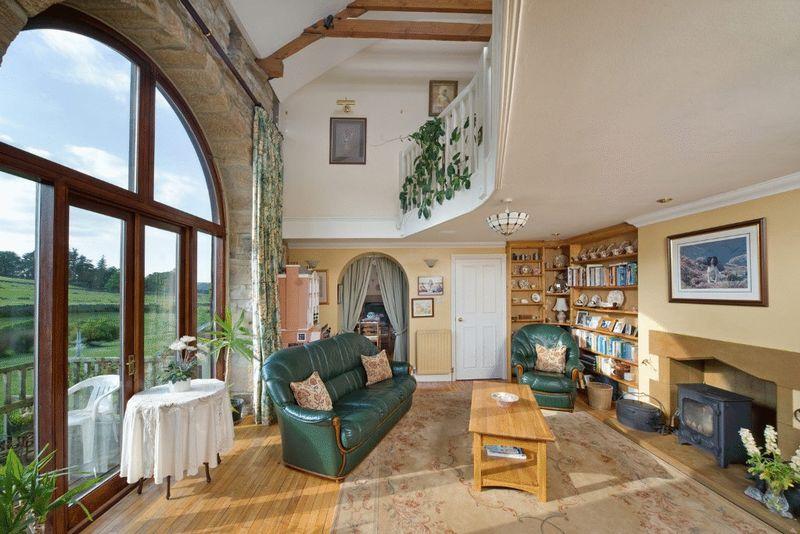 There are wonderful views and plenty of space, and also a business opportunity: the main house brings in £1,000 a week as a holiday let, while the cottage – converted from the old milking parlour — brings in a further £350 a week.

For sale with Sanderson Young. See more pictures and details about this property. 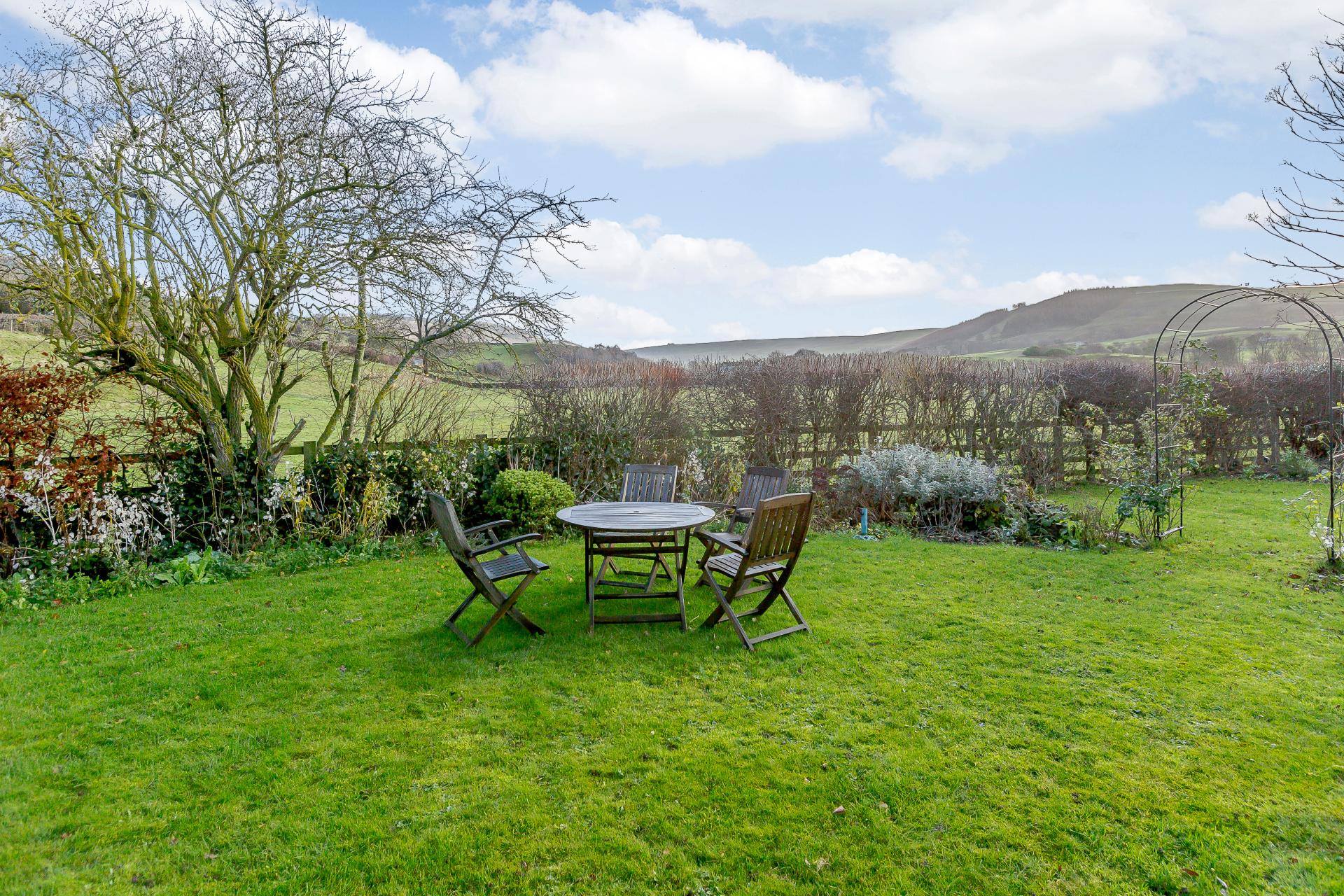 It’s very pleasantly finished inside and out, but the draw is the surrounding countryside in this idyllic spot.

For sale with Norman F. Brown. See more pictures and details about this property.