A country mansion in the Borders where Robbie Burns once came to stay has come to the market. Penny Churchill reports.

A fine example of symmetrical Georgian architecture is Category B-listed Cairnbank House, which stands in 8.2 acres of gardens and grounds amid idyllic rolling countryside on the outskirts of the bustling Borders market town of Duns, 15.5 miles inland from Berwick-on-Tweed. 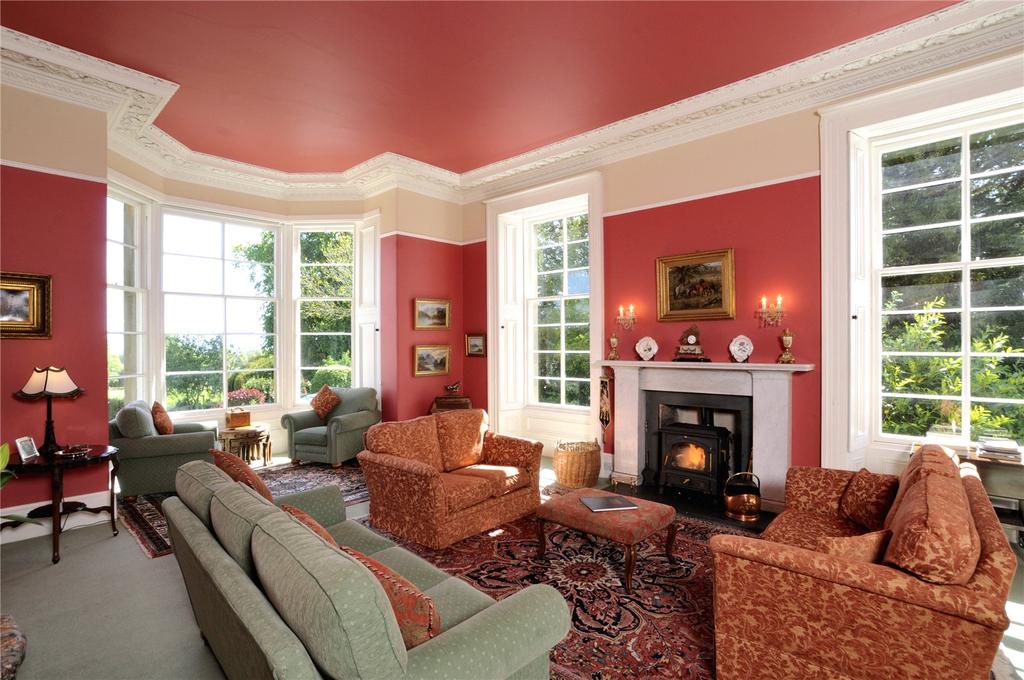 Owned by the Pate family since 1913, the house was built by a local estate manager, Robert Ainslie, for his son. The two symmetrical wings were added later, in 1855, using stone from a different quarry that gives the building its pleasant, two-toned exterior. Legend has it that Robbie Burns visited the site as a guest of the Ainslies before the house was finished. 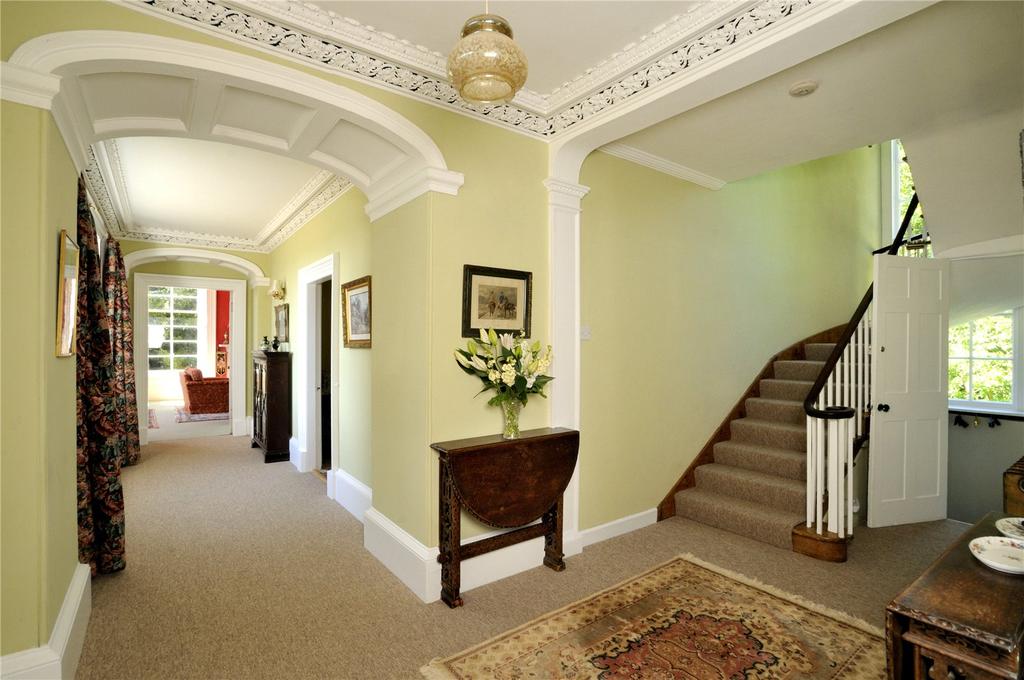 For sale through the Edinburgh office of Savills for ‘offers over £800,000’ for the whole, Cairnbank comprises the main house with 5,645sq ft of accommodation, plus several more spaces. 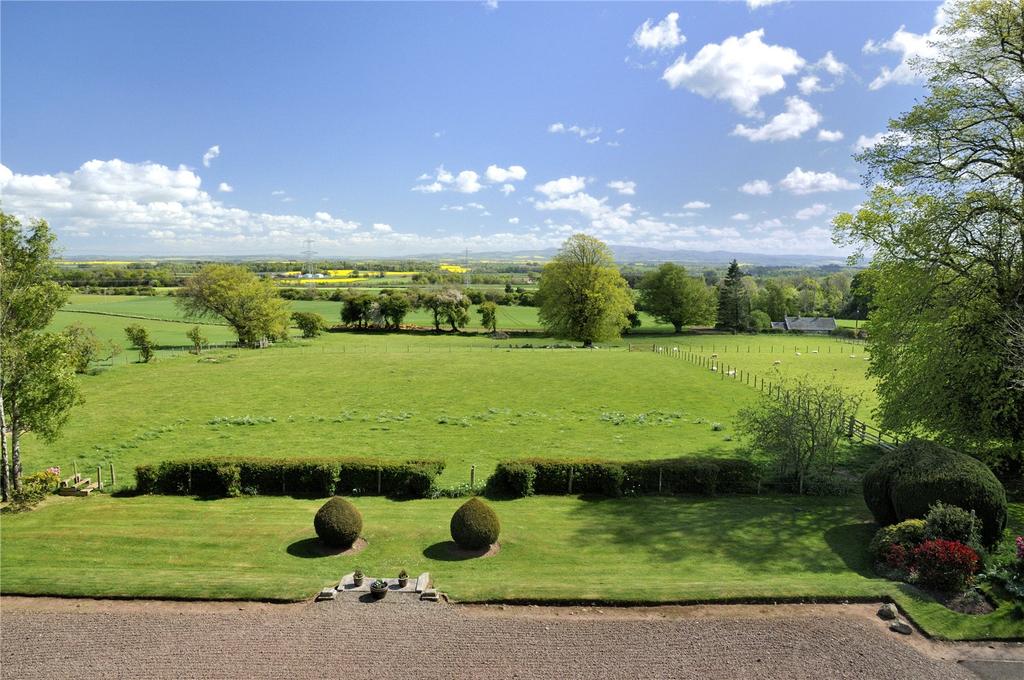 The house has a slightly unusual four-storey layout, with the basement divided into two self-contained apartments, one in each wing.

On the ground floor there’s a fine entrance hall, drawing room, sitting room, kitchen and dining room, with the latter having an en-suite bathroom off to one side, making it a potential guest room for those who may struggle with stairs. 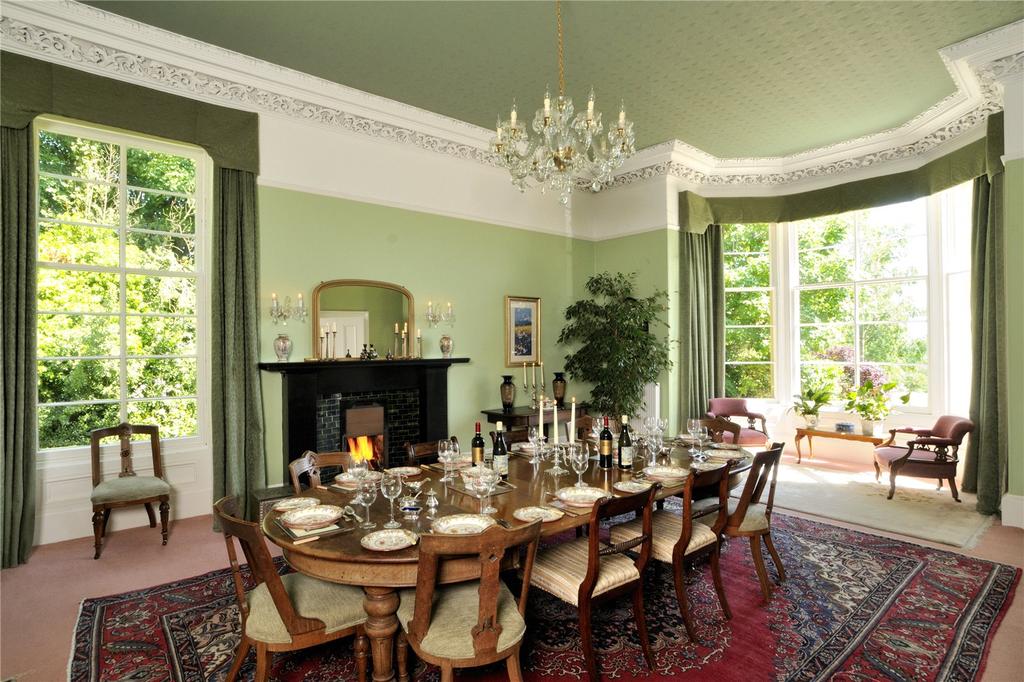 The first floor has three bedrooms and a study, with the master suite having an en-suite with a very large dressing room off to one side. 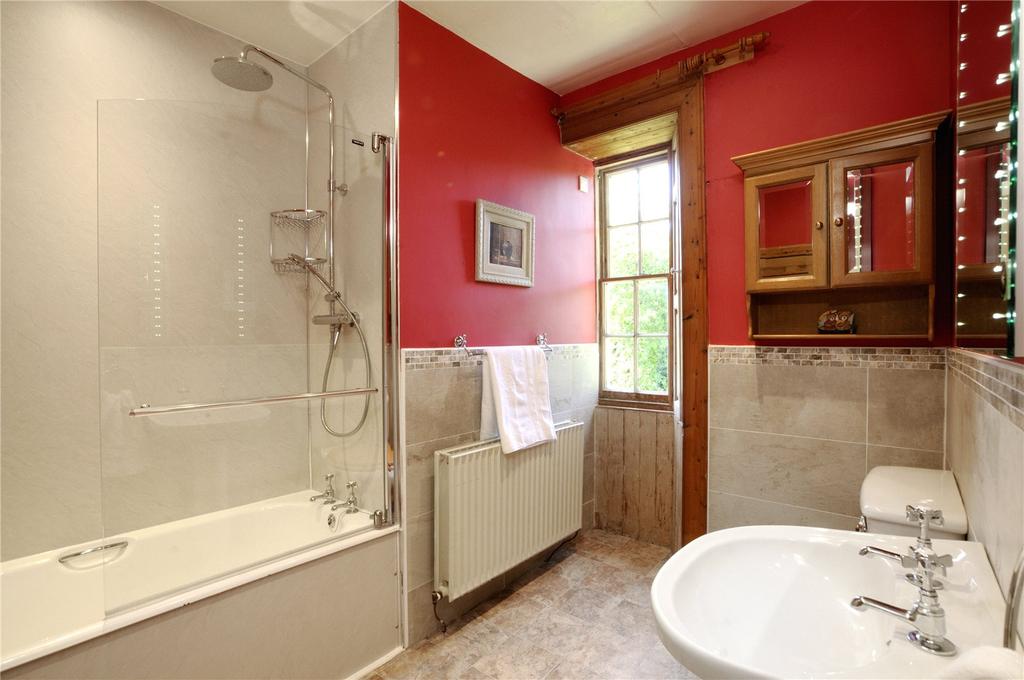 Above on the second floor are two further bedrooms. For those needing more accommodation — or hoping for holiday lets to produce some income —  there are a further two flats in the converted coach house, plus the one-bedroom Blue House located down the road. 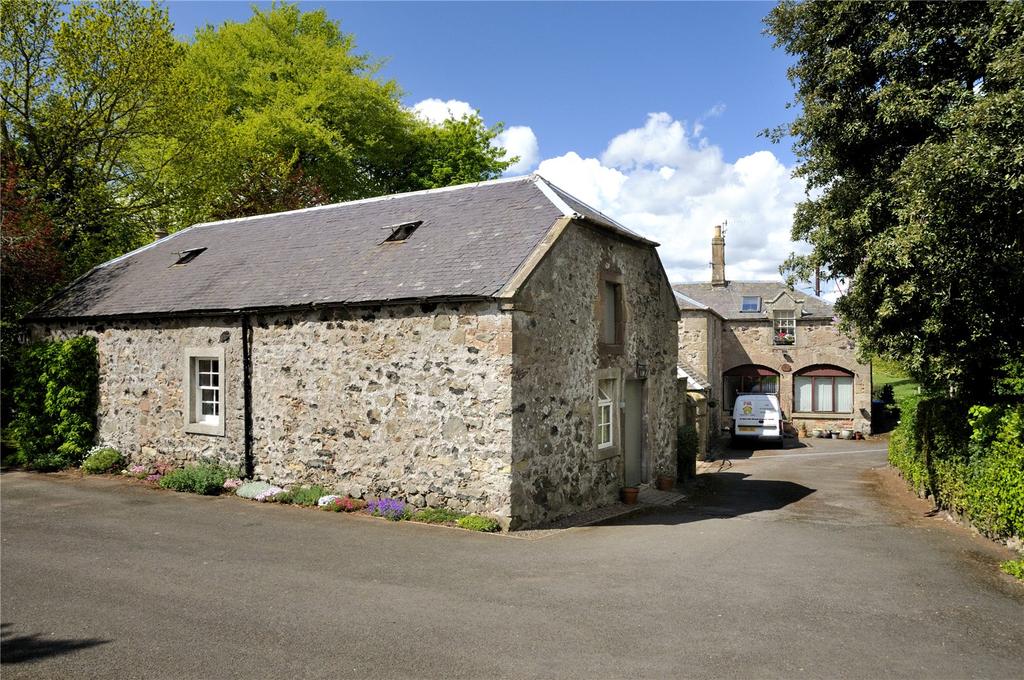 Within the eight acres of grounds there is a paddock and stables, while there is also a large lawn area as well as other pretty garden sections lined by trees. 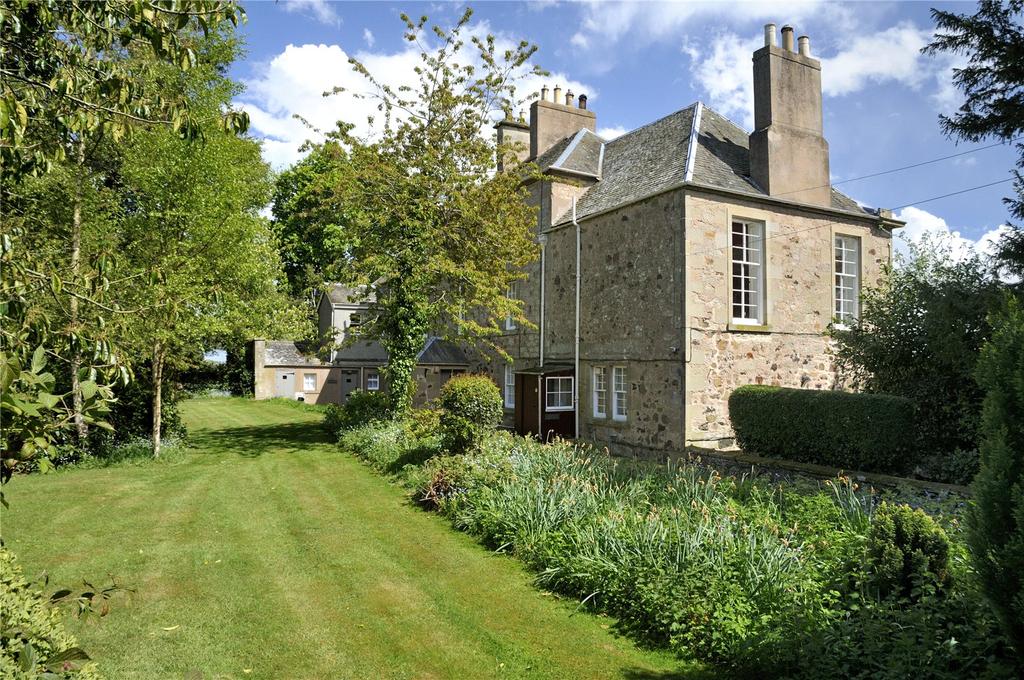 Duns itself is roughly half-way between Edinburgh and Newcastle, and about 20 minutes from the coast, making it potentially commutable — certainly a couple of times a week, at least — from either.

Cairnbank House is for sale via Savills at £800,000 — see more details and pictures. 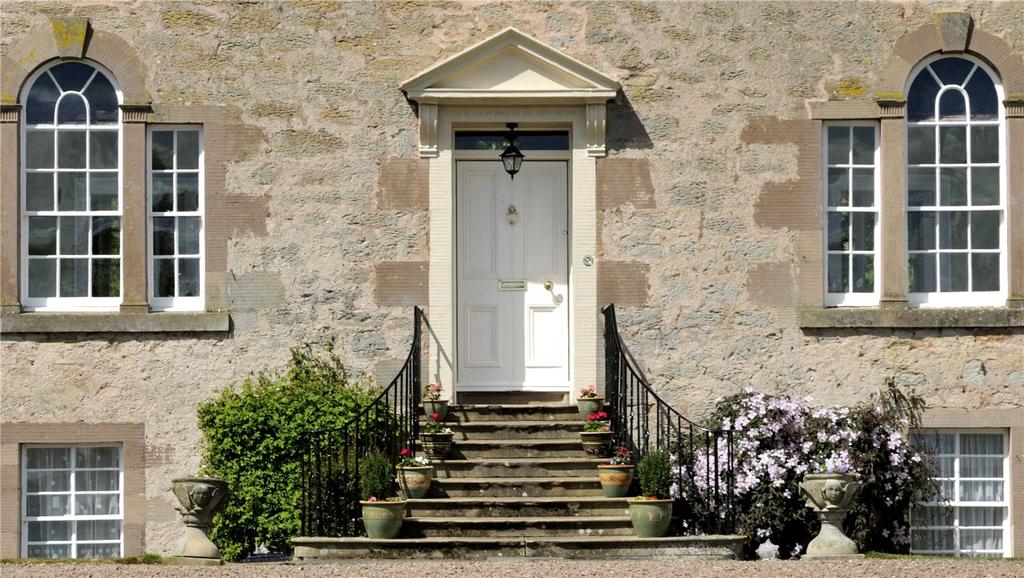