It's not often that great country houses come to the open market in Cheshire — but two have arrived at once in the form of Cogshall Hall and Cogshall Grange.

Grand Georgian country houses are relatively rare in Cheshire, which makes the presence of not one, but two at the heart of the Cogshall Hall estate near the village of Comberbach, in the west of the county, worthy of special mention. Both the main estate house, Grade II*-listed Cogshall Hall, and its former lodge, Grade II-listed Cogshall Grange (described by Pevsner as ‘ambitious’) were built for wealthy landowner Peter Jackson in about 1830.

Now impeccably restored and updated by the current owners, they form part of an impressive grouping of period buildings at the core of a 99-acre residential-and-farming estate for sale through joint agents Jackson-Stops and Knight Frank at a guide price of £12.5 million. 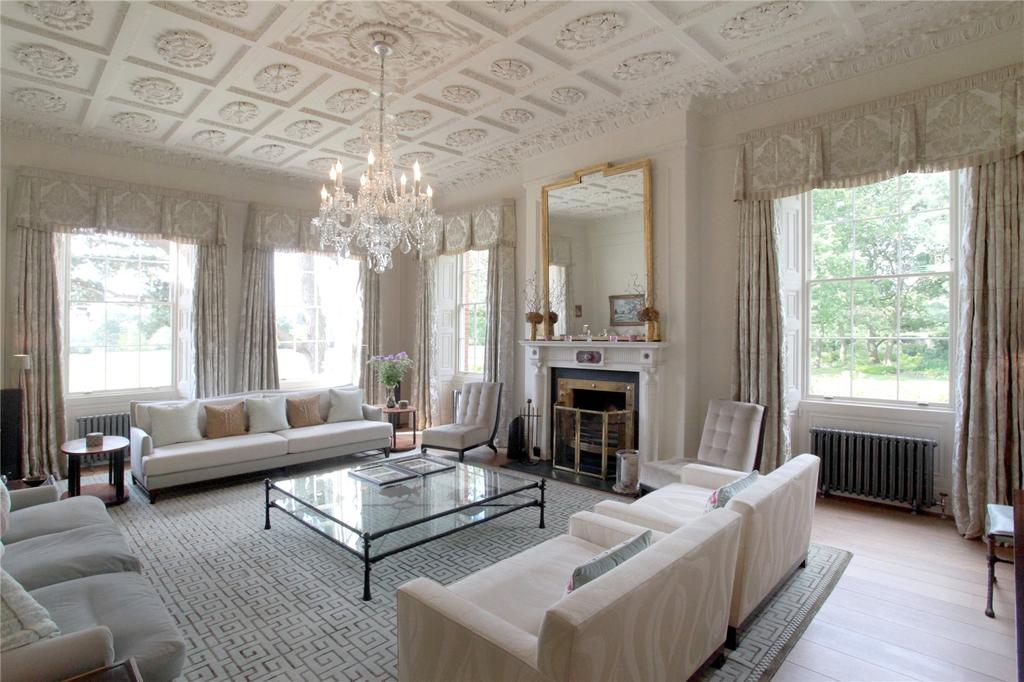 The north side of a large cobbled courtyard behind the Grange has been converted to a three-bedroom cottage, with an office suite and a large party barn on the west side. 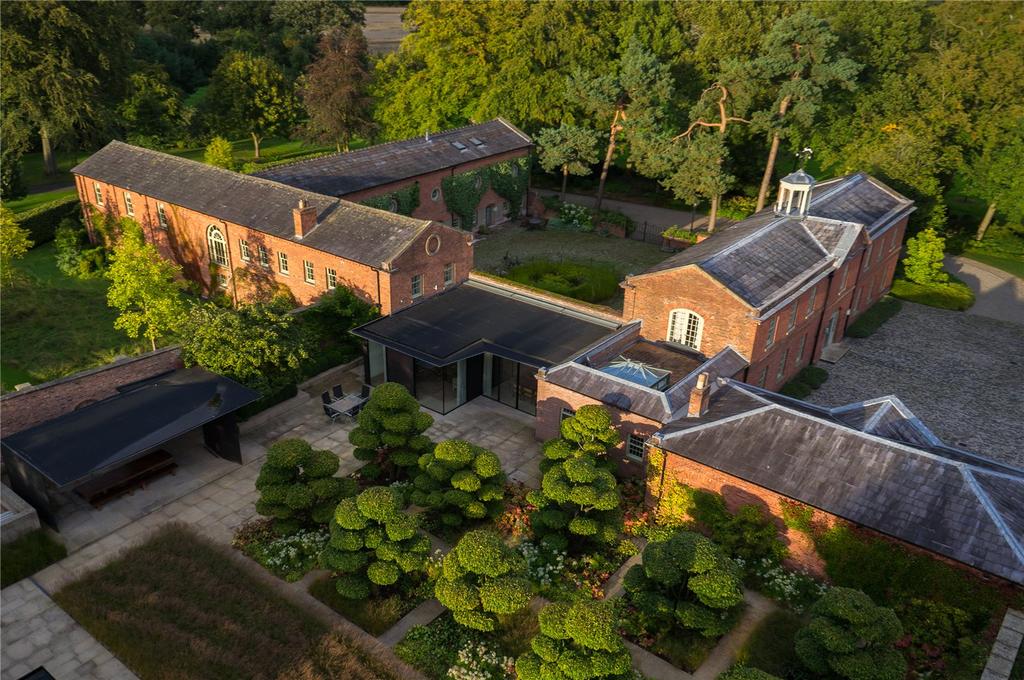 Described in its listing as ‘a good and complete example of a late-Georgian country house’ and in Peter de Figueiredo’s Cheshire Country Houses as ‘a house of note’, Cogshall Hall is built of Flemish-bond brick under a grey-slate roof, with a flat-roofed kitchen wing added to the rear in the early 1900s. 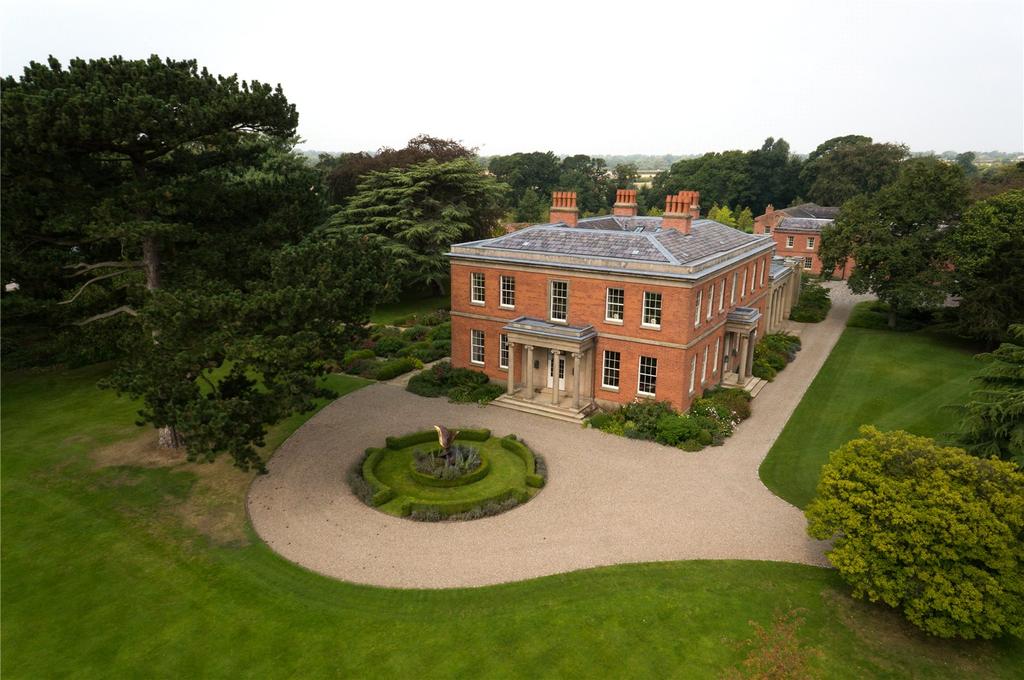 It’s classically symmetrical in style, with exceptional ceiling heights to both the ground and first floors. 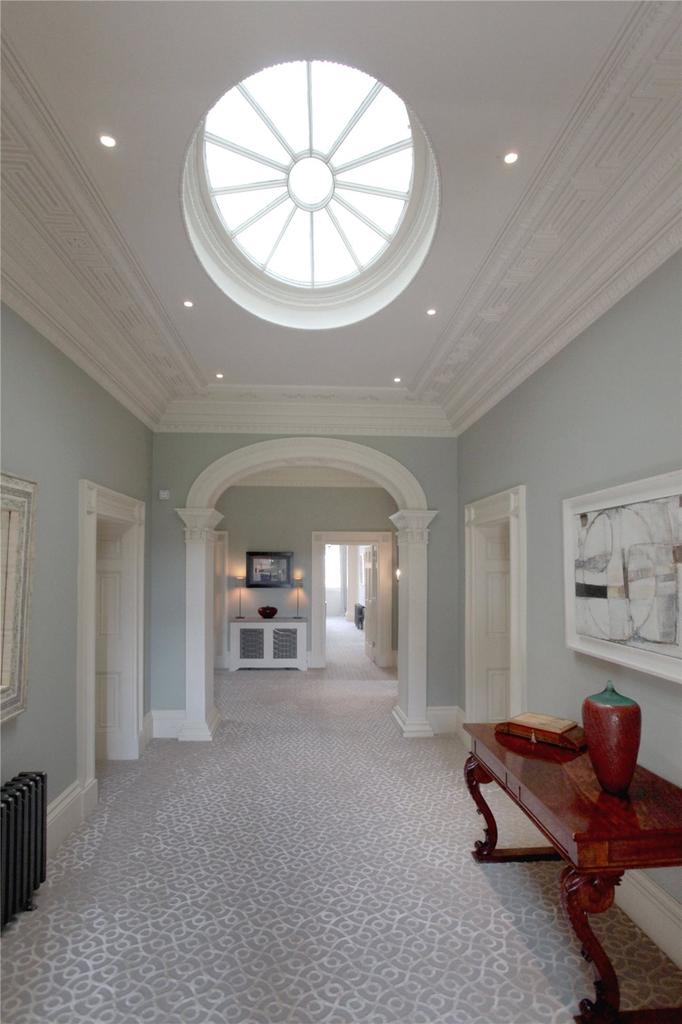 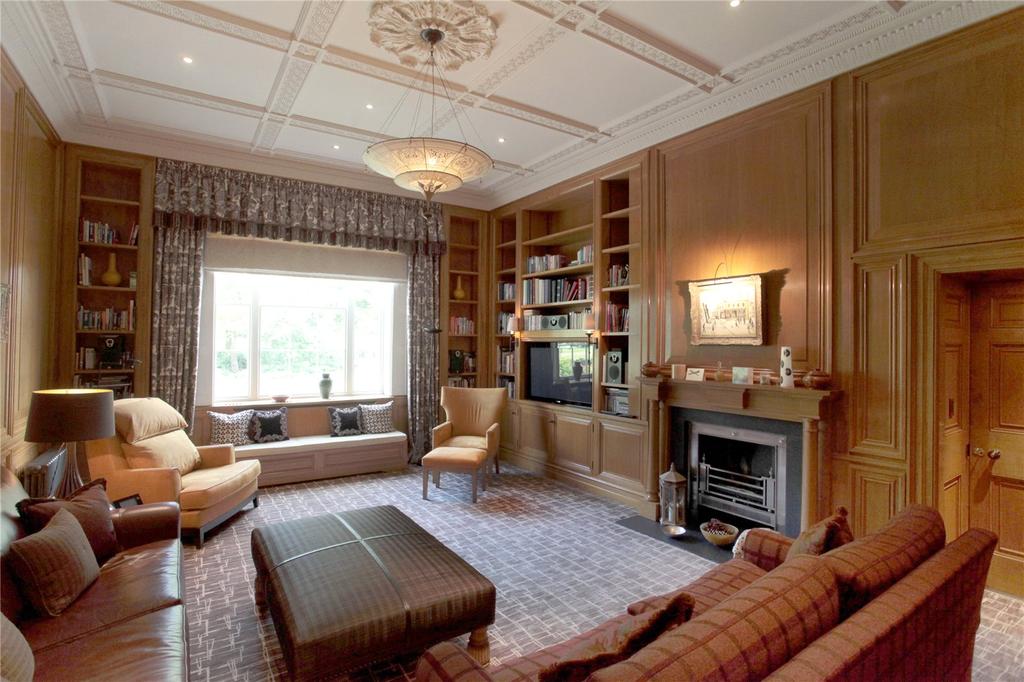 More modern additions include oak panelling in the library and snooker room and bath/shower rooms lined with marble and fitted with copper sinks. 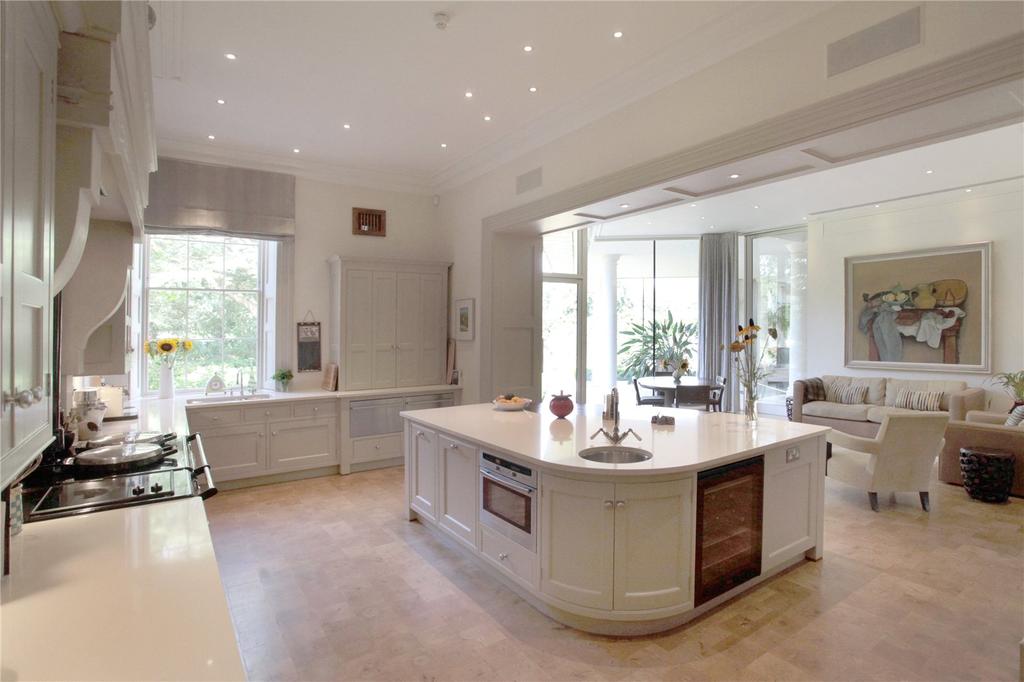 In all, the hall offers some 11,800sq ft of elegant accommodation on two floors, including four main reception rooms, a kitchen/breakfast/morning room, a boot and dog-washing room — plus a wine cellar below. 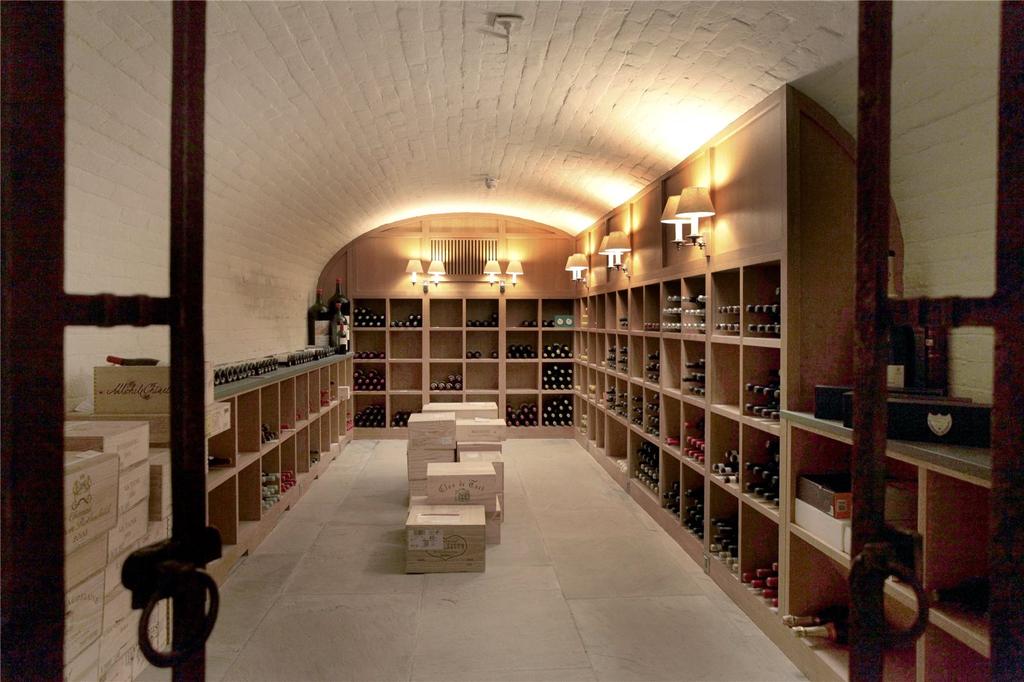 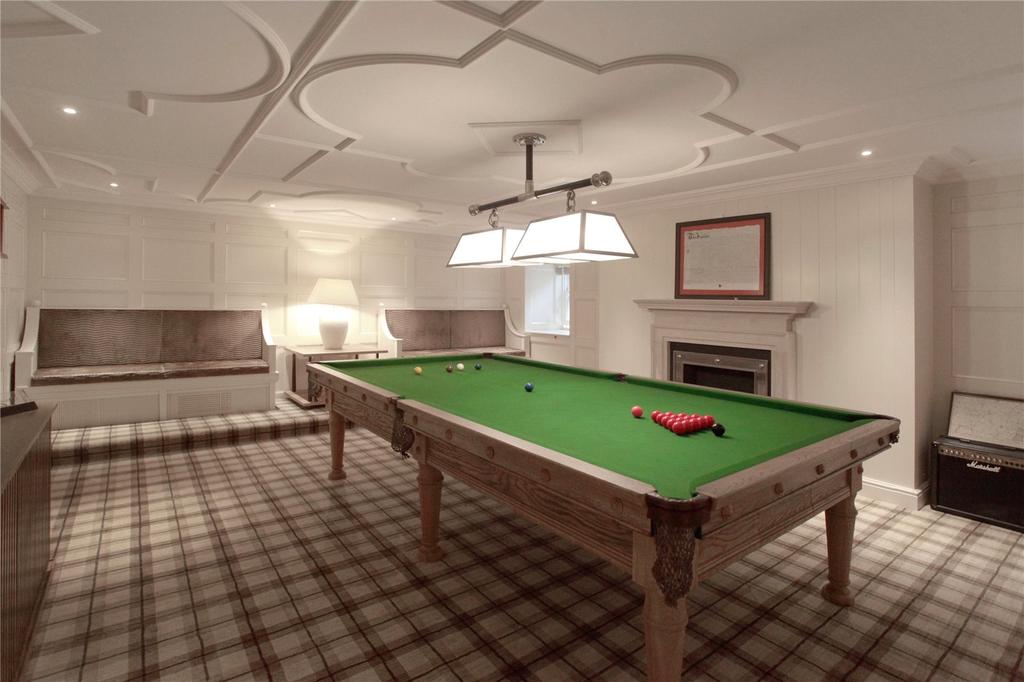 The largest modern addition to the house is the stone-and-glass leisure suite added in 2006. 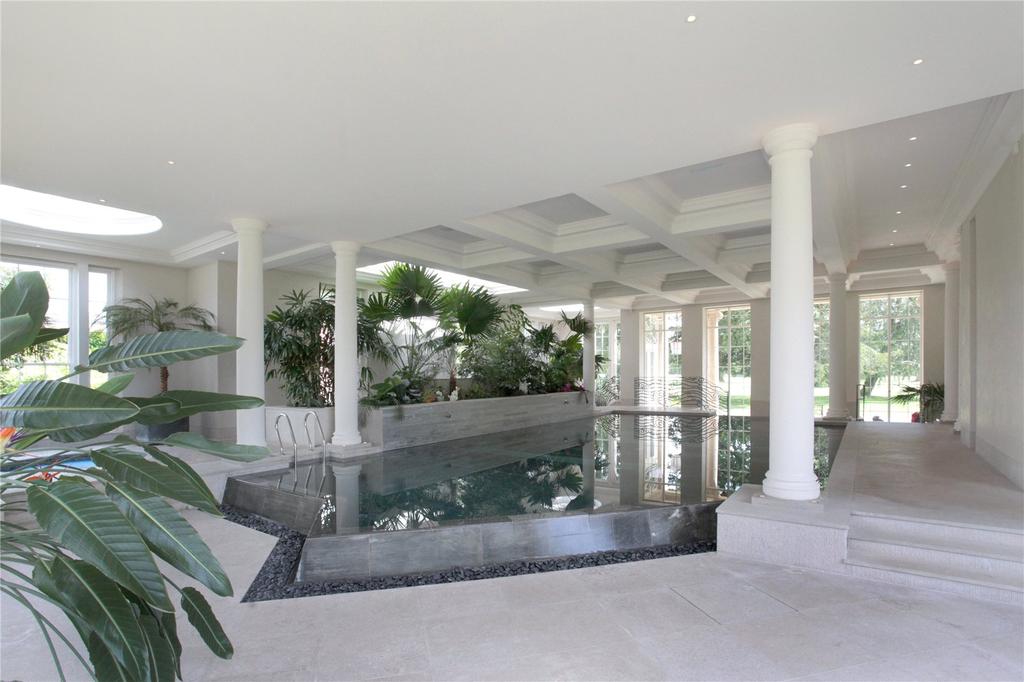 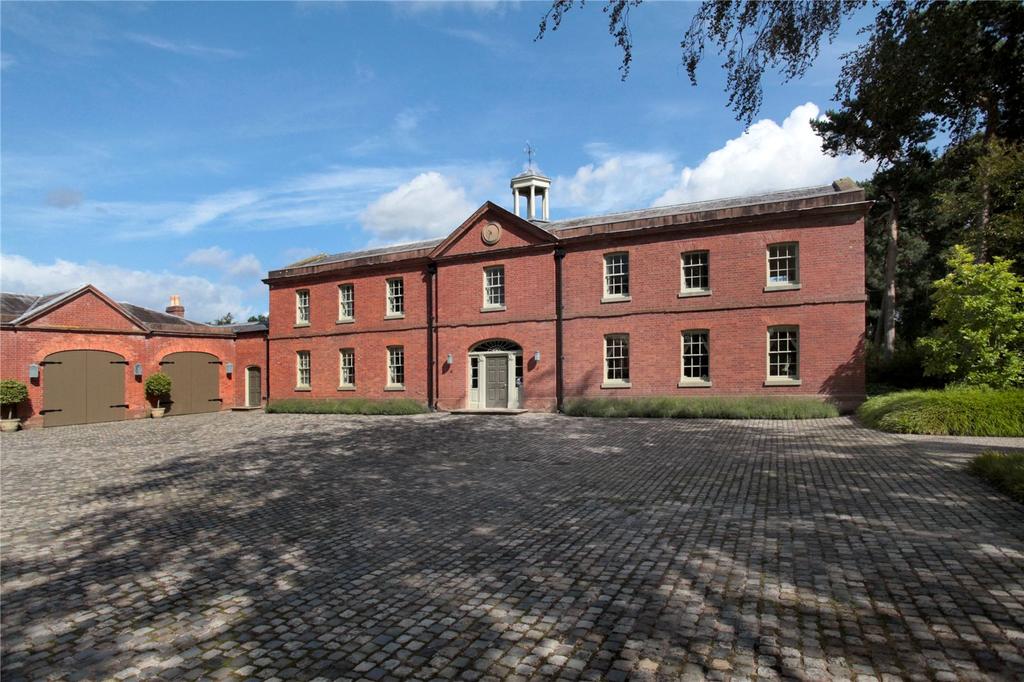 Ring-fenced by its own extensive wooded grounds and approached off a quiet country lane, Cogshall Hall is a haven of tranquillity, yet is less than 10 minutes from the M56, which links this part of Cheshire with the rest of the North-West and the UK, via the M6. 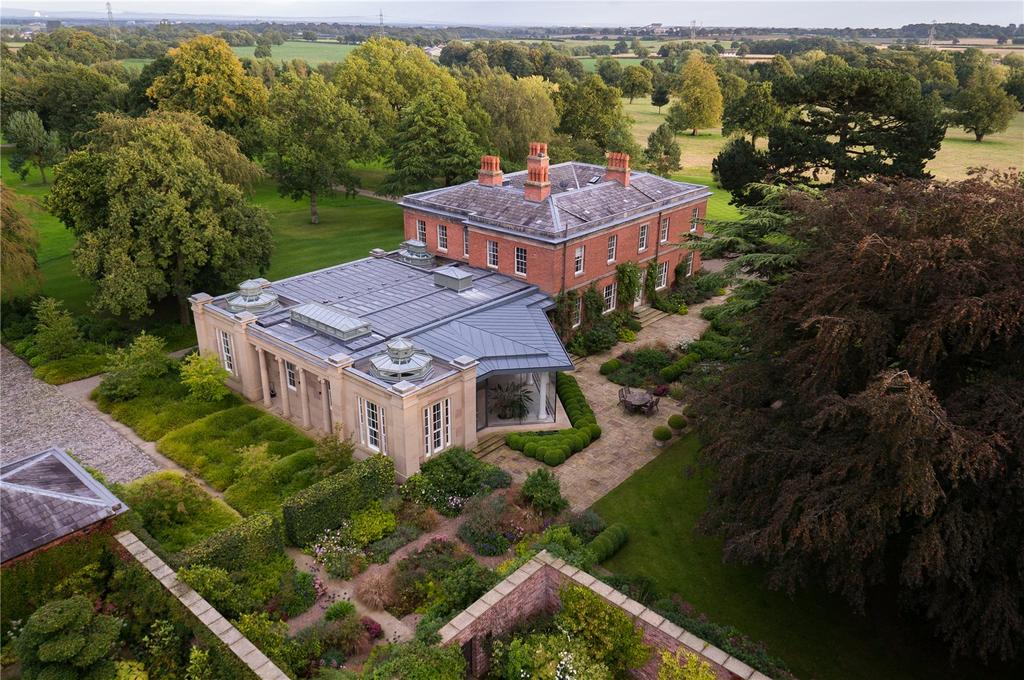 The gardens have been restored and transformed by master garden designer Tom Stuart-Smith into an inspirational setting for the complex of buildings.

The Cogshall Estate is for sale via Jackson-Stops and Knight Frank at a guide price of £12.5 million — see more details and pictures.