This home, built in the 17th century history, has history which stretches back even further in this quaint village in Somerset, yet the latest owners have brought it up to date with everything from a dining kitchen to a heated swimming pool.

Fresh onto the market at a guide price of £1.15m through Knight Frank, comes The Old Rectory at East Chinnock in Somerset – a thriving small village with a 17th-century church, pre-school, pub and post office, some 3½ miles west of Yeovil along the A30. 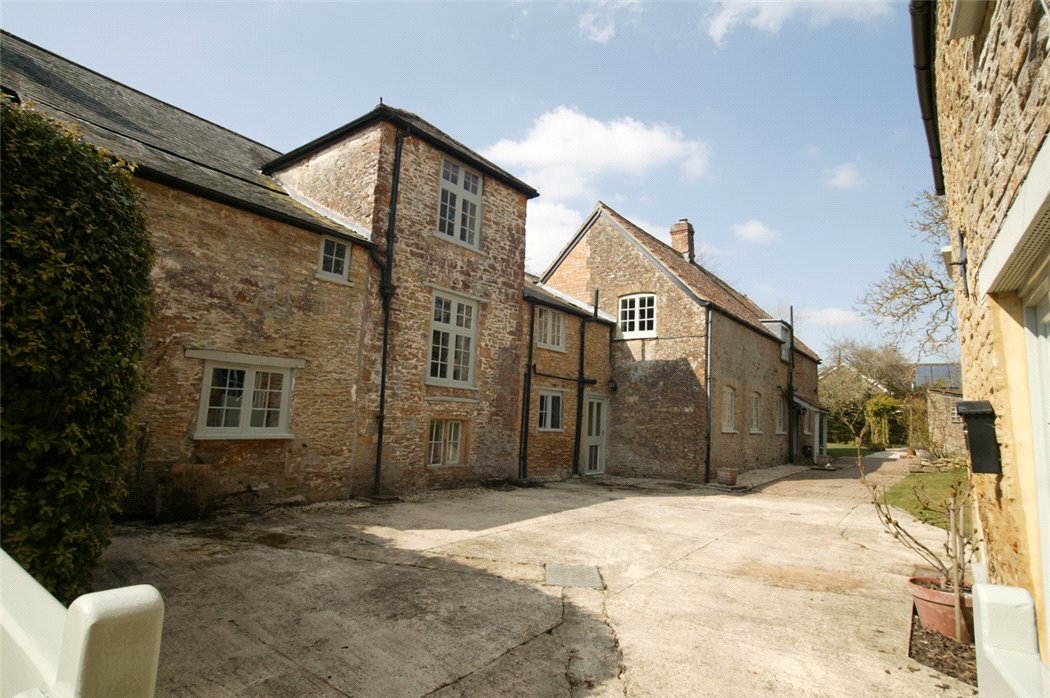 The Old Rectory, listed Grade II, probably dates from about 1680 and was altered and extended in both the Georgian and Victorian periods.

Built of Ham stone on two storeys with slate and Roman clay-tile roofs, it has been the family home of the current owners for the past 15 years, during which time they have restored and updated the house. Among the additions are a a smart conservatory to create an inviting new kitchen, an excellent family space for eating and entertaining. The house, clad in mature wisteria, stands in just under an acre of well-laid-out gardens, where a high stone wall conceals a heated swimming pool and a small orchard. The main building provides more than 4,700sq ft of surprisingly spacious accommodation, including four/five reception rooms, six/seven bedrooms and three bathrooms; three of the bedrooms, including the master, have lovely views over the village and the surrounding countryside. The present owners have also converted the former coach house to a self-contained, two-bedroom guest cottage with obvious letting potential. This is a property with fascinating history. The manor and church of East Chinnock were endowed to the 12th-century Cluniac Priory founded at Montacute by William, Earl of Mortaine, and held by the priory until its dissolution in 1538–39. In 1561, the manor was bought by Henry Portman, in whose family it remained until 1924, when lands and property belonging to the estate were sold.

The Old Rectory at East Chinnock is for sale for Knight Frank at £1.15m – see more pictures and details.