One of the great Dartmoor estates has come up for sale — a place which inspired one of the most famous detective stories in history. Penny Churchill takes a look.

The early spring campaign in the West Country kicks off in style with the launch onto the market of one of Dartmoor’s most historic and picturesque demesnes, the 783-acre Leighon estate at Manaton, on the eastern edge of the Dartmoor National Park, which comes with a guide price of £4.5 million through the Exeter office of Knight Frank.

The estate stands in a magical wooded valley traversed by the Becka Brook, in the lee of one of Dartmoor’s most striking landmarks, the great granite mass of Hound Tor. Legend has it that the granite outcrops surrounding the tor were originally a pack of hounds turned to stone by a witch’s curse. The site is also said to have been the inspiration for Sir Arthur Conan Doyle’s The Hound of the Baskervilles. 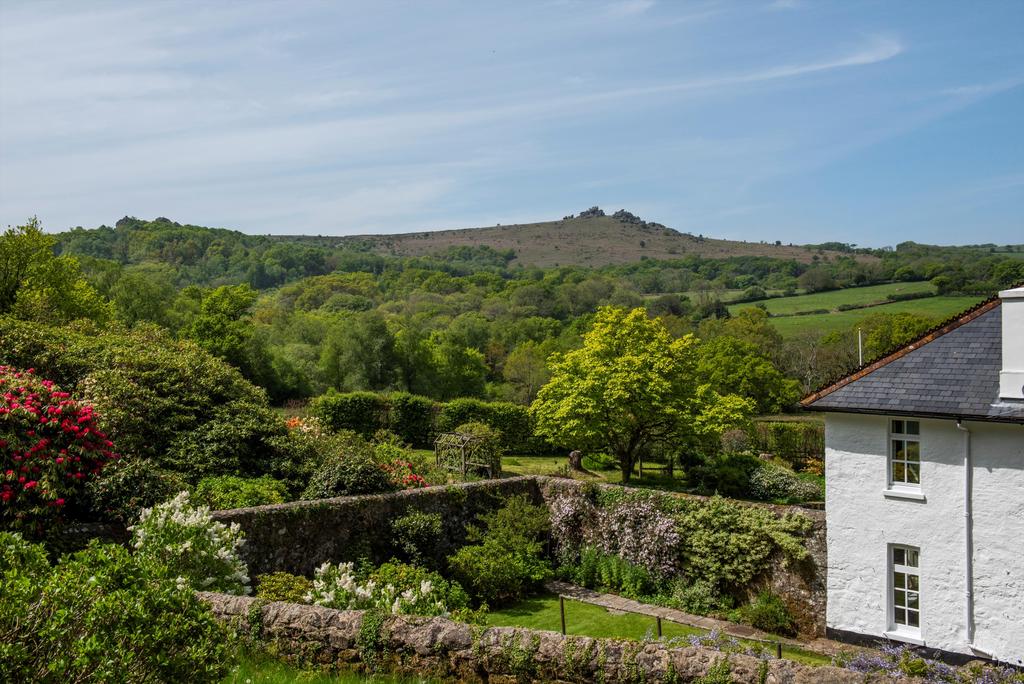 Leighon is approached from a quiet country lane close to the sparkling Becka Brook, which meanders alongside the drive, through woodland and massed banks of rhododendrons, to the entrance of the main house itself. A double front door leads through a small entrance hall to a larger entrance hall beyond. 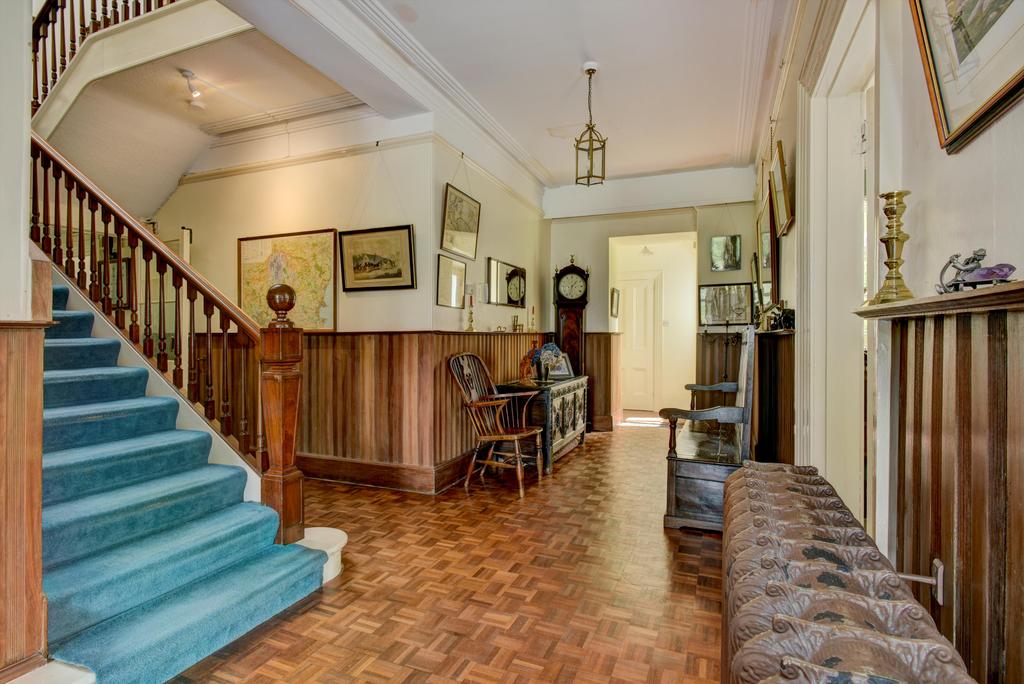 The house, which boasts 5,160sq ft of well-organised living space, excluding the staff annexe, the pretty, two-bedroom Lodge Cottage and an extensive range of period outbuildings with potential for redevelopment, is equally suited to large-scale entertaining and comfortable family living, with three reception rooms, an open-plan kitchen/breakfast room, eight bedrooms and four bathrooms. 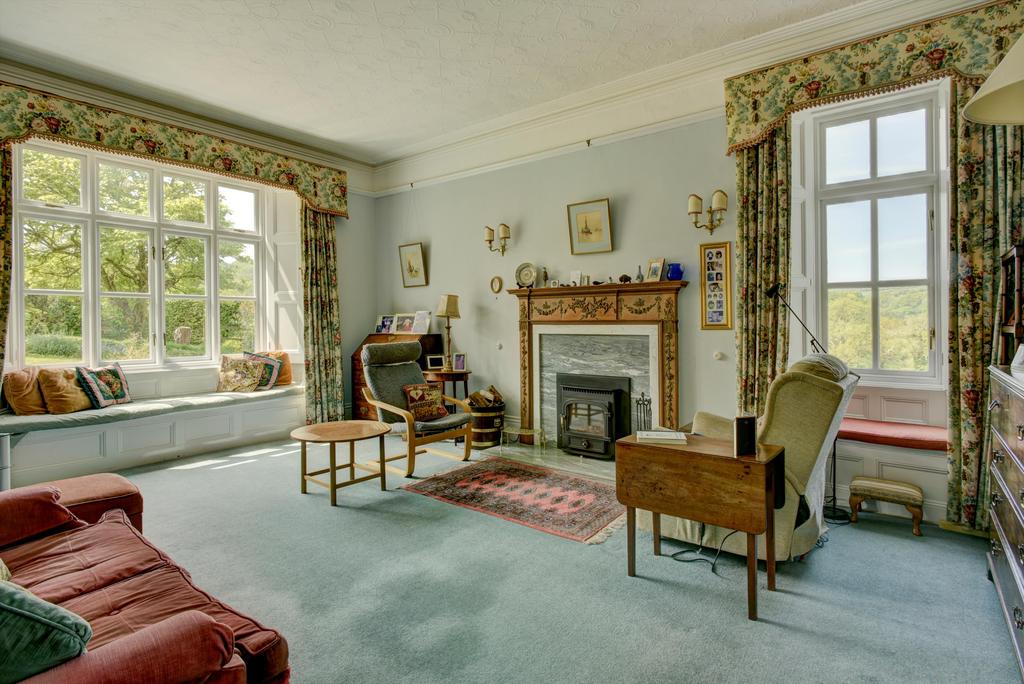 There is no doubt that some updating is required, as the pictures here show. It does seem to be simply cosmetic, however: the house as it’s presented today has great period charm, though we’re certain that a new owner making this level of outlay will want to redecorate throughout.

Although the outstanding feature of the Leighon estate is the inspiring panoramic view over Dartmoor, a more intimate environment is provided by the beautiful formal gardens around the house, which include well-stocked herbaceous borders, immaculate lawns and rhododendrons, in addition to the banks of rhododendrons that line the drive. 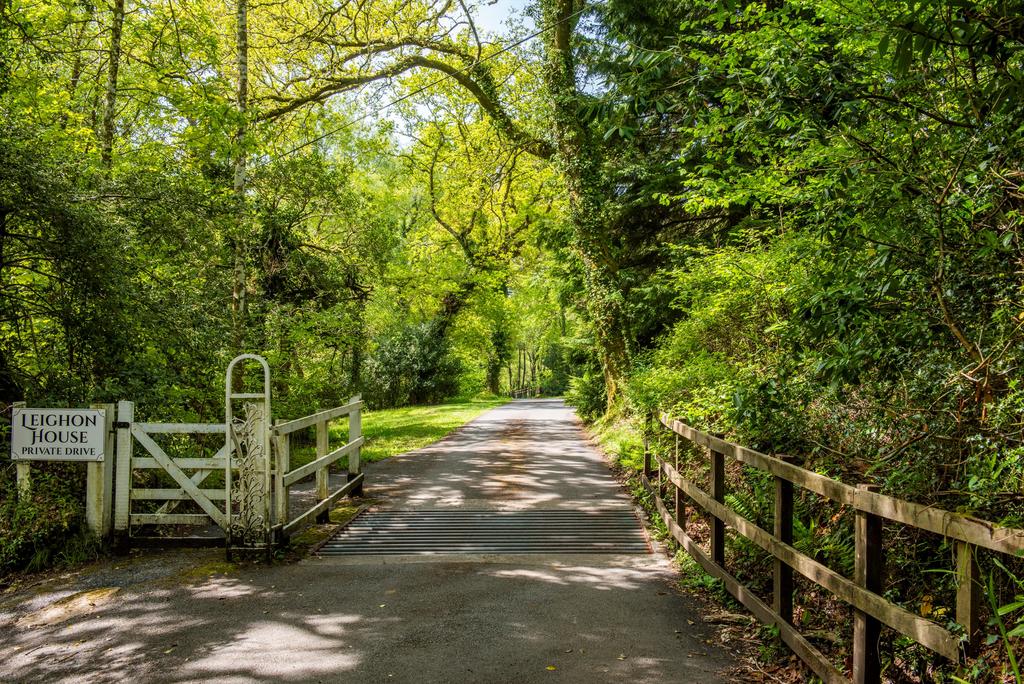 Behind the house is a sheltered walled garden with colour-filled borders and a productive vegetable garden. 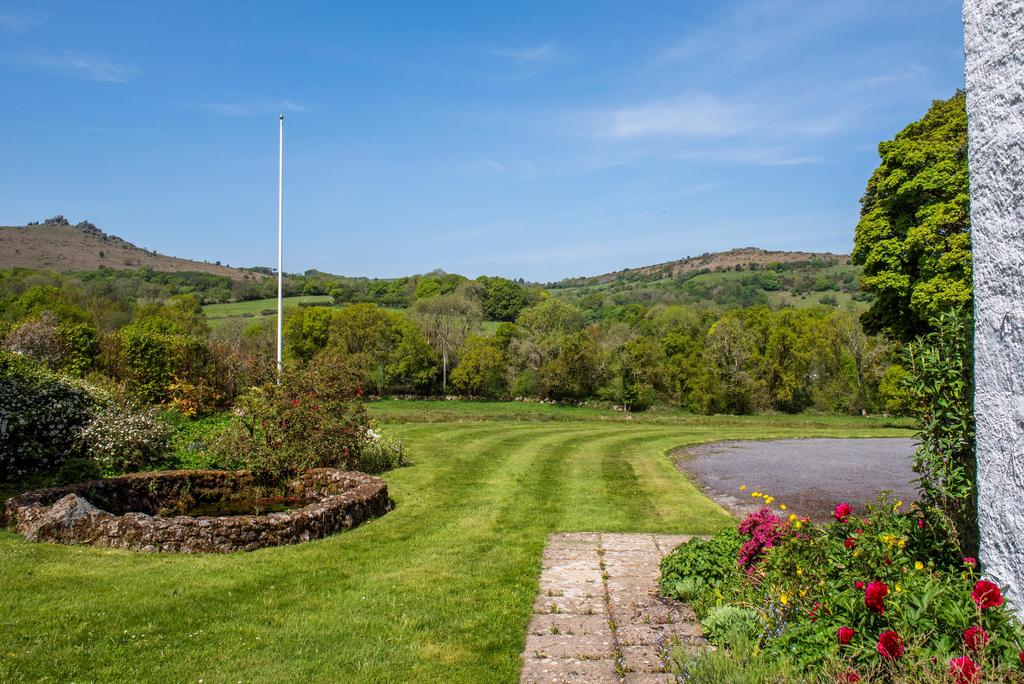 Beyond the formal gardens, the estate land is wonderfully diverse, with the Becka Brook running through the valley and a series of lakes creating magical areas for walking and riding, as well as the potential for a family shoot. Some 37 acres of pasture and 413 acres of moorland provide excellent grazing over the whole farm, with a further 118 acres of woodland also available.

People have lived and worked in this part of Devon since at least the 1st century BC, when the Romans founded tin mines on the high moor around North Bovey and Manaton. During the Middle Ages, a combination of population growth and mild weather encouraged livestock farmers to move higher up onto the moor.

With wild animals roaming the open tops, precious farm animals were housed indoors, livestock at one end of the dwelling and families at the other. This led to the creation of the Devon longhouse, at least four of which were found in the remains of a medieval village excavated at Hound Tor in the 1960s. 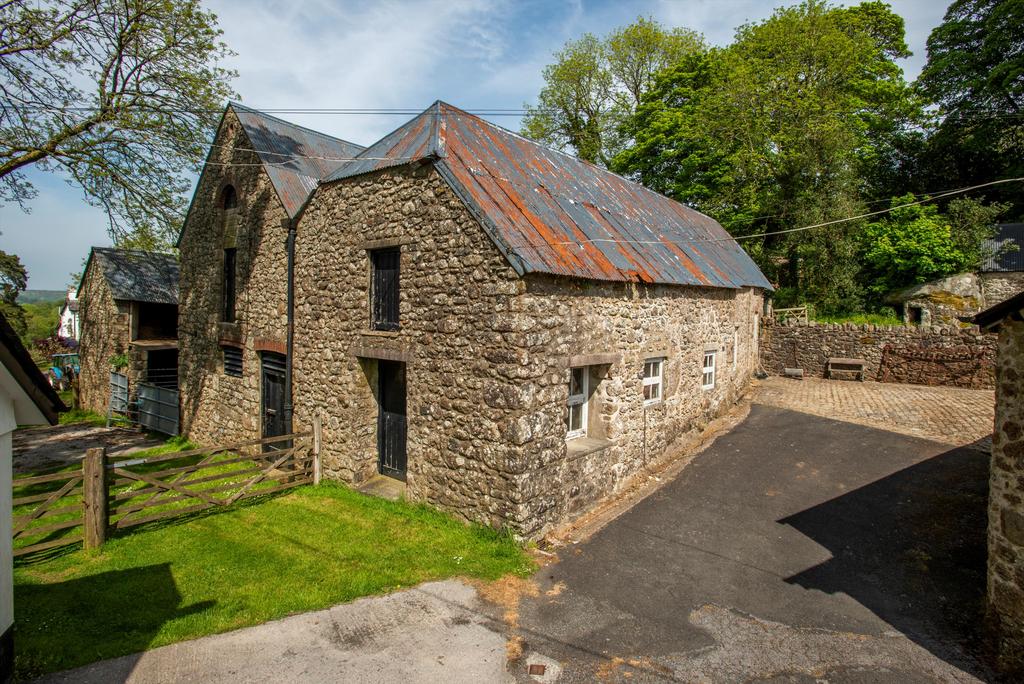 The once much larger Leighon estate is steeped in history, and local records trace the occupancy of the estate and its now-ruined Greator Farm from at least the 13th century.

The Norsworthy family are believed to have lived at Leighon from the 1500s until the late 1800s, when the Revd R. R. Wolfe bought the estate and transformed a former Devon longhouse into the substantial manor farmhouse seen today.

This is famous sporting country and when, in 1902, the Revd Wolfe decided to sell, the Leighon estate comprised ‘some 1,500 acres, including the Heytor valley, beloved of foxes, and a pleasant residence at its northern extremity. With the twofold object of the interests of the hunt and his convenience as master, Mr Singer (Washington Singer of sewing-machine fame) bought the estate for £9,500; and although his own convenience was better served by the development of motor cars that soon followed, the advantages to the hunt from his ownership of this property has ever since been very great.

He was also the owner of Blagdon Barton, near Paignton, a favourite fixture for the pack in his time… The shooting, too, of the great woodlands of Berry was at this time in the hands of the MFH, a fact which contributed in no small measure to the sport in that part of the country.’ (Edward J. F. Tozer’s The South Devon Hunt, 1916).

The Singer family sold the estate, but reacquired it in 1952. In 1977, the present owner’s family bought Leighon House with some 588 acres of freehold land and a quarter-share of 195 acres of grazing moorland over the aforementioned Hound Tor.

The Leighon Estate is for sale via Knight Frank at £4.5 million. See more property in the area.