Trending:
Half-way between London and Oxford is Lion House, a converted coaching inn in beautiful condition, which is on the market for the fifth time in more than two centuries. Credit: Michael Graham

Half-way between London and Oxford is Lion House, a converted coaching inn in beautiful condition, which is on the market for the fifth time in more than two centuries.

There are a lot of factors to take into account when buying a house. Size, location, condition, accessibility, potential — you’ll be lucky to get all five just right unless you’re working to a spectacularly big budget, and in a lot of cases you don’t really know how it’ll work out until the delivery van pulls away and real life begins.

There is an oft-overlooked factor which can help with making sure there are no nasty surprises, however: how long people have stayed in their house. My dad always said that when buying a used car, look for one whose previous owner hung on to it for a long time — because cars which break down a lot also get sold on a lot. And so it is with houses: people move on from places which don’t quite work for them, and they stay put in homes which feel right.

The odd short-term tenant is nothing to worry about, of course — life throws all sorts of things at us, after all — but it’s always heartening to see a property whose owners have consistently kept hold of the place. And that’s what we have in the case of Lion House, in the Chiltern village of Kingston Blount — currently on the market for £1.5m — which has had just five owners in its 220 years of existence. 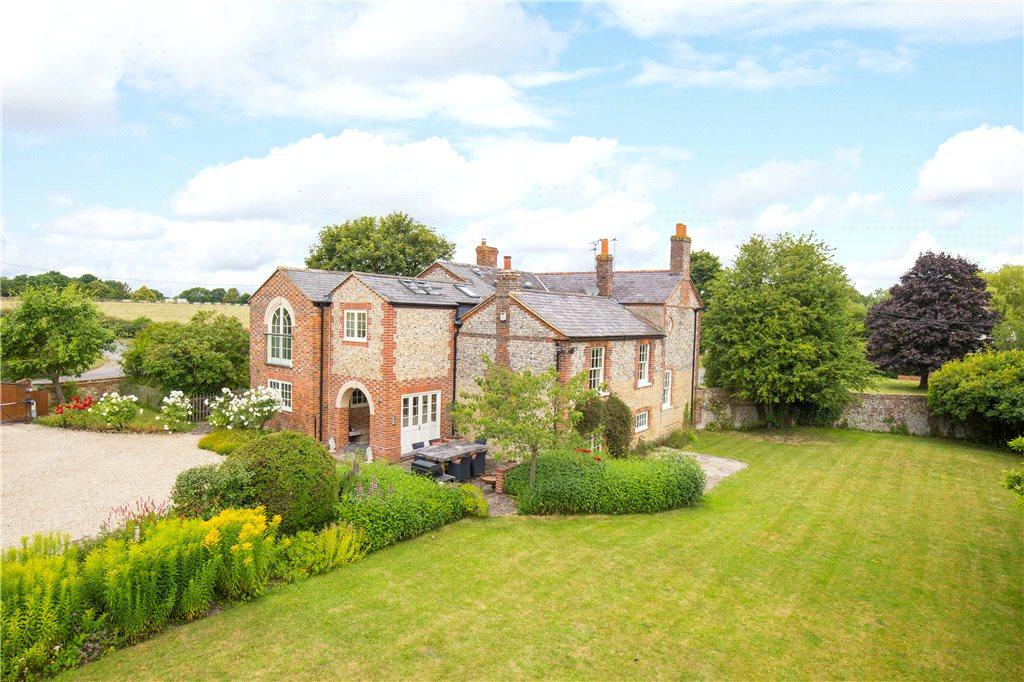 It’s not always been a house. The place was originally built as a pub with a small holding attached, but it was converted into a coffee house in 1887. It stayed in that role for 30 years before becoming a pub again, but since 1947 it has been a home, one which was updated and modestly extended in 2010.

And what a home it is: five bedrooms, four reception rooms and three bathrooms with not far off 3,000 sq ft of space, all beautifully presented in a clean, fresh light manner. 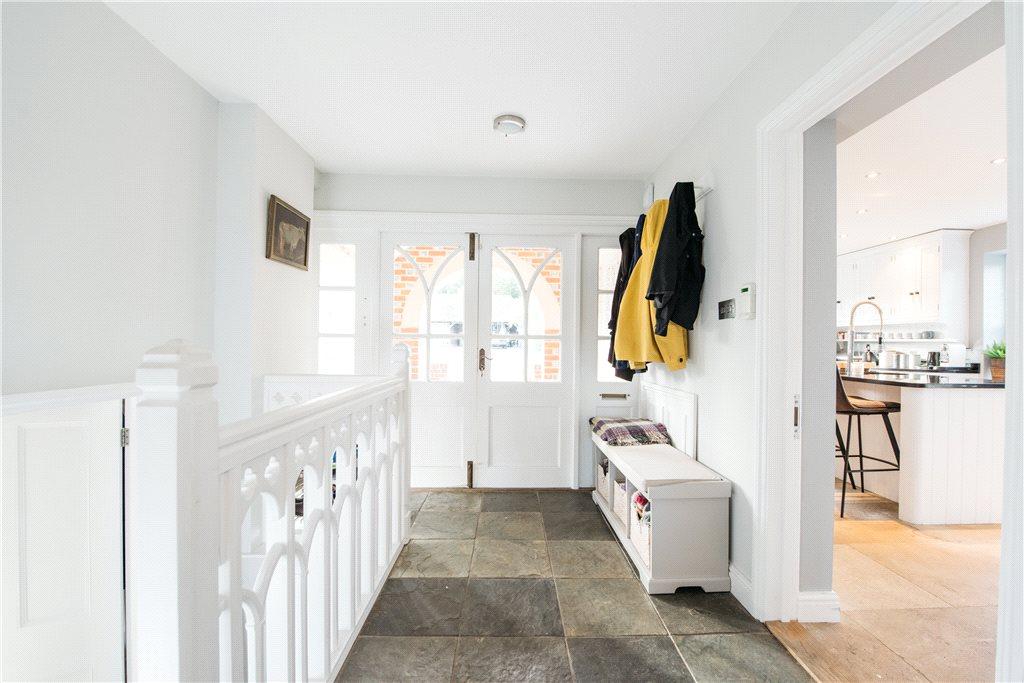 The heart of the house is the huge, open-plan kitchen-dining room, stretching 36ft along one side of the ground floor, with French windows opening out onto a patio and the half-acre gardens beyond. 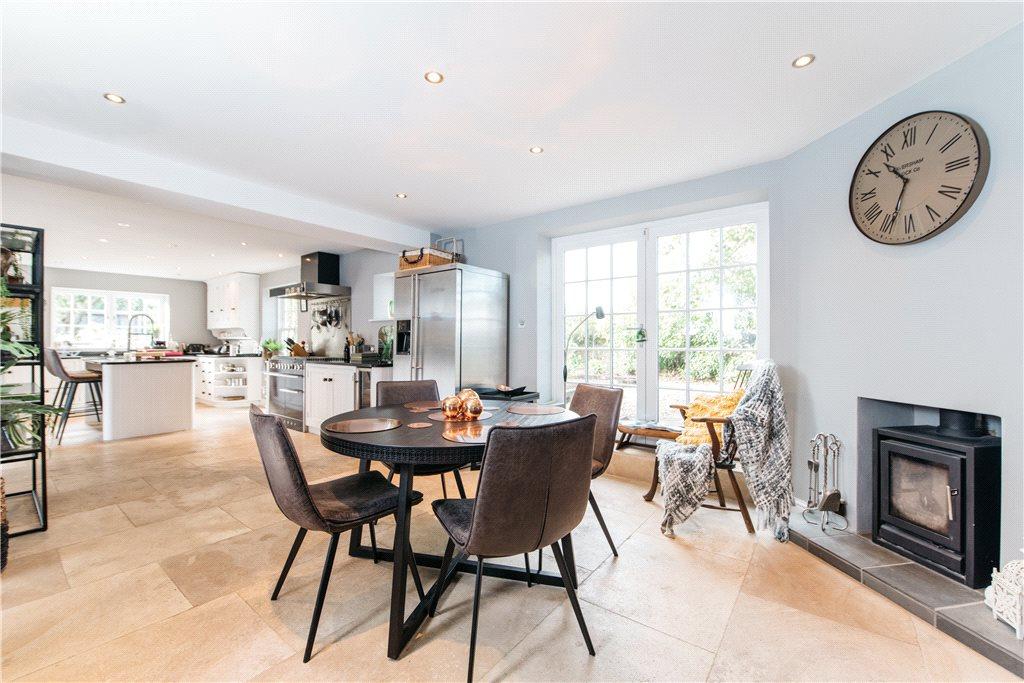 There are also separate sitting and dining rooms and another room currently used as an office-slash-music room, but which might just as easily be a generously-sized children’s playroom. 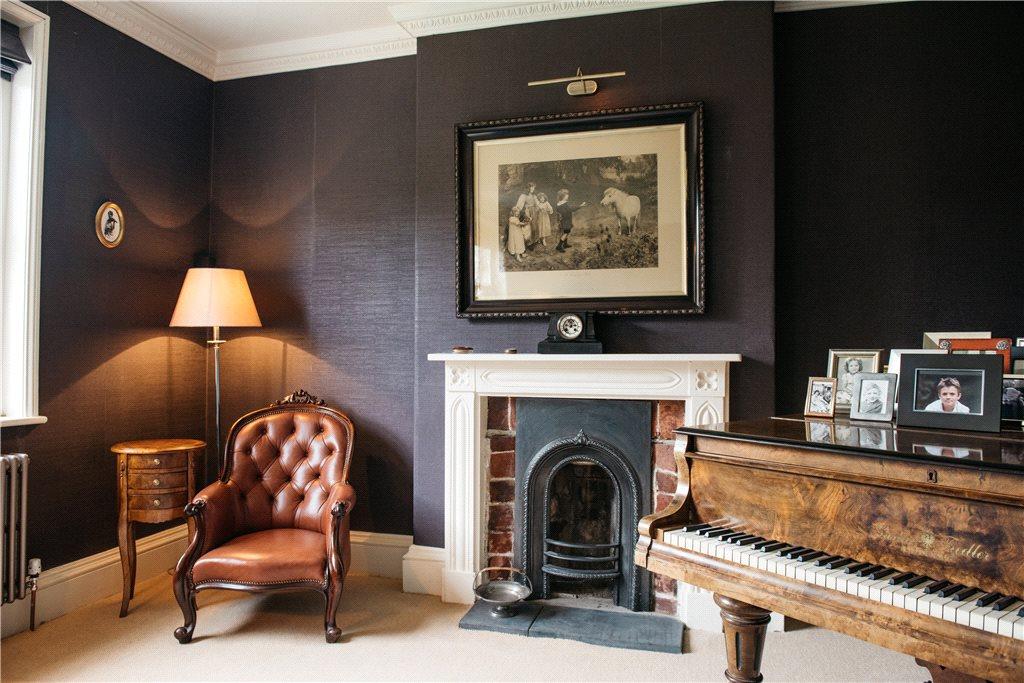 The master bedroom is well worth a special mention, with its high, beamed ceiling and double-door windows opening onto a small balcony. 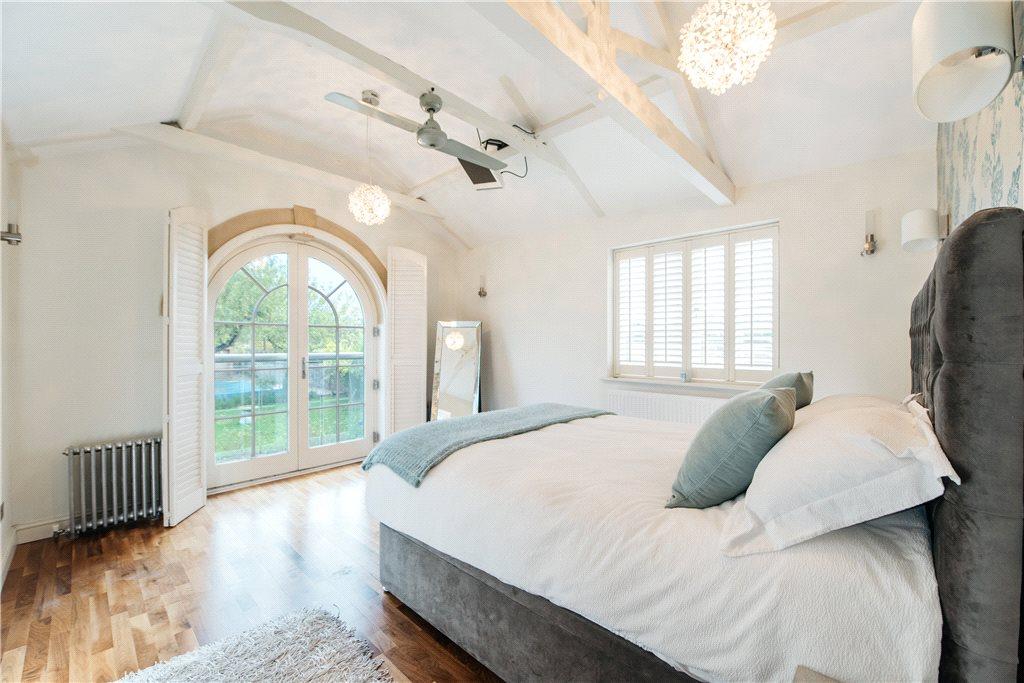 If the extra reception room makes the house sound child-friendly, the aforementioned outdoor, heated swimming pool is even more so. It’s railed off to keep it safe for little ones, and has a chalet-style poolhouse overlooking the water. Estate agents Michael Graham have pulled the trick of photographing it all set up with sun loungers and wine glasses at the ready, but it’s easy to forgive them: this is the sort of house that’s a dreamy spot in summer. 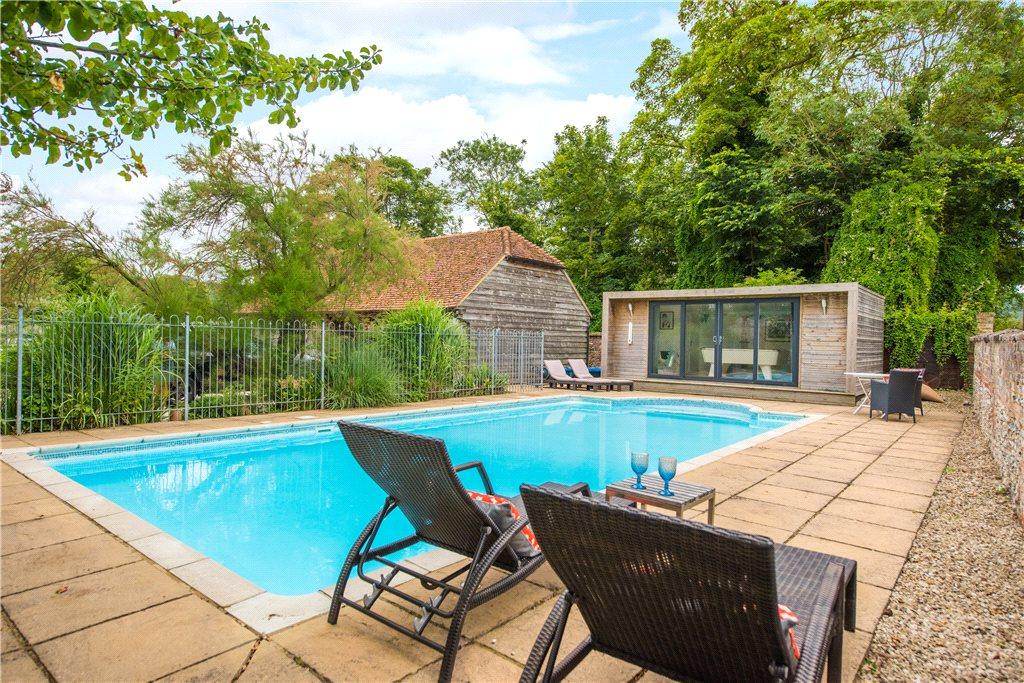 The rest of the gardens are no less idyllic, pretty lawns ringed by trees and shrubs and with a fine sun terrace. 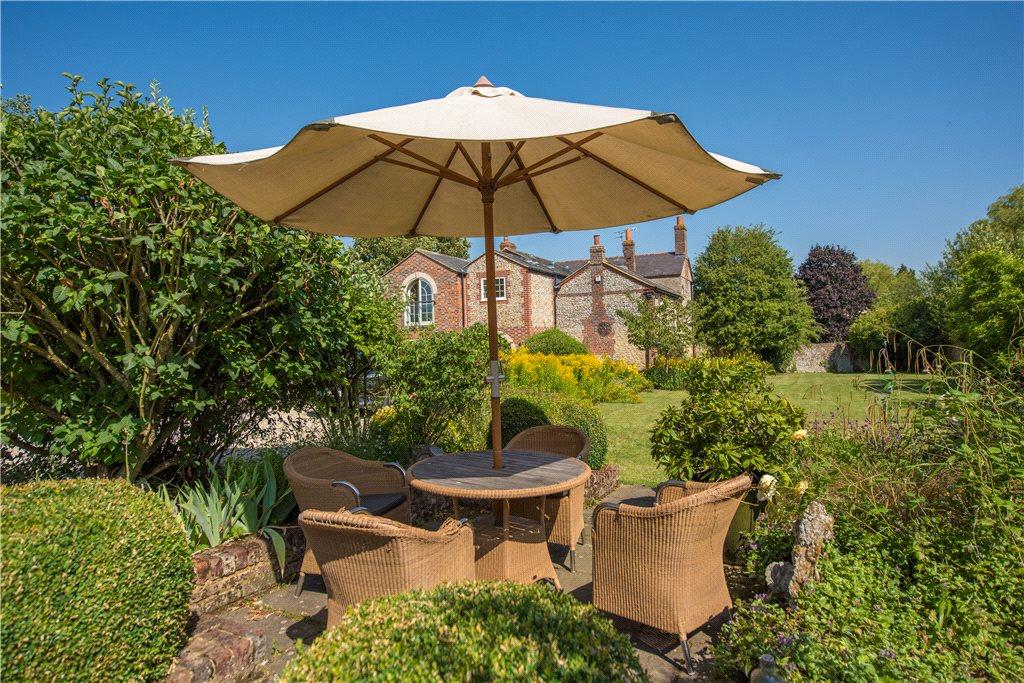 The house was completely refurbished in 2010 with new electrics and boiler, and several of the rooms have bold, modern decor with traditional touches, such as the sitting room with its anthracite walls and open fire. 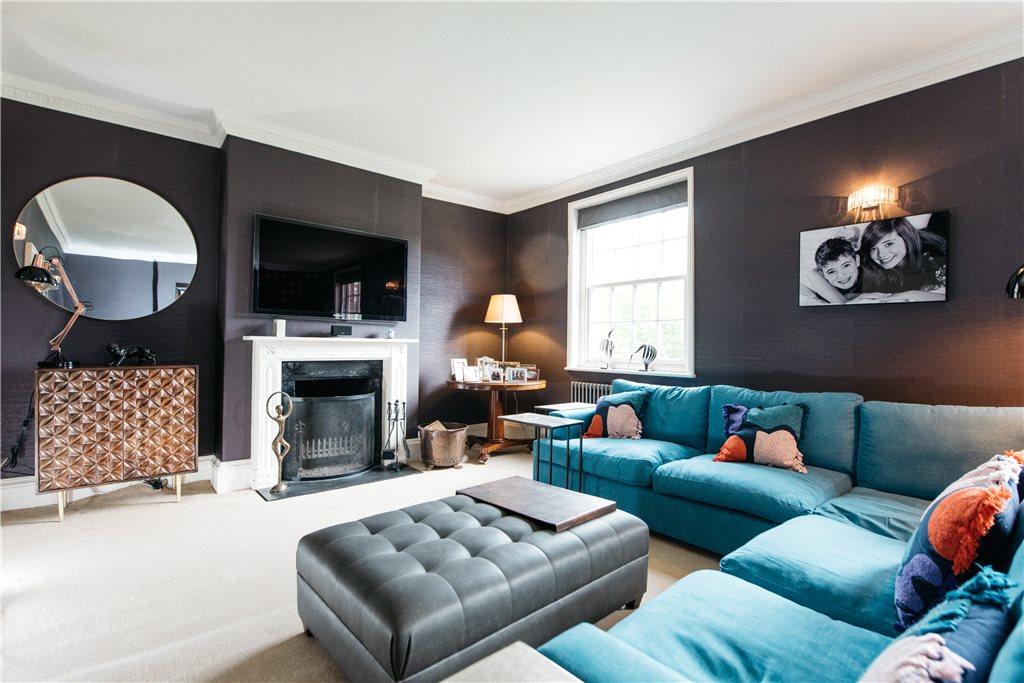 As well as the house and pool house there is also a garage and a workshop, which the village itself has plenty to recommend it with its a nursery and community hall. The larger town of Chinnor — less than two miles away — has shops, pubs, and a GP’s surgery, while the M40 is just a mile away.

Lion House is on the market with Michael Graham at £1,500,000 — see more details and pictures.

Our round-up this week is an astonishing collection of gems, with magnificent houses in Kent and Cheshire plus a breathtakingly