Is there a better pairing than Scotland and castles? We don't think so, and here to prove it is this historic Baronial Tower House, with unbeatable coastal views and an incredibly rich history.

Kilberry Castle is the epitome of historic Scottish Baronial Tower Houses —  built in the 15th century, it has undergone everything from a pirate attack, being besieged during the 1643-1645 civil war, to almost being destroyed by a fire.

Today, it stands a little bruised and in need of some (understandable) renovation work, and is on the market via Knight Frank for offers over £650,000. 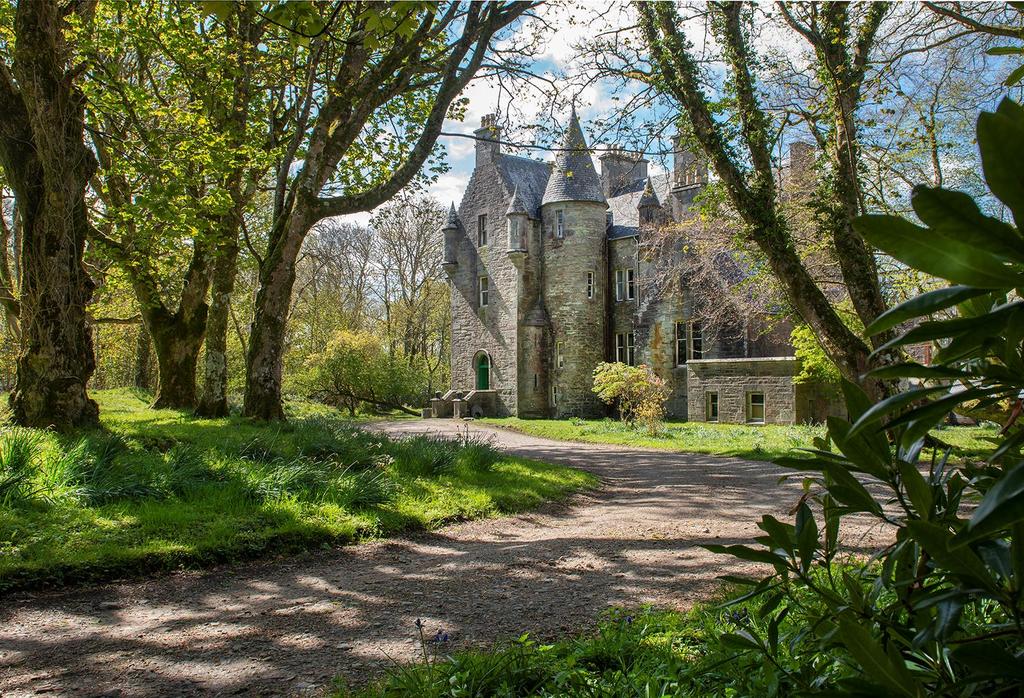 In 1550, the Campbell family acquired the Kilberry lands and the castle has, quite amazingly, stayed in the same family ever since.

Today, the property is a gateway for stepping back in time. Yes, there are original open fireplaces, decorative cornicing and galleried landings, but in one of the 10 bedrooms is a museum-like shrine to the era.

In 1885, Archie Campbell was self-isolating in his room (something we can all sympathise with) due to Scarlett Fever, and in an attempt to keep him entertained, his nurse plastered the walls with newspaper cuttings from the illustrated London News.

The room remains untouched, with the original cuttings still decorating the walls, and offers an unaltered snapshot into life 135 years ago.

The newspaper bedroom is symbolic to the wider historical context that the property projects,  having been attacked by the English pirate Captain Proby in 1513 (the evidence of which is transcribed in a note above the front door), and burnt down whilst in the hands of Colin Campbell, in 1773. 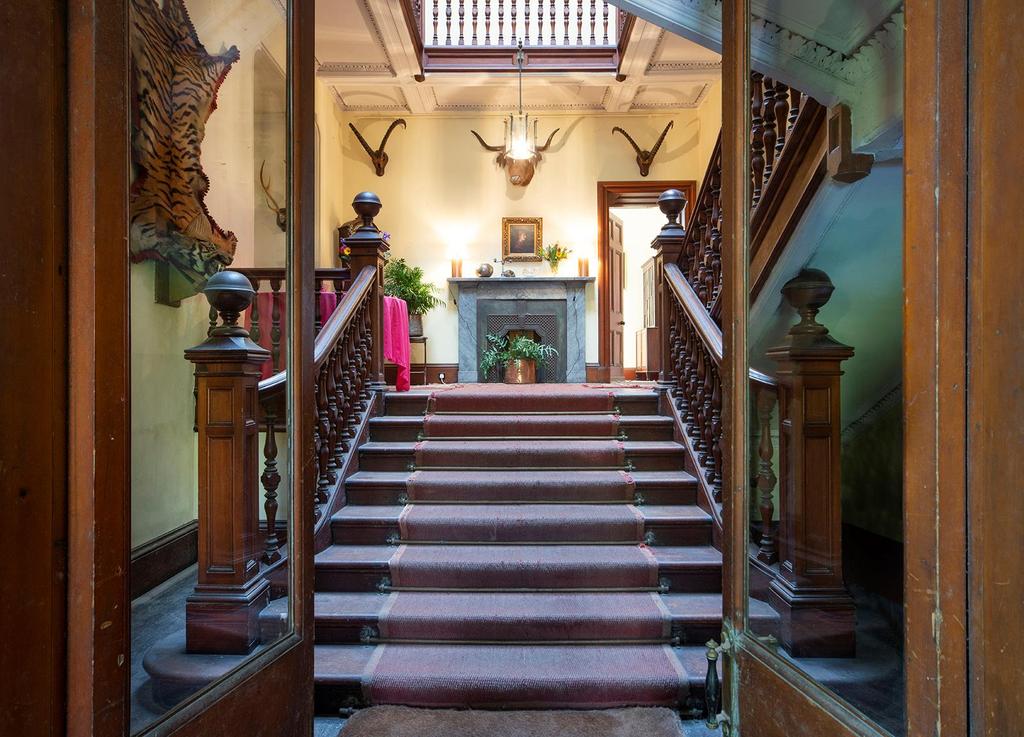 It remained in a state of disregard until 1840, when John Campbell the 9th of Kilberry added the circular tower and northern additions to the property. The renovation was completed in 1873 with the further additions of the western wing and billiard room.

Today, there are 10 bedrooms and five main reception rooms, with a further four ‘secondary’ bedrooms, four bathrooms, and orangery (or rather, what’s left of one) and flexible basement accommodation. Many of the rooms have spectacular coastal views over the coast of Islay and Jura, Gyha and the Mull of Kintyre. 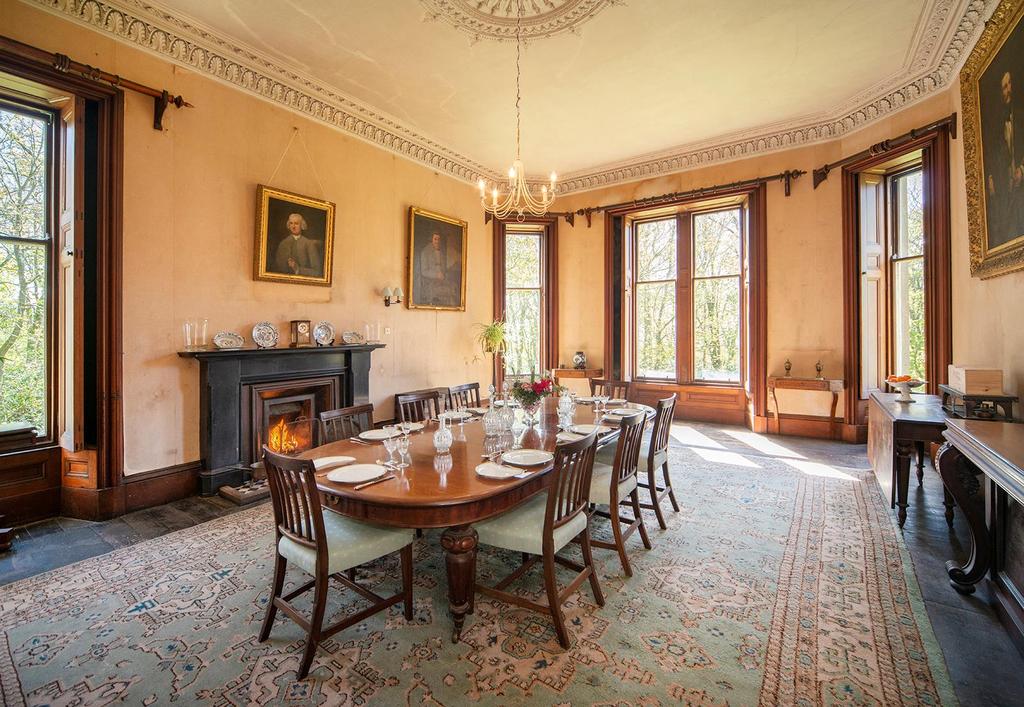 The tower house is set back from a secluded sandy beach, down a long tree-lined drive way, and comes with over 21 acres of rural land and numerous outbuildings. Also within the grounds is a walled garden, built in 1877, originally designed for growing fruits. There is also a Victorian pets graveyard, Mausoleum and Chapel.

Just to really make the most out of the £650,000 guide price is also the three bed Laundry Cottage — once the Victorian laundry for the castle — located to the west of the main property, which also has incredible views over the unspoilt coastal landscape. 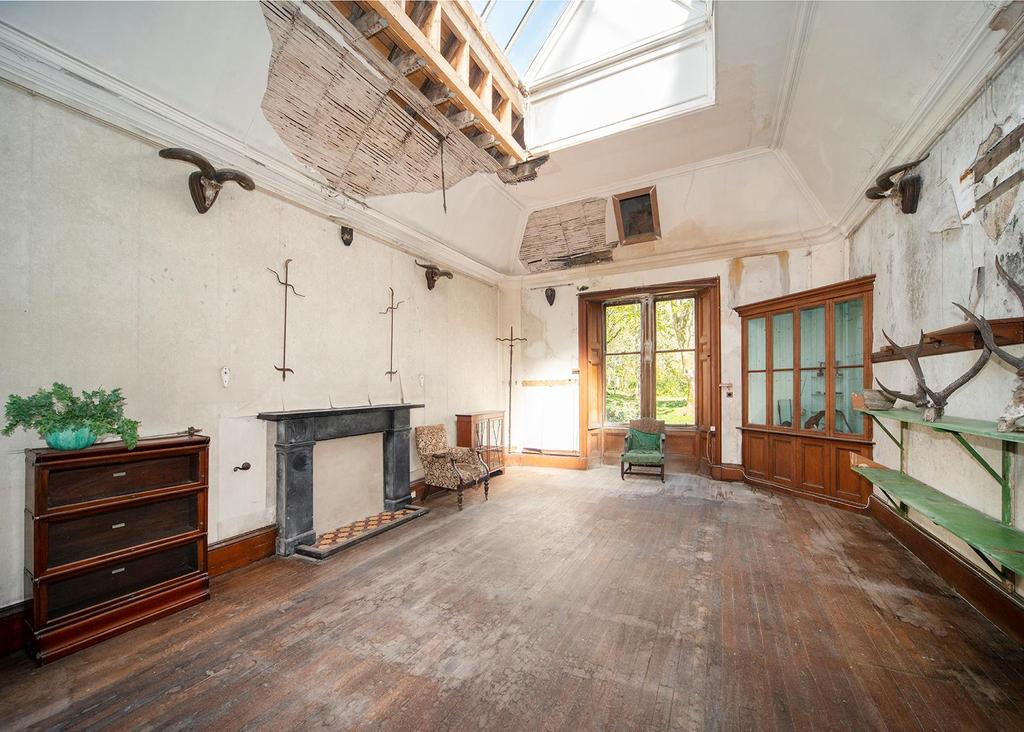 And if this wasn’t enough, there is also planning permission to create a four bedroom house within the grounds.

Will we ever fail to be amazed at the dichotomy between Scottish property prices and the rest of the country?!

Kilberry Castle is currently on the market via Knight Frank for offers over £650,000 — see more pictures, or enquire with the agent for further details.

Kilberry: What you need to know

Location: Kilberry is a village in Argyll and Bute, on the West coast of Knapdale with views over Kilberry Bay and the Inner Hebrides.

Atmosphere: The small village has a well-renowned restaurant — The Kilberry Inn, and the fishing village of Tarbert is located 15 miles away.

Things to do: Nearby Tarbert is a picturesque coastal fishing village with a range of shops, cafes, restaurants, hotels and schools from nursery-secondary level. Lochgilphead offers further amenities. Each year, Tarbert hosts a seafood festival, music festival and sailing regatta. Kilberry and the surrounding area are a wonderful base for exploring the west coast of Scotland, with ample opportunities to fish, sail and dive. The SUSTRAN cycle network also proves popular with mountain bikers. If you’re looking for something a little more relaxing, then there are also numerous golf courses and whiskey distilleries around the area. The town of Kintyre (some 50 miles away) has an airport which offers flights to Glasgow.

Schools: The Tarbert Academy offers schooling options for the ages of 3-18.