Palace House in Bishop's Waltham isn't so much a case of 'buy one, get one free' as 'buy a home, get a Grade-1 scheduled ancient monument free'. Toby Keel reports.

Finding a unique selling point for a home isn’t always easy. For every house which claims to be the oldest in England or which boasts a fascinating history intertwined with British history’s most colourful monarch, there are dozens which, while absolutely beautiful, don’t always have an obvious claim to fame.

That is emphatically not the case for Palace House, a Hampshire home for sale via Savills at £2.475 million. 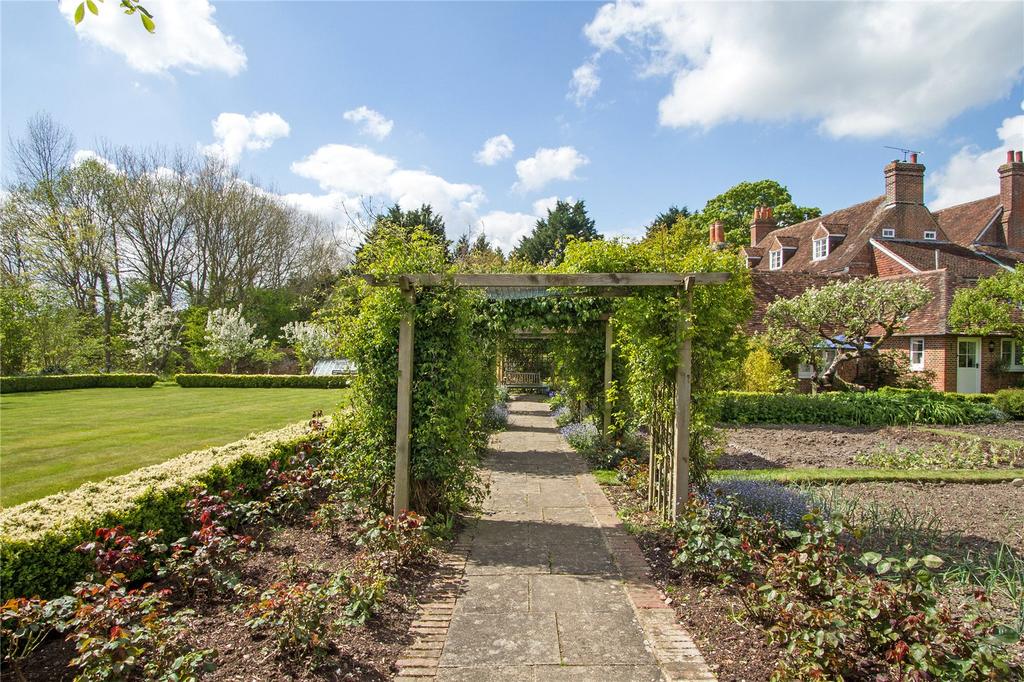 It’s a stunning and large family home in Hampshire with grace and elegance, beautiful gardens and full of period charm — but also a place which just happens to own a medieval Bishop’s Palace. 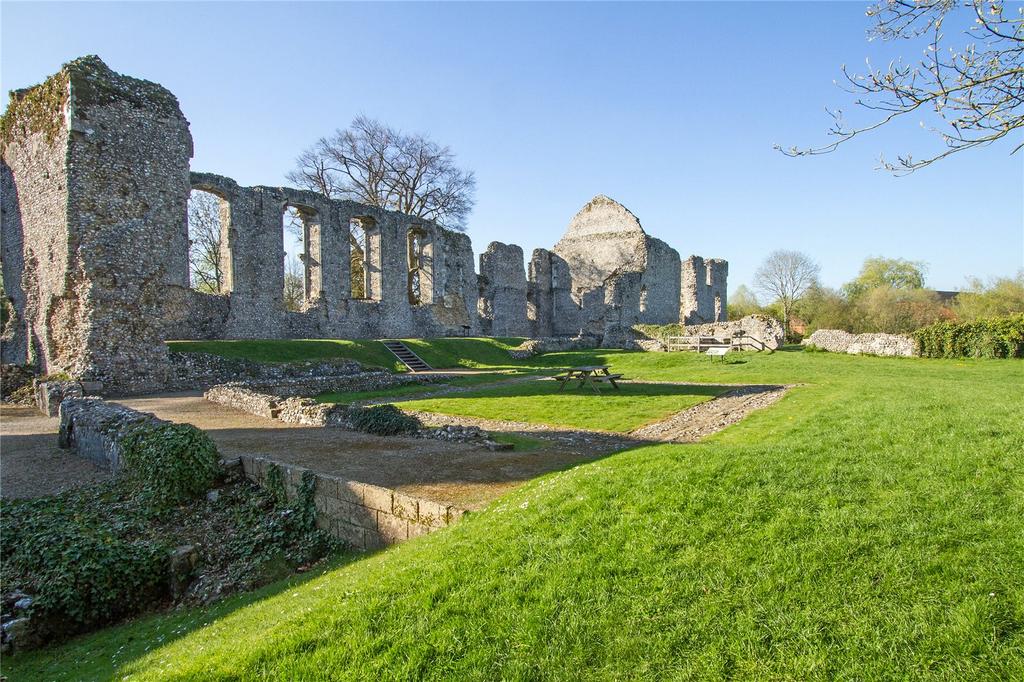 The selling agents of the house, Savills, have it listed for sale at £2.475 million, a price which includes a 5,500 sq ft house, just under 10 acres of land and the original Bishop’s Waltham Palace, on the edge of the South Downs south-east of Winchester.

The palace itself, as you’ll see from these lovely images, is as evocative a ruin as you’ll ever find, a place we found reminiscent of St Andrews Cathedral.

And for prospective buyers worrying about the upkeep of such a place, there is nothing to fear: while the freehold belongs to Palace House, the running and management of the ruins — a Grade I-scheduled ancient monument — is handled by English Heritage.

The palace was one of the primary residences of the Bishop of Winchester, first built in the 1130s by the man then holding that title, Henry of Blois — the younger brother of King Stephen. The original palace was destroyed by Henry II when he grabbed the throne to end the anarchy which had gripped England for years, but Henry was eventually permitted to return and rebuild. 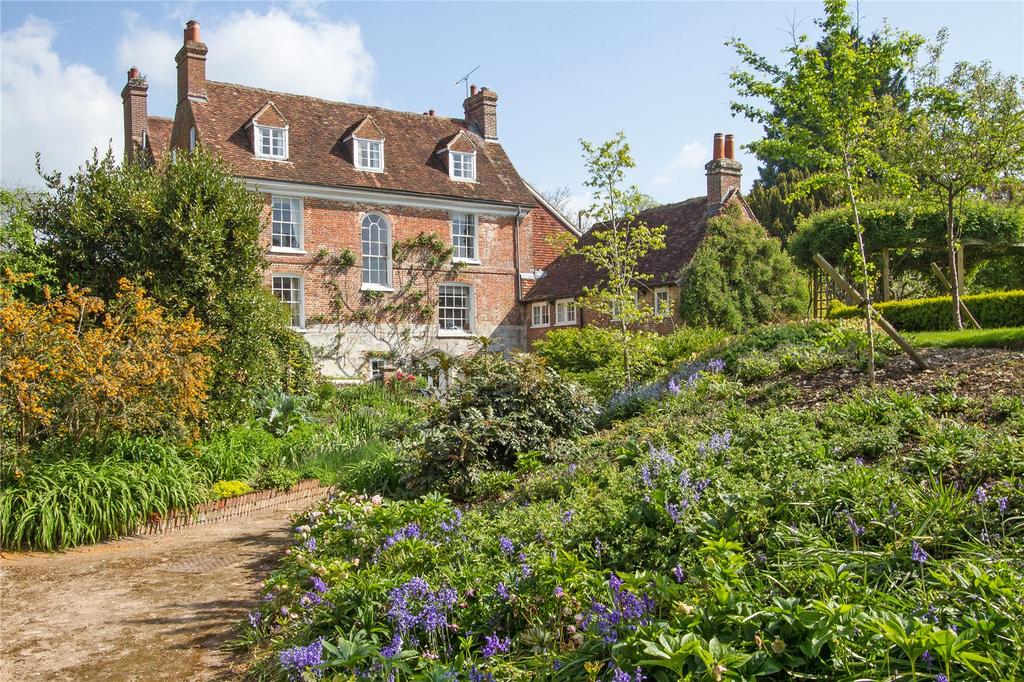 The palace was at the heart of English political life for years. Henry VIII and Cardinal Wolsey were regular visitors and met the Holy Roman Emperor Charles V at this place to sign a treaty. It was the Civil War which was responsible for its eventual destruction: the palace was badly damaged, and never rebuilt. 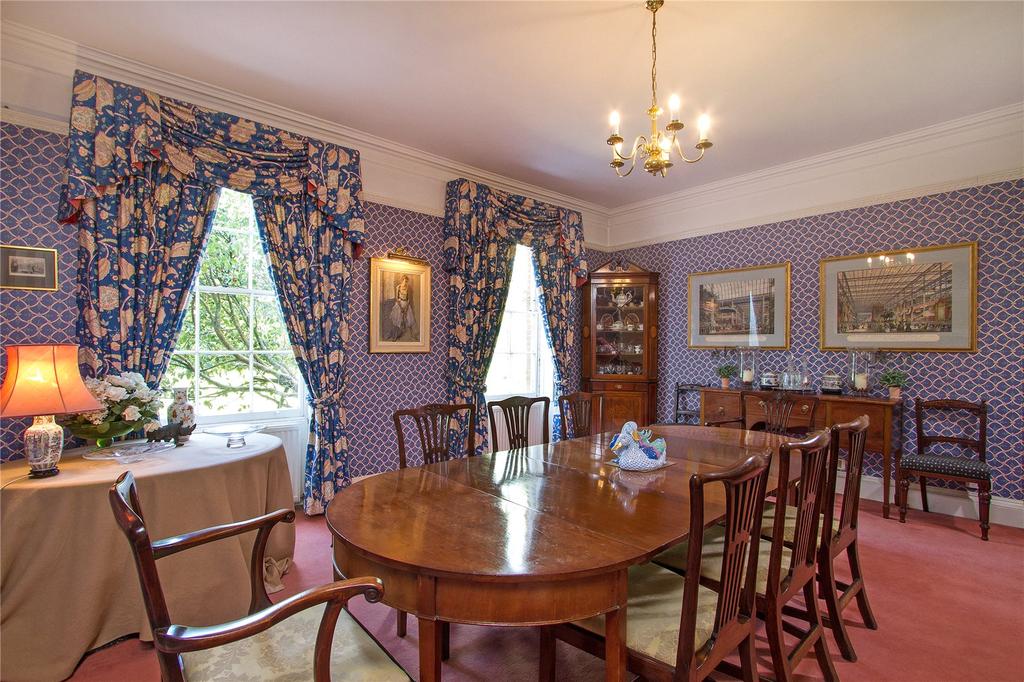 Palace House may not have such an illustrious history as the ruin, but it is an impressive place nonetheless. It’s a four-storey home with a huge kitchen-breakfast room plus wine cellar, boiler room and cosy sitting room on the lower ground floor. 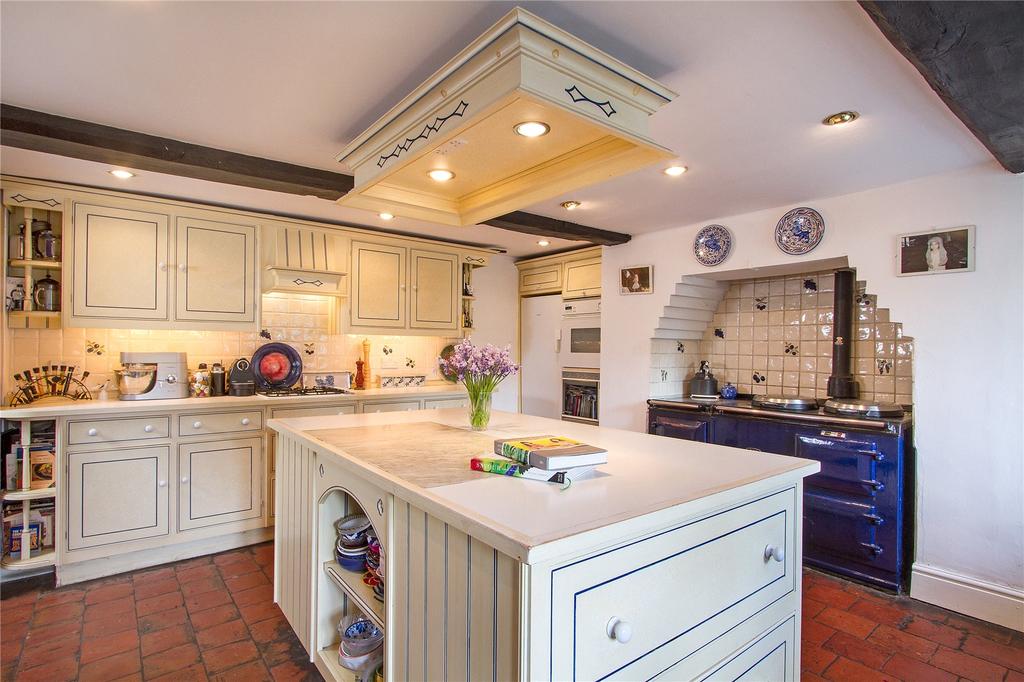 The main ground floor has four large reception rooms and there are seven bedrooms split between the first and second floors. 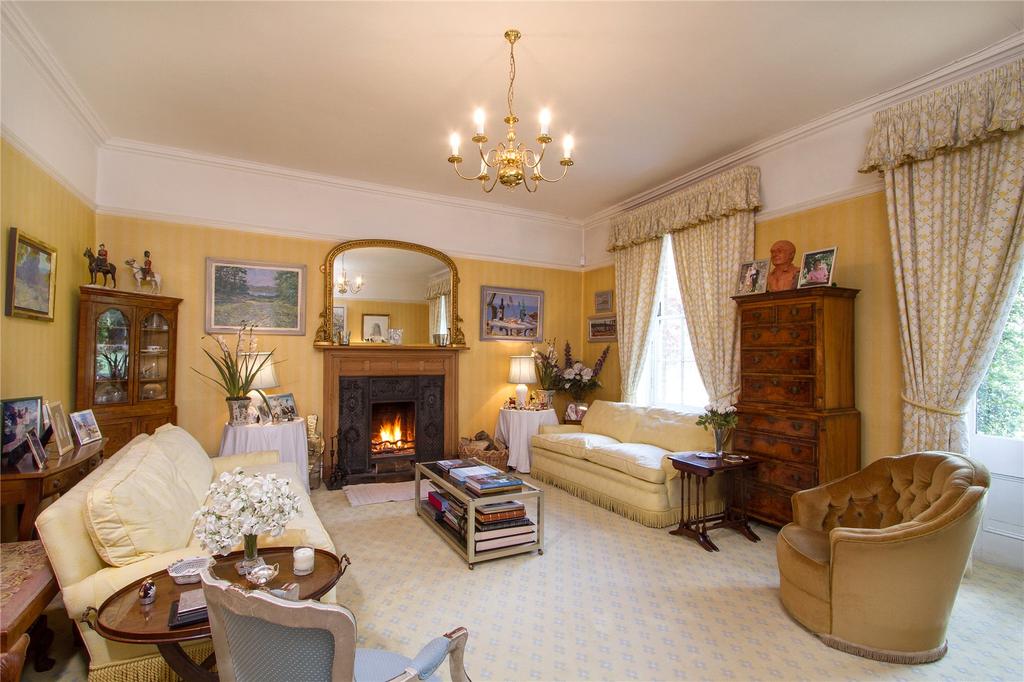 If you need even more space, it’s good to know that permission is in place to reorganise the top floor to add another bedroom, while there is also a self-contained annexe that would make an ideal granny flat or staff quarters.

Beyond the main house, a two-storey former coach house has been kitted our with a gym, studio and loft space, while the grounds are truly breathtaking, in part laid out by garden designer Kim Wilkie — one of many who has been called in to help here over the years 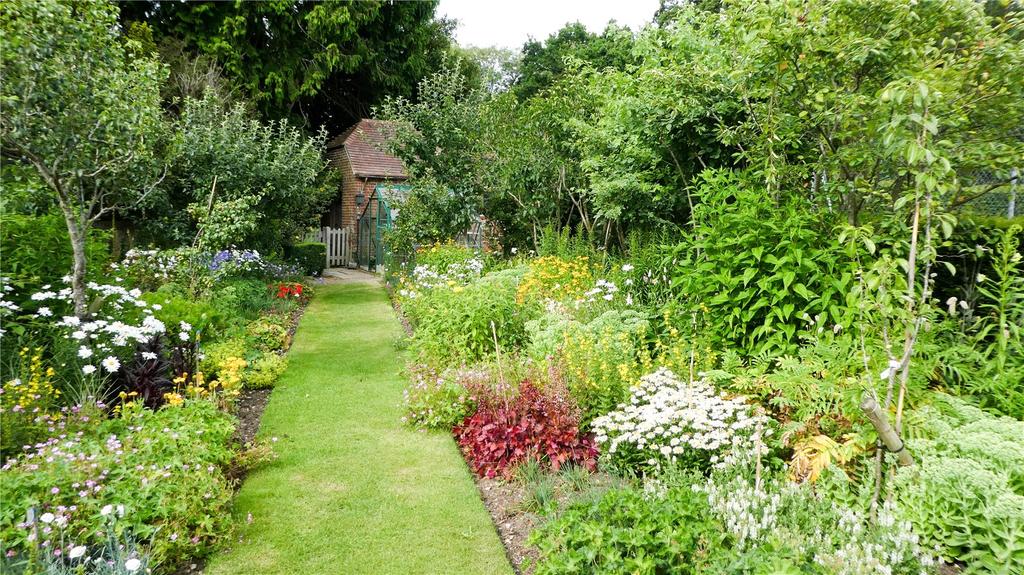 There’s an almost intoxicating mix of flower beds, orchards and lawns — including a croquet lawn — as well as a paddock, tennis court and swimming pool. Really, what more could anyone possibly want?

Palace House is for sale via Savills at £2.475 million, including the freehold for Bishop’s Palace Waltham — see more details and pictures here, or read more about the history of the palace at english-heritage.org.uk.