The rural property market has been booming, says Penny Churchill, as she looks at a small Cotswolds estate that's certain to stir up interest.

‘A year ago, we couldn’t have been more surprised to see the market for high-value country houses, farms and estates bounce back the way it did,’ says Clive Hopkins of Knight Frank, who called 2019 ‘a desperate year — both politically and economically’.

The very top end of the market in particular has thrived, Clive adds, saying that, ‘farms, estates and country houses valued at more than £5m saw the strongest growth in the three months to December. 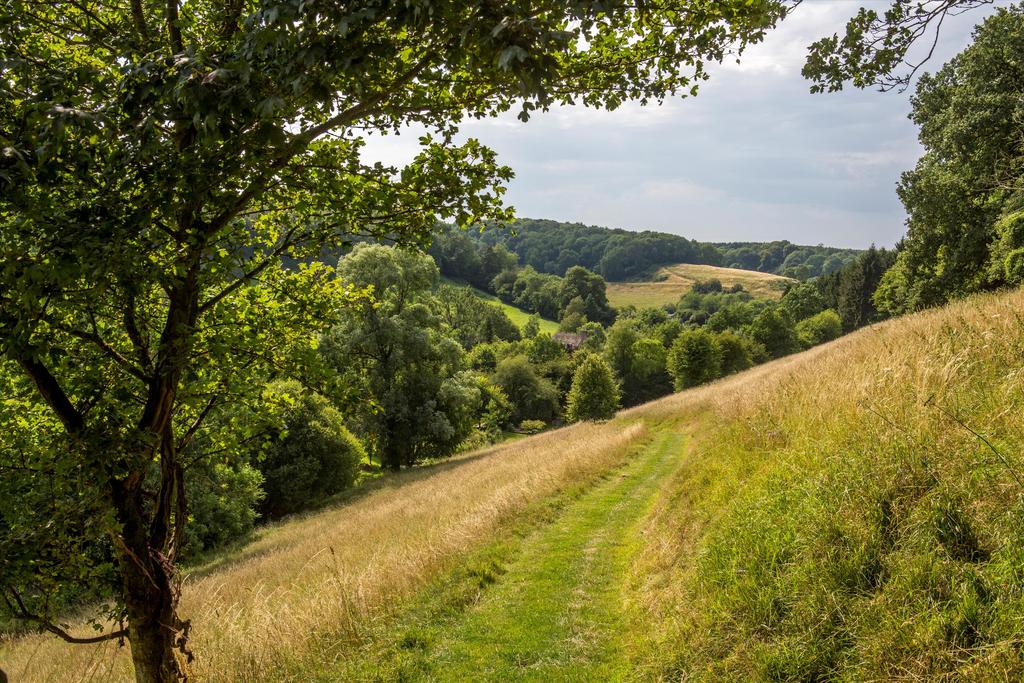 ‘The pandemic turned out to be a catalyst for buyers and sellers to bring plans forward and even the second national lockdown failed to halt the market’s momentum, with the number of new prospective buyers registering with our country department up 42% in November, compared with the five-year average.’

Knight Frank has kicked off the New Year in style with the launch onto the market of Corn Mill Farm at Lower Kilcott, at a guide price of £5m. 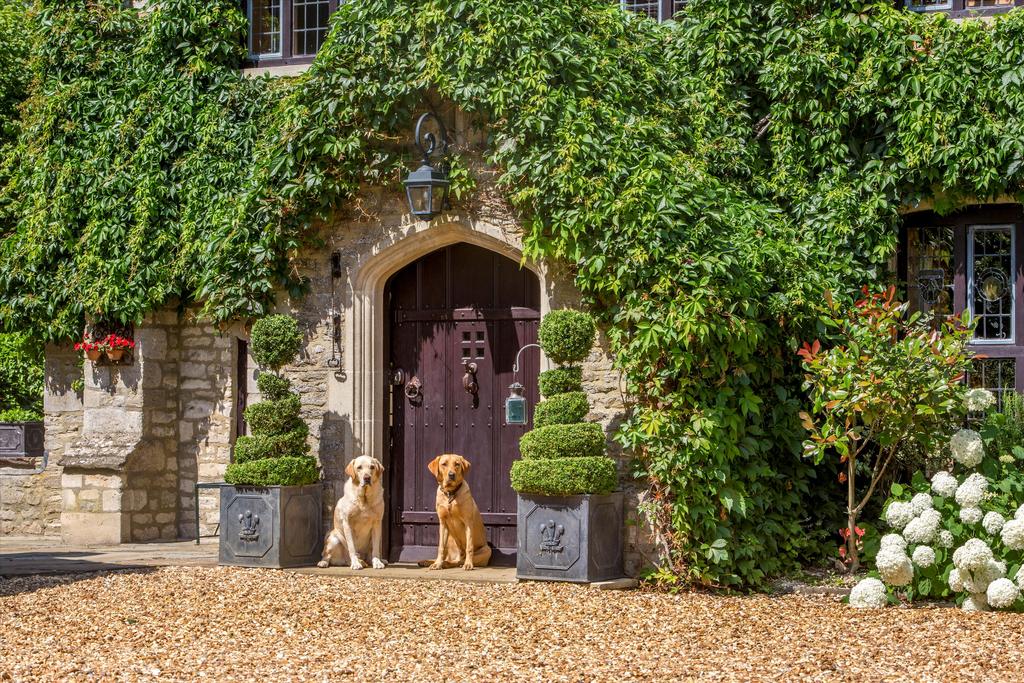 Dogs not included. At least, we don’t *think* they are…

Situated eight miles from Tetbury in Gloucestershire, it’s an idyllic small country estate in the scenic Kilcott Valley, nestled between the Cotswold Hills to one side and the Berkeley Vale to the west.

The property’s focal point is an impeccably restored 17th-century former ‘gryst mill’ set in 107 acres of ring-fenced farmland — a mix of ancient pastureland, meadows and deciduous woodland rising from the bottom of the valley to the top of the escarpment, with glorious westerly views towards Wales. 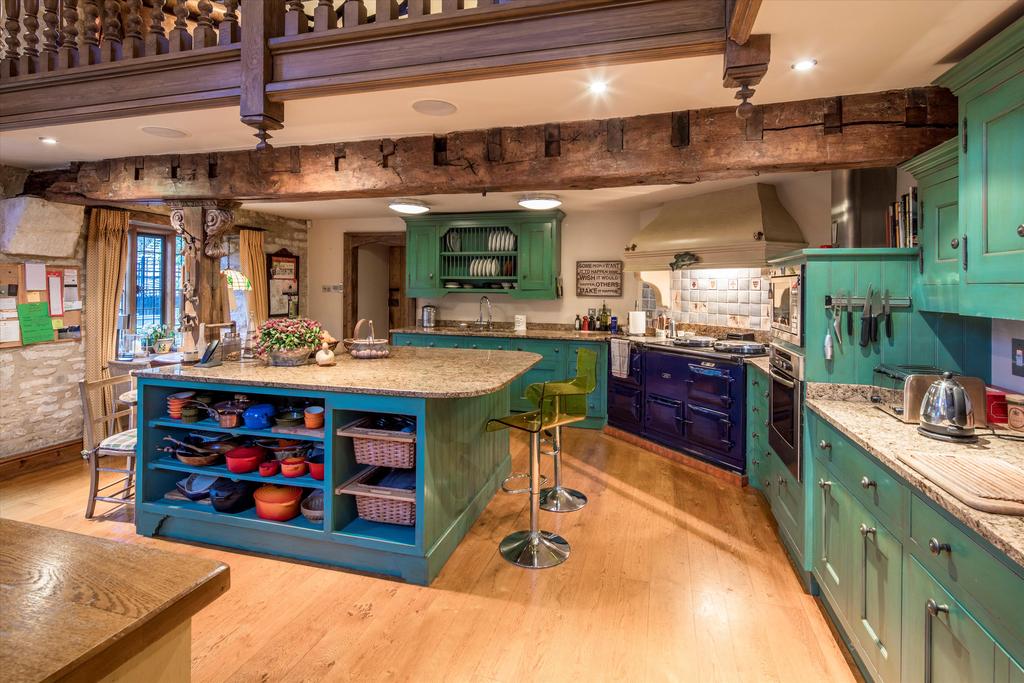 The land flanks the house to the north, east and south, adjoining the Midger Wood wildlife sanctuary to the east and, to the far south, the Duke of Beaufort’s Badminton estate.

The enchanting, 5,206sq ft Cotswold-stone house was comprehensively restored and extended in the early 1990s by its then owner, Trevor Reeves, one of Margaret Thatcher’s advisers and speech writers, with guidance from local architect Robert Hardwick.

The farm was then briefly owned by an American oil heir and racehorse trainer before being acquired by its present owners in 2001. They embarked on a further programme of improvements, adding the leisure complex, additional garaging and a tennis court.

They also invested in the land, restoring boundaries, hedgerows, water features, grassland and wildlife habitats, and adding the ancient woodlands of Lizens Wood and Mickley Brake in 2006. 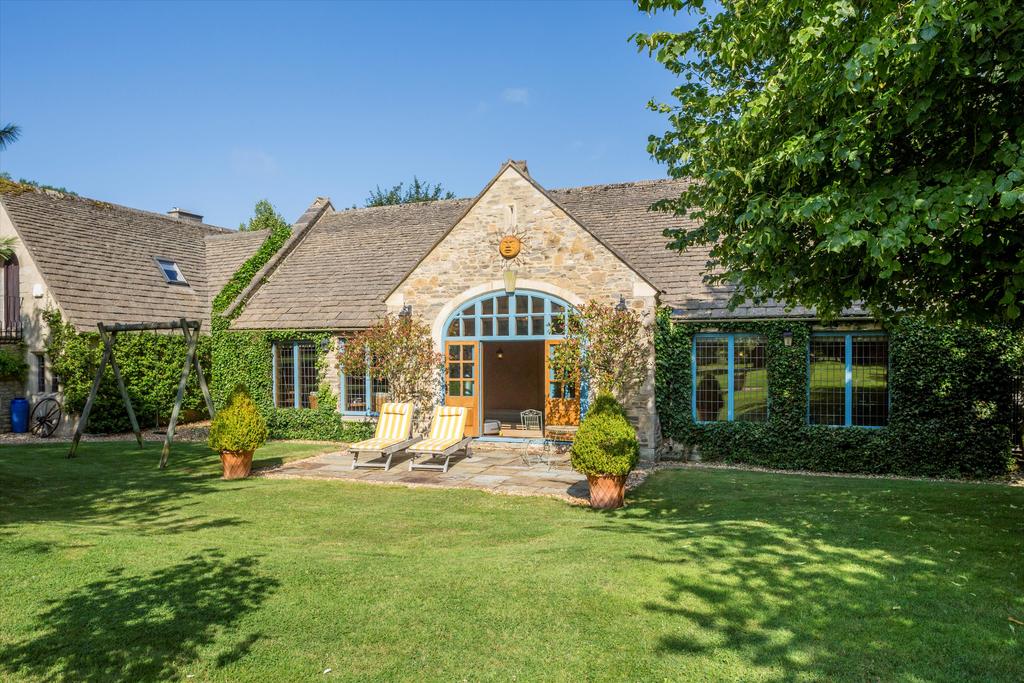 Approached from the village lane along a tree-lined drive, the historic mill house is ideal for entertaining, having a large galleried entrance hall overlooking the dining hall and a beautifully proportioned drawing room.

The bedroom accommodation is split between four bedrooms in the core of the house and a self-contained guest annexe on the lower ground floor, which has views over the garden to the mill pond and the woodland above. 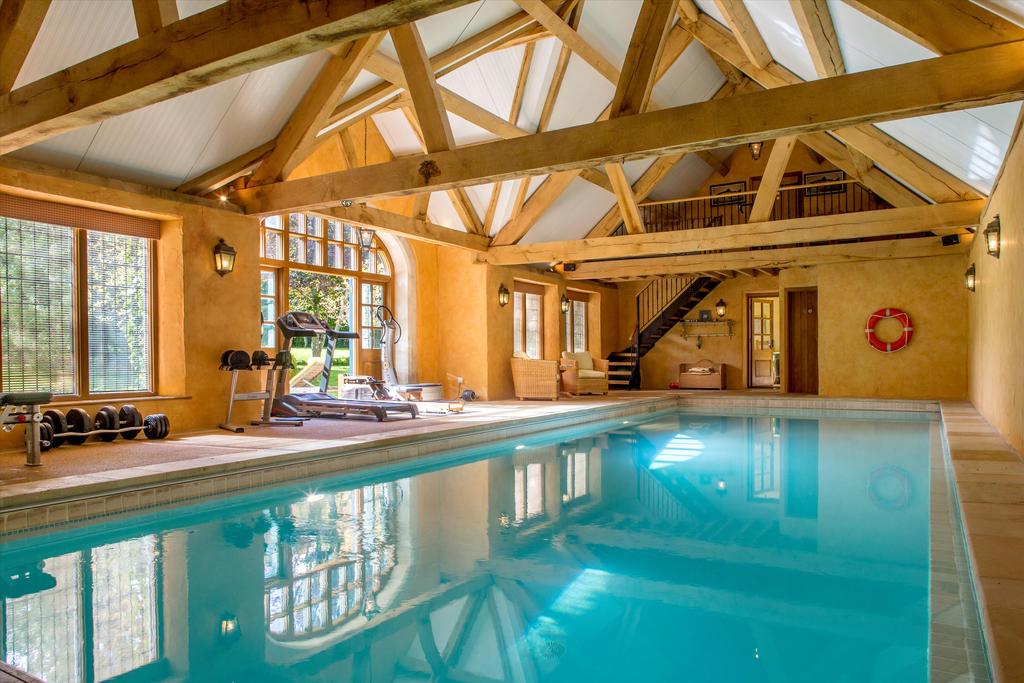 Although the present owners don’t actively farm the land, overall maintenance of the gardens, grounds and estate is handled by a long-standing manager, with income derived from basic farm payments, grazing licences (cattle in the summer, sheep in the winter), shooting and wood sales.

Corn Mill Farm at Lower Kilcott is for sale via Knight Frank at £5m — see more pictures and details.