This delightful little house near Wimborne has all the features of a grand country manor house at a small scale.

It’s an accident of history that the Grade II*-listed Court House, currently on the market for £788,000, isn’t a much larger house.

Built in the 16th century, the house as it stands today was originally part of a much larger building which served as the local court house. At some point over the years the rest of the place fell into ruin, the stone no doubt used elsewhere around the village of Corfe Mullen, near the Dorset minster town of Wimborne. 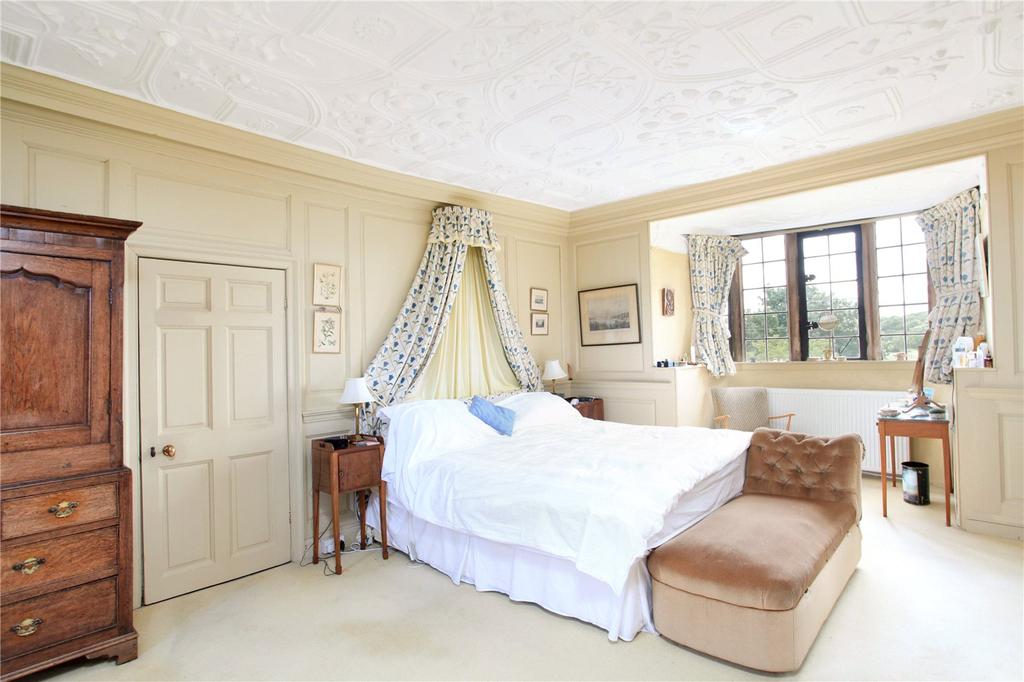 Thankfully, what remains is a beautiful five-bedroom house which at just over 2,700 sq ft is still a spacious family home rich in original features, some of which date back to Tudor England.

The staircase and flagstone floor in the hallway are both 16th century, for example, which there are original Italianate plaster ceilings in both the drawing room – which has a large stone fireplace – and master bedroom. 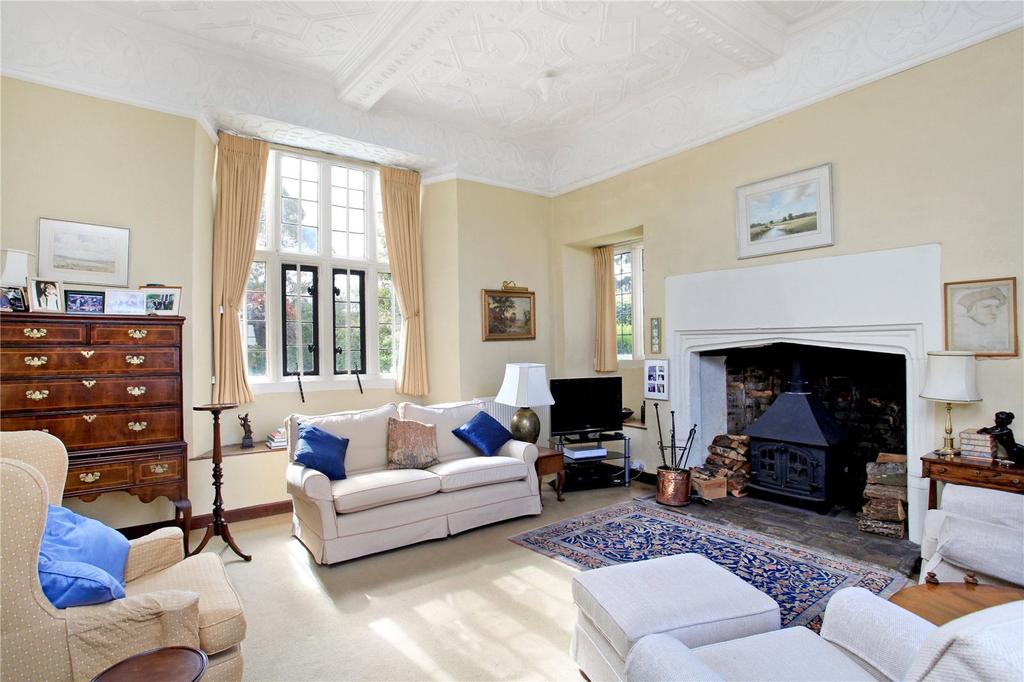 These touches are still plain to see from the outside as well, with the stone mullioned windows and superb evocative chimney stacks which have a little touch of Hampton Court about them.

What is less obvious from the outside is the fact that the accommodation is split over three floors; on the first floor the master bedroom has a triple aspect and panelled walls as well as the aforementioned ornate plaster ceilings. There is a second bedroom and family bathroom off the same landing, while upstairs are two further bedrooms and a cloakroom. 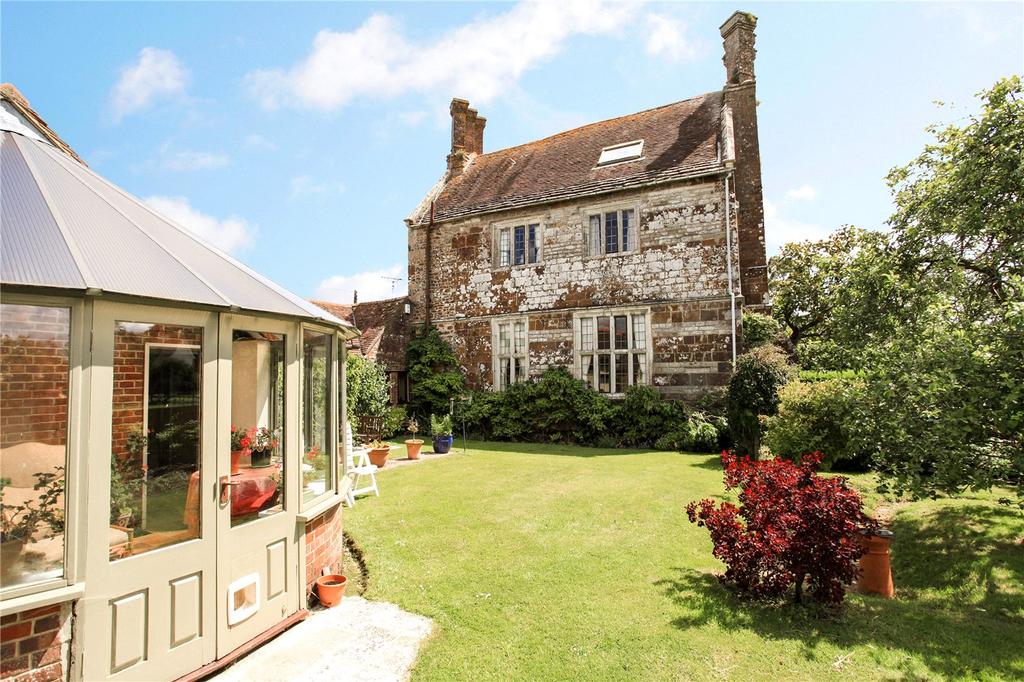 Not all of the house is quite so old as the main part: the present owners – who have been here for 32 years – have added a family room, conservatory and extra en-suite guest room. The extension could easily be converted into a self-contained annexe. 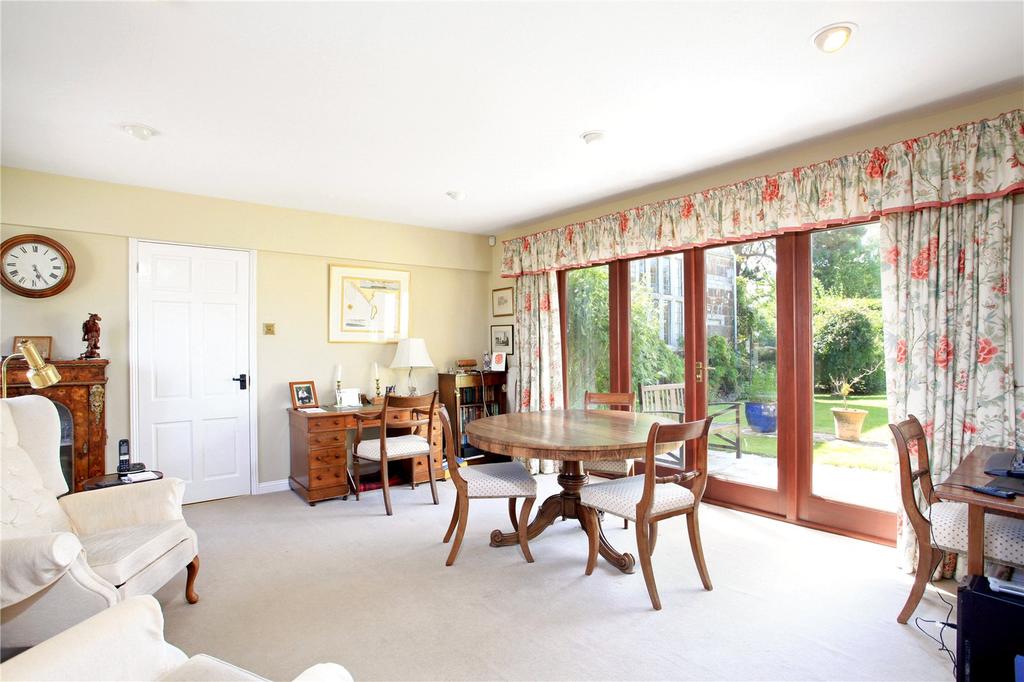 The gardens are delightfully secluded thanks to the trees and shrubs which surround the property, while there’s also a separate garage – a building which houses a wine store as well as your car. 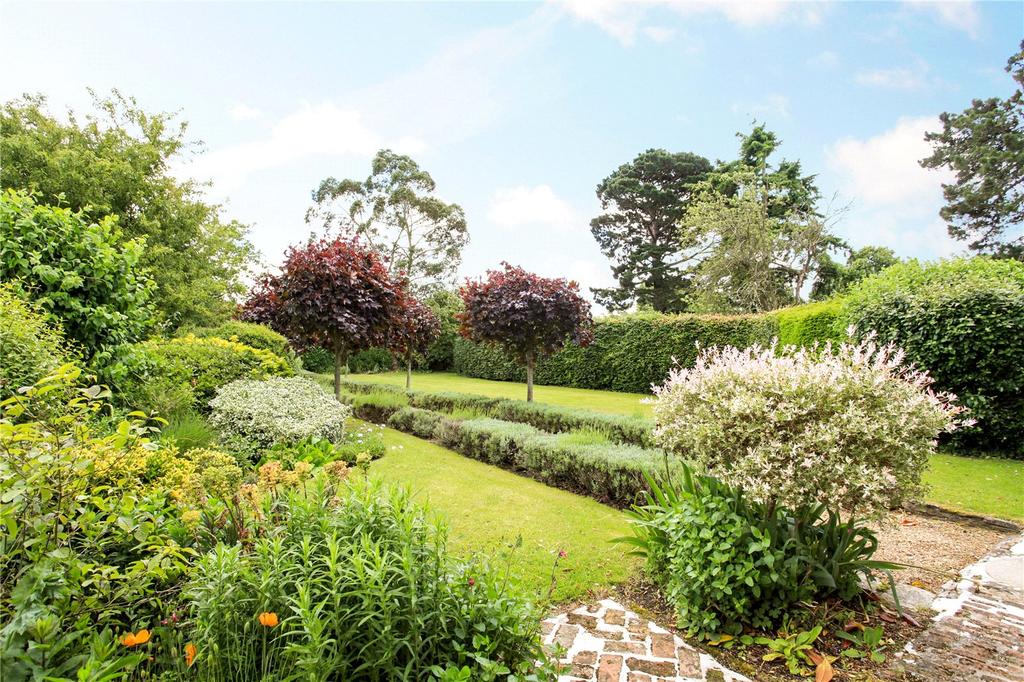 Court House is for sale at £788,000 via Savills – see more details and pictures.