Court Farm isn't a farm — or a court, for that matter — but instead a truly lovely home situated in one of the prettiest villages in the south east of England.

Can there ever be such a thing as a village that’s too picturesque? Take the case of Lindfield, in West Sussex. This idyllic spot — with its medieval high street sloping gently down towards a pond — won the ‘Best Kept Village in Sussex’ award so many times in a row at one point that it was removed from the competition one year to give everywhere else a chance.

The Buckinghamshire village of Hedgerley three miles from Beaconsfield and not far off the M40, has a similar story to tell. It’s not yet been banned from the contest, but has scooped Buckinghamshire’s best-kept village award so many times that it’s something of a surprise whenever it gets pipped to the gong.

Thus, as you might imagine, when a house in this little place (population 878) come up for sale, it causes something of a stir. And particularly when the house in question is as fine as Court Farm, on the market through Savills at £4.75m.

There’s no denying that this is top whack for a five-bedroom home — in nearby Chalfont St Peter, you could get a larger house and £1 million in change for that sum — but then again, this is a delightful Georgian house dating to 1771, with just over three and a half acres, and right in the middle of the village. 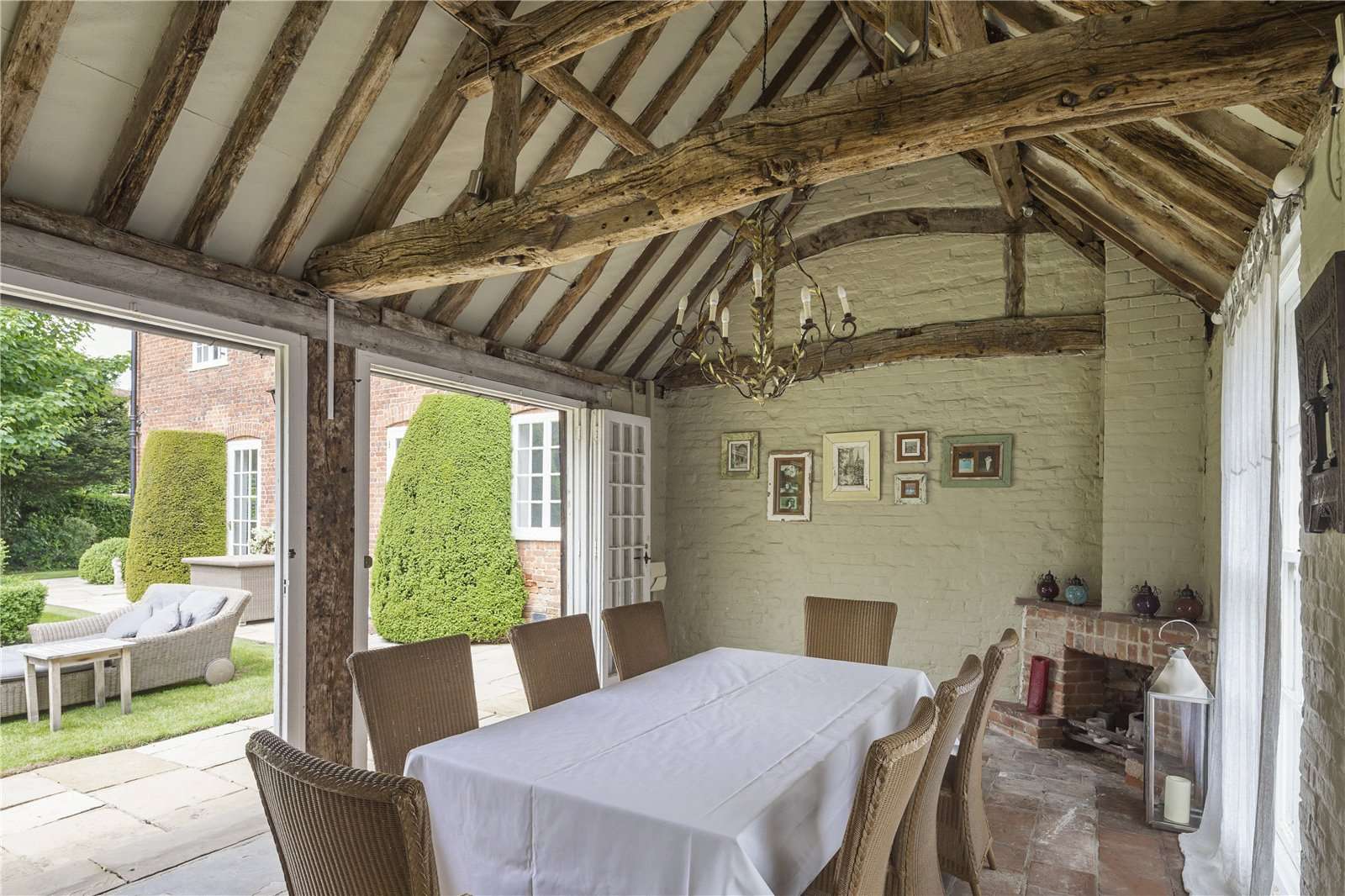 It’s an eye-catching place right from the start. Come through the gate in the hedge and walk up the path and you’re presented with a house that looks for all the world like a scaled-up version of the sort of dolls’ house you find in Harrods. 14 windows face outwards, all beautifully-restored and immaculate — setting the tone for the rest of the place.

Inside, the house is a real mix of original features with modern, stylish touches, presented in clean and uncluttered style which lets the architecture shine through. 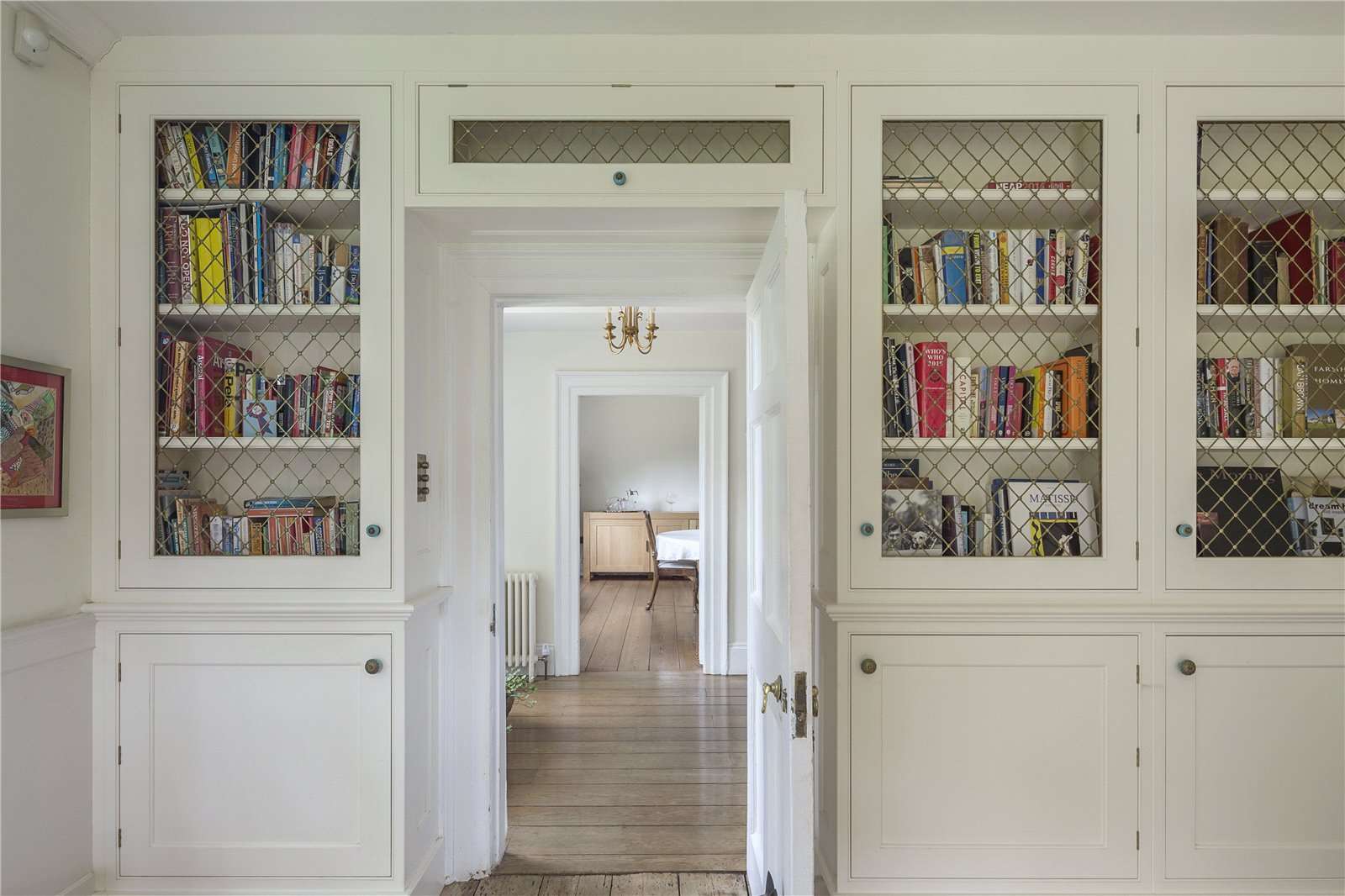 On the ground floor there’s a huge kitchen-diner (complete with Aga), sitting room, stud y and separate dining room, with a cellar and games room below.

Five bedrooms are split across the first and second floors, including a master suite with an extravagantly enormous en-suite. The latter might not quite fit the Georgian period vibe, but you can’t deny it’s pretty spectacular for all that. 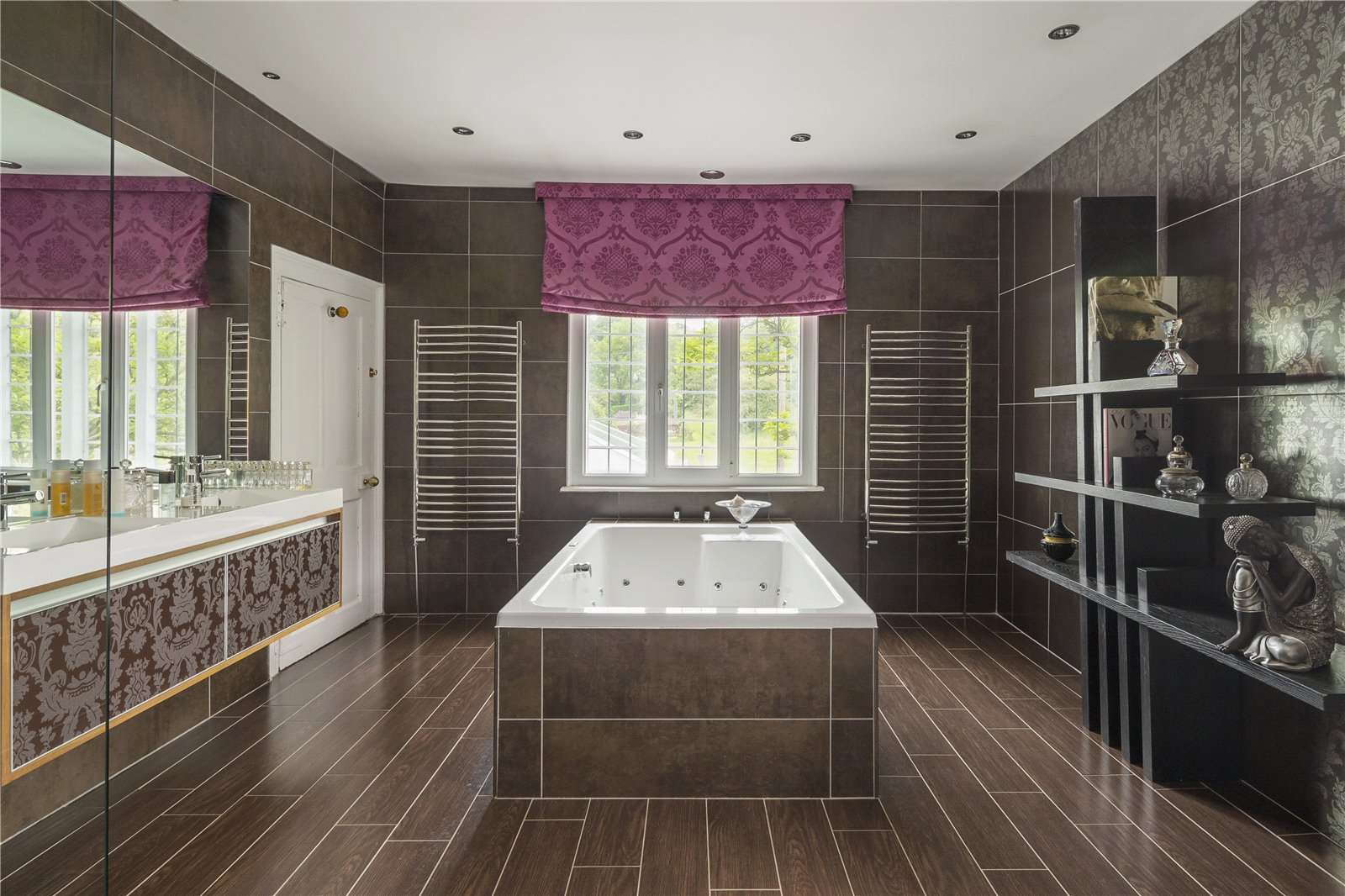 Outside, the grounds are truly lovely, with formal gardens, paddock and stables. A converted barn offers further independent accommodation, while there’s also a tennis court and a swimming pool with pool house.

For a few decades at the end of the 19th and beginning of the 20th centuries, the house was a centre for the national Waifs and Strays’ Society, giving a chance at a better life to 11- and 12-year-olds. At the time the property included adjacent farmland, where the boys would learn a trade. It became a private home once more in 1926, and has been ever since.

Court Farm is on the market through Savills at £4.75m — see more details and pictures.