An utterly idyllic thatched cottage has come to the market in an AONB near the fine cathedral city of Salisbury which will have suburban homeowners pondering the move to the country.

Giving things a name is a curious affair. Deciding what moniker your child should have, for example, assumes a great importance since, like it or not, a name is a label for life by which people can (and will) judge.

At the other end of the spectrum there are the ludicrous efforts gone to by manufacturers of paint and producers of fried potato snacks. What elephant ever breathed a shade of grey? Has a packet of smoky bacon crisps even been in the same postcode as a rasher of bacon, smoked or otherwise?

Thus it’s always refreshing to find something — anything — which is given a perfectly simple and apt name. All of which leads us to Cottage on the Green, which — to quote Shakespeare, or was it Marlowe? — does exactly what it says on the tin. 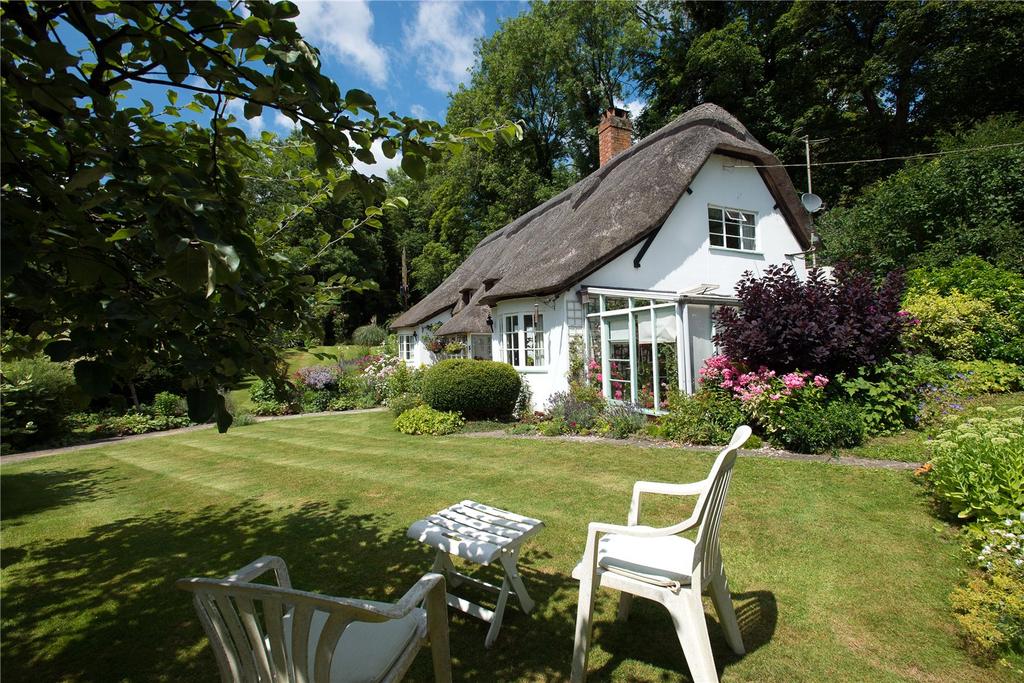 This chocolate box cottage — on sale at a startling reasonable-sounding £499,000 via Jackson-Stops — is situated in the heart of the village of Tollard Royal, a few miles to the south-west of Salisbury and the north of Bournemouth, in the heart of the Cranborne Chase AONB. 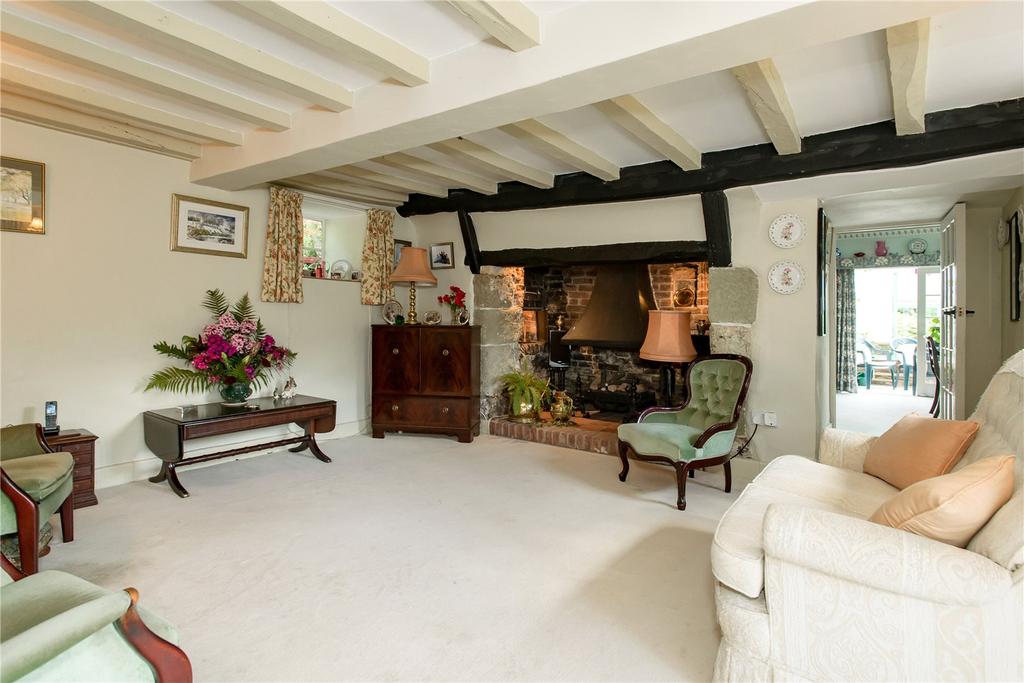 The house is listed as a three-bedroom place, though there’s an extra room downstairs presently used as a study which could as easily be used as a box-room accessible without the need of stairs. 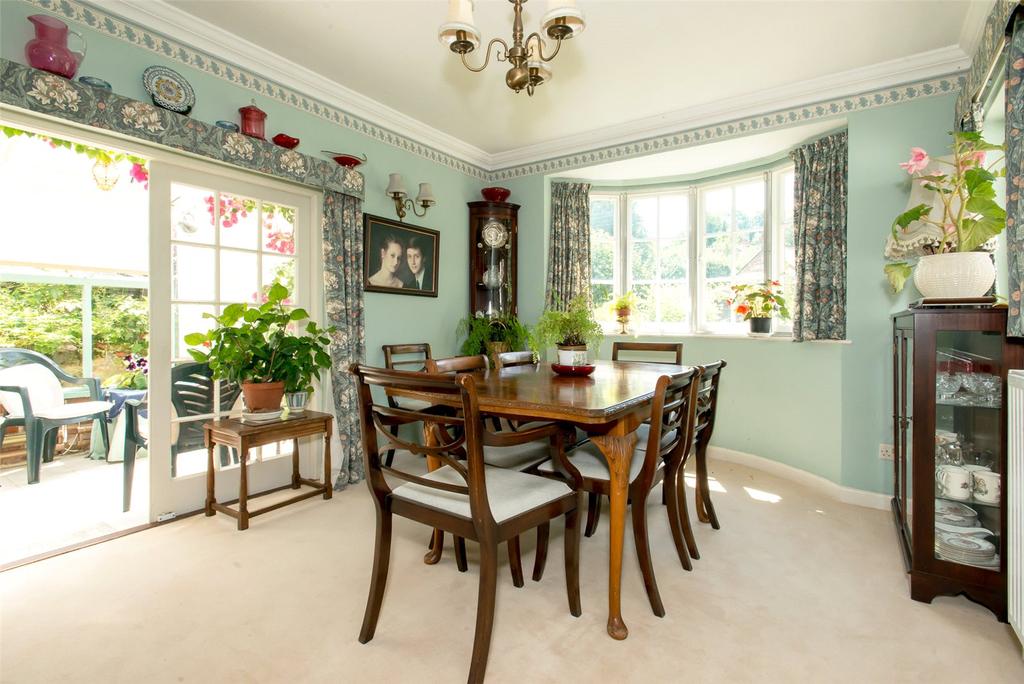 There are two main reception rooms, plus a conservatory off to one side of the dining room, and three bedrooms plus a bathroom upstairs. 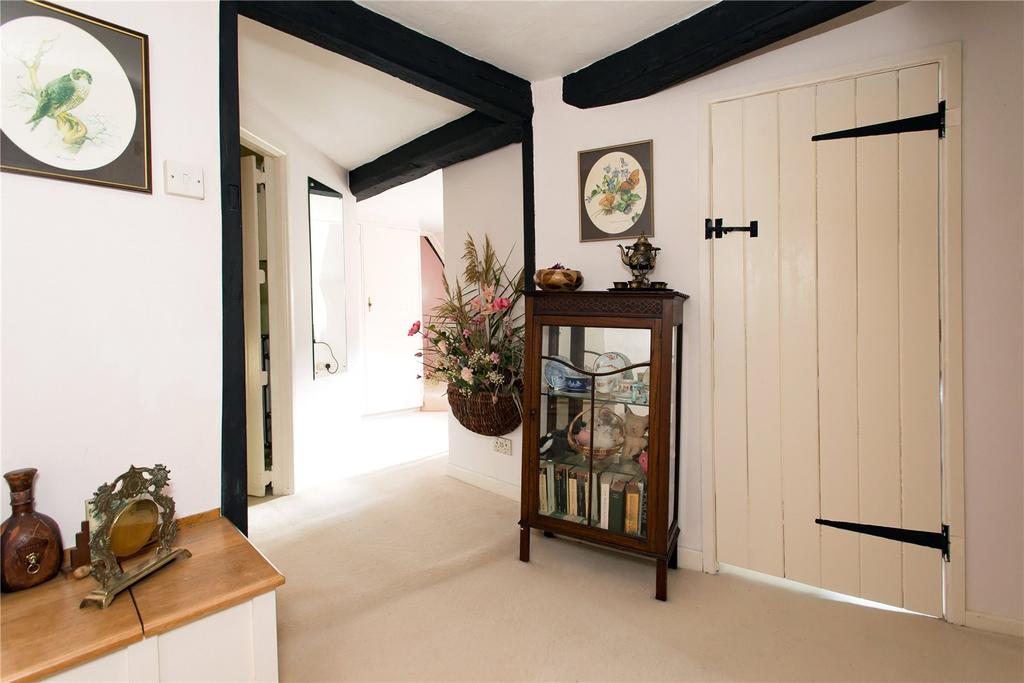 The drawing room also serves as the hallway from which the rest of the house is accessed, and it’s full of character, with ceiling beams and a huge fireplace, with an original bread oven tucked into the corner.

There is also a large kitchen/breakfast room decorated in a more modern style, but with enough space and light to make it a pleasant space. 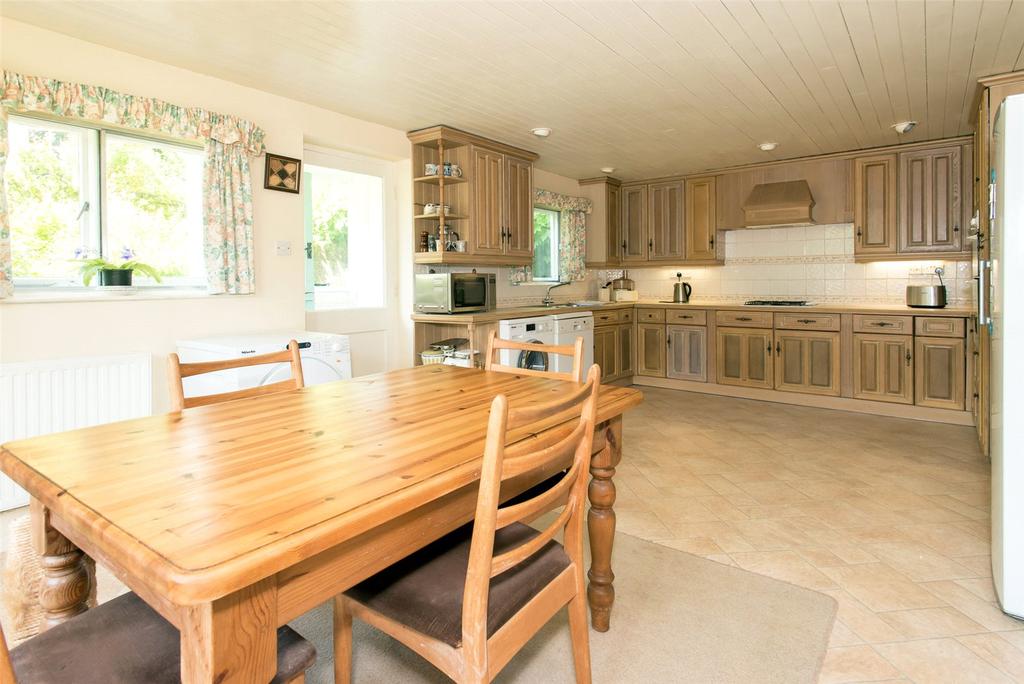 Wander out of the kitchen door and you’re into the cottage’s resplendent gardens, with lawned areas bordered by colourful shrubs, trees and flowers.

Arguably best of all is the house’s setting, set back and screened from the main road, overlooking the aforementioned village green. 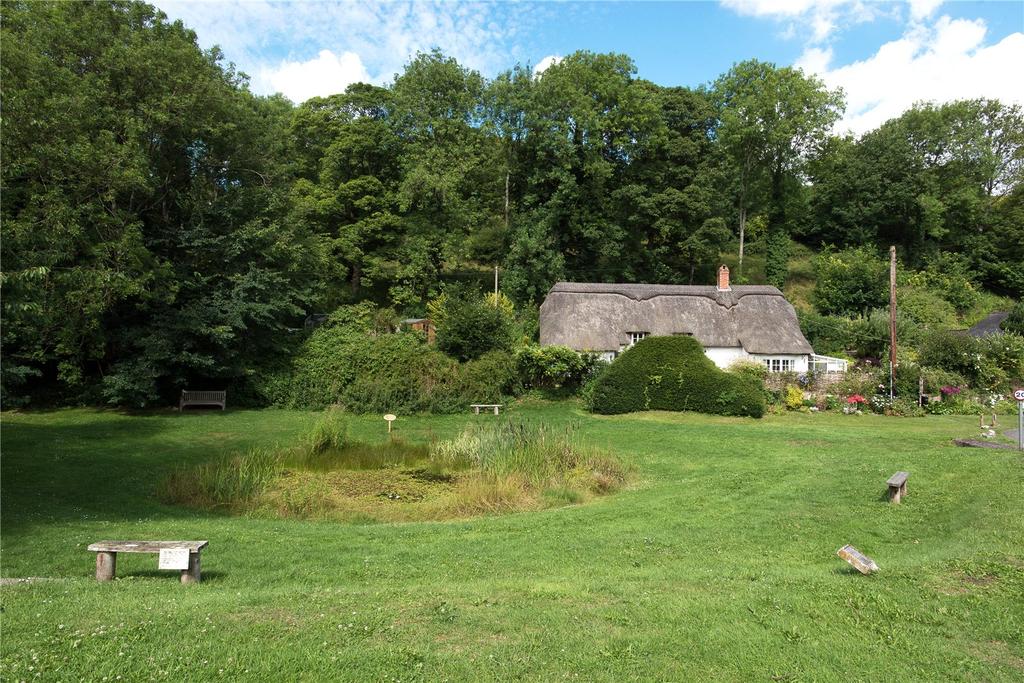 The green in question features, thankfully, a pond rather than a cricket pitch, so you won’t have to worry about smashed windows during the summer.

The delightfully-named Rabbits Corner is an idyllic cottage with a superb granny annexe, just outside the M25 — yet for