The exquisitely pretty gardens and grand interior of Fauld Manor, on the border of Staffordshire and Derbyshire, offer a great escape for those looking to make the swap from city to country.

The current issue of Country Life takes a look at the whys, hows and wheres of moving out of the city and into the country. With more and more of us working from home more and more often, and both employers and employees seemingly keen to embrace this as a long-term change, people are looking further and further afield. Why spend £1.5m on a three-bed home in Kingston when the same money can get you something far grander further afield?

Which brings us to Fauld Manor, a £1.5m country house for sale in Tutbury, Staffordshire. 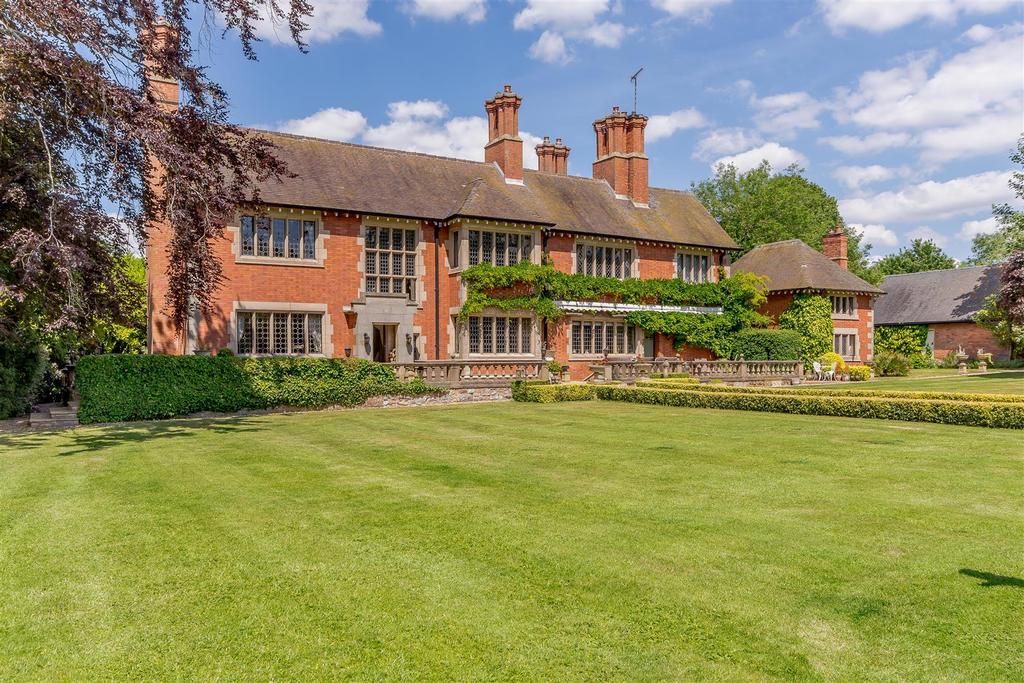 It’s a place which has a bit of everything: character, space, truly sumptuous gardens, a separate cottage and is a 13-mile drive to Derby, from where trains to London take less than two hours.

The house, situated in just over two and a half acres of land, dates back to the start of the 20th century. At its core it’s a five-bedroom home with kitchen-breakfast room, dining room and sitting room, plus a snug and — one of the essentials for late 2020 house buyers — a study.

The cottage — which can be accessed via the large garage that adjoins the main house — has a further two bedrooms, making it the ideal granny flat.

Throughout the house there are eye-catching original features, with more chandeliers than we can ever recall seeing in a house of comparable size, leaded windows, stone fireplaces and substantial wooden doors. Overall the effect is of a house far older than Fauld Manor’s relatively tender years.

It’s present state of repair is down to the current owners, who fell in love with the location but had found the house itself to be in need of a lot of work. The rooms were re-plastered, the whole house had to be rewired, the plumbing overhauled, and there has been top to bottom redecoration using heritage paint colours. And then there are the high quality fixtures and furnishings aim to create the grand impression of a far older house — the wood panelling and four-poster beds invoke the atmosphere of a house far older than this.

As fine as the interior is, however, the gardens are perhaps even more of a draw: there are manicured lawns, pathways, archways, ponds and more. ‘The house is just stunning and it’s such a warm and welcoming home,’ says the owner, ‘but it’s the garden that I think I’ll miss most when I leave.

‘It’s a magical place, so beautiful to look at and such a tranquil place to be.’

Fauld Manor is for sale with Fine & Country via OnTheMarket at £1.5m — see more details and pictures.