Penny Churchill looks at a house near Tunbridge Wells that’s as impressive and storied as the landscape.

Located within a day’s ride from London, the Garden of England has been the rural retreat and playground of the rich and powerful since medieval times and Kent claims to have more historic houses and castles than any other county in England. Its rich soil also spawned generations of prosperous yeomen farmers, who built picturesque farmhouses and even grand country houses that are today more sought-after than ever by London escapees.

With a nod to both the aristocratic and the farming traditions, we’re looking at Grade II-listed Shirley Hall at Langton Green, three miles west of Tunbridge Wells, which is for sale via Knight Frank at £8.75 million.

Approached by a long private driveway, Shirley Hall stands in the middle of its 33 acres of mature, park-like grounds, which are mostly laid to lawn and interspersed with some magnificent trees, including monkey puzzles, oaks, horse chestnuts and two impressive giant redwoods.

Inside, the hall features four spectacular ground-floor reception rooms laid out around the dramatic, double-height reception hall and decorated throughout in pastel blue and white to enhance the overall feeling of light and space.

The vast Victorian orangery recalls the grandeur of a bygone age and the modern bespoke kitchen, which has double doors leading out into the garden, is equipped both for family living and large-scale entertaining.

The first floor is dominated by the grand master-bedroom suite, which has fine views of the gardens to the south and east.

The house stands on the site of Sherlocks Farm, the original walls of which are still visible in the cellar, which also houses the original well belonging to the farm. According to local historians, details of the foundations and its 30ft well were recorded in the Domesday survey.

In August 1872, the Hall, then known as Sherlocks House, and comprising the house with ‘the outbuilding, lodges, cottage, garden, pleasure gardens, drive lands, ponds and hereditaments thereto belonging’, was sold by Sir Walter Rockcliff Farquhar, son-in-law of the 6th Duke of Beaufort, to a wealthy widow, Sarah Williams of Penshurst, for the princely sum of £11,774.

From 1872 until 1932, three generations of the Williams family lived at Shirley Hall, during which time they extended the main house, adding another storey and additional wings, including a classic Victorian orangery/winter garden. One family member was the master of the local hunt and built kennels for the hounds near the small walled garden. 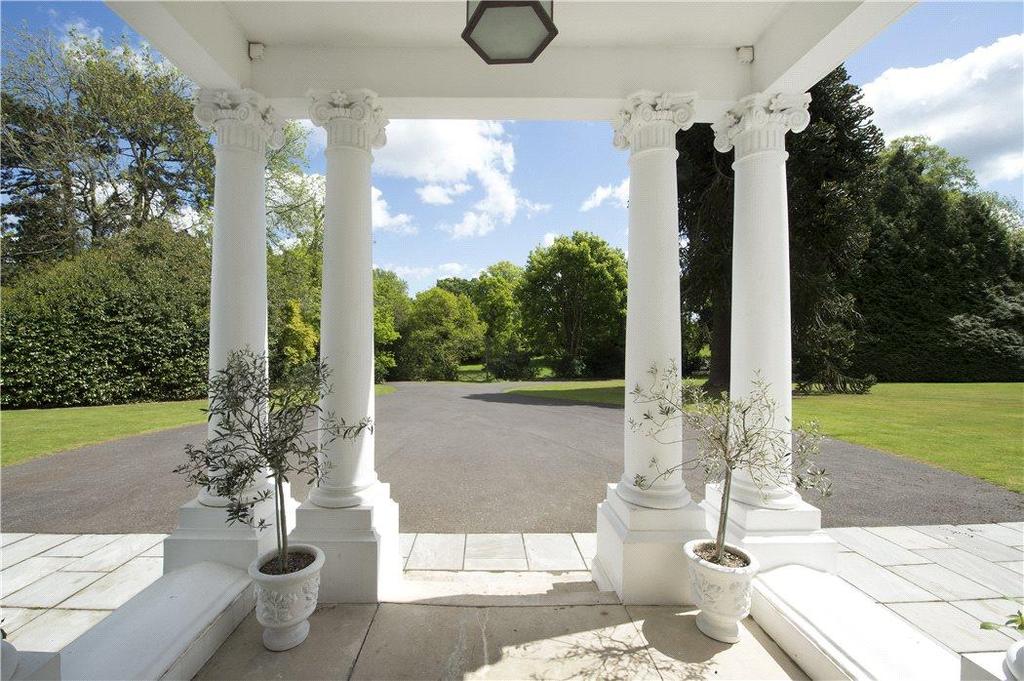 The glory days ended with the departure of the Williamses and the house remained empty until the outbreak of the Second World War, when the 265th Field Park Company Royal Engineers were stationed there.

The soldiers left in May 1943 and eventually made their way to Gold Beach in Normandy and on via Bayeux, Caen, Falaise, the Ardennes and the Netherlands into Germany. In Holland, they built a bridge that they named Shirley Bridge. A photograph taken at the time shows a handful of survivors sitting next to it, one of whom returned to visit Shirley Hall in 1993 and afterwards wrote a letter that ended: ‘Time lost from one’s life, Aug 1939 until Feb 1946, colleagues lost, quite a few, friends made, not as many, hence my visit to Tunbridge Wells.’ 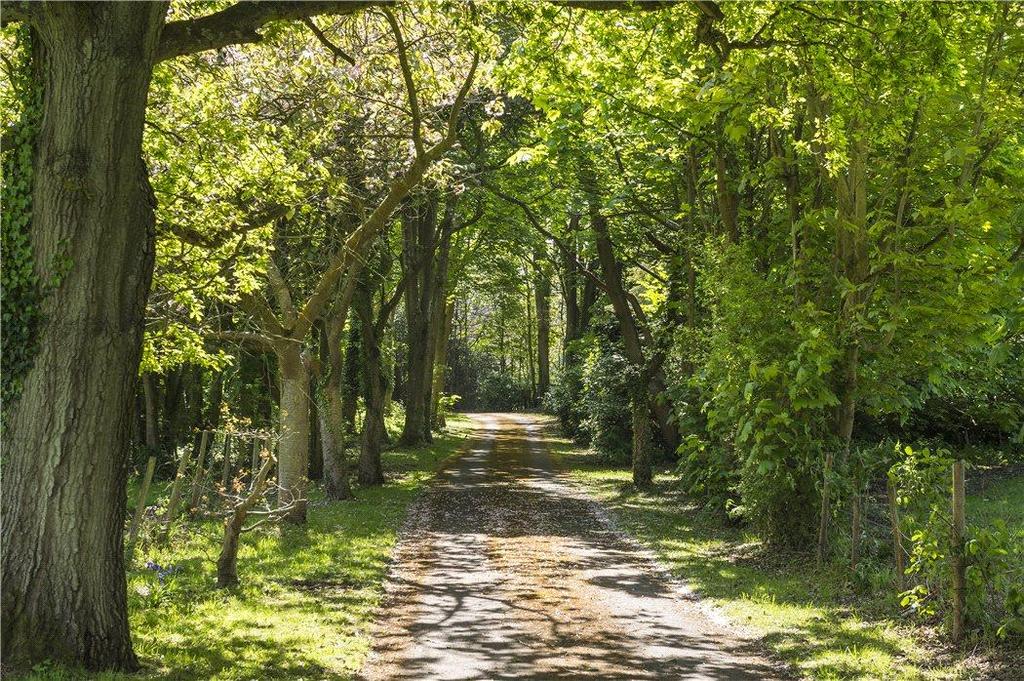 After the war, Shirley Hall was bought by local property developers, the Billings family, followed by the Chattell family and, in 1965, by the Soper family. At the time of its listing in 1990, it was described as ‘a large house, divided into flats’. The impressive stable court, said to date from ‘circa 1850’ and presumably built by the Farquhar family, merits its own Grade II listing. 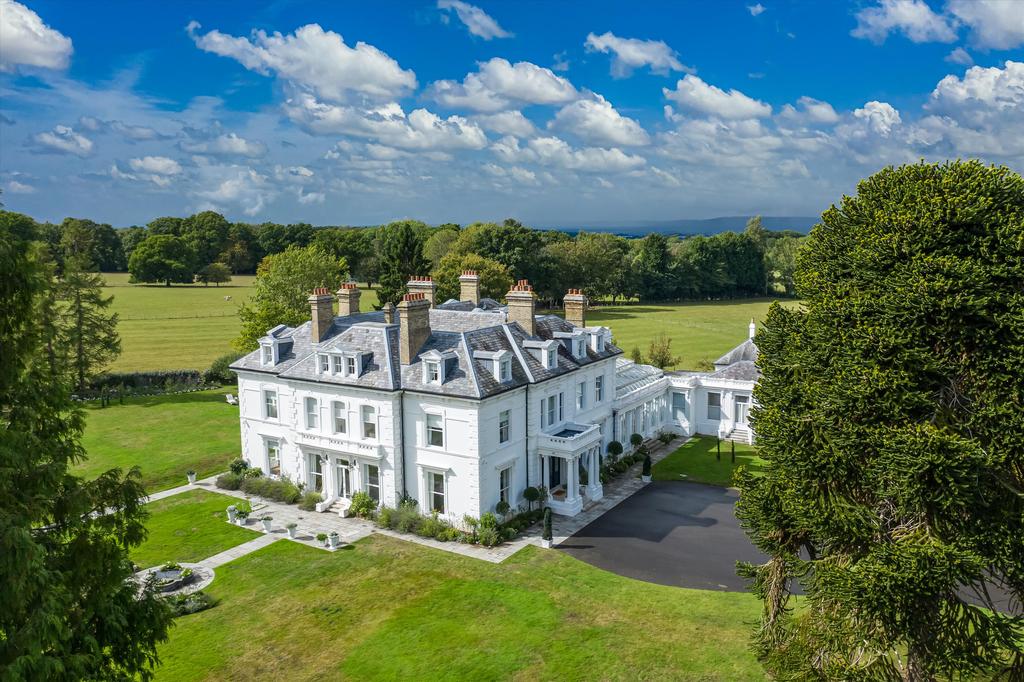 In 2013, Shirley Hall was acquired by its present owner, who immediately embarked on an impressive, three-year-long restoration of the 19,742sq ft main house and the stable courtyard, now arranged as three cottages, extensive garaging, and stabling with potential for conversion to additional accommodation.

The stable block also houses the biomass boiler that provides cost-neutral heating and hot water for the main house and the three let cottages.

Shirley Hall is for sale via Knight Frank at £8.75m — see more details and pictures.