Timber-framed houses always provoke a stir of excitement in the property market; Penny Churchill takes a look a beautiful example which has just come up in Berkshire.

The use of timber-framing in house-building dates back to Neolithic times, although, in Britain, relatively few timber-frame houses survive from before the 15th century. Throughout the medieval period, the availability of good-quality timber, such as oak, in densely wooded parts of the country allowed the construction of large, high-status houses, and timber remained the building material of choice until the mid 17th century. This week, we celebrate the arrival on the market of a notable example of the timber-framer’s art.

For sale through Knight Frank at a guide price of £4.95 million, Northbury Farm at Ruscombe, Berkshire — roughly half-way between Reading and Maidenhead — is a fine, Grade II-listed former manor house. It’s set in more than nine acres of beautifully maintained gardens and grounds, a mile from Twyford — the historic village of ‘two fords’ over the River Loddon. 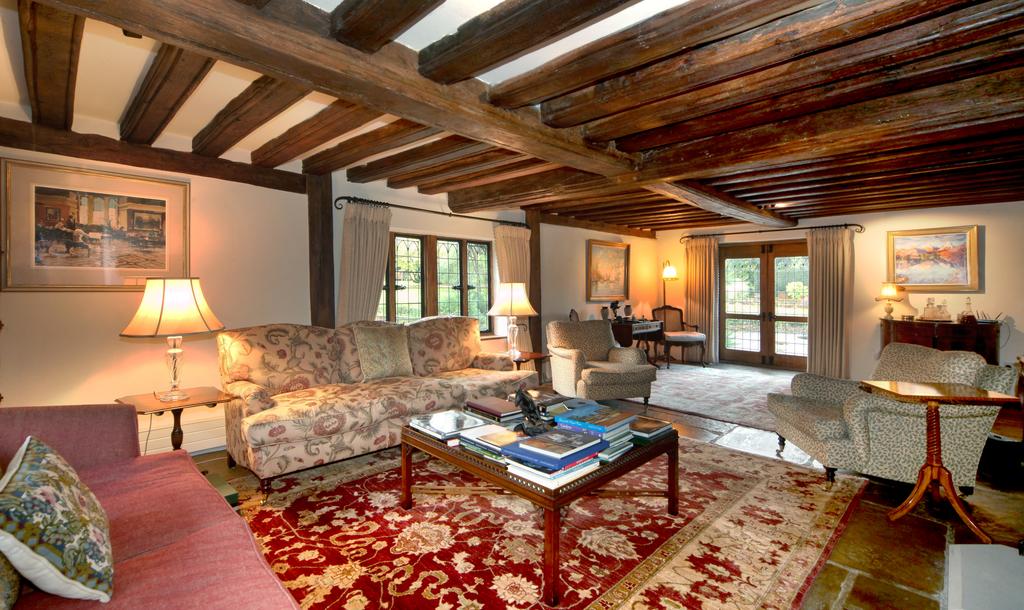 Approached by a gated tree-lined drive, Northbury Farm enjoys total seclusion within its impeccably landscaped gardens and grounds, which, according to selling agent Nick Warner, have been created from scratch by the present owners. 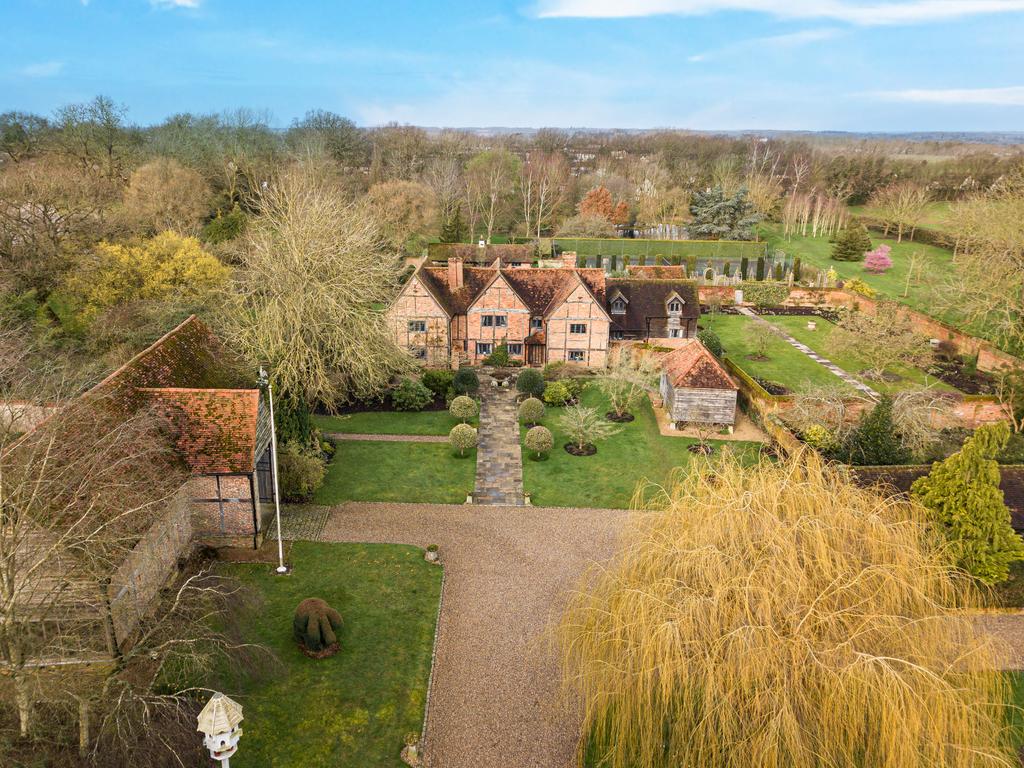 The house has been sympathetically refurbished and extended by the current owners, Sir Colin Southgate and his wife, Sally, and offers 5,126sq ft of elegant living space in the main house. 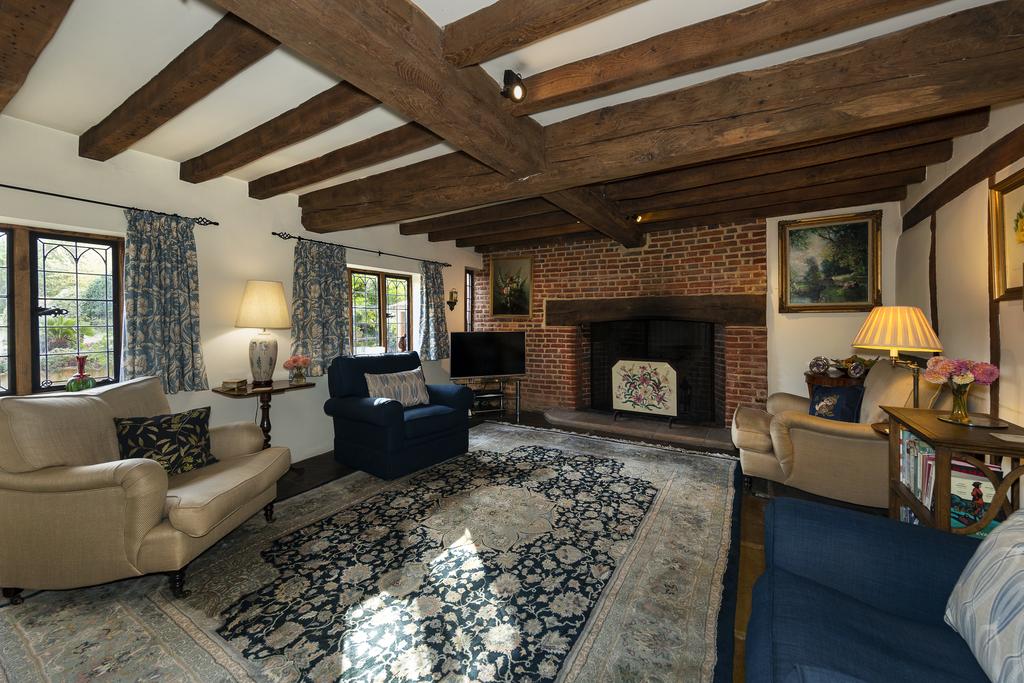 There are three main reception rooms, a study/library and a splendid kitchen/family room. 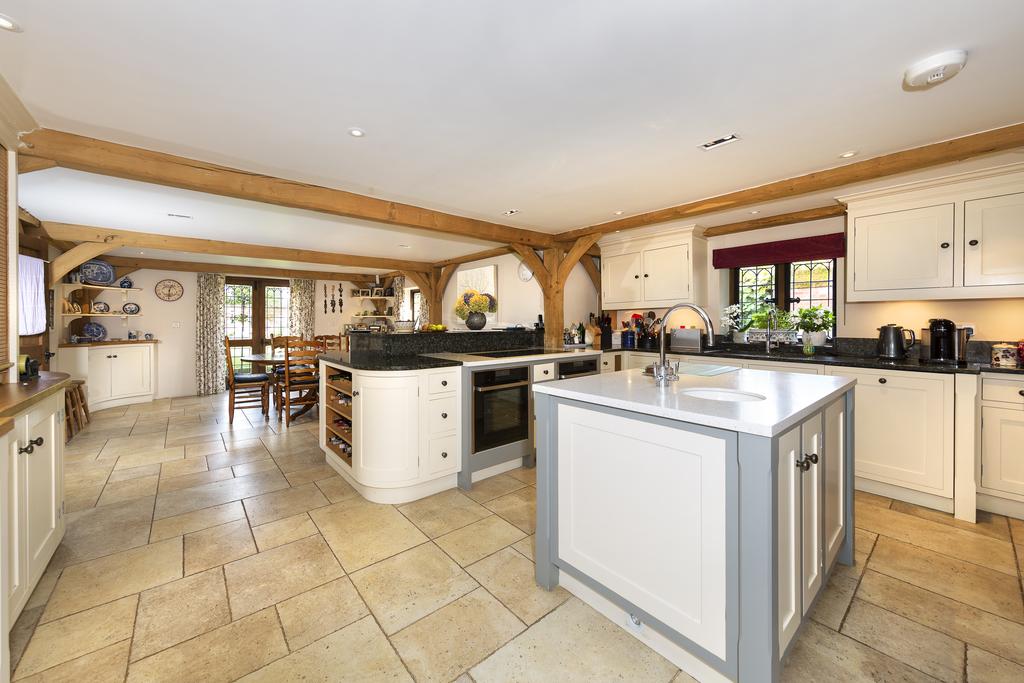 On the first floor, arranged around a galleried landing, there is a master suite, three more bedroom suites and a fifth bedroom besides. 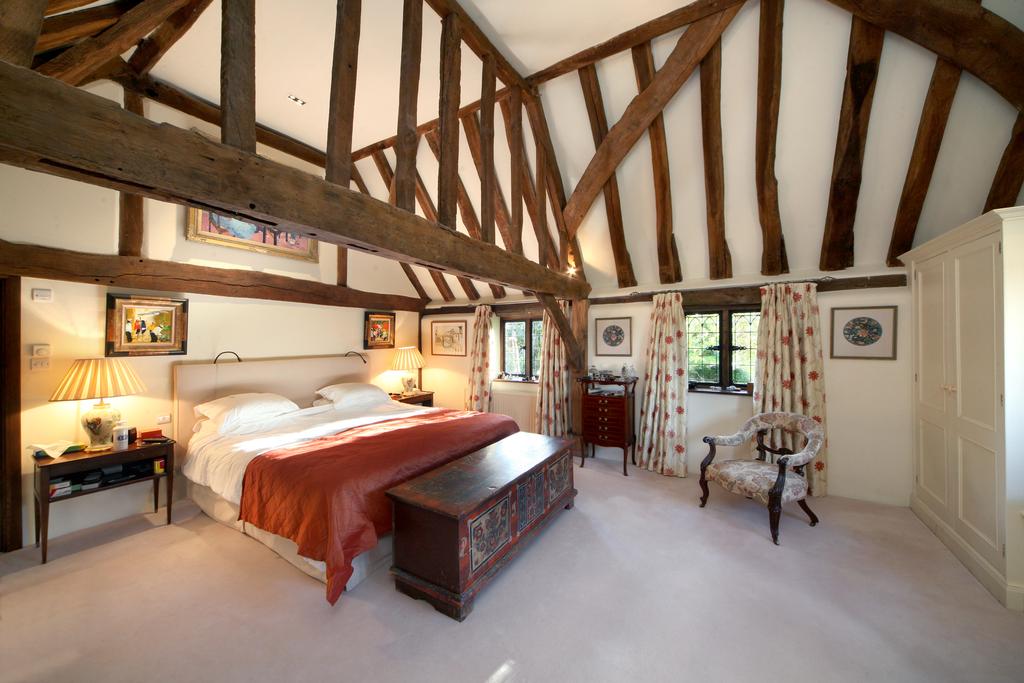 Additional accommodation is provided in two separate two-bedroom cottages, with further useful space in the impressive, listed tithe barn and granary and an extensive range of outbuildings. 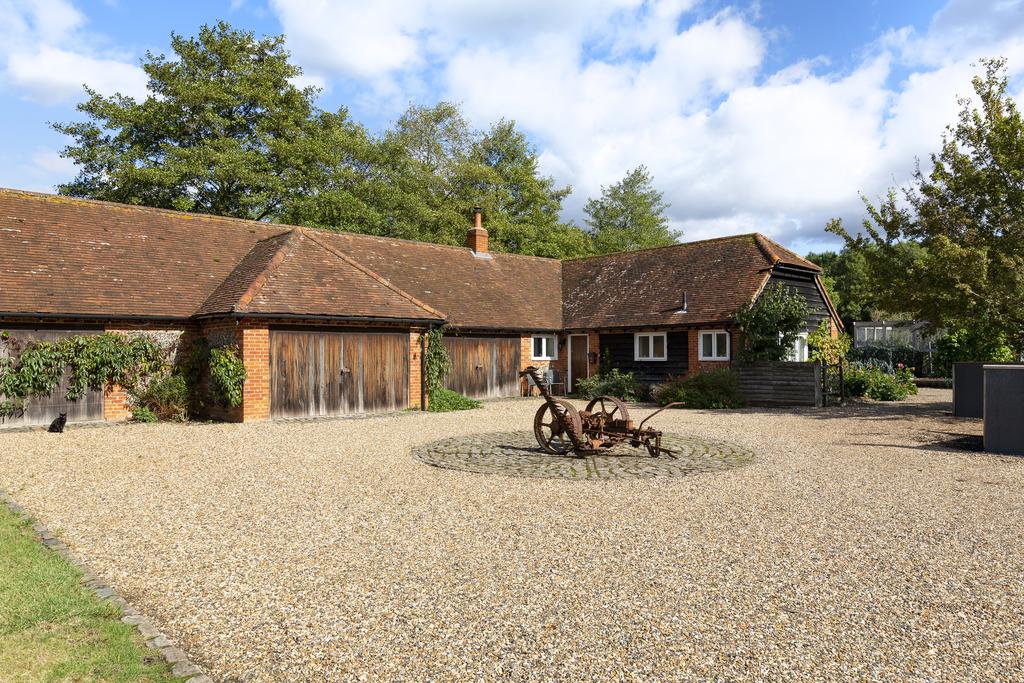 The formal gardens are a charming mix of stone terraces, rose gardens, herbaceous and shrub gardens, and the more informal areas comprise a pond, a lake and a concealed tennis court — the whole much improved, in Sir Colin’s opinion, by the recent removal of the last of the leylandii left by a previous incumbent. 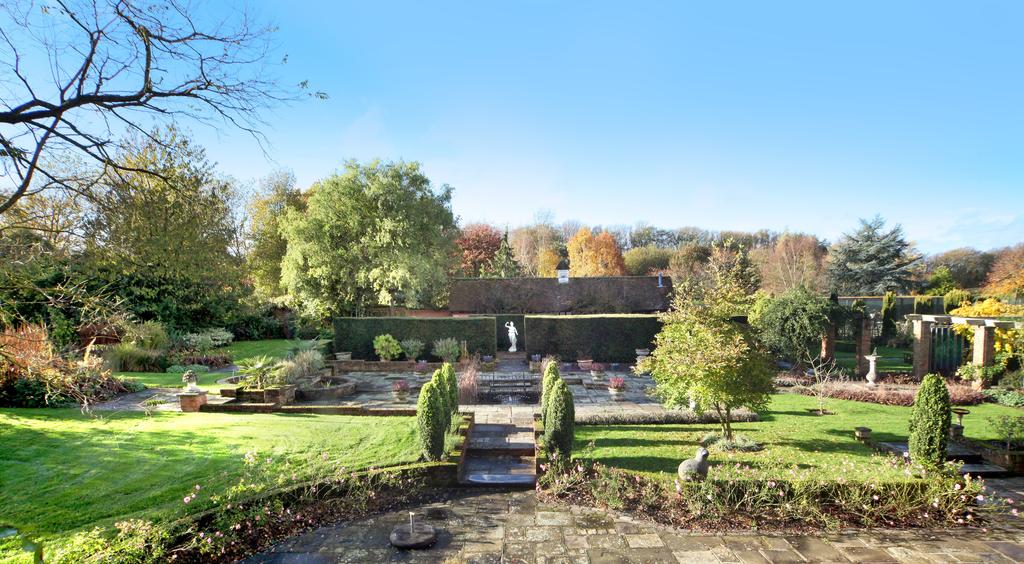 The manor of Ruscombe was held by the bishops of Salisbury Cathedral until the Dissolution, when the estate was divided into Ruscombe Northbury and Ruscombe Southbury.

In 1650, Ruscombe Northbury was bought from the trustees handling the sale of Church lands by local landowner William Barker, but reverted to the cathedral at the Restoration.

During the 17th century, the manor was leased to William Strowde, before passing by marriage to the Knight family. The property then passed through various land-owning families, among them the Leveson-Gowers, one of whom, Gen John Leveson-Gower, is described in the Enclosure Act of 1829 as lord of the manors of Ruscombe Northbury and Southbury. 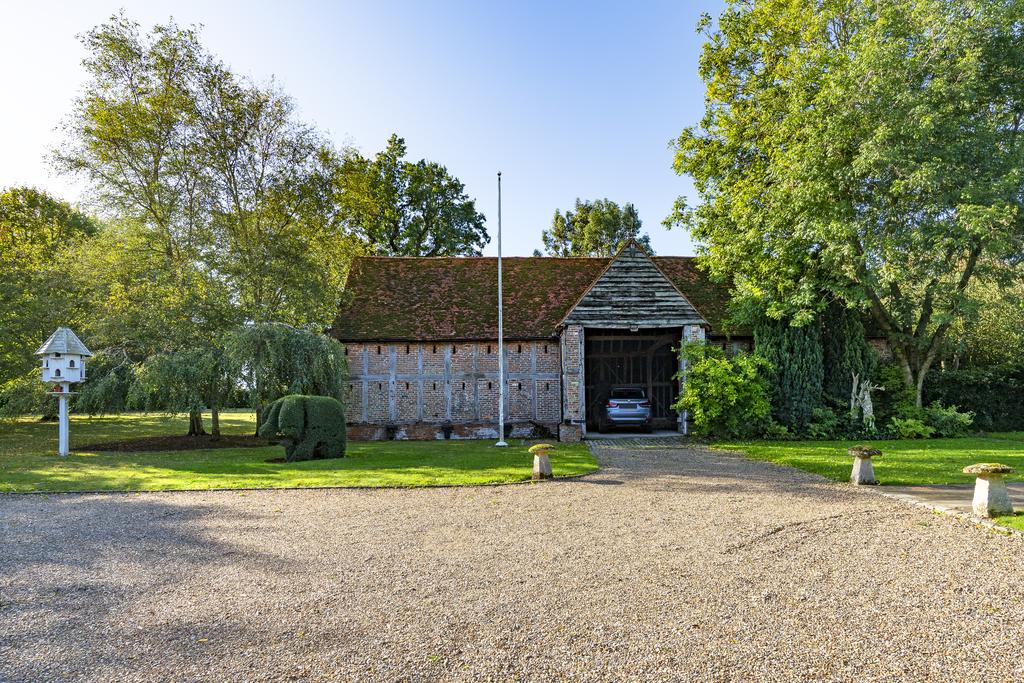 His family seat being Bill Hill, near Wokingham, Gen Leveson-Gower had little need of the manor at Southbury, which was pulled down in 1830, and the old manor house of Northbury was converted into two cottages, renamed Northbury Farm and described in The History of the County of Berkshire (1923) as ‘a much modernised half-timber and brick building of the early 17th century’.

In the 20th century, the house continued as two cottages when it was owned by the Waterer gardening family, whose ‘Floral Mile’ near Twyford was a landmark for motorists travelling to and from London. However, the former manor was in a state of disrepair when, in the 1980s, it was rescued by a developer whose ‘hobby’ was restoring timber-frame buildings. 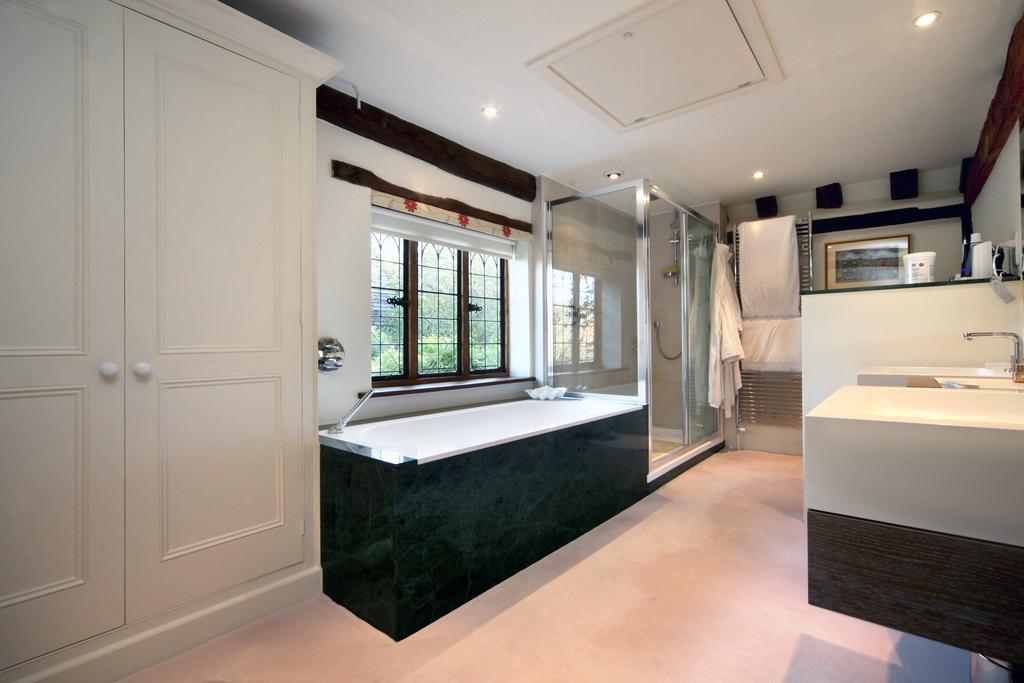 Since acquiring Northgate Farm in 1990, Sir Colin and Lady Sally have carried on the good work of their predecessors, sympathetically extending and renovating the former manor.

Northbury Farm is for sale through Knight Frank at a guide price of £4.95 million — see more details and pictures.

Charles Quest-Ritson reminisces about the day his bargain purchase of a cyclamen in Woolworths proved to be something rather special.