Little Massingham Manor was once owned by farmers, acquisition by the RAF during WW2, then sold to nuns to run as a retreat, so it begs the question — who will take over this fantastic property next?

In Norfolk, Ben Rivett of Savills in Norwich is handling the sale of Little Massingham Manor, an impressive Arts-and-Crafts country house set in 63 acres of mature gardens, grounds, woodland and parkland in an unspoilt rural location, close to the picturesque village of Great Massingham in tranquil west Norfolk.

He quotes a guide price of £3.5m for the imposing country house, which enjoys the distinction of being situated between two excellent pubs, The Dabbling Duck at Great Massingham and the Rose and Crown at Harpley.

The manor was built in 1907 by a Harley Street surgeon who retired to the area, only to die there in 1916. When his son also died, in 1919, his widow sold the property to the Dixon- Spain farming family of west Norfolk. Requisitioned by the RAF during the Second World War, the property was sold in 1962 by the Dixon-Spains to a community of nuns, who ran it as a retreat centre until 2001.

The present owners bought the manor in 2008 and embarked on a major programme of refurbishment that included the installation of state-of-the-art electrical, plumbing and heating systems, redecoration and re-plastering throughout, with the addition of a custom-built kitchen and new bathrooms. 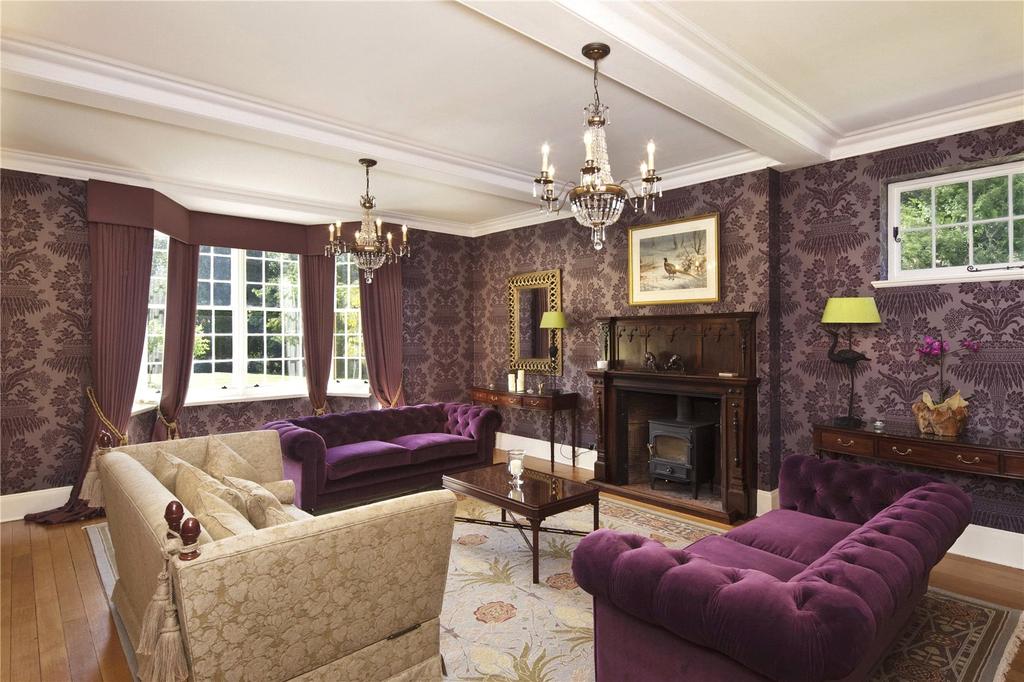 There is also a kitchen/breakfast/dining room, a study, a snug and a garden room, with 11 bedrooms and bathrooms on the first and second floors.

Outside, the Manor Cottage to the south of the main house offers further three-bedroom accommodation and the substantial stable block has potential for conversion to residential use.

To the north-east, a new formal garden of topiary yew has been created by locally based garden designer Claudia Morley.

This part of north-west Norfolk is one of the most favoured areas of the county for pheasant, partridge and duck shooting, and the shooting rights on the Little Massingham estate are in hand. Fly-fishing is also available on the nearby River Narr, a well-known chalk trout stream.

Little Massingham Manor is currently on the market via Savills at an asking price of £3.5 million — see more pictures or enquire with the agent for more details.

Great Massingham: What you need to know

Location: Located in Norfolk, Great Massingham is 13 miles east of King’s Lynn and 35 miles to Norwich, in the south east.

Atmosphere: The village of Great Massingham is a peaceful, rural spot which has a post office/village store, a primary school and several large ponds (said to originate from the fish ponds for the 11th Century Augustinian Abbey) . The village has won several awards including a ‘CPRE Community Open Spaces’ and also has a monthly newsletter written by local residents.

Things to do: There are two highly regarded pubs nearby — The Dabbling Duck in Great Massingham and The Rose and Crown in Harpley. There is a railway station at King’s Lynn with connections to London King’s Cross. With excellent sailing amongst much of the coast, plus being home to some of the country’s best Pheasant, Partridge and Duck shoots, there is plenty to keep you busy.

Schools: The local school is Great Massingham C of E primary with a number of other state and private schools in the surrounding area, including Beeston Hall Preparatory and Gresham’s School.

See more property in the area.