A house and estate have come up for sale in Perthshire seeking new owners who will be just the fourth in 200 years.

If you’re looking to live life on a great estate, even finding a house for rent can be difficult. ‘We probably only advertise 10% of the properties that come up,’ says Ralph Peters of Bidwells of the rental market in Perthshire.

Buying can be even harder, with most owners keen to keep their estates intact. So finding a place such as Craigeuan — a coach house and steading set in Perthshire farmland — is a real rarity. It’s presently up for sale via Bidwells for offers over £565,000 including the surrounding land, or just £275,000 for the house, stables and garden. 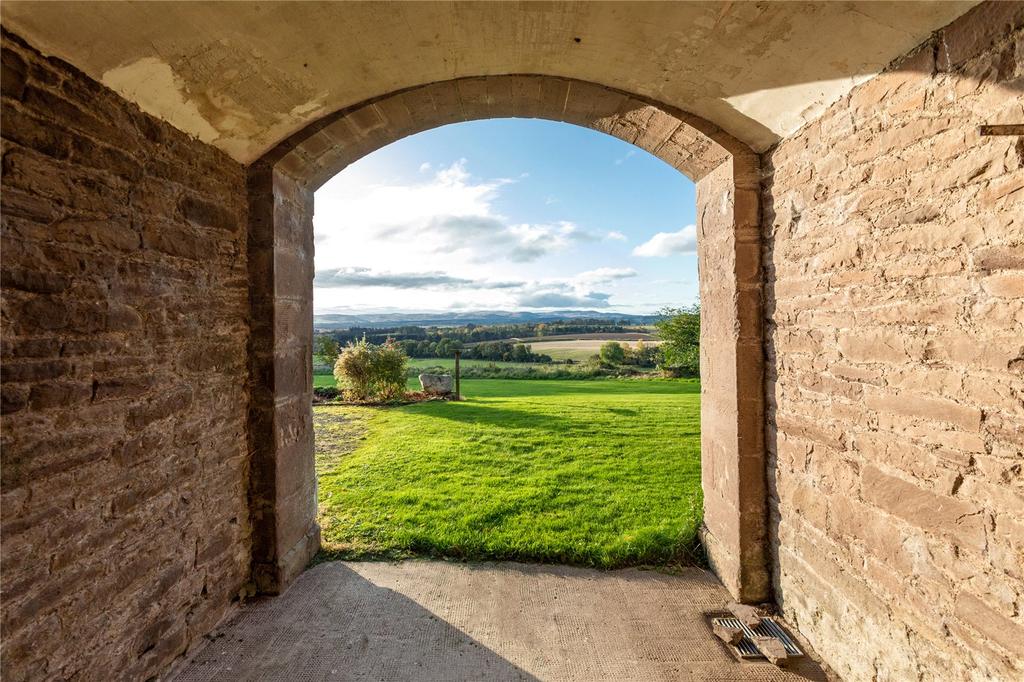 The house was originally built for the main estate house of Cultoquhey, which is now a hotel, and dates back to around 1820 when it was commissioned by Anthony Maxtone, the 12th Laird of Cultoquhey. 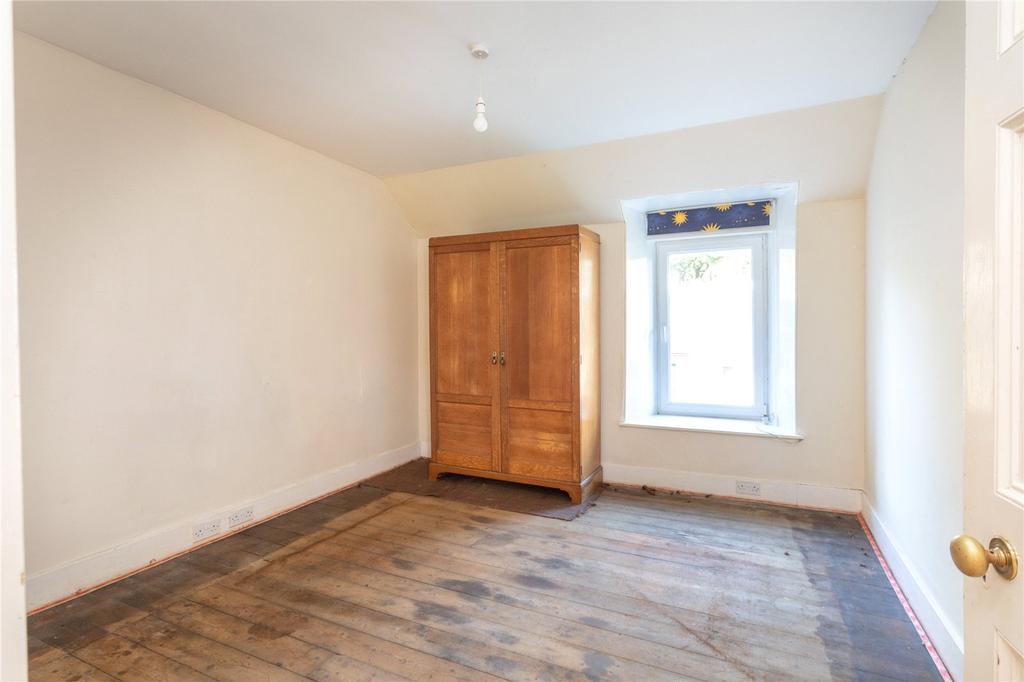 The family lived in the house before moving into the new principal estate house in 1833 — and that is the building which is now the Cultoquhey House Hotel, while Craigeuan — and the 40 or so acres of land which surround it, available as separate lots if desired — was sold off in 1956. The current owners are thought to be only the third occupiers in its approximate 200 year history. 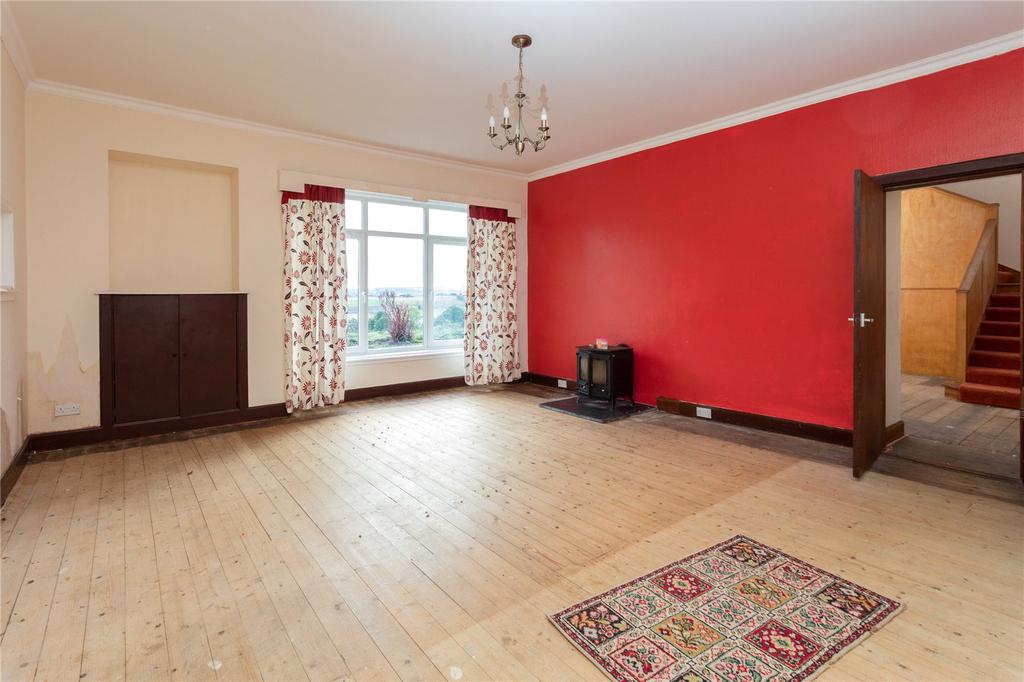 The house itself is a 4-bedroom built in traditional stone and lime construction and topped with a slate roof, spread over a couple of storeys in one corner of the steading. There There is a kitchen, shower room and two reception rooms downstairs with all four bedrooms above; the rest of the buildings — and there is roughly 10,000sq ft on offer here — are storage rooms and unused stables. The whole place seems ripe for care, attention and sympathetic development. 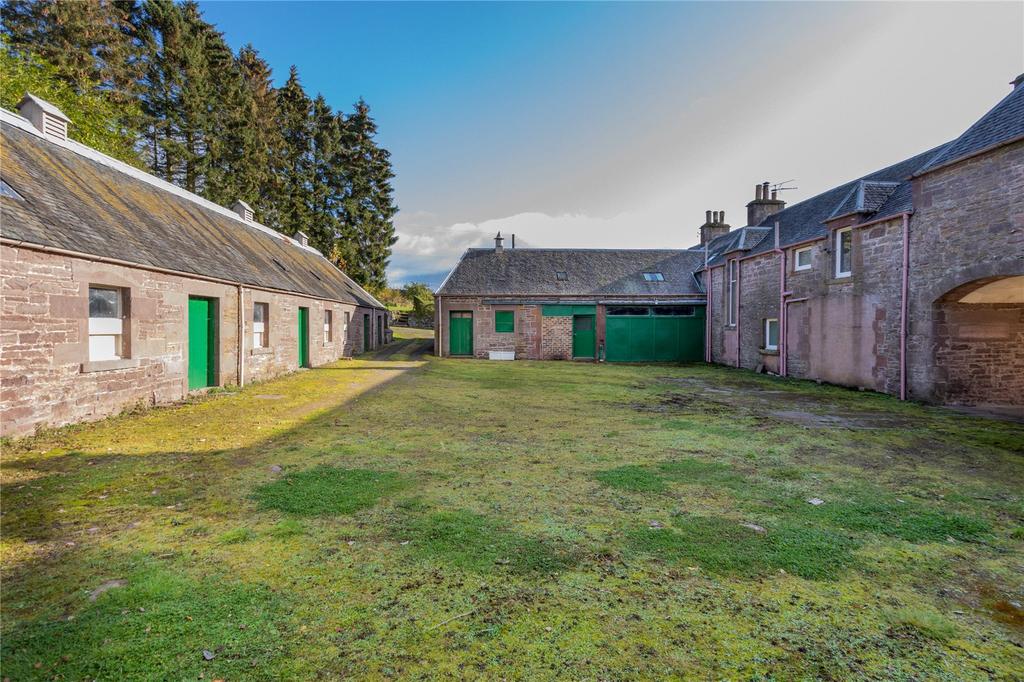 As well as its obvious charms — not least a spectacular location, not far from Crieff and a 15-mile drive from Perth — Craigeuan has one other thing to offer: a blessing from a witch. The woods to the west of the home are said to have been where the last witch in Scotland was burned to death. 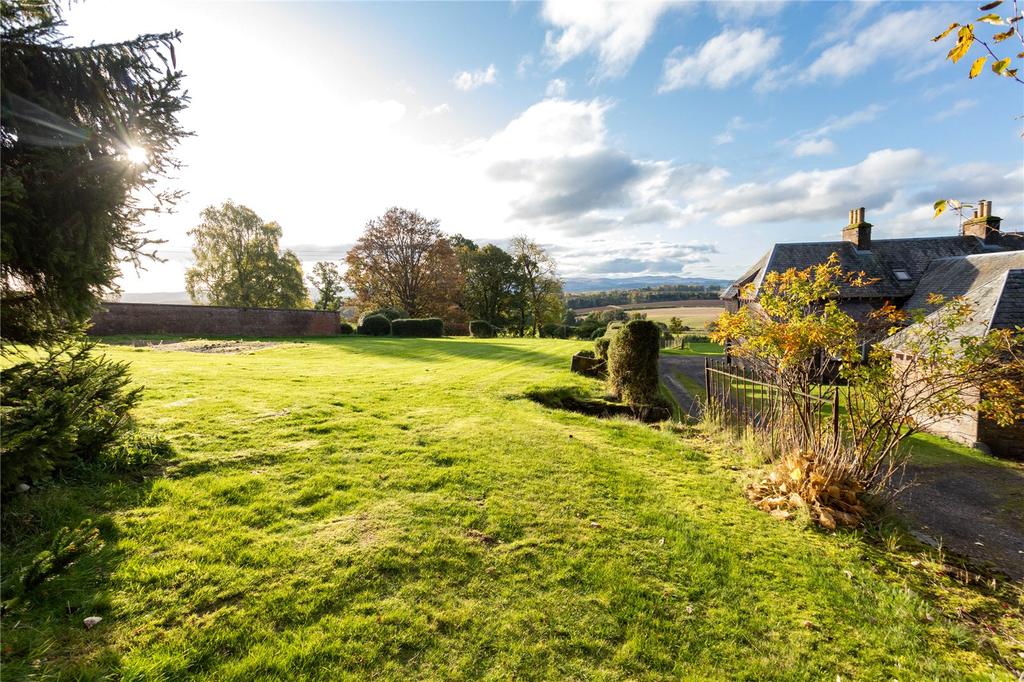 Kate McNiven, the ‘Witch of Monzie’, was hunted down to the cave where she was hiding in 1715. As she was led to the pyre she apparently cursed the local village and nearby landowners — all except the Maxtones, that is, who had apparently tried to stop the burning going ahead. Her predictions are said to have come true.

Craigeuan is up for sale via Bidwells for offers over £565,000 for all six lots, or £275,000 for the main coach house and steading — see more pictures and details.