A magnificent country house in Sussex is for sale which has gone from Victorian splendour to Art Deco palace to the home for a group of nuns – and was recently the home of the singer Adele.

Lock House, located just outside Horsham in West Sussex, is a beautiful country mansion built at the start of the 20th century – and few houses of such relatively young age can boast so many interesting twists of fortune. It’s currently for sale via Strutt & Parker at £7.25 million.

The house was originally built in around 1900 in what is loosely termed the ‘vernacular revival’ style, that is to say it incorporates a then-modern take on traditional architecture  – the Jacobean hallway being perhaps the most obvious example of this. 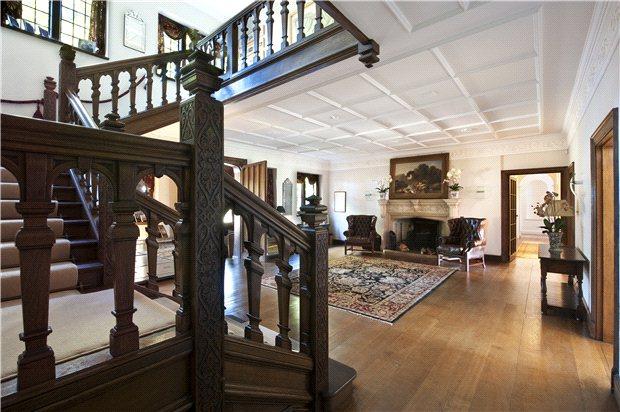 It was heavily refurbished and extended in the 1930s by the Harvey family, who added all manner of flourishes including a ballroom, loggia and many Art Deco touches, many of which are still in place.

After the Harveys left, however, the house ended up being used as a convent until the current owner bought the place and turned it back into one house. 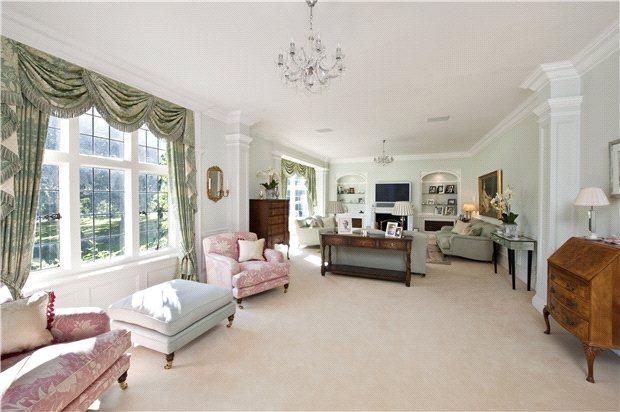 He ended up letting it out to pop singer Adele, who lived here from 2011-2012, at the time that she brought out her enormously successful second album 21. She even opened her doors to US current affairs programme 60 Minutes to show them round the place.

The house is vast. There are 13 bedrooms in total – nine in the main part of the house, three in a staff flat – plus a further guest cottage. There’s also a reception room, drawing room, dining room, loggia, media room, huge kitchen/dining room, and two studies.

There’s also something referred to by the agents as the ‘walnut room’ – honestly, we’re not even sure what that means. But it sounds superb. 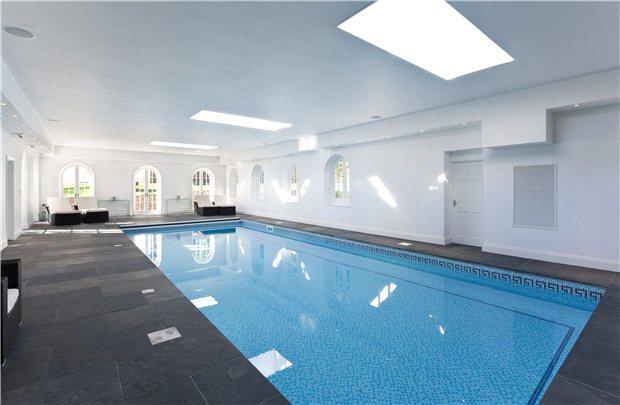 Beyond the accommodation itself, however, this is a home which you can easily imagine being at the heart of a superstar’s empire. There are staff offices as well as the aforementioned flat, there are indoor and outdoor pools, a tennis court – with its own pavilion, naturally – plus a summer house, helipad and hangar. 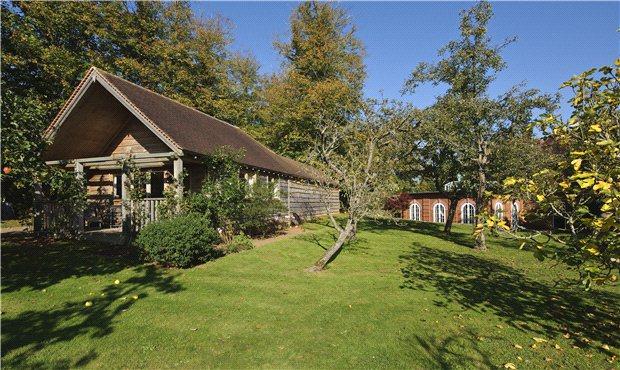 ‘The swimming pool set up is amazing and it has the most enormous kitchen/breakfast/day room you have ever seen, the sort of room where the whole family base themselves.’ 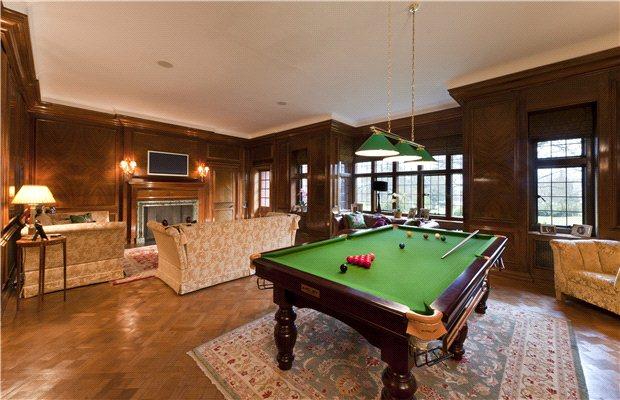 Lock House is set within 85 acres of rolling Sussex countryside – there wasn’t originally quite so much land, but the current owner bought land around the property to increase the feelings of security and seclusion.

‘It’s exactly what everyone wants in a modern house, it’s the most perfect party and entertaining house,’ adds Mr Mackenzie. ‘And it’s even more private than it used to be because the owner bought in a lot more land round the back of it. So now everything you see, you own. It will appeal to someone who wants complete privacy.’ 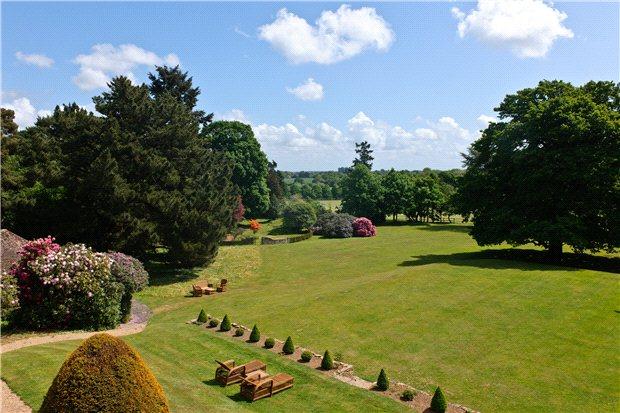 Mr Mackenzie goes on to suggest that another celebrity could end up being the buyer (‘We have several looking right now’ he says), but no matter who ends up moving in, they’ll enjoy a house of rare quality.

‘It is built for someone special, especially as it has a helicopter hangar,’ he says. ‘It’s a top-of-the-range property, that doesn’t come up very much.’

Lock House is for sale via Strutt & Parker at £7.25m – see more pictures and details.

We take a look at the finest castles, country houses and estates for sale in Scotland, from under £700,000 to