A county retreat from the London Season, the summer residence of a powerful political hostess in the 19th century has come onto the market this week.

The story behind the sale of romantic, 1,018-acre Kinrara estate on the banks of the Spey, four miles south of Aviemore in the Cairngorms National Park, is as colourful and complex as Scotland itself. The estate is launched in this week’s Country Life, at ‘offers over £3 million’, through the Edinburgh and Perth offices of Savills. 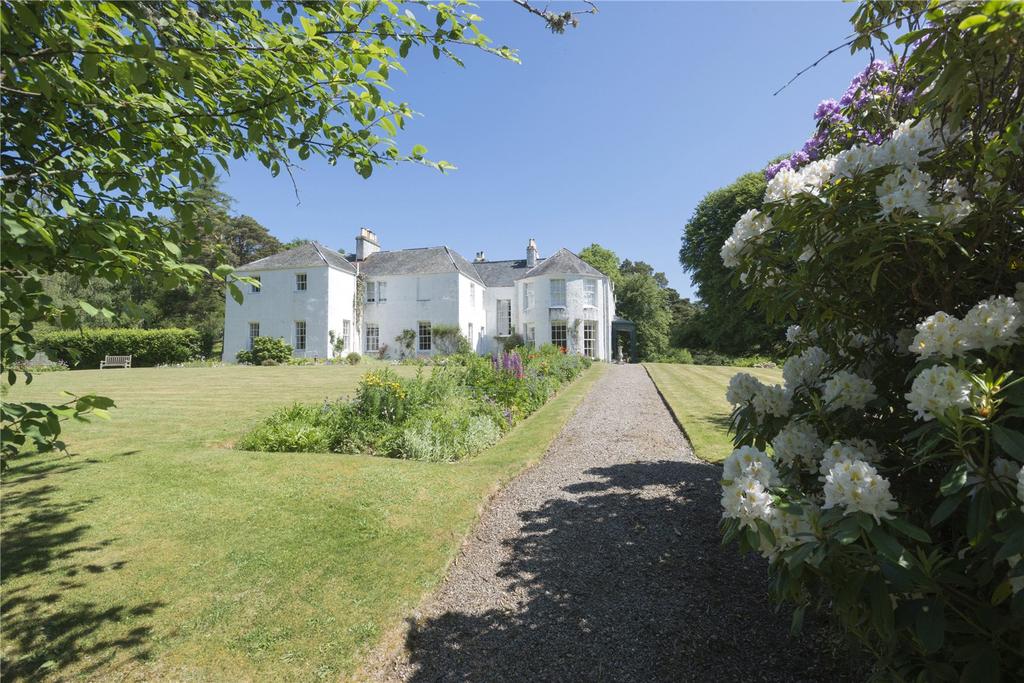 Following his coronation in 1306, Robert the Bruce sought to assert his authority in the north of Scotland by reeling in the powerful Comyn family, Earls of Atholl, who controlled key lines of communication from their castles of Ruthven, Blair Atholl, Inverlochy and Balvenie, to name but a few. Their relationship was a fractious one and David of Strathbogie, Earl of Atholl, was stripped of his estate for disloyalty on the eve of Bannockburn. 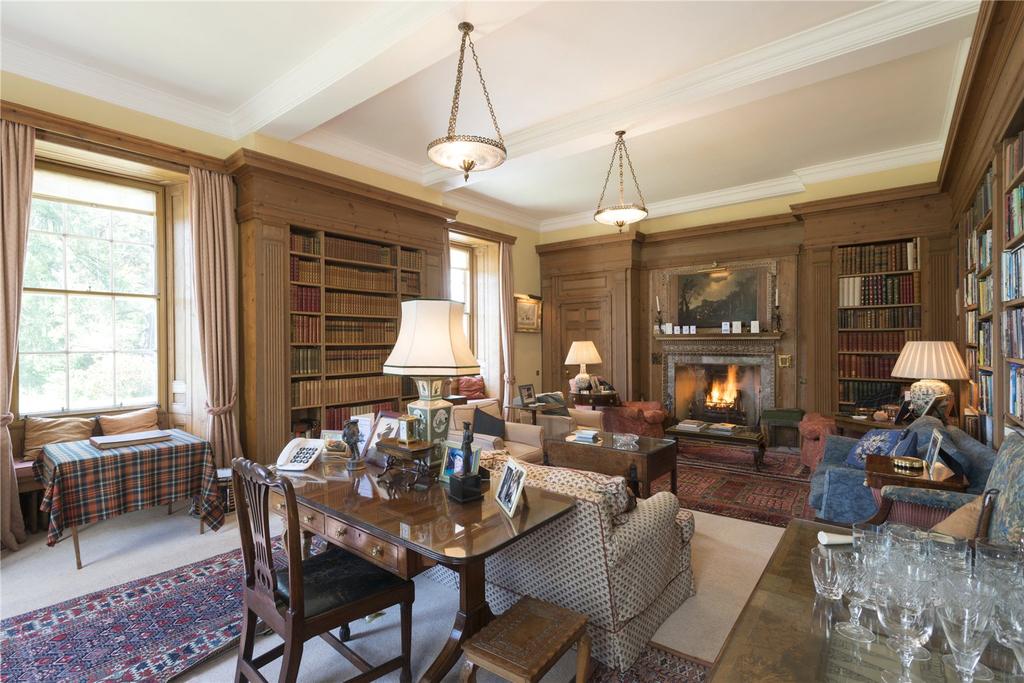 The Strathbogie estate, with its castle, the Peel of Strathbogie (later Huntly Castle), which guarded the important Elgin Bridge river crossing, was given to a politically ambitious family from Huntlywood, near Gordon. Six of them became Earls of Huntly and the last a Marquess, in 1599; the 4th Marquess became 1st Duke of Gordon in 1684, but the dukedom lapsed with the death of the 5th Duke, who was childless – at least in wedlock. 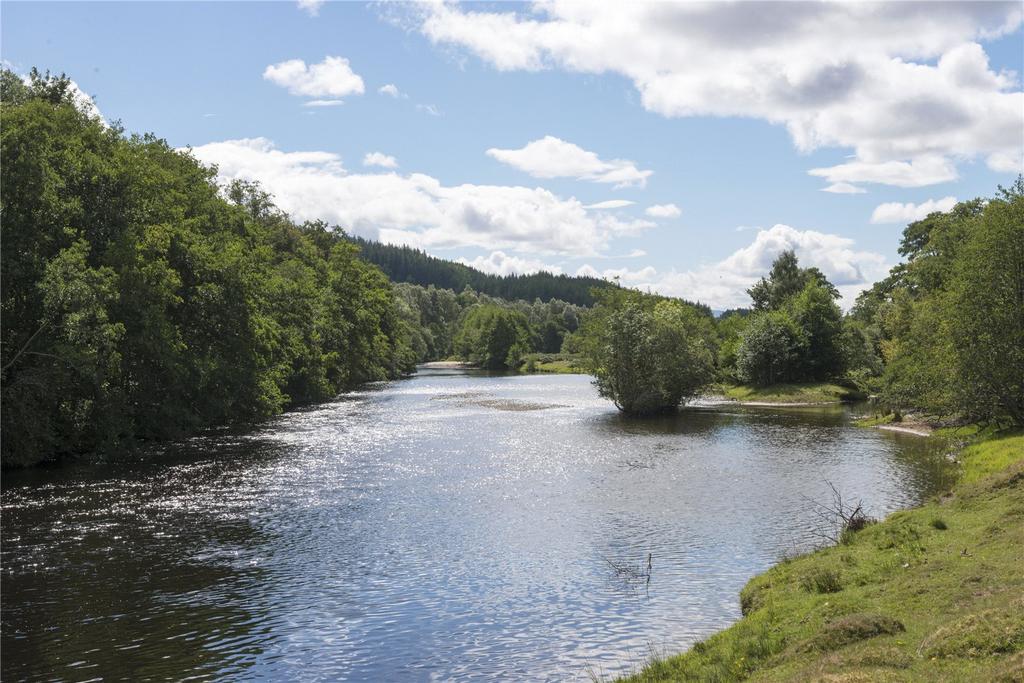 His father, Alexander, 4th Duke of Gordon, had already had a son with Jean Christie, a housemaid at Gordon Castle, when he married Jane Maxwell of Monreith, of Gavin Maxwell of Ring of Bright Water fame, in 1767.

It was not a happy marriage and the couple became estranged in 1789, by which time, Jane, known as ‘the beautiful Duchess of Gordon’, had borne the Duke two sons and five daughters. (He went on to have at least five children with Jean Christie, whom he married after Jane’s death in 1812.) 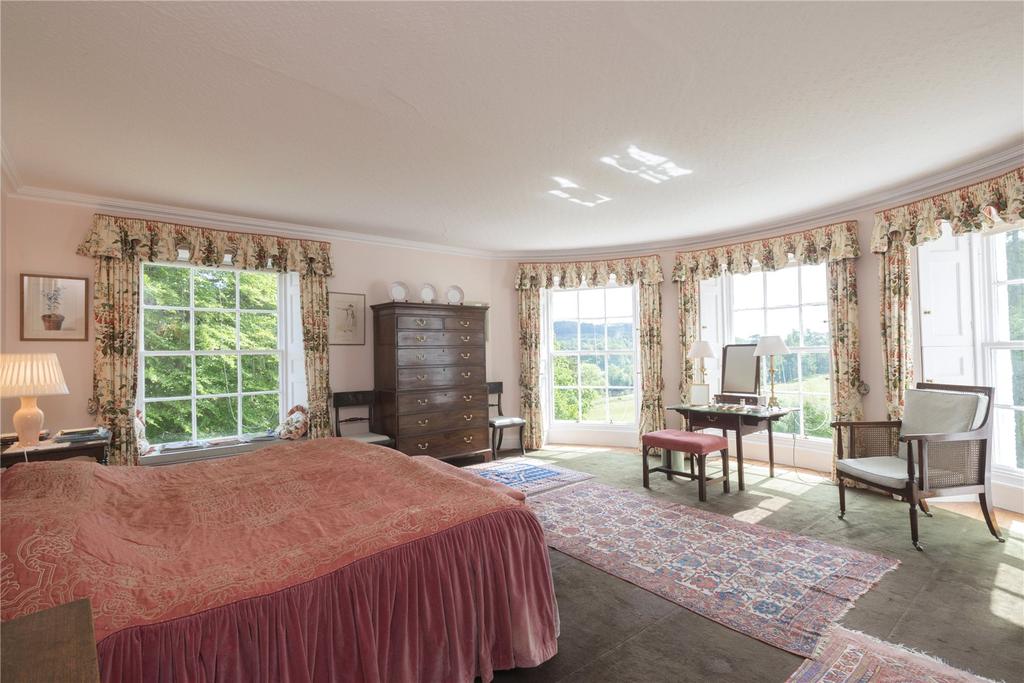 After the collapse of her marriage, the Duchess set about creating a country retreat and summer residence at Kinrara. During the London Season, she lived in Pall Mall, where she was the political hostess of her day. One of her proudest achievements was securing titled husbands for all five of her daughters.

Her legendary London soirees were repeated at Kinrara, as reported by Eliza-beth Grant, in her Memoirs of a Highland Lady (1804–1806), which relates: ‘We were often at Kinrara, the Duchess having perpetual dances.’

Indeed, many a night was danced away on the sprung dance floor that runs the entire length of the ground-floor entertaining rooms. The full story of the Duchess and her ‘Mountain Salon’ at Kinrara is vividly told in chapter three of Highland Retreats (2017) by Mary Miers. 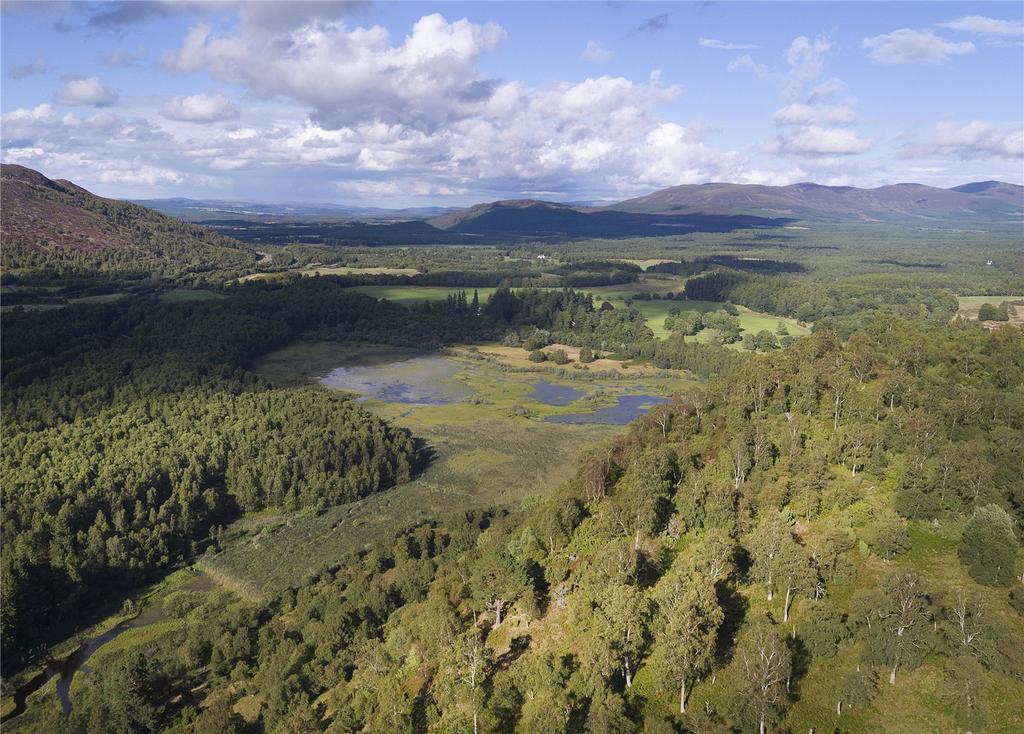 Kinrara House was built in about 1804, possibly to designs by John Smith and later extended. In 1939, Sir Reginald Fairlie carried out further alterations for the Bilsland milling family, who bought the property in 1937.

In the early 1920s, Kinrara was home to another formidable woman, Lucy, Lady Houston, who married the shipping magnate Sir Robert Houston; they lived as tax exiles in Jersey and frequently visited Kinrara.

Widowed in 1926, Lady Houston returned to England, having negotiated a favourable settlement with the tax authorities, and threw herself into a life of philanthropy and high-society parties.

She is credited with financing the development of the Supermarine S.6b seaplane, forerunner of the Spitfire, but, allegedly, was so appalled by the Abdication crisis of 1936 that she died of a heart attack. 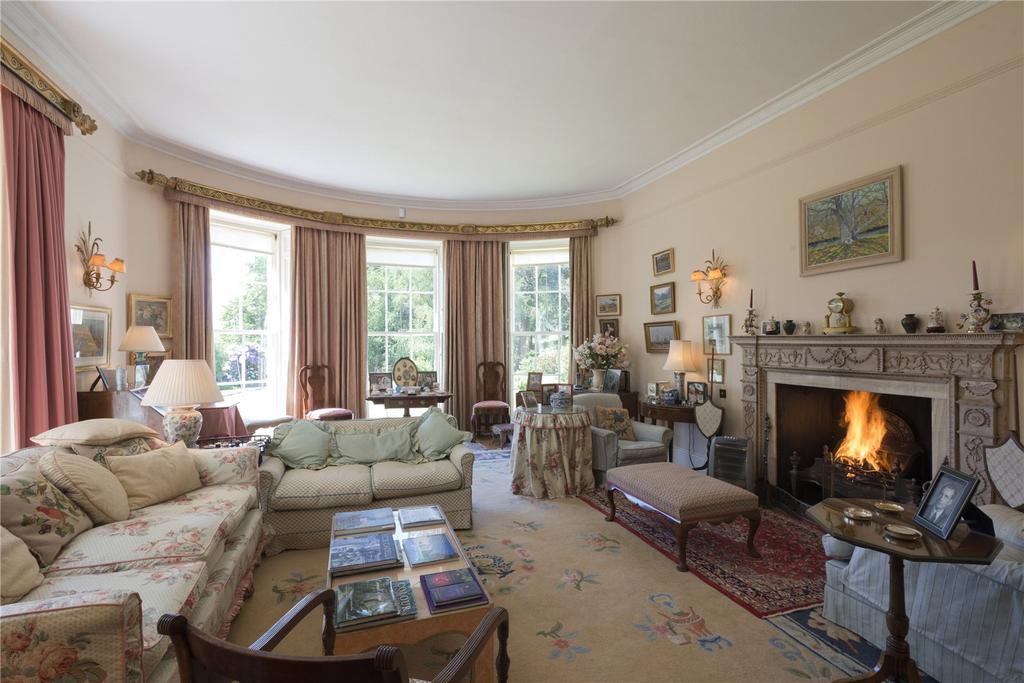 The Bilsland family owned Kinrara until 1970. Since then, it has been lovingly maintained and managed; the current owners bought it in 1972.

Kinrara is a hidden Highland gem, recognised by Historic Environment Scotland as being of national importance, and, thanks to the dedication of ‘the beautiful Duchess’, an outstanding example of late-18th-century, Picturesque landscape design.

The estate lies on the right bank of the majestic River Spey, which flows along its entire eastern boundary, and remains to this day a timeless haven of peace and tranquillity. 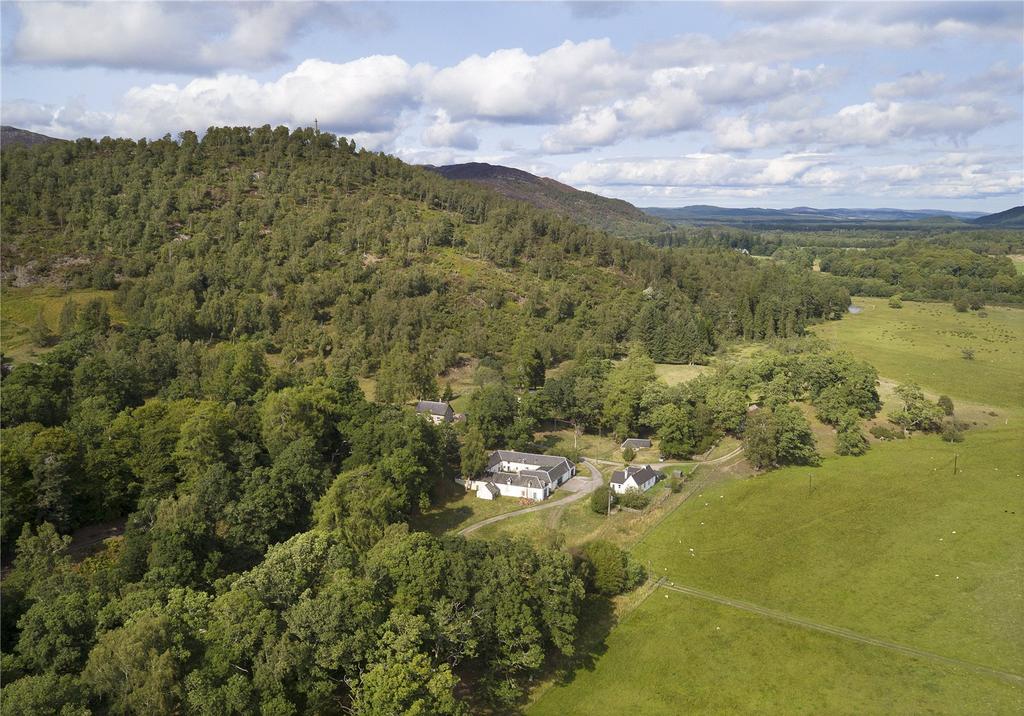 Three drives run through its grounds and converge on B-listed, Georgian Kinrara House, which occupies a wonderfully private, wooded site overlooking the river.

Set against the backdrop of the Cairngorms, it retains the charm of yesteryear in its five reception rooms, 13 bedrooms, four bathrooms and five estate cottages. The surrounding estate offers untapped sporting potential, with fishing on the Spey, an exciting pheasant shoot and an excellent habitat for roe and red deer hinds. 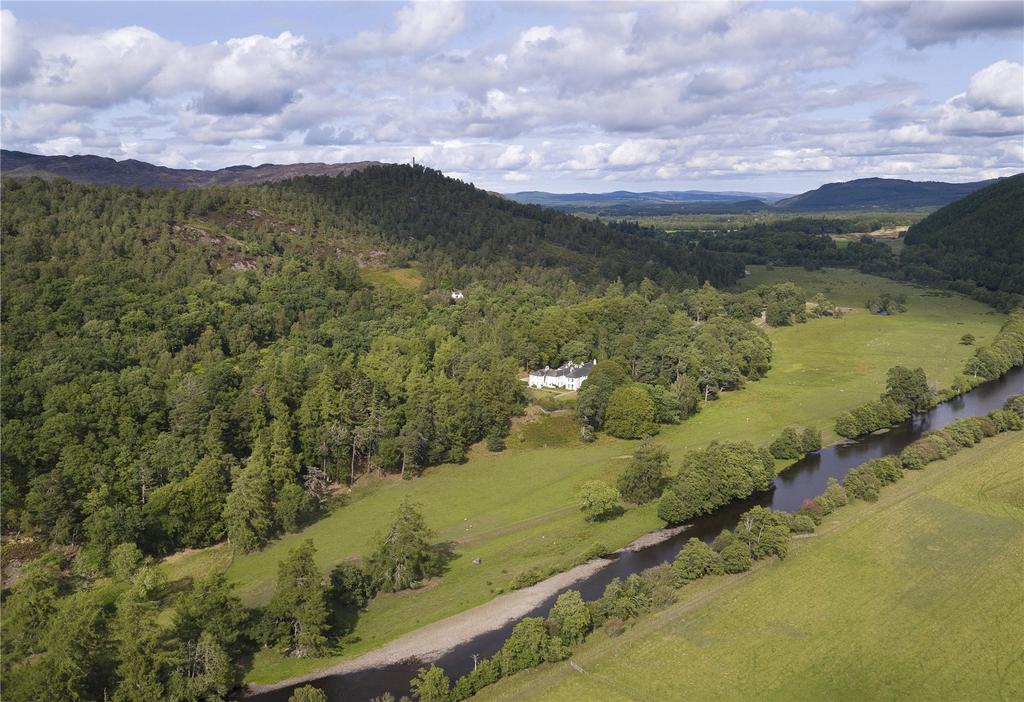 Kinrara is on the market with Savills accepting offers over £3,000,000. See more information and pictures here.

Whether it's sold in its entirety or in four lots, the Glen Lonan estate is as stunning as the Highlands

A colossal estate in Perthshire has come to the market, offering a wonderful house, mountains, lakes, equestrian facilities, and a