Porta Leacach House is a fine family home that boasts arguably the most breathtaking location on the Isle of Arran.

Some days are so cold, gloomy and damp that it’s hard to remember a time when you ever felt that delicious, warm tang of sunshine on your skin.

Other days are so deeply blue and irrepressibly sunny that the very idea it’ll ever rain again seems ludicrous. And we’ll admit that these images of Porta Leacach House, on the Isle of Arran, were taken on one of these latter days; and we’ll also admit that this dot on the map in the Firth of Clyde doesn’t always enjoy tropical conditions. 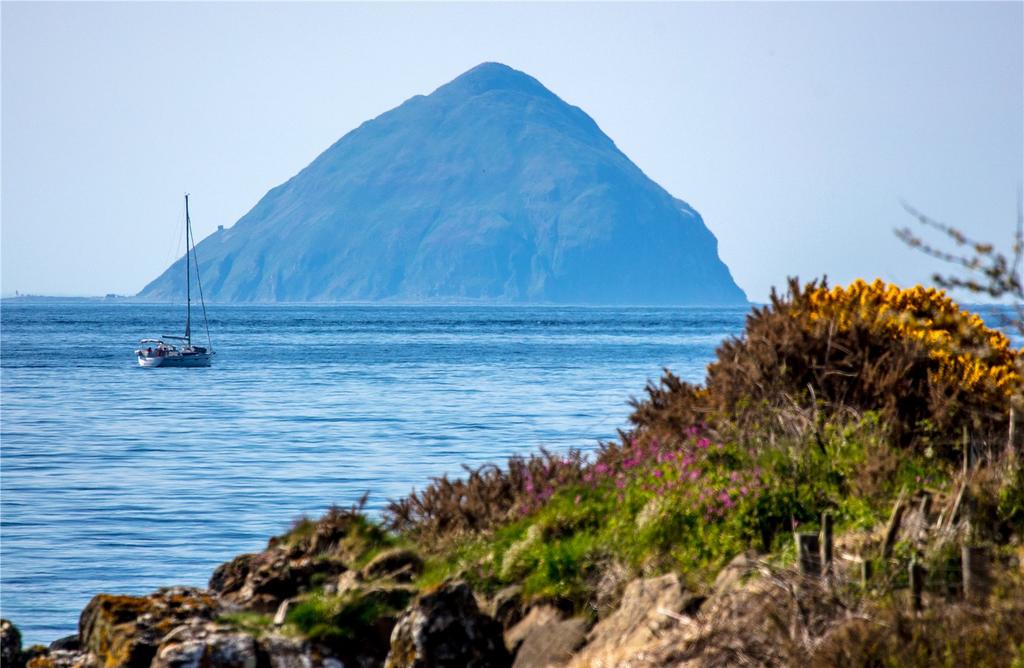 Yet since when does anyone buy a house thinking about how it’ll be at its worst? Instead, let’s focus on the joys of this five-bedroom family home, set in 32 acres of land, and for sale via Savills at a price which will make city dwellers weep: £650,000. 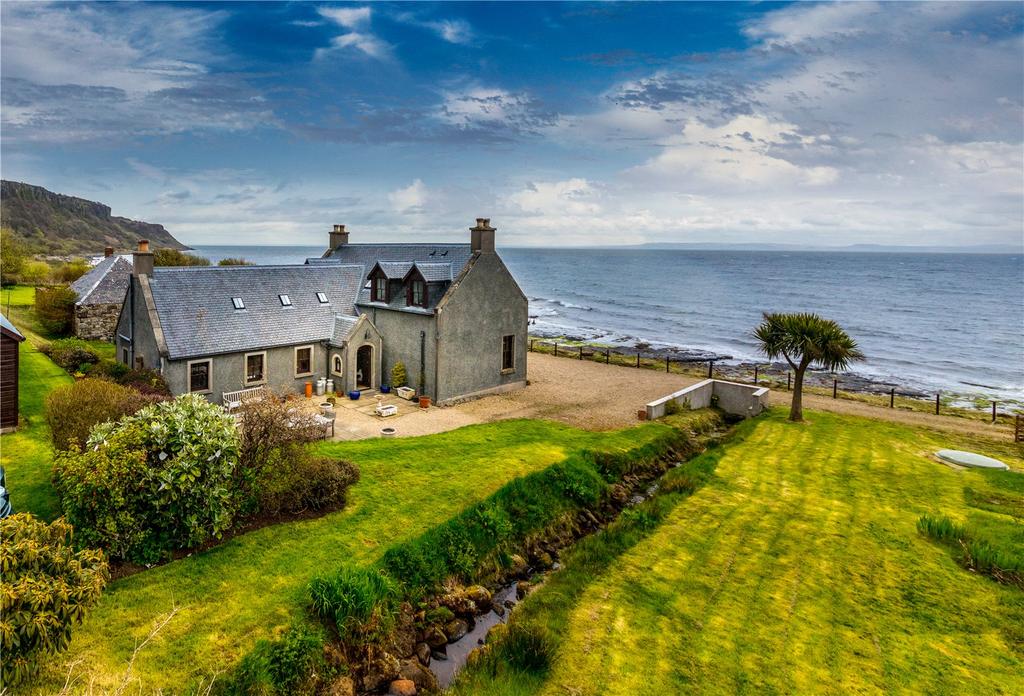 The house sites on the southern tip of Arran on the edge of a village named Kildonan, a tiny place which has a sandy beach, a castle, shop, post office and a hotel, as well as views back to the mainland and to the striking Pladda lighthouse.

Porta Leacach House itself dates to 1896, a traditional Scottish farmhouse that has been very nicely refurbished. The kitchen in particular is exactly what you’d hope to see in this sort of property, with dark blue Aga, island and plenty of space for a dining table. 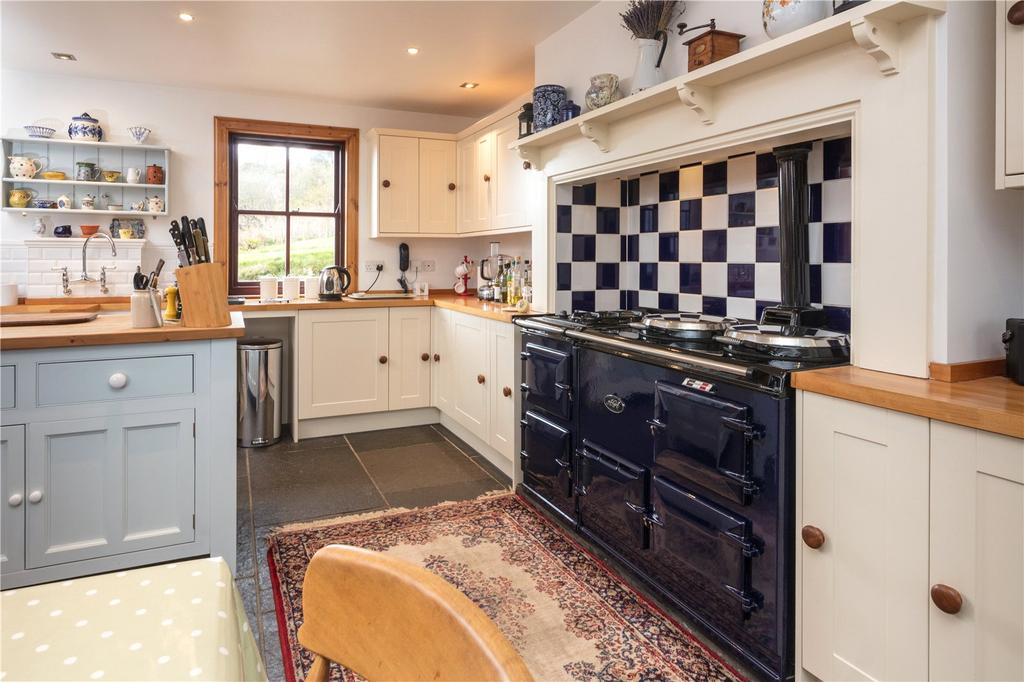 The living rooms are arranged at the front of the house to make the most of the splendid views out to sea, while off to one side of the dining room is a study. 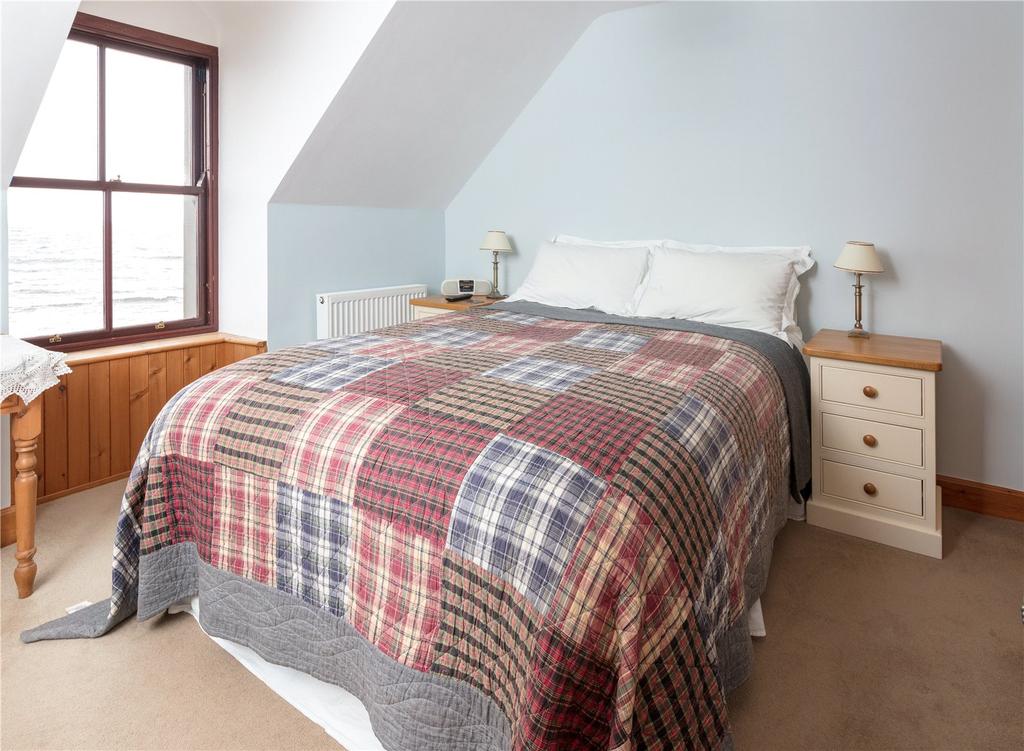 The land that comes with the house is a mixture of well-kept lawn and wilder areas, as well as a fruit and vegetable patch. And, of course, your own private stretch of coastline. 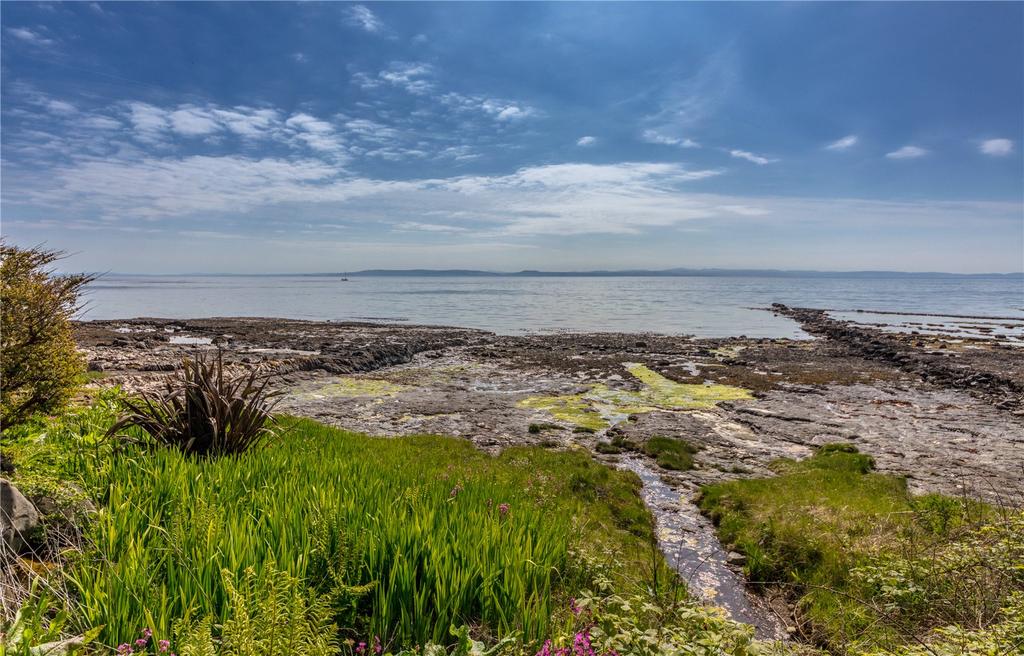 There’s a West-facing patio too, plus a number of outbuildings — one of which, a crumbling old steading, might potentially be restored an used as a holiday let. 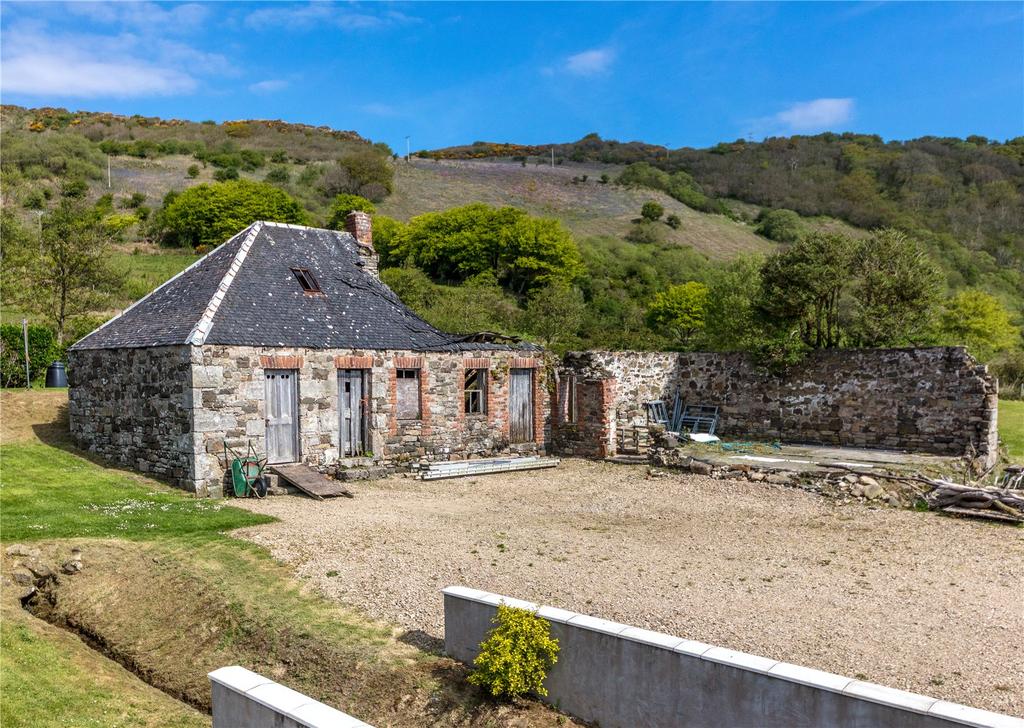 We’d imagine that such a place could do very well indeed; after all, one look at the picture above and pretty much anyone would be convinced of the charms of this spot as a place for a holiday.

Porta Leacach House is for sale via Savills at £650,000 — see more details and pictures.