A house has come to the market in Devon on the grounds of a former monastery, with a galleried dining hall, and views across to Dartmoor from the top of the splendid folly in the garden.

Just outside the thriving town of Ivybridge on the edge of Dartmoor is Filham House, a grand, five-bedroom home set on the site of a former monastery. It’s for sale via Marchand Petit at £1.75 million. 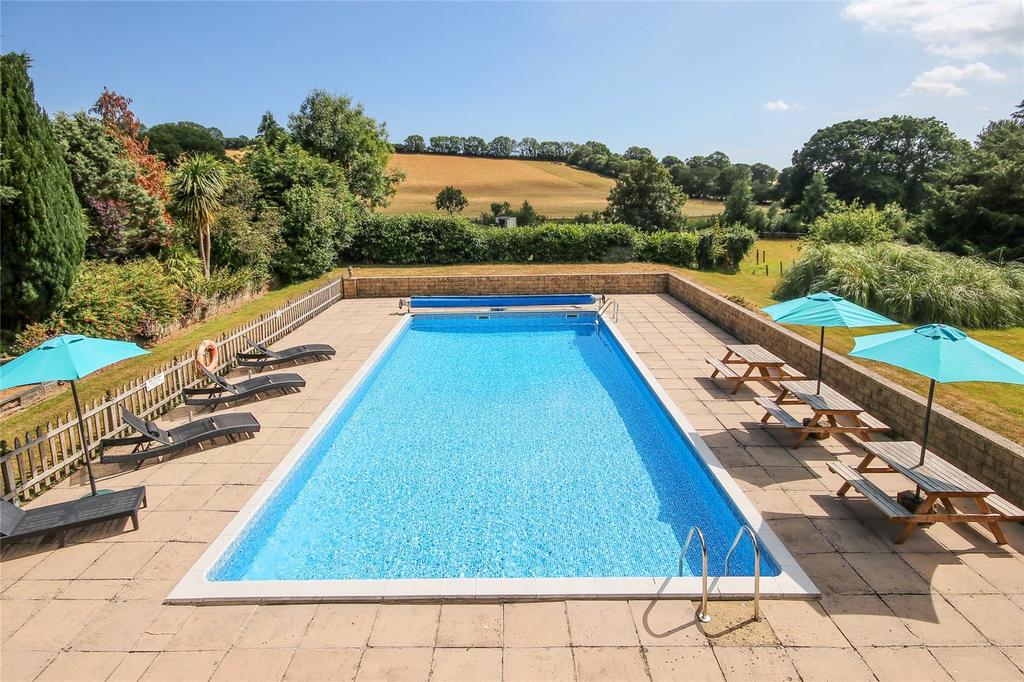 To say that it’s a house for sale isn’t quite accurate, actually. While the sprawling Georgian manor house is the centrepiece, this is actually a small estate that includes five further cottages, gardens, an outdoor swimming pool and half a dozen acres of parkland. 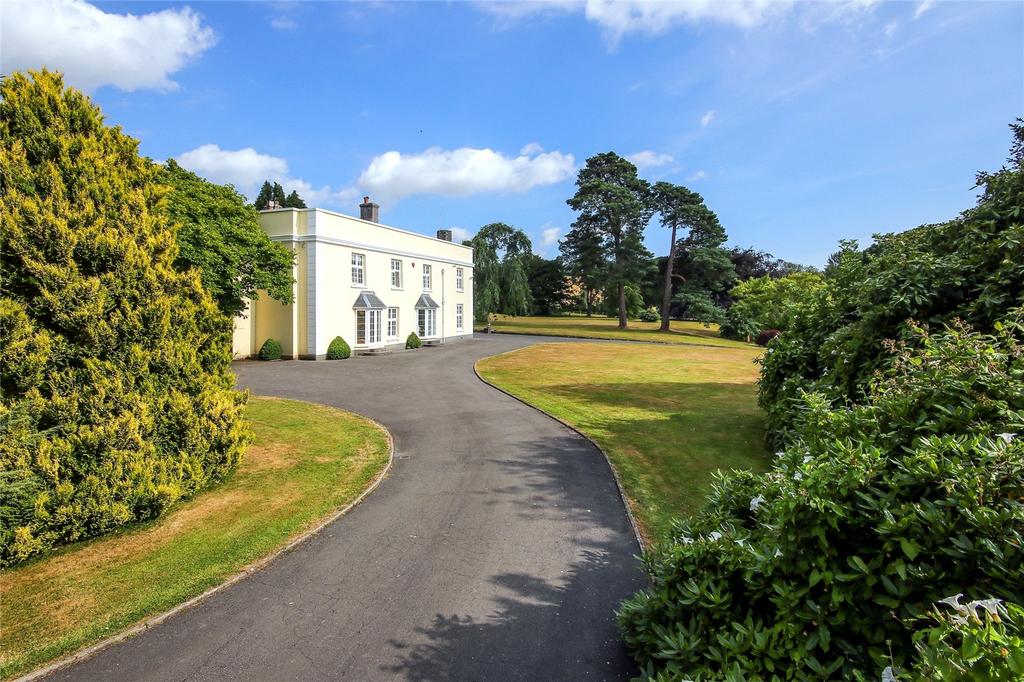 The original monastery that once stood on this site was apparently destroyed during the Dissolution of the Monasteries in the reign of Henry VIII.

All that’s left from those days are the remains of the 14th century St Andrews Chapel — but that’s not the ruin you see here. That is actually  a folly, Gaze Tower, which was built in 1794 by John Pearse and thus predates the main house by some years. 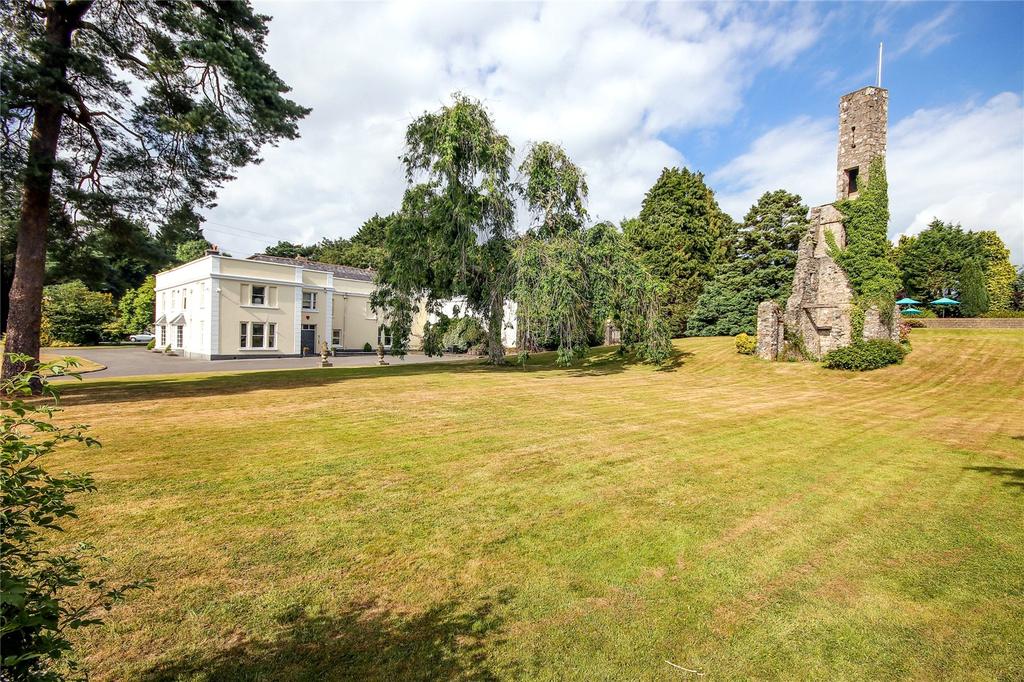 With its faux-ruined walls and ivy-clad tower it lends a wonderful romantic charm to the place. This is no crumbling hazard, however: there are steps to the top from where you can see across to Dartmoor.

Inside, Filham House itself is a grand house built in the early years of the 19th century, and extensively remodelled after the First World War.

There’s a mix of old and new within, with traditionally-decorated reception rooms and a spectacular modern kitchen that leads through to a pretty dining room. 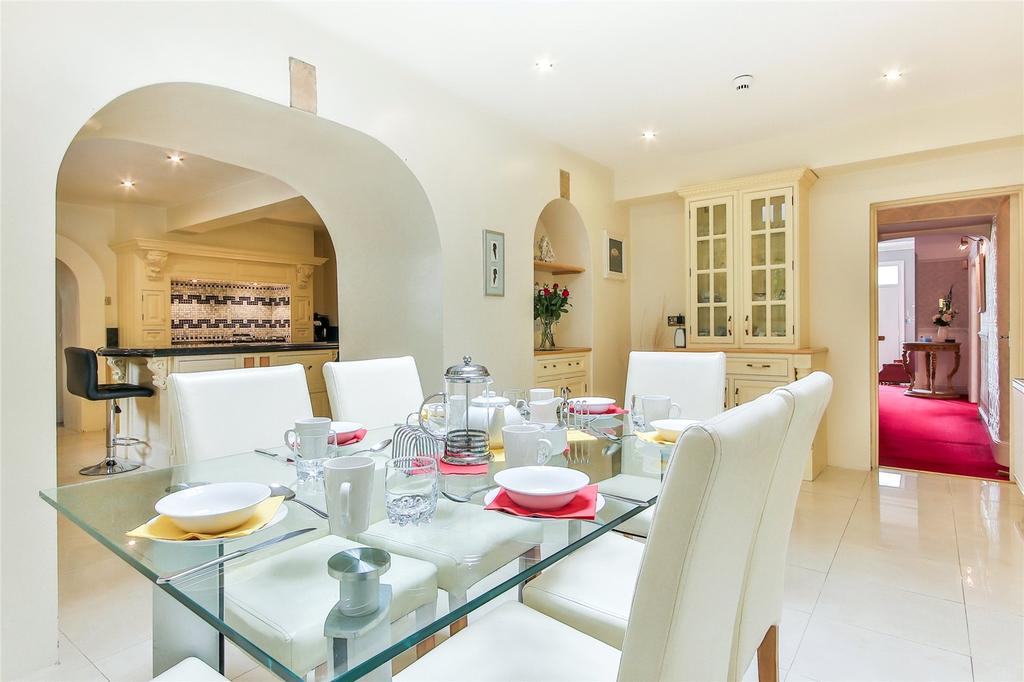 The centrepieces of the kitchen are an enormous double Aga and a large island. There is also a separate boiler room and utility room

On the ground floor of the house are three large reception rooms, with two of them — the sitting and drawing rooms — having French windows opening onto the gardens. 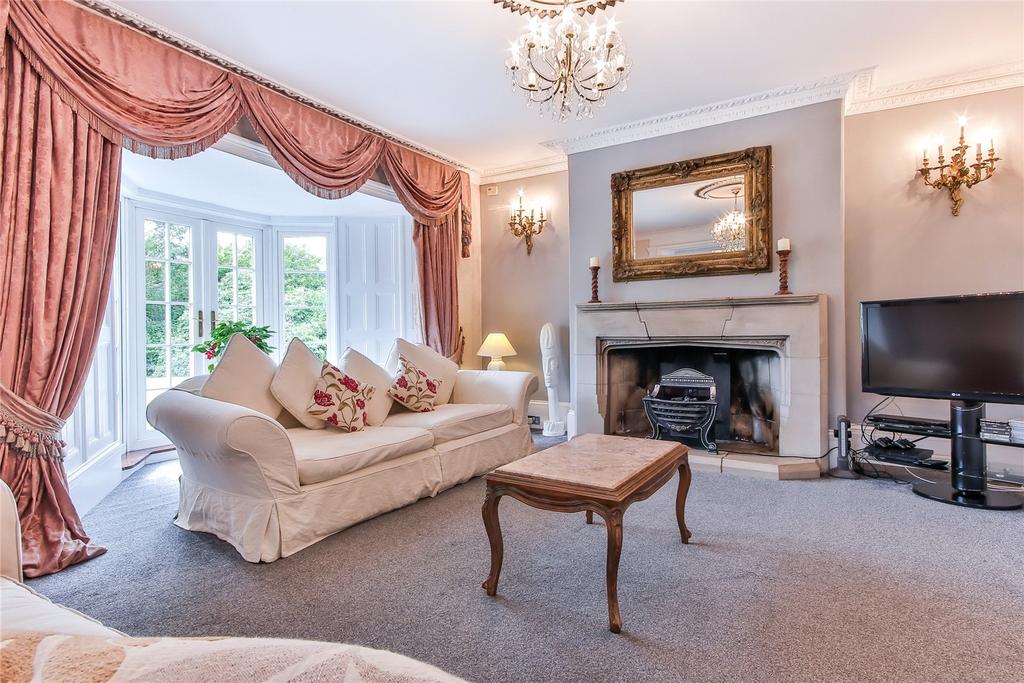 Those views of the gardens are also enjoyed from three of the five bedrooms, one of which is a huge master suite with a separate dressing area and a healthily-sized en suite bathroom. 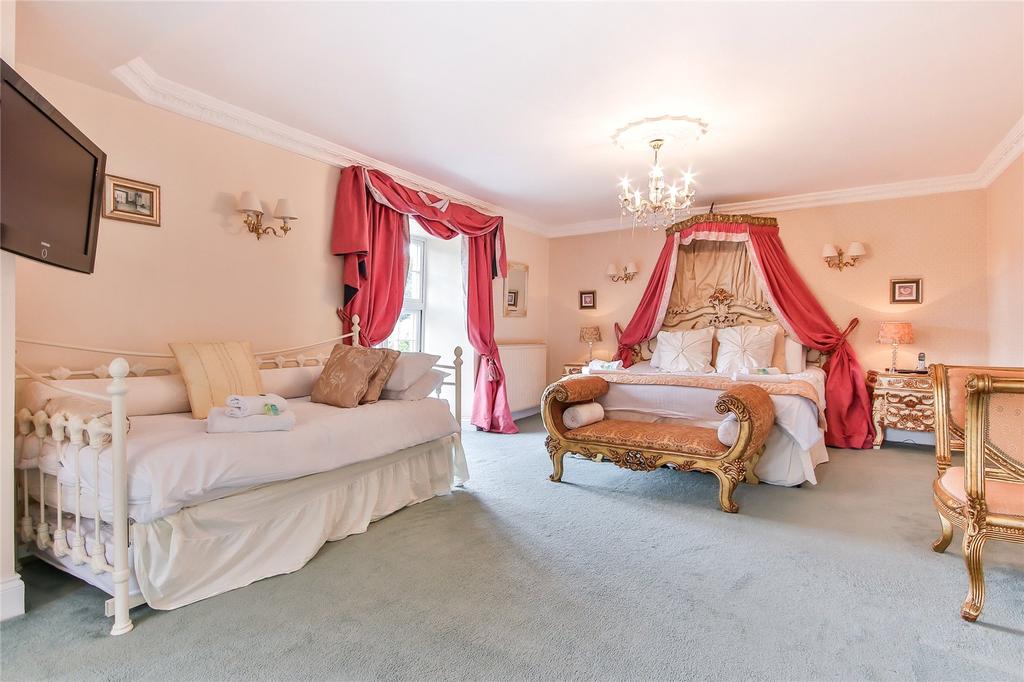 Of all the rooms, however, it’s the dining room which is perhaps the most striking, a double-height room overlooked by a gallery from the landing. 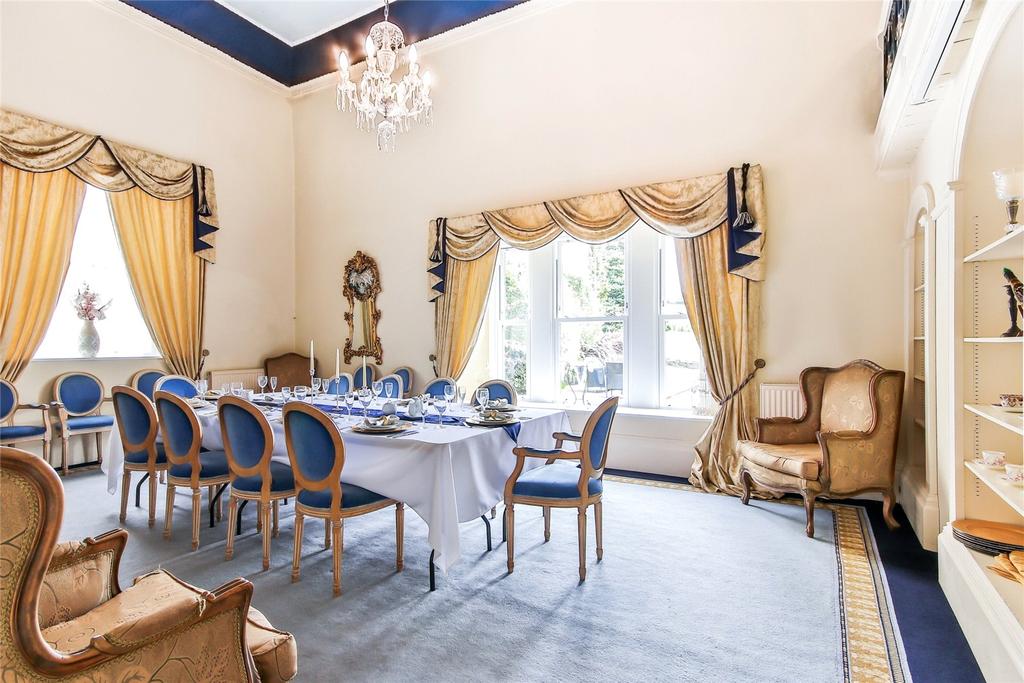 The grounds include a paddock, orchard and a small lake, which has a boathouse and a fountain in the centre. 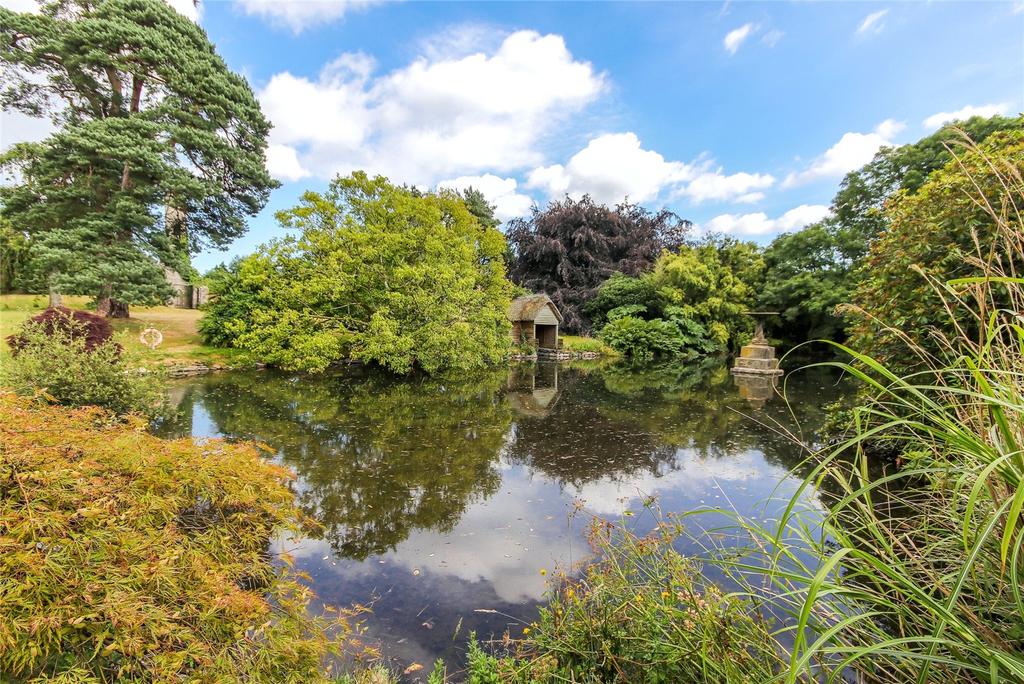 Finally there are the cottages, approached by a separate driveway — all are currently let out, brining a healthy revenue for the owners and offering all sorts of possibilities for a future owner, subject to the usual permissions being granted.

Katherine Sopwith on the brothers who bounced back from teenage tragedy to forge a lifetime of adventure.

Highfield House hides behind its high walls but slopes down to a garden which reveals views of Totnes, Dartmoor and