Belvedere wants for nothing. A beautiful location, large rooms and acres upon acres of beautifully landscaped woodland all make this one of the most special properties on the market at this moment in time. Penny Churchill reports.

The crenellated west façade of Belvedere at Lympstone, near Exmouth, Devon, has long been a familiar landmark for sailors passing up and down the picturesque Exe Estuary. Now for sale through Knight Frank and Savills for ‘offers over £5 million’, the intriguing Georgian house, listed Grade II, stands in splendid seclusion within almost 13 acres of beautifully landscaped gardens and woodland, with far-reaching views over the estuary to the countryside beyond – itself unseen except from the water. 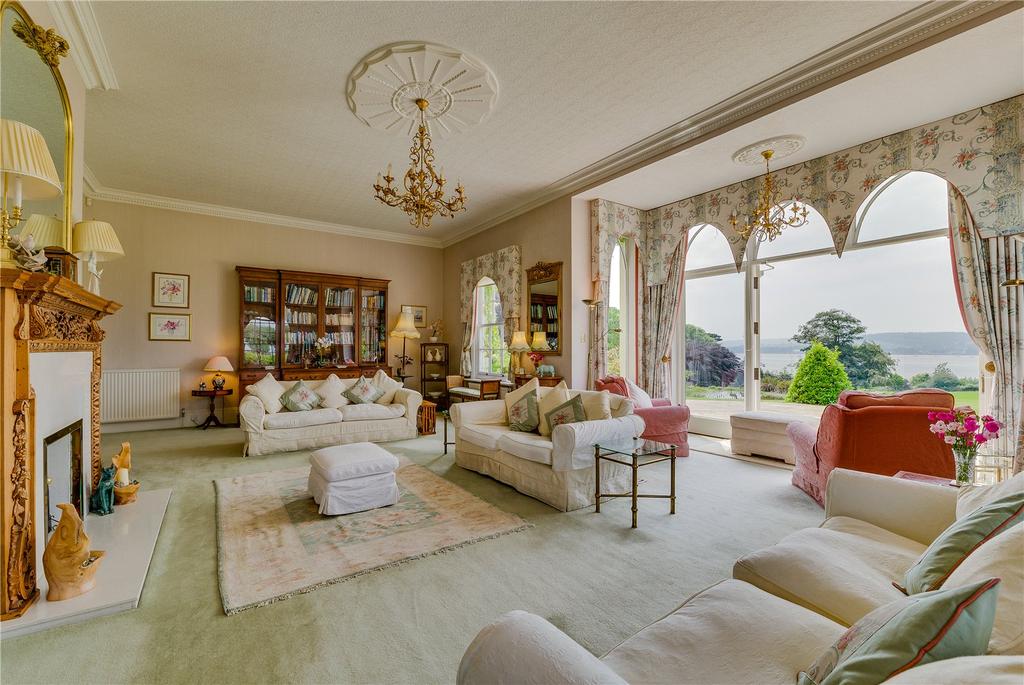 Historically, Belvedere was part of the Nutwell estate, which spanned both banks of the River Exe and descended through the Drake family of Buckland to the notoriously unsociable Sir Francis Drake, 5th Baronet and the last of the Drake male line. He left Nutwell to his nephew, Francis Eliott, 2nd Baron Heathfield, who died without a male heir in 1813. 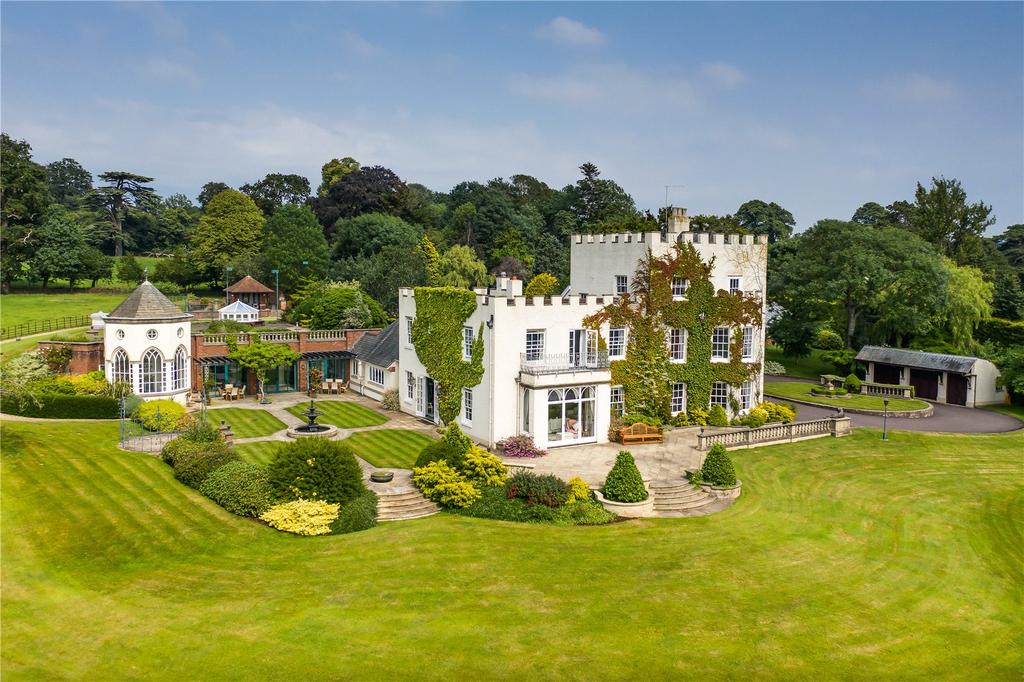 The estate eventually passed through a female line to Sir Francis and Lady Eliott Drake who, in 1894, let Belvedere to a Mr White, a local farmer, whose eldest daughter, Annie, born in 1897, compiled a memoir of those early years: ‘Sir Francis was an invalid and did not live long after their arrival, but Lady Drake was an able and revered ruler of the little kingdom set like a fortress within its high brick walls… [she] was always The Ladyship and her orders were simply given and firmly enforced.

Sometimes she would call to inspect the trees in the avenue which formed a beautiful crescent around part of the field in front of our house, for trees were her great delight.’ 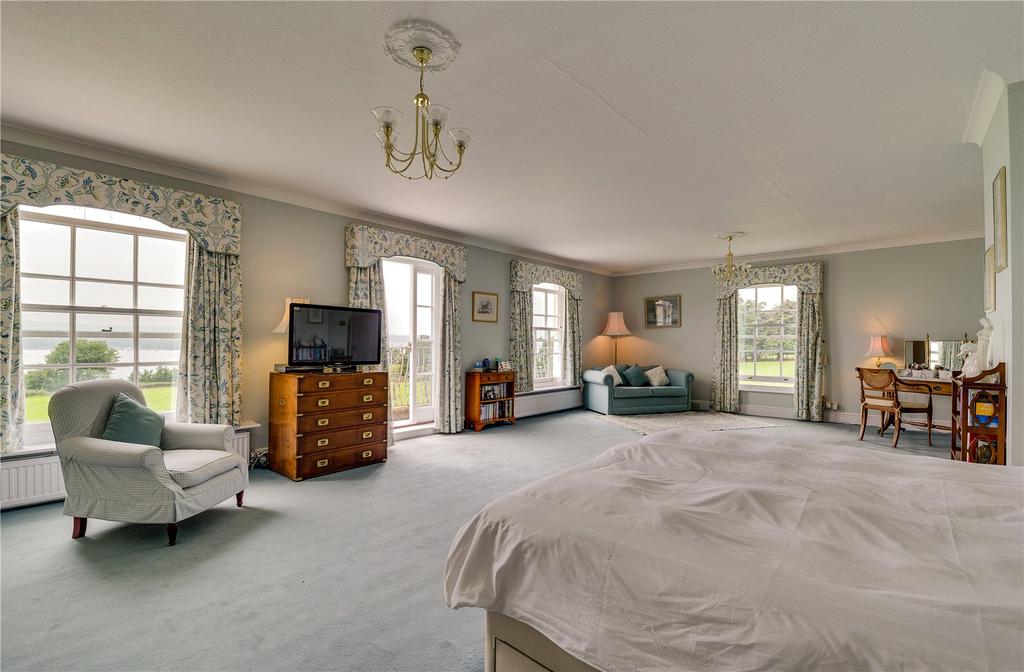 The account continues: ‘Little girls were neither to be seen nor heard on the occasions of these state visits. The early Georgian front of Belvedere was built on to a much earlier structure which could be conveniently shut off from the rest of the house, so we were whisked off to the kitchens or up the back stair to the old attic room under the roof where the letters “A. S. 1747” and another date less distinct of the 17th century, were cut deep into the sloping ceiling.’ 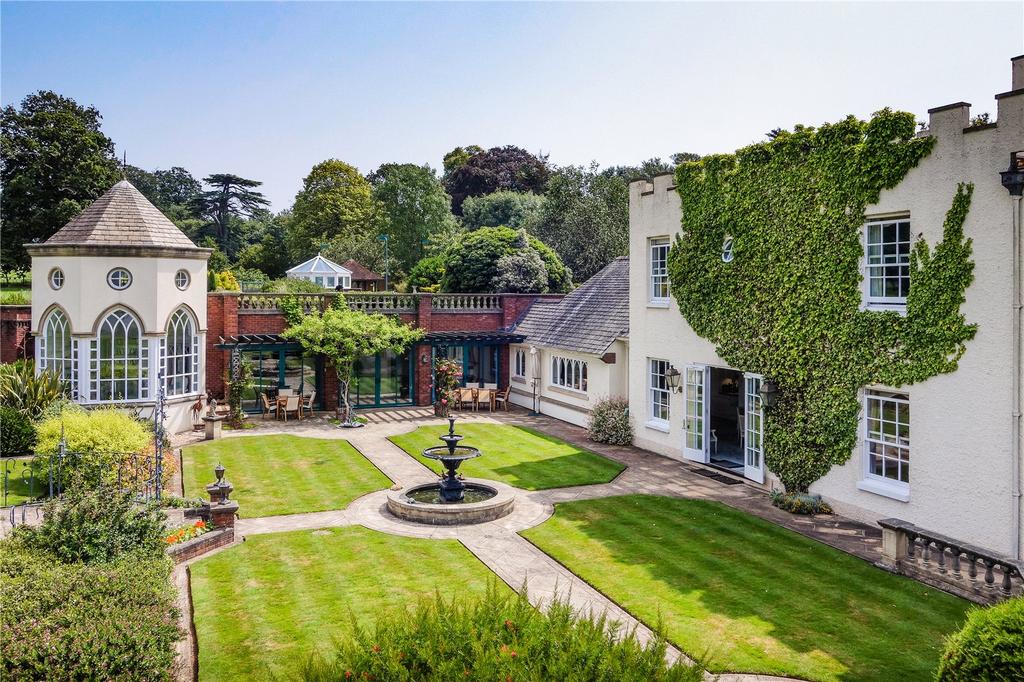 In a seamless transition to the 21st century, the Belvedere has been extended and improved by its current owners, who carried out a major renovation in 1997. With its high ceilings and large windows, the grand reception hall sets a scene of casual splendour; the dining room in the older part of the house has a cosy, more relaxed feel, thanks to the slightly lower ceilings. 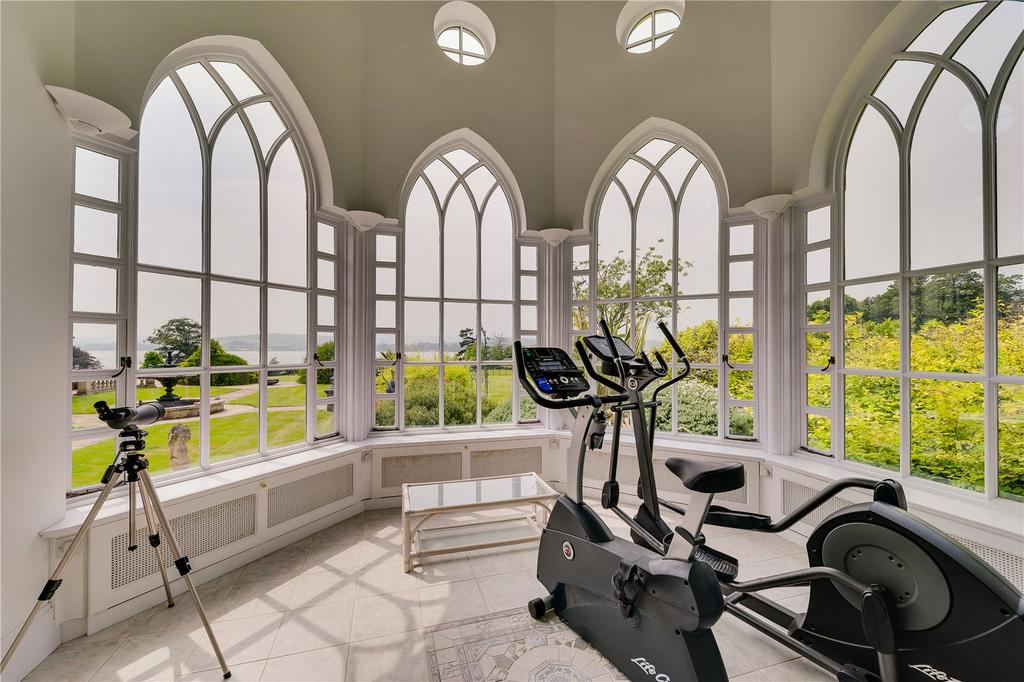 An open archway links the kitchen and breakfast room, leading through to the west-facing drawing room, where vast windows and glass doors allow magical views of the gardens and estuary beyond. 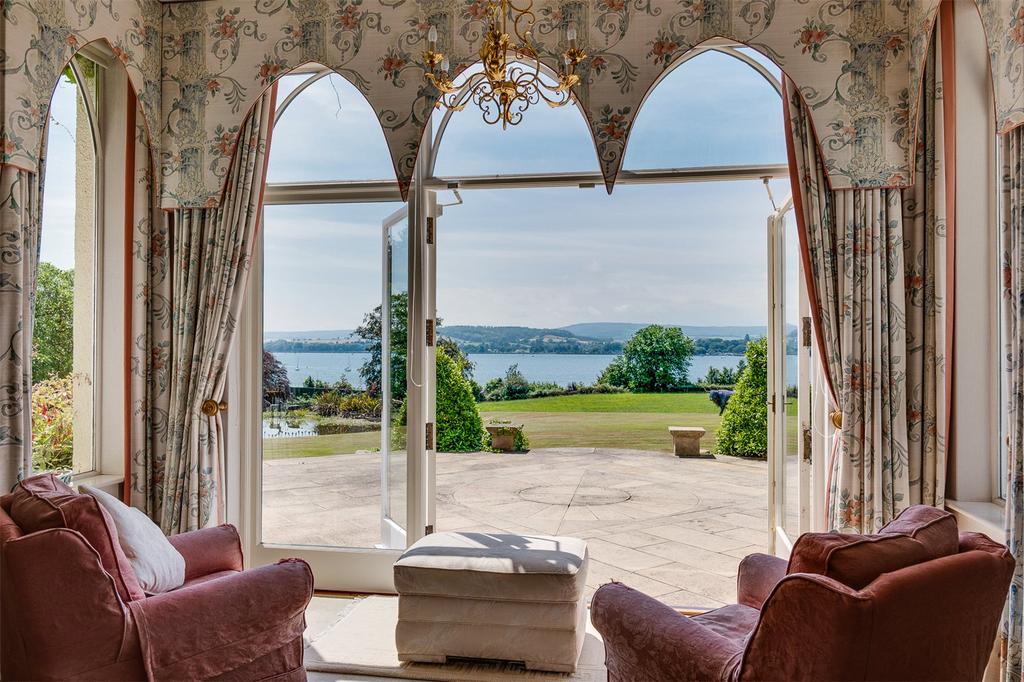 With seven bedrooms and four bathrooms on the first and second floors, Belvedere has 7,742sq ft of living space, excluding the spectacular swimming-pool and leisure complex – undoubtedly the most notable recent addition, built underground to the north of the house and lit by a central skylight. Behind the entrance gates, a pretty single-storey lodge provides further staff or guest accommodation. 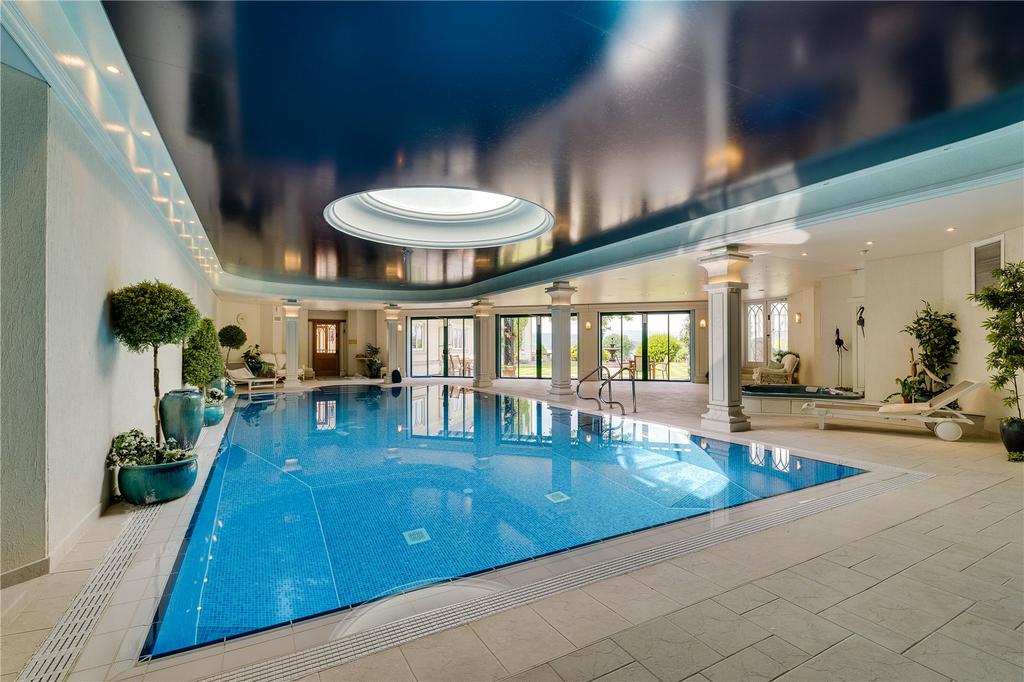 Belvedere sits centrally within its landscaped formal gardens, paddock, woodland and orchard. The formal gardens wrap around the rear of the house, where the tennis court and pavilion are located. Along the boundary behind the house, a path leads to the woodland, through which several paths have been cut. The estuary views from here are sublime, with the area offering a haven for wildlife and a captivating outlook back towards the house. 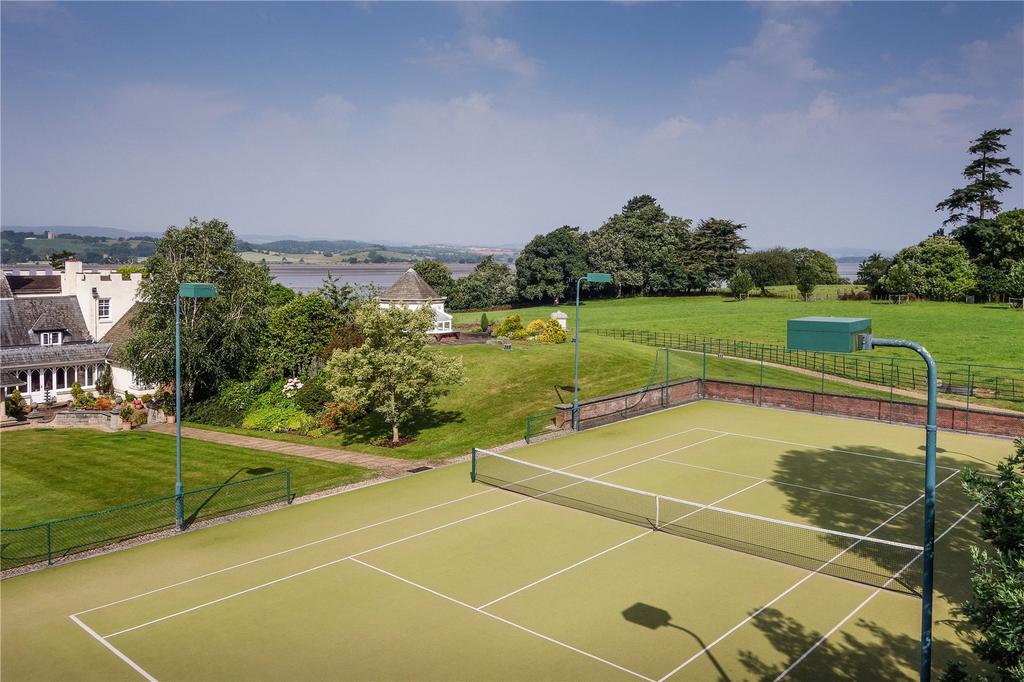 Belvedere is on the market through Savills and Knight Frank for offers over £5 million. Click here for more information and pictures.

A few miles from Tarbert you'll find The Studio, a delightful two-bedroom house designed to make the most of the

The Glenstriven Estate is a wonderful example of a Scottish country house and land, with over 1,000 acres, direct access