A stunning country hotel in the Snowdonia National Park is looking for new owners to either continue the renovation work at hand and return the residence to its former glory, or transform it back into a spectacular family home.

Most of the time when one sees a slate and stone country house with the air of a royal dignitary’s rural retreat, it’s safe to assume that a person would have to pay upwards of a few million for the privilege of calling it home. 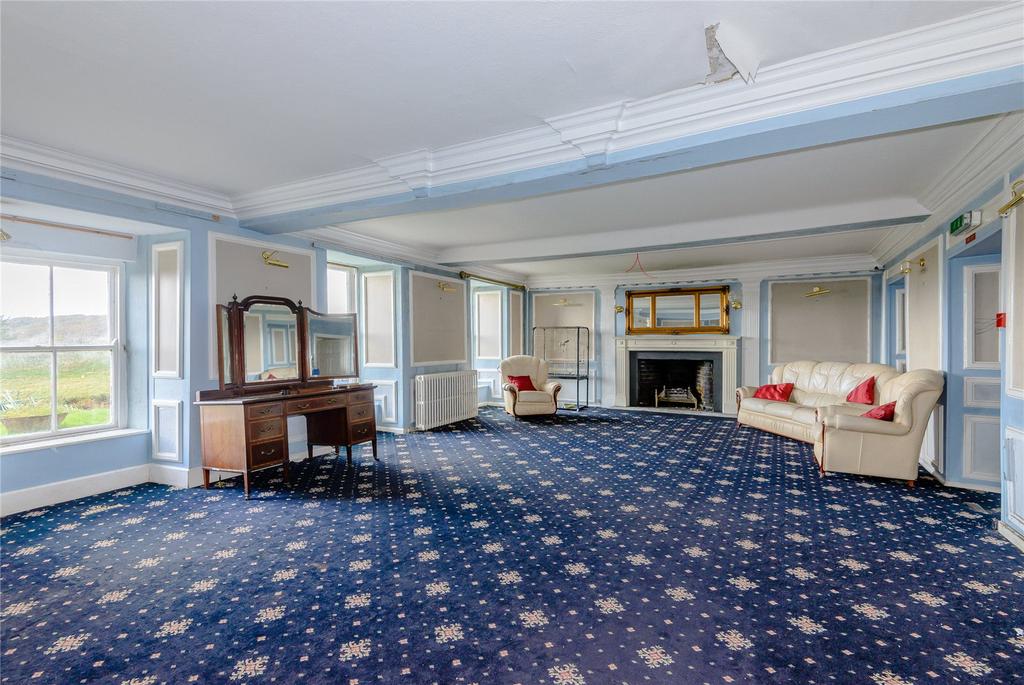 Not so with Maes Y Neuadd, a stunning twelve bedroom family-home-turned-country-hotel on the market with Strutt & Parker at a guide price of £750,000, a relatively small price to pay for twelve bedrooms, twelve bathrooms, six reception rooms, over five acres and a small lake. 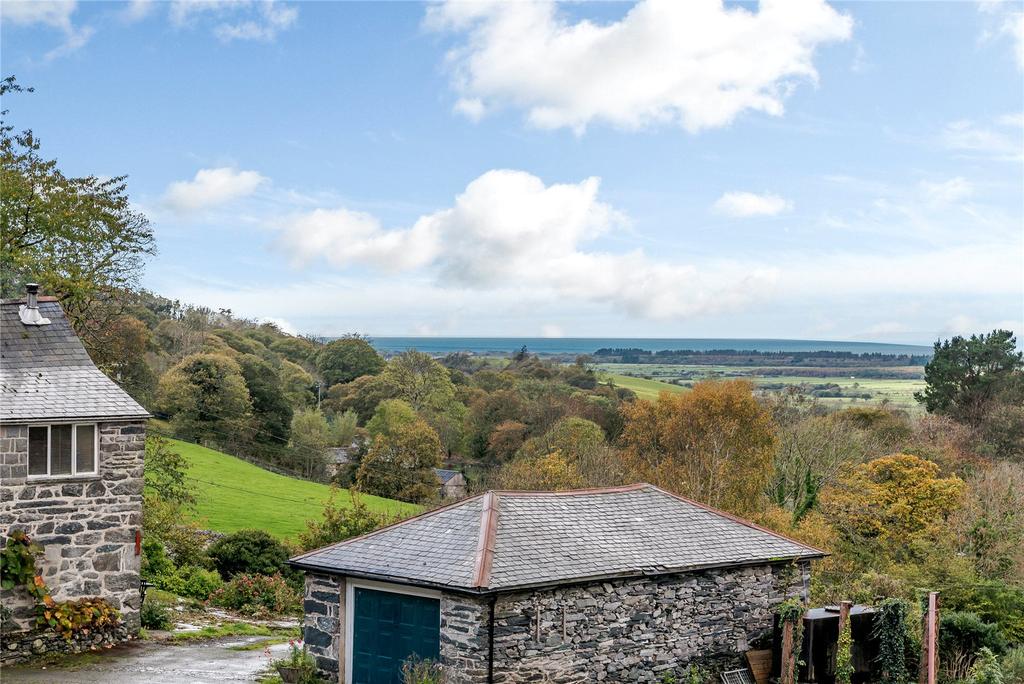 Maes Y Neuadd was (perhaps ironically) listed as Tyddyn y Doctor, ‘the Doctor’s Small Holding’ in the earliest deeds to the property, dating from the mid-14th century. Its name was later changed to the current one, translating into English as ‘Field of the Hall’. 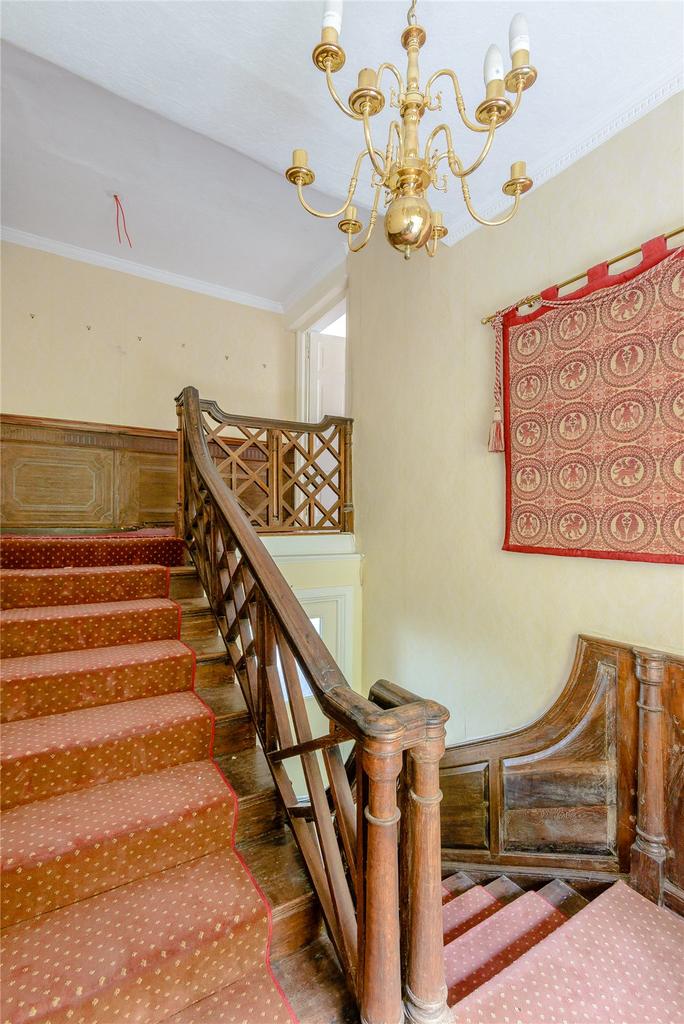 The estate expanded greatly in the following years to cover a large area of southern Gwynedd. The house itself was built upon, with a new wing and stable blocks added in the 18th century. 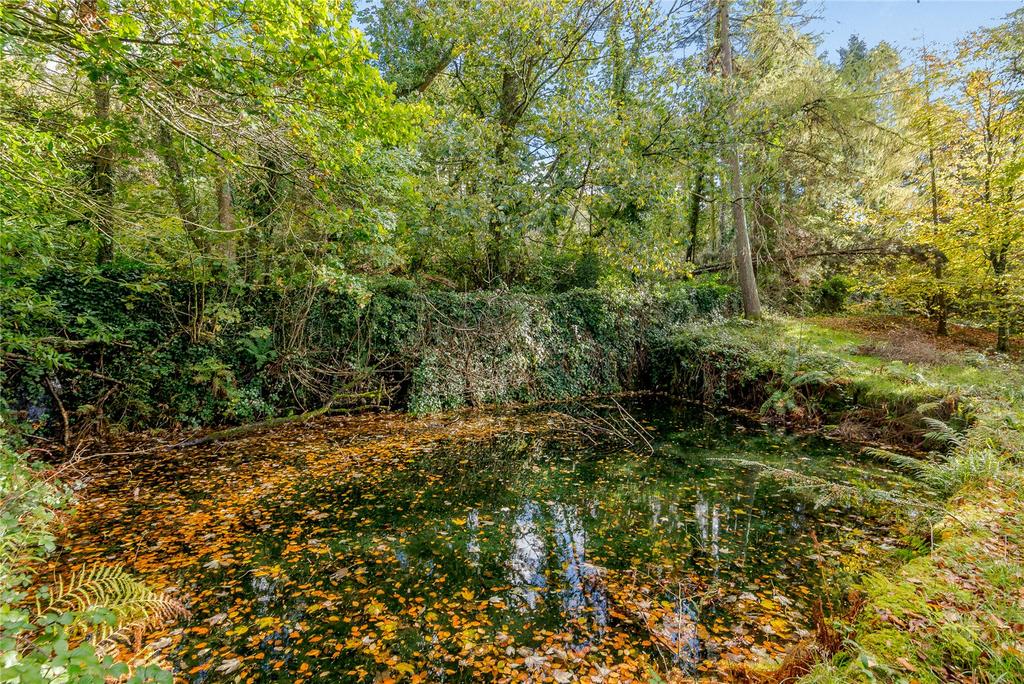 The Wynn family owned Maes Y Neuadd without issue for a large portion of its life, before 1782 when heir Robert Wynn was disinherited. When he became a captain in India with the East India Company, Maes Y Neuadd’s future was uncertain. 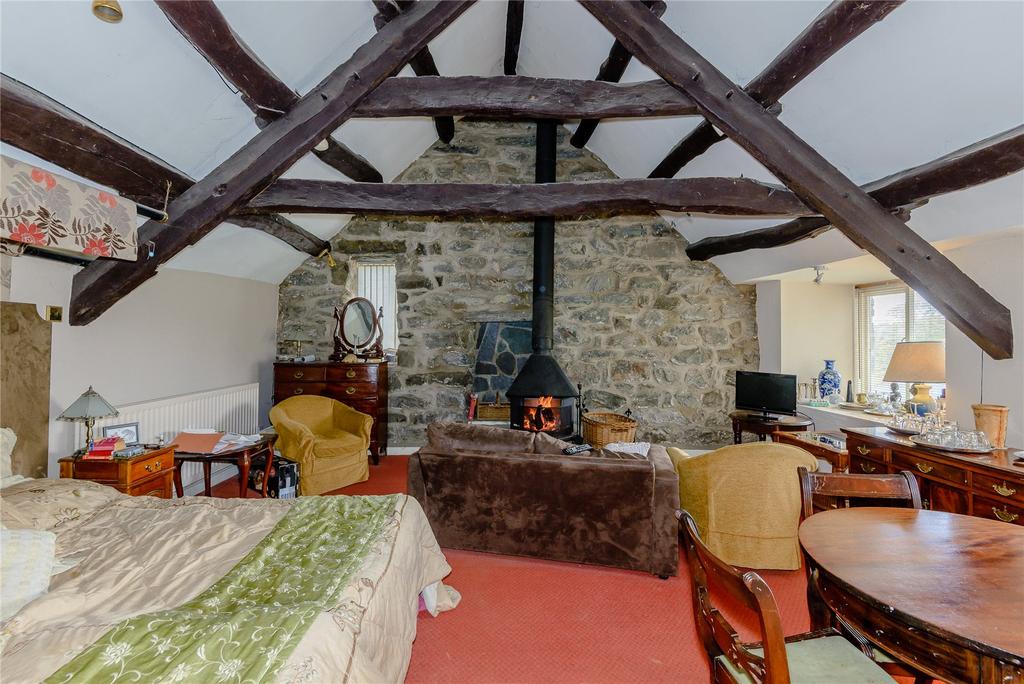 Legal action was taken from 1838 to 1859 for the title of the estate, with plaintiffs arguing that a birth registry in India (no doubt tracing back to Captain Wynn) had been changed from ‘legitimate’ to ‘illegitimate’. Over the following years the house was rented out to painter Sir William Nicholson, whose daughter Nancy Nicholson (a painter herself) married the poet Robert Graves. Graves, who visited the property many times over his life, declared the house to be “much haunted”. 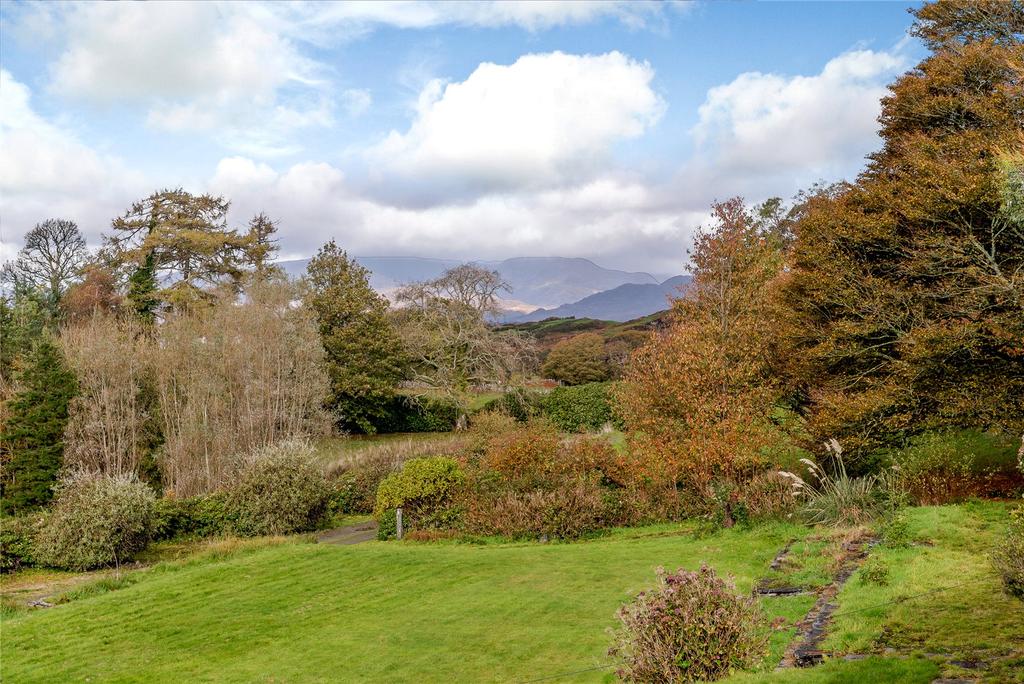 A new chapter for Maes Y Neuadd began in the 1950s when it left the Wynn family and was converted into a country hotel. Notable guests included Jackie Kennedy Onassis and Edward Kennedy, Kylie Minogue, Nigel Mansell and the Attenborough brothers. 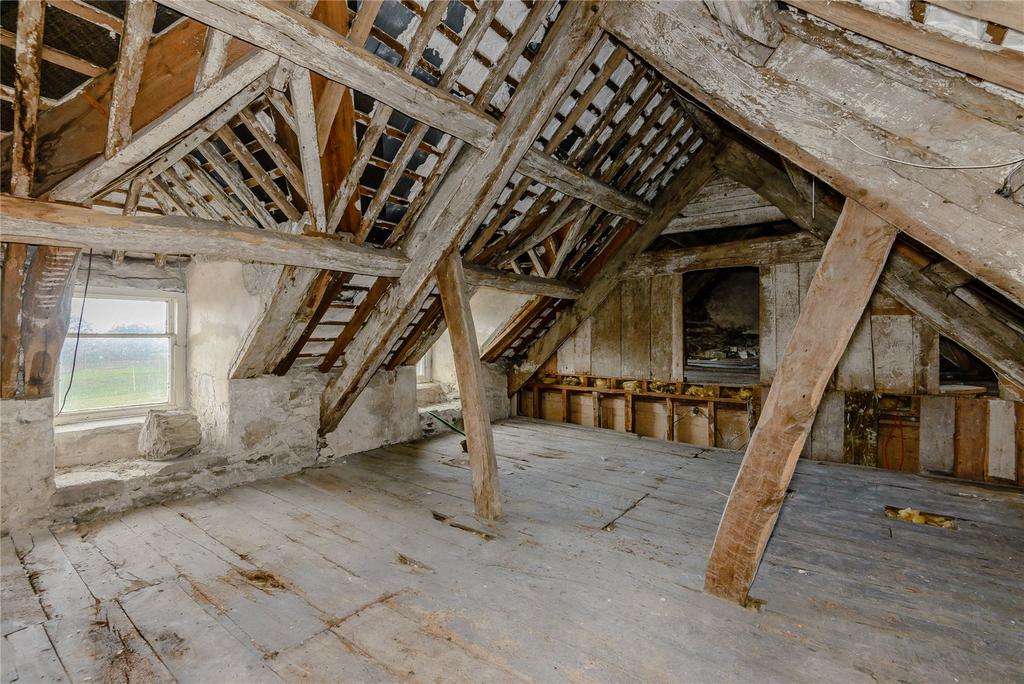 Renovation is currently underway to restore Maes Y Neuadd to its former glory and retain its many period features. New owners have two options available to them at the purchase of the stunning building: continue the renovations and reopen a beautiful manor hotel (the attached coach house is currently a lovely four bedroom family home) or transform the entire estate back into a residence fit for royalty. 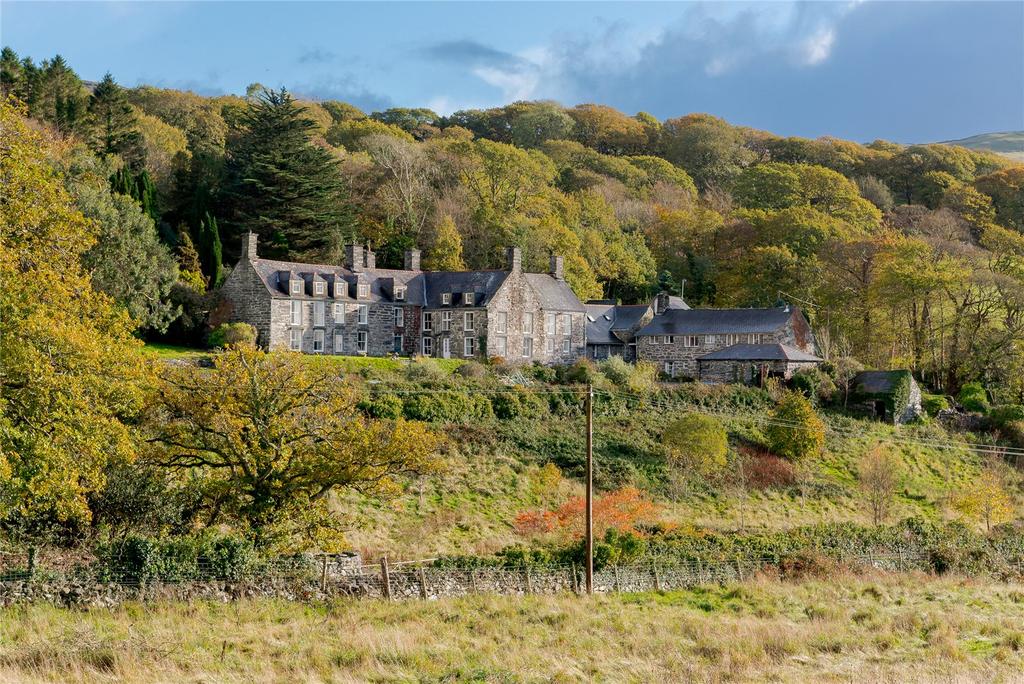 The grounds of the property lend themselves easily to either: the formal gardens provide a beautiful draw for hotel guests, as well as a lovely setting for family fun. The Victorian pool, walled kitchen garden and small lake all have the same advantages.

Maes Y Neuadd is on the market with Strutt & Parker at a guide price of £750,000, click here for more details.

47 Phillimore Gardens has everything – one of the most incredible postcodes in England, 6,520 square feet of space and