Ffynone Mansion is arguably the greatest of John Nash's houses in Wales, a striking place with a wealth of original features that has been well-cared for over the years. Penny Churchill reports.

Only three of John Nash’s Welsh country houses still stand, of which Grade I-listed Ffynone, set on high ground near Boncath, Pembrokeshire, is the most westerly — and the most spectacular. Its survival is a testament to the efforts of its owners over the last couple of hundred years; today, it’s seeking a new custodian. The house is on the market via Savills at £1.95 million.

The present owner bought the house, set in 34 acres of landscaped gardens and parkland, in 2017 and embarked on a further programme of restoration and refurbishment. Unfortunately, his business is now taking him abroad, hence the re-sale at short notice of Nash’s Welsh masterpiece — with all contents included — at an eye-catching price for a house which has also been expanded and improved by Inigo Thomas. The house as it stands today encapsulates the genius of two great designers of the Georgian and Edwardian eras. 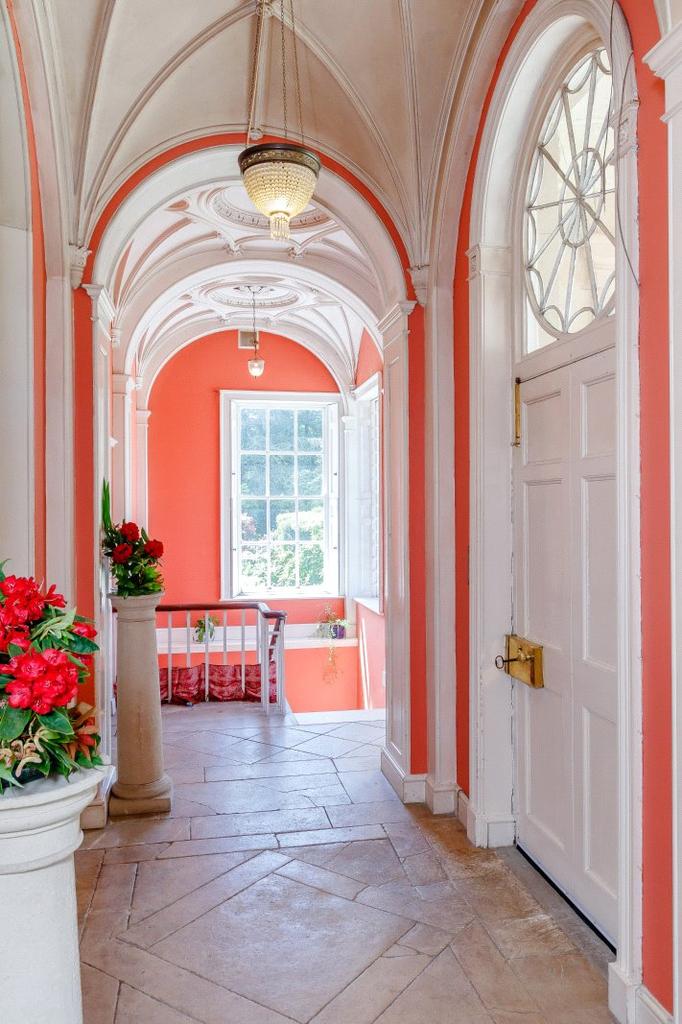 Ffynone is huge: there are 13 bedrooms, six reception rooms — among them a library and a fine drawing room. 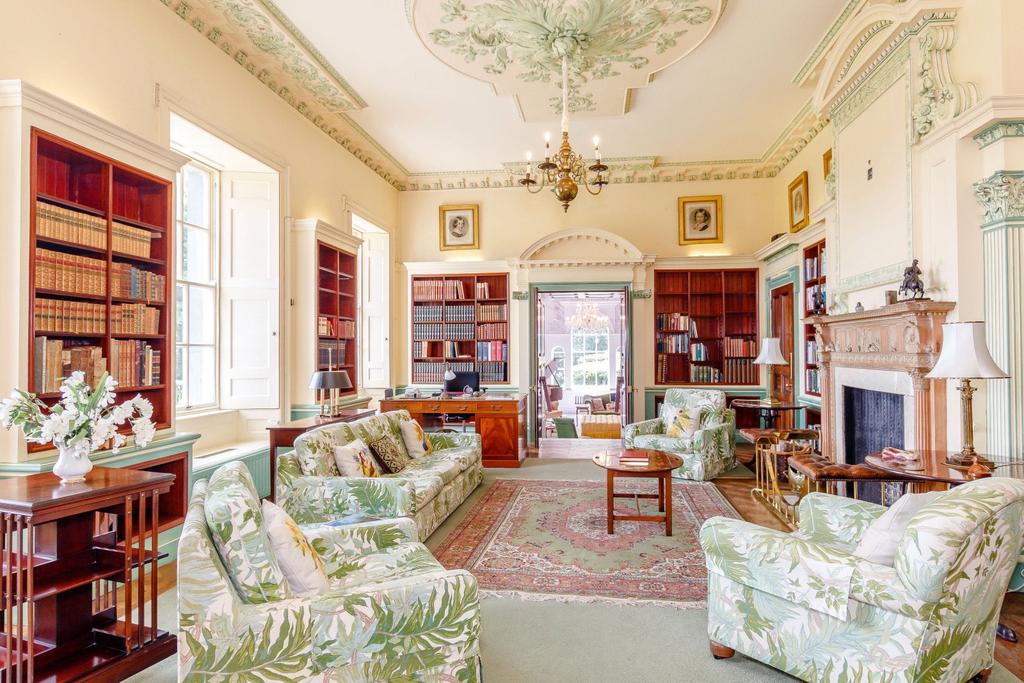 There is also a remarkable music room, originally Inigo Thomas’ ballroom — who worked on the house in the early 20th century — which features an impressive vaulted ceiling with its extravagant plaster work and an imposing fireplace. 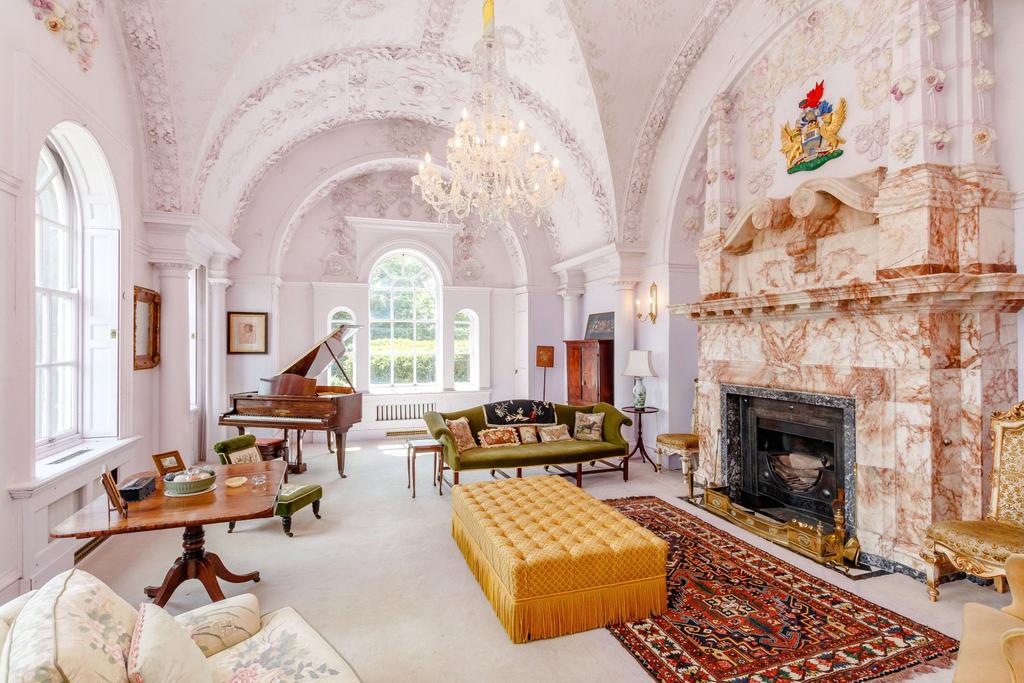 The beautiful, cantilevered staircase rises to a first floor that has a master suite and four further bedrooms; there are four more on the second floor. 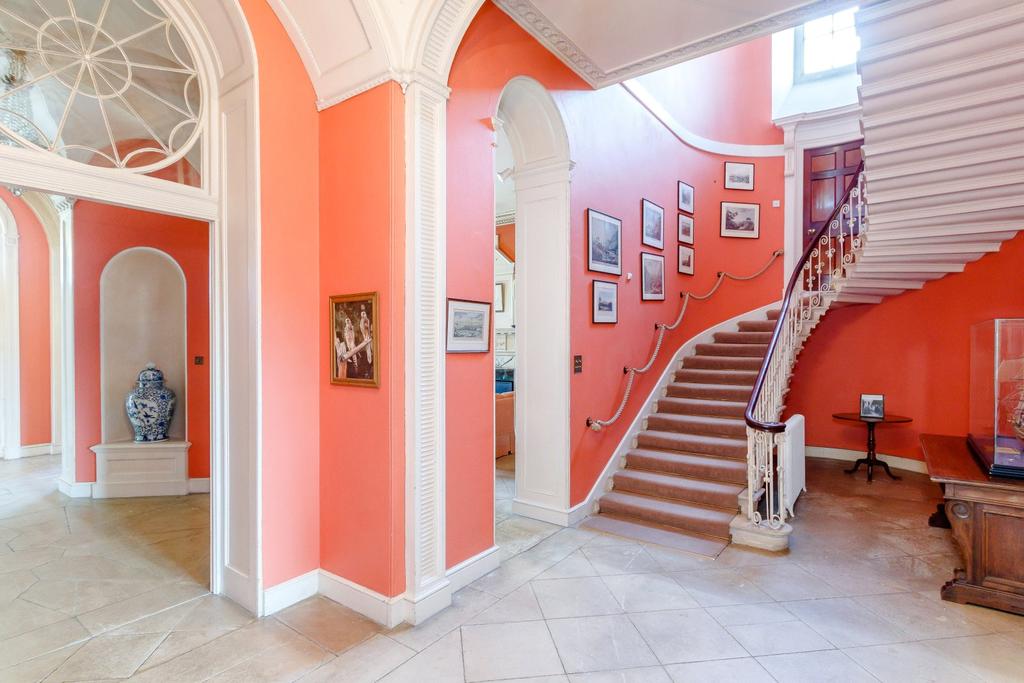 If you need further accommodation there are also three apartments within the network of buildings. The Cook’s Apartment and the Garden Apartment have three bedrooms each; the Stable Apartment has five bedrooms. 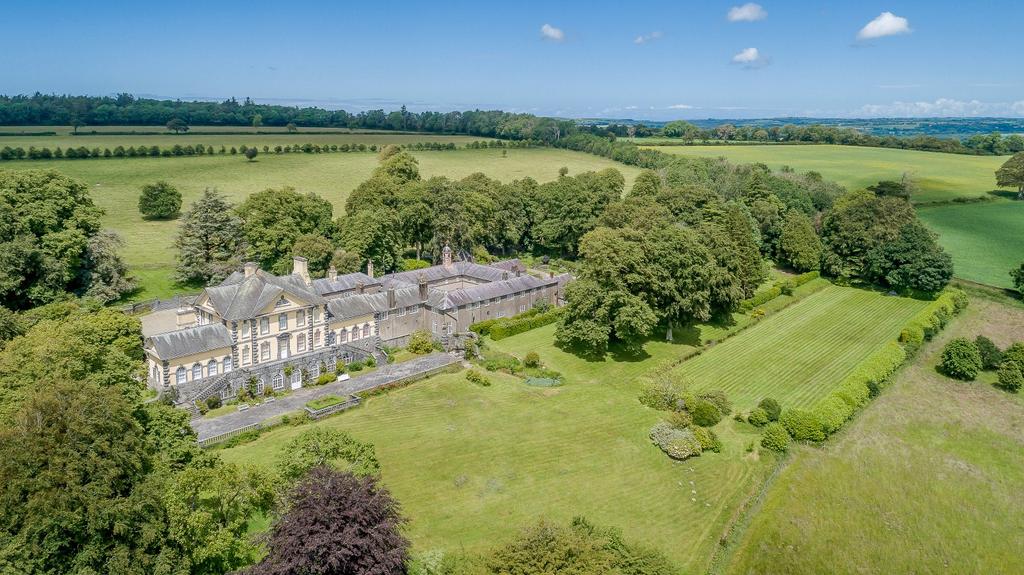 A lot of work has been done of late, but the job is not finished. ‘The owner has done much of the boring, unseen work that needed to be done, such as installing damp courses and so on,’ says Lindsay Cuthill of Savills.

‘However, there is still more to do and what the house needs now is an enthusiastic owner who will live there full-time.’ 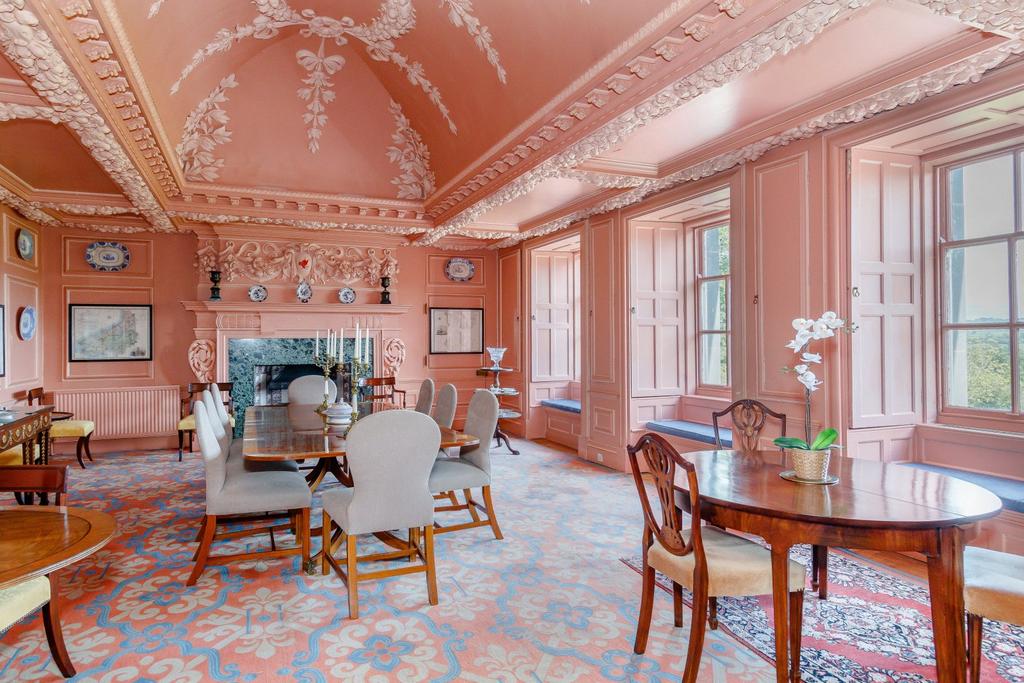 It’s not for nothing that the original Welsh name of the estate was Ffynnonau, meaning ‘wells’, which abound in the area. Over the years, Welsh water and Welsh weather have been Ffynone’s greatest enemy. 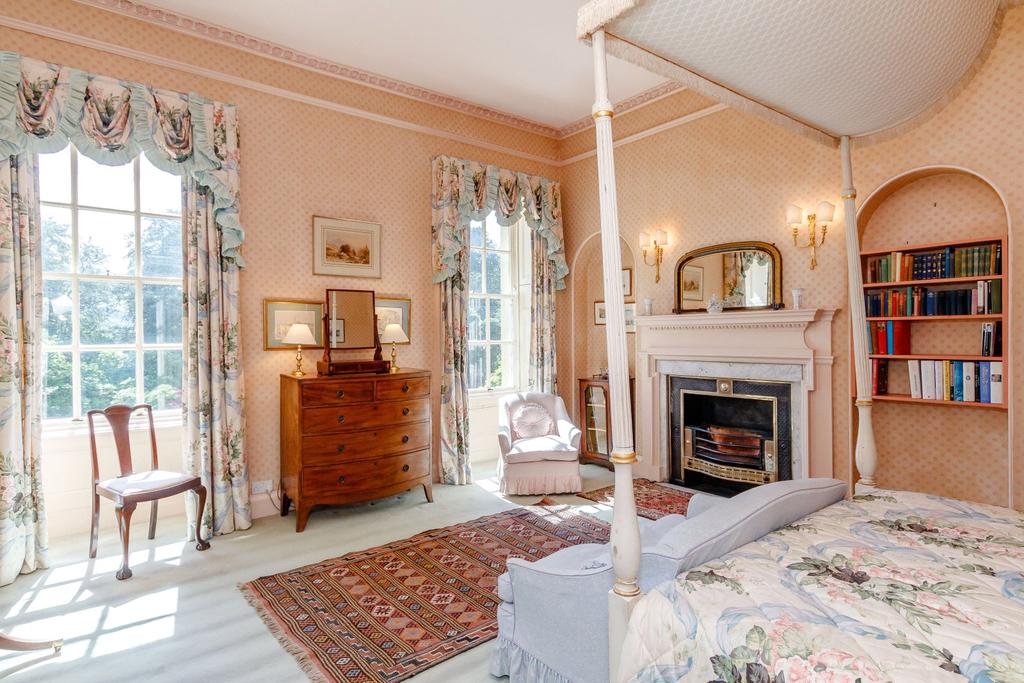 According to the architectural historian Richard Haslam (writing in Country Life in November 1992), ‘that [Ffynone] is still there is due to the persistence of Lord and Lady Lloyd George, who recently had to tackle a legacy of dry rot to save it from the fate of the great majority of country houses in that far peninsula’. Since the Lloyd Georges’ day, a further handful of dedicated owners have expended time and money to ensure the survival of this remarkable house. 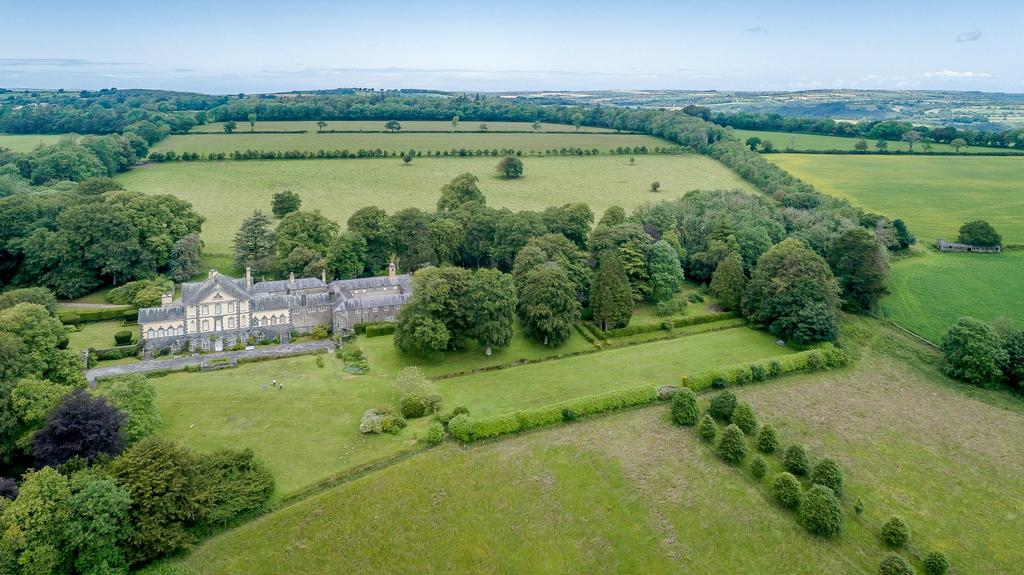 In the late 1700s, a vogue for small, sporting Welsh landowners to build grand country houses in picturesque settings — ‘elegant, perhaps, although often beyond their means,’ Mr Haslam observes — led to a series of commissions for Nash in the three south-western counties of Wales and in old Monmouthshire, between 1785 and 1795.

Ffynone stands high on a hill that’s shared by Pembrokeshire, Carmarthenshire and Cardiganshire — on a spot carefully chosen to make the most of the glorious open views. Here, in 1792, Nash was commissioned to build a rigorously symmetrical villa for Col John Colby, whose uncle had bought the estate in 1752. 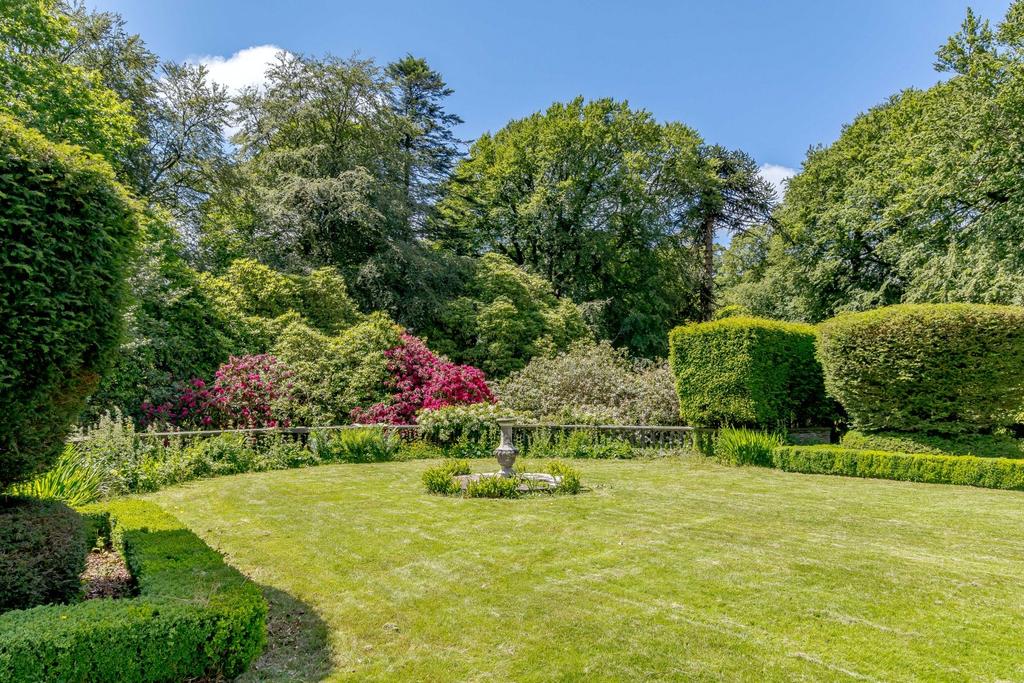 The house remained in the Colby family until 1927, by which time the building had been remodelled and enlarged for John Vaughan Colby by the architect and garden designer Francis Inigo Thomas.

To be more precise, the work was commissioned in 1902 by Colby’s wife, who took advantage of her husband’s extended absence on a bear-hunting trip in Siberia to let her own and her designer’s imaginations run riot. Thomas adopted an Italian Classical design to build two new wings, decorating the rooms in each in Italianate Baroque style. Outside, he created a long stone terrace with grottos and water features. Estate accounts show that some 60,000 trees were brought in from a nursery in Norwich; some of these survive to this day. 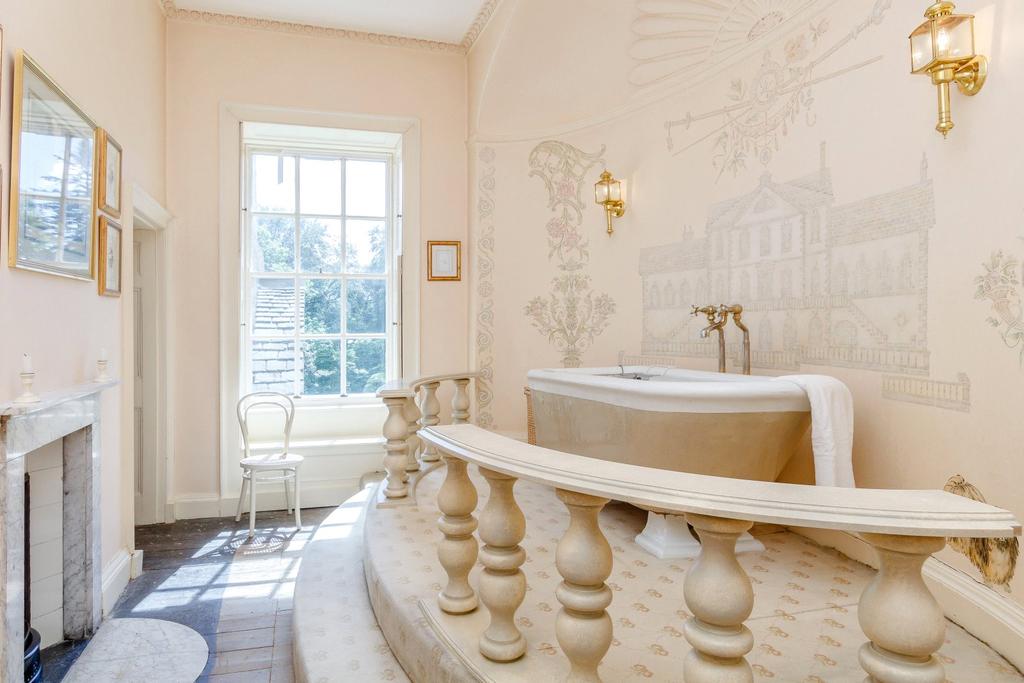 ‘The contrast between the extreme reticence of the Nash design and the full bloom of its Edwardian re-clothing is fascinating,’ marvels Mr Haslam. ‘No longer a typical West Wales squire’s house, perched white among long, green hills, Ffynone was given a new scale that enabled it to preside over an amazing Italian formal terrace to the south, a Roman Beaux Arts extravaganza realised in slate.’

Colby died in 1823 and, within a few years, large sums of money had to be spent on strengthening Ffynone against the weather; the roof was recovered in north Wales slate and hardwood window sashes fitted. The stables and ornamental clock tower were probably added at about the same time. 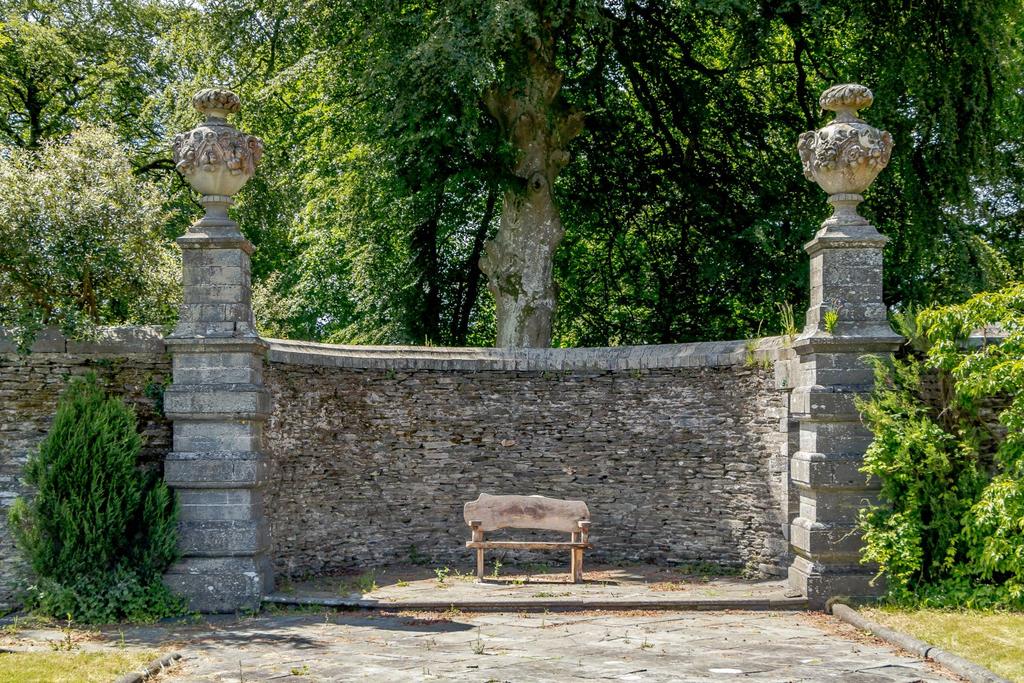 The Colby family’s involvement finally came to an end when Colby’s grandson, John Vaughan, lost his only son in the First World War and his daughter eventually sold the estate in 1927. Happily, their legacy has been respected by successive owners, who have preserved the house and buildings in their entirety, as well as renovating and modernising according to both the letter and the spirit of its Grade I listing.

Ffynone is for sale via Savills at £1.95m — see more details and pictures.

Evening at the Royal Pavilion in Brighton, East Sussex. The building was designed by John Nash, the Prince Regent's favourite architect. Credit: Alamy