The Old Manor House survived the decline of Radipole since Roman times to become a beautifully atmospheric family home, complete with over an acre of landscaped gardens.

In Roman times, the village of Radipole, on the River Wey, was a port of some importance, through which trade flowed to the thriving garrison town of Dorchester, now Dorset’s county town. Over time, the growth of Weymouth as a sailing and tourist centre, allied to changing parish boundaries, reduced Radipole to a quiet backwater on the northern edge of town.

However, the ancient centre of the village, comprising the 12th-century parish church of St Ann, the adjoining 16th-century manor house and the 18th-century schoolhouse, has survived miraculously intact and is now on the market with Strutt & Parker at a guide price of £1.85 million. 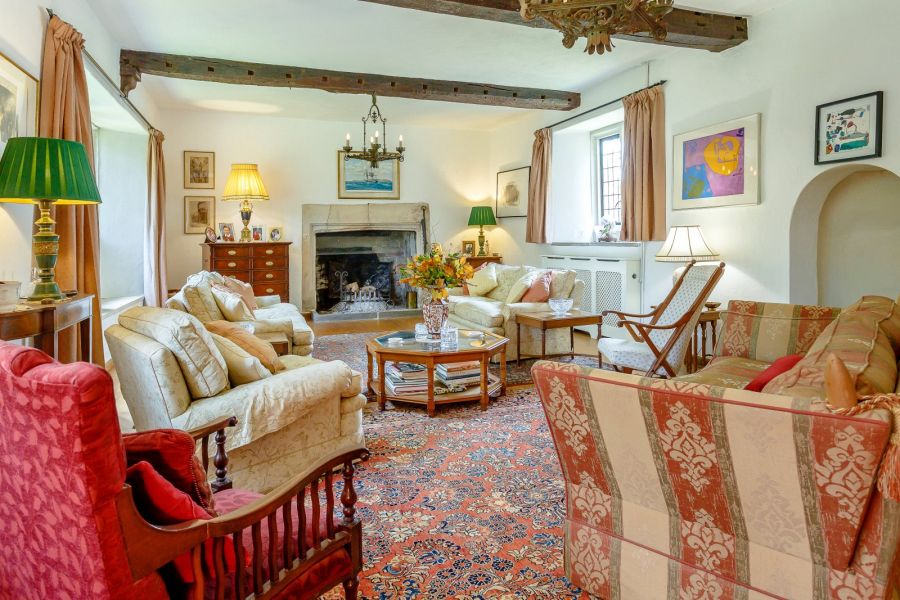 Tucked away behind the church and surrounded by trees and a high stone wall, The Old Manor House – the oldest part of which may have started life as a priest’s house or abbey grange – was owned by Cerne Abbey until its dissolution in 1539. A year later, Henry VIII granted the manor to Humphrey Watkins of Holwell, near Sherborne, who passed it to his eldest son, Richard. 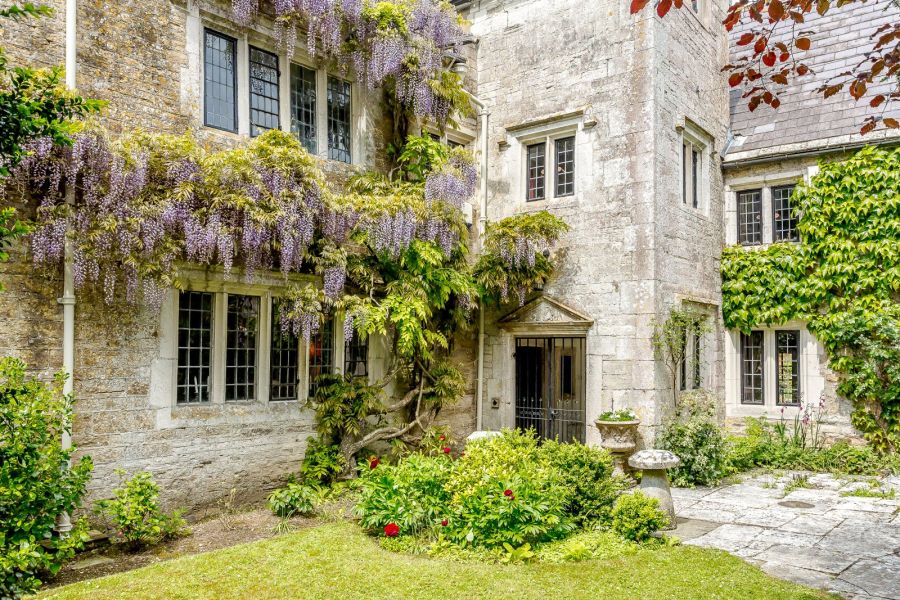 He altered and extended the house in about 1580 (possibly to accommodate some or all of his six elder sisters and five younger brothers) and his initials ‘R. W.’ can still be seen above the doorway.

In the 1930s, The Old Manor House was owned by Capt and Mrs Cemmington Leigh, who employed the eminent Dorset architect Ernest Walmsley Lewis to oversee the careful restoration of the manor and its outbuildings over a 10-year period. His trademark attention to detail is evident throughout the house, many original features of which have been carefully preserved by the current owners, who bought it in 1994. 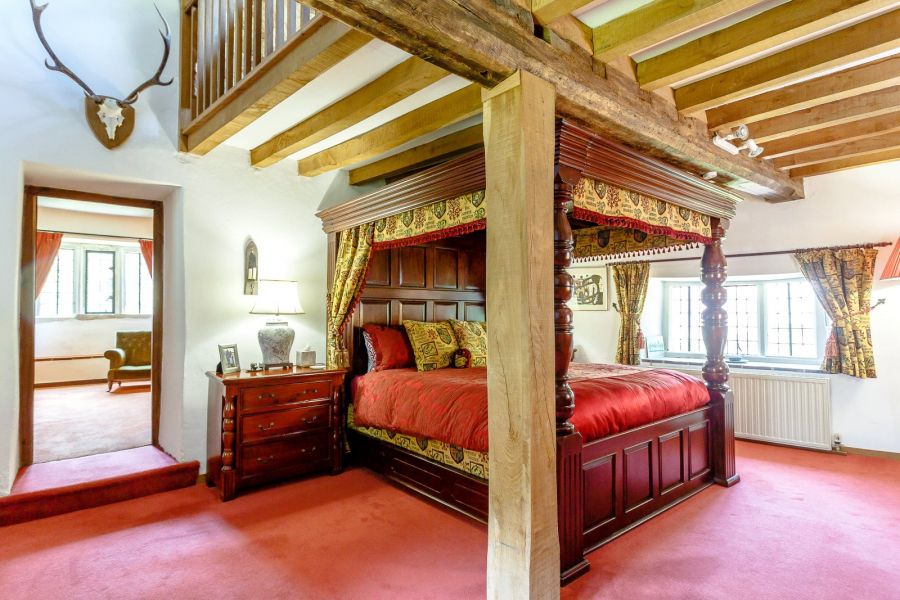 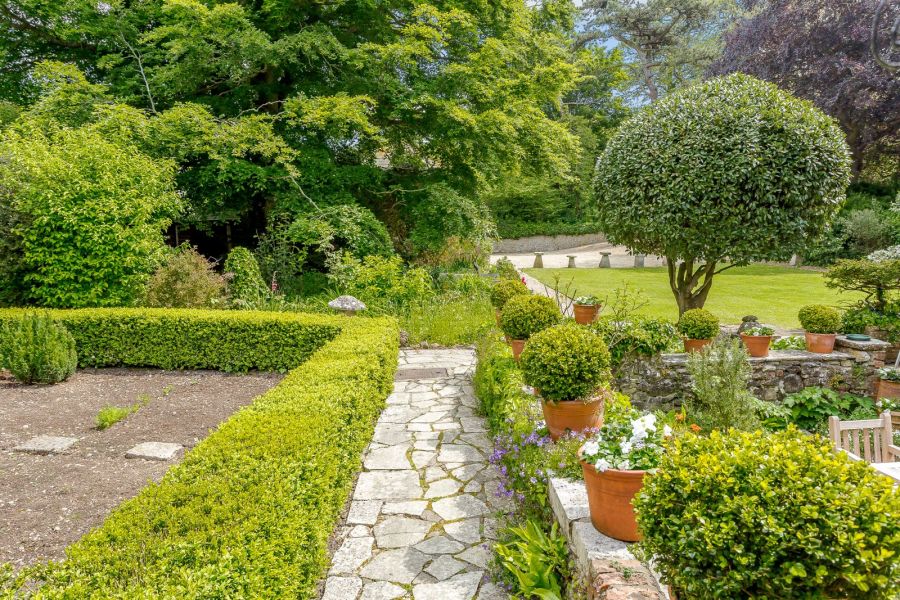 The dining room boasts its original flagstone floor, exposed beams and open fireplace, as does the triple-aspect snug; the sitting room is another naturally light room with high ceilings, a large open fireplace and a solid oak floor, made from Scottish oak. A large, well-equipped kitchen/breakfast room is well placed at the heart of the ground floor. 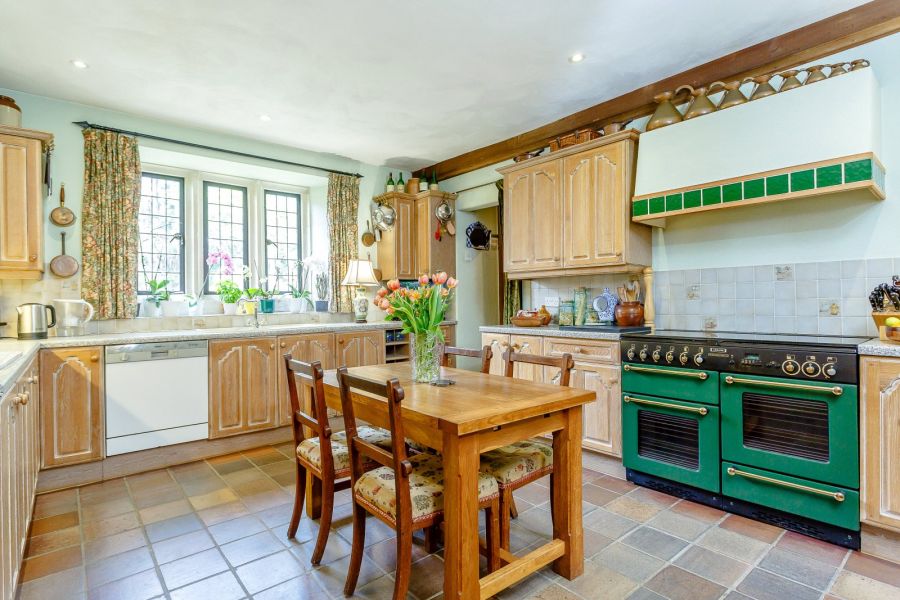 A stone spiral staircase leads to the first and second floors and the master bedroom suite, plus five further bedrooms, two family bathrooms and a large office. A one-bedroom annexe adjoining the house provides additional family guest accommodation or the potential for holiday lets. 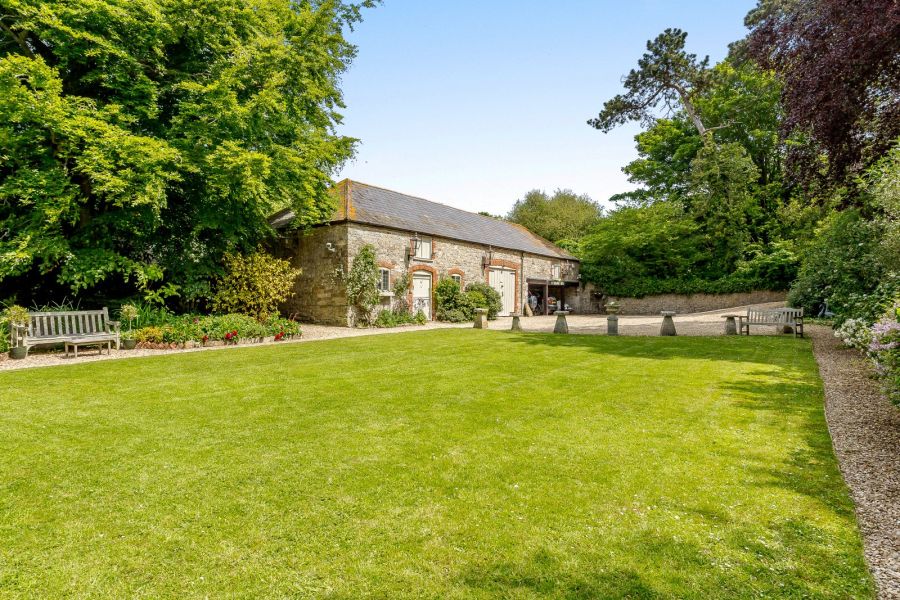 The Old Manor House is on the market with Strutt & Parker at a guide price of £1.85 million. Click here for more information and pictures.

This year marks the 80th anniversary of the sale and demolition of Norfolk House. John Martin Robinson re-creates the splendours