In north Essex, Paddy Pritchard-Gordon of Knight Frank in Bishop’s Stortford quotes a guide price of £2.9m for Grade II*-listed Prior’s Hall at Stebbing, four miles from Great Dunmow and 12 miles from Bishop’s Stortford, which was one three manors in the parish of Lindsell administered as a single unit since before the Norman Conquest. 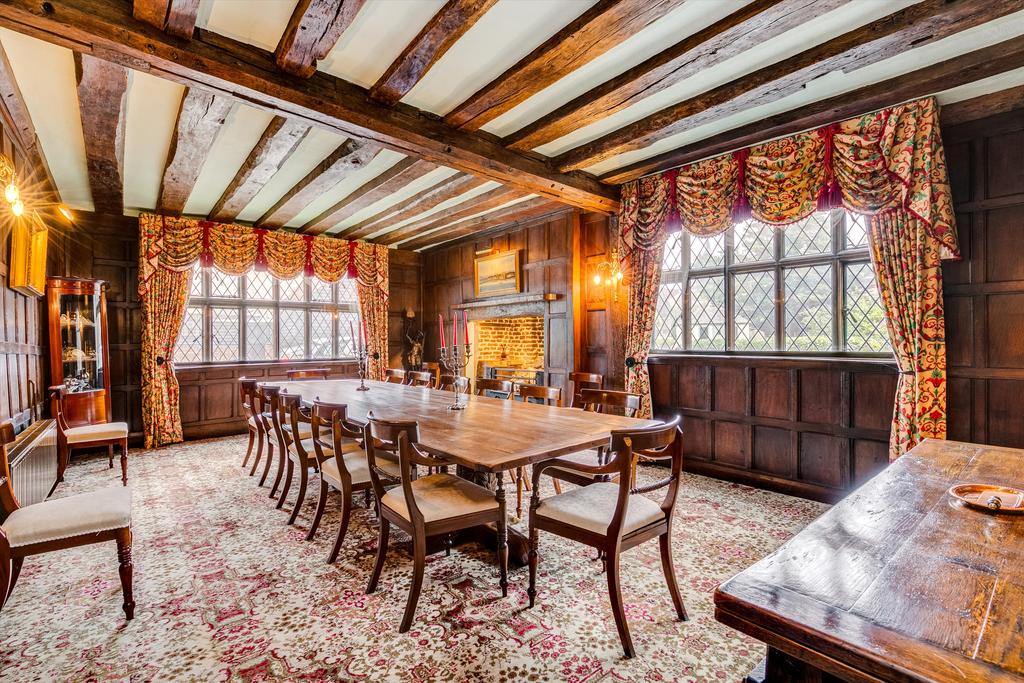 Priors Hall takes its name from the Priory of St Valery-sur-Somme in Picardy, to which it was granted by a grateful William I for the ‘spiritual help’ its Benedictine monks provided in the form of prayers to reverse an unfavourable wind for sailing during his conquest of England in 1066. 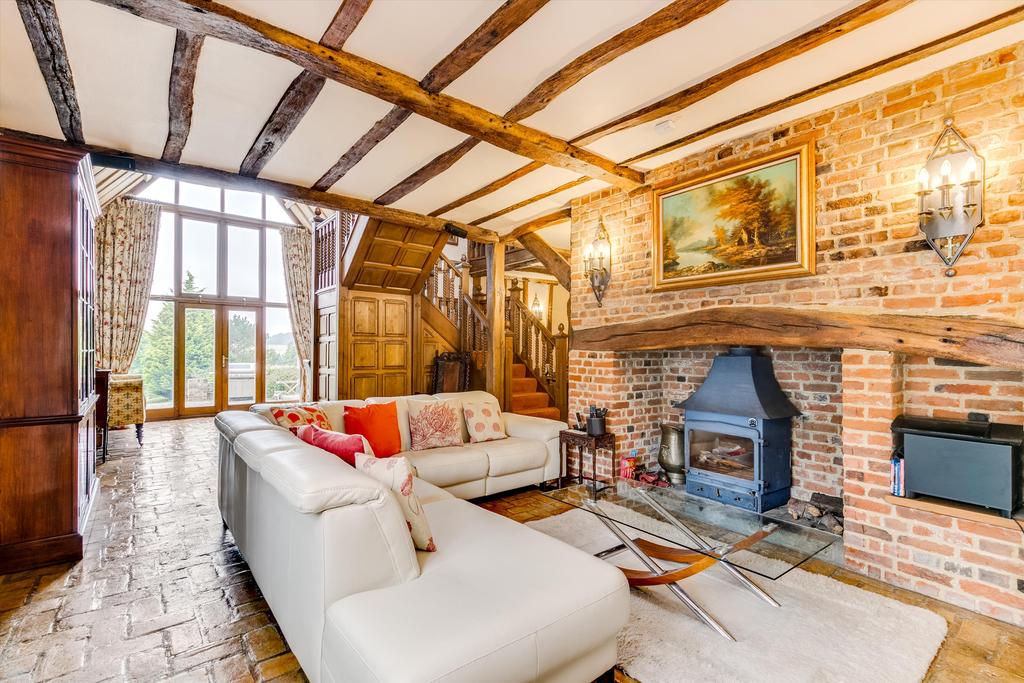 A History of the County of Essex (1907) recounts that ‘when the Norman fleet was prepared for the invasion in 1066, it lay for a fortnight at the mouth of the Somme waiting for a favourable wind. Prayers were offered up at the abbey of St Valery, and at last the monks brought out in solemn procession the shrine containing the body of the saint.

The blowing of the south wind on Wednesday, 27 September, was piously ascribed to this, and there can be no doubt that the grants made to the abbey in England, whether by the Conqueror or others, were intended as a thanks-offering’.

In those days, tithes and fees were paid to asset-owners, and lands in foreign ownership became an increasing drain on the English economy. In 1377, Edward III confiscated Priors Hall and gave it to William of Wykeham, who was Lord Chancellor of England and Bishop of Winchester.

In 1379, he founded New College, Oxford, and endowed it with Priors Hall and other manorial properties as a source of revenue and timber for construction. The land belonging to Priors Hall was sold by New College in 1923. 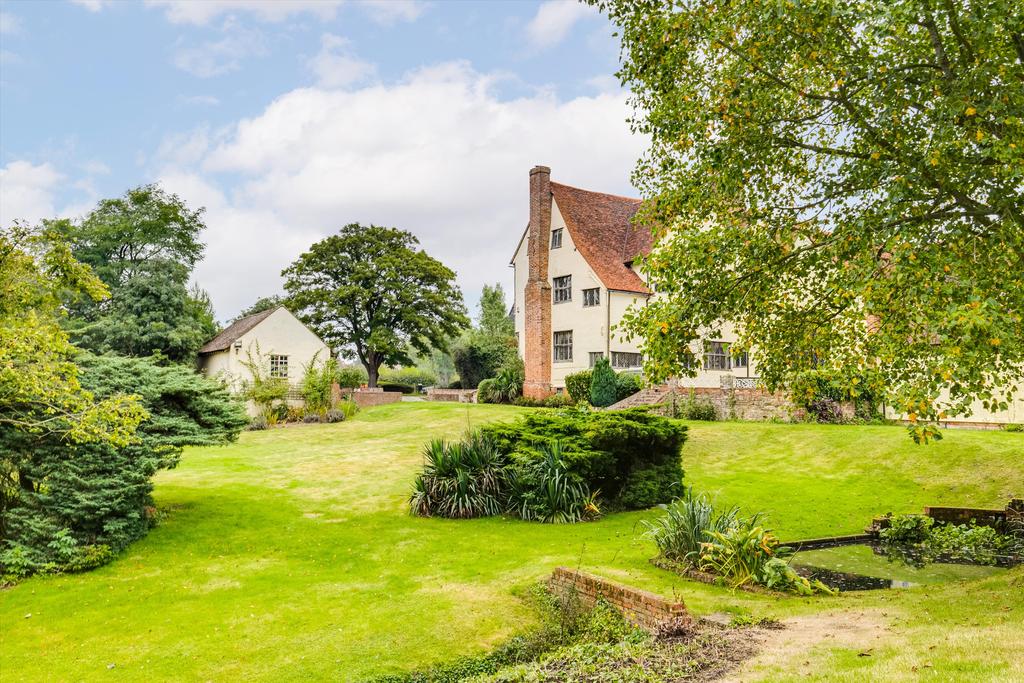 The hall itself stands in 10¾ acres of gardens, grounds and pasture and comes with stabling, stores and extensive outbuildings, including a massive timber-frame barn, listed Grade II. Priors Hall Barn was built of some 900 separate pieces of unseasoned oak felled between 1417 and 1442, to store the produce of New College’s Essex estates.

According to RIBA, Priors Hall — previously known as Parsonage Farm — is a good example of a timber-frame house with wattle-and-daub infilling, built in about 1400 and rebuilt some 200 years later.

The rear range, originally a separate late-15th-century building, was incorporated into the main building in the 20th century.

The eight-bedroom house boasts some fine reception rooms, including a drawing room, dining room, sitting room and snooker room, all full of historic character and charm. 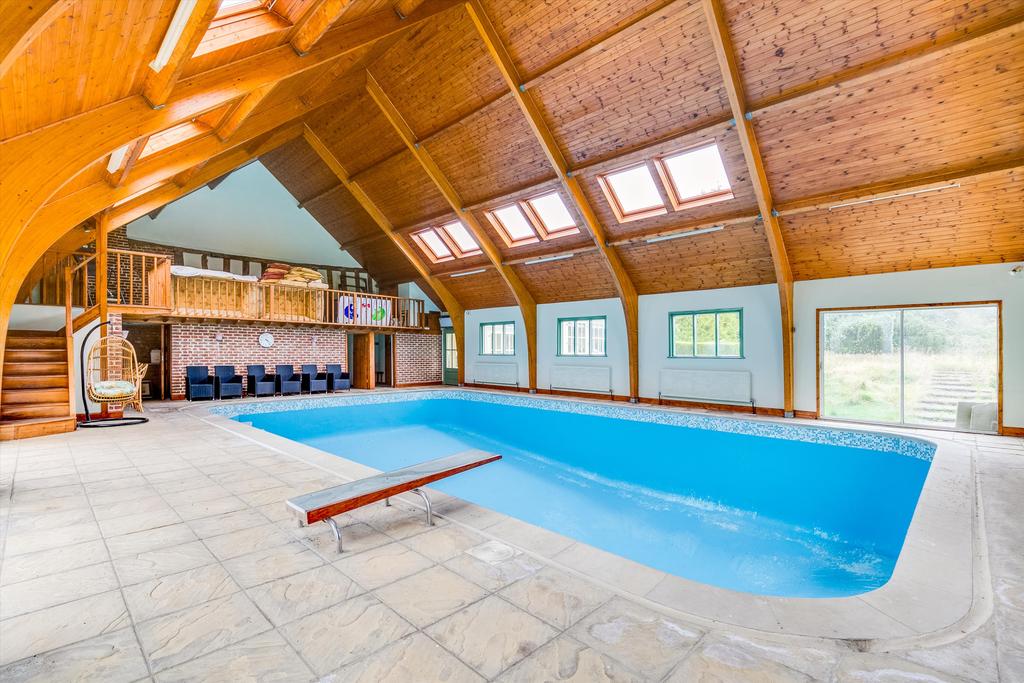 There’s also a large kitchen/breakfast room that leads to the conservatory and on to the indoor swimming pool.

Priors Hall is currently on the market via Knight Frank for offers over £2.9 million — see more pictures, or enquire with the agent for further details.

Stebbing: What you need to know

Location: In the Uttlesford district of Northern Essex, approximately 10 miles east of Stansted Airport, four miles from Great Dunmow, 12 miles from Bishop’s Stortford and 15 miles from Saffron Walden. The nearest rail station is located at Braintree which runs services to London Liverpool Street.

Atmosphere: With a pub, primary school, church, tennis club, bowling green, village store and local park, the small village of Stebbing is a sought-after place to live with good International and national transport and commuter links.

Things to do: Visit the local villages and market towns for a range of independent shops, cosy pubs and cafes. There is a weekly weekend market at Saffron Walden with an abundance of fresh produce on offer. Visit the Mountfitchet Castle, the Hatfield Forest and Henry Moore Foundation.

Schools: Stebbing Primary School is the local village primary and for secondary there is Bishop’s Stortford College and Felsted School.