Meticulous restoration is worth every penny, as shown by this beautiful house in Herefordshire. Penny Churchill reports.

Anyone heading for the Game Fair at Hatfield House, Hertfordshire, this week should double-check their satnav before setting out to ensure it doesn’t take them to Haffield House in Herefordshire. Unless, of course, you happen to be in the market for a superbly renovated, classic late-Georgian house, with a cottage, stabling and outbuildings set in 120 acres of pasture, parkland and woodland, in which case Worcester-based agent Andrew Grant may be able to offer you the country estate of your dreams. 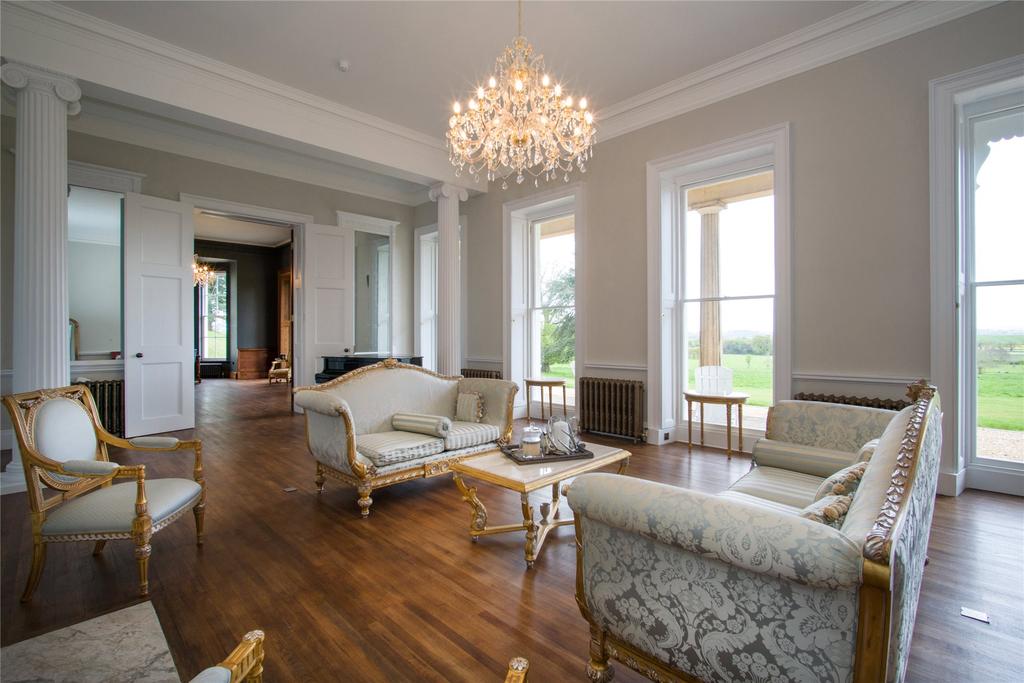 Haffield House, listed Grade II and on the market at a guide price of £5.5m through Andrew Grant Country Homes,  comes with impeccable credentials. In the early 18th century, the estate was owned by Jacob Tonson, publisher of Alexander Pope and a keen gardener, whose friend Lord Peter-borough introduced the first tulip tree to England in 1688. It may even have been Tonson who planted the fine tulip tree that still graces the garden at Haffield House. 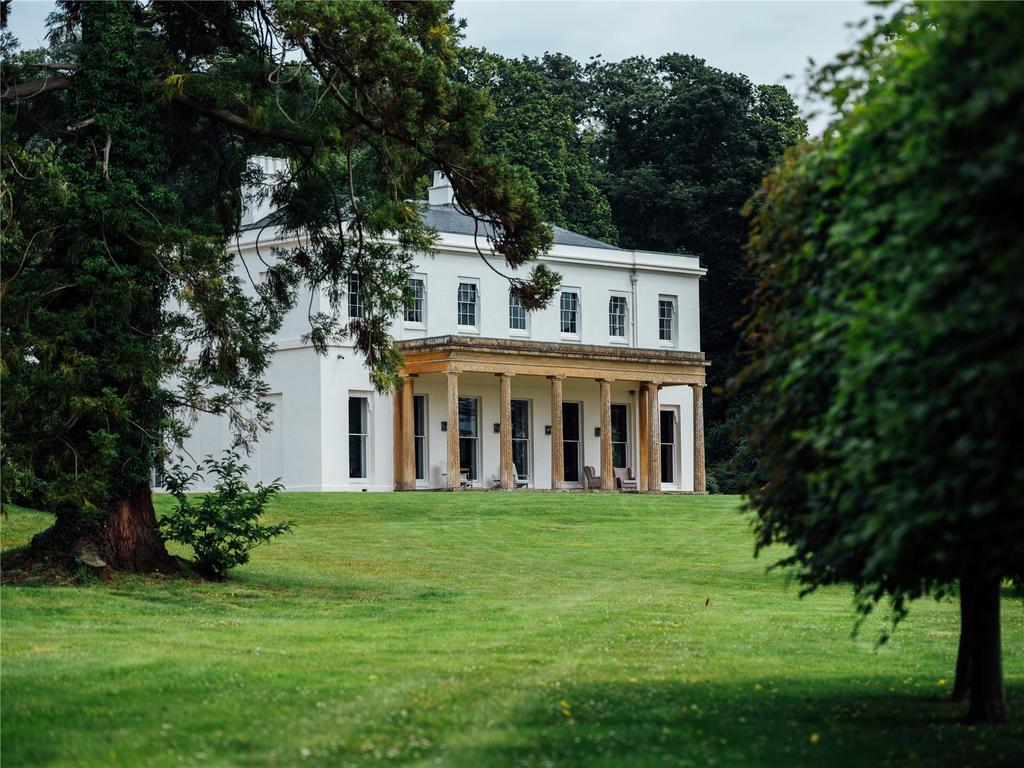 The present Haffield estate was created in 1813 by John Biddulph and the main house, designed by eminent architect Sir Robert Smirke as an ‘unpretentious Greek Revival house’, was built in 1819.

In 2016, the 18,600sq ft house, by then in need of considerable repair, was bought from the Cadbury family by interior designer Rebecca Coady and her husband, who were looking for a Georgian country house to renovate as their ‘forever’ family home. 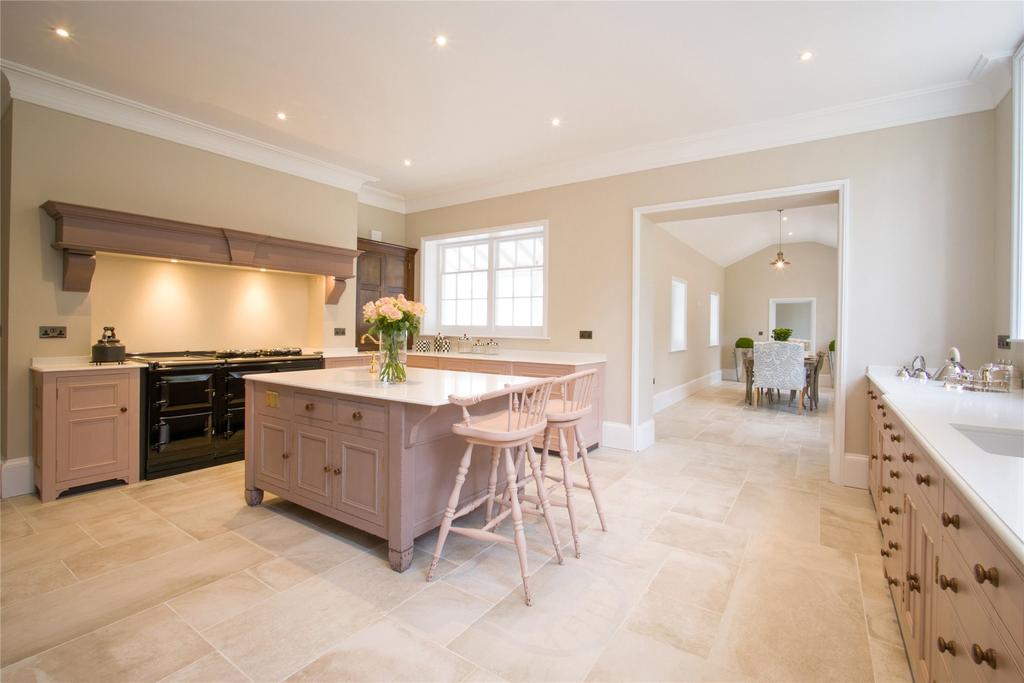 Three years later, following a root-and-branch restoration, Haffield House has been transformed into a splendid, easily managed country house that literally exudes new life, its roof having been removed and fitted with a breathable membrane, together with fresh slates, battens and chimneys. 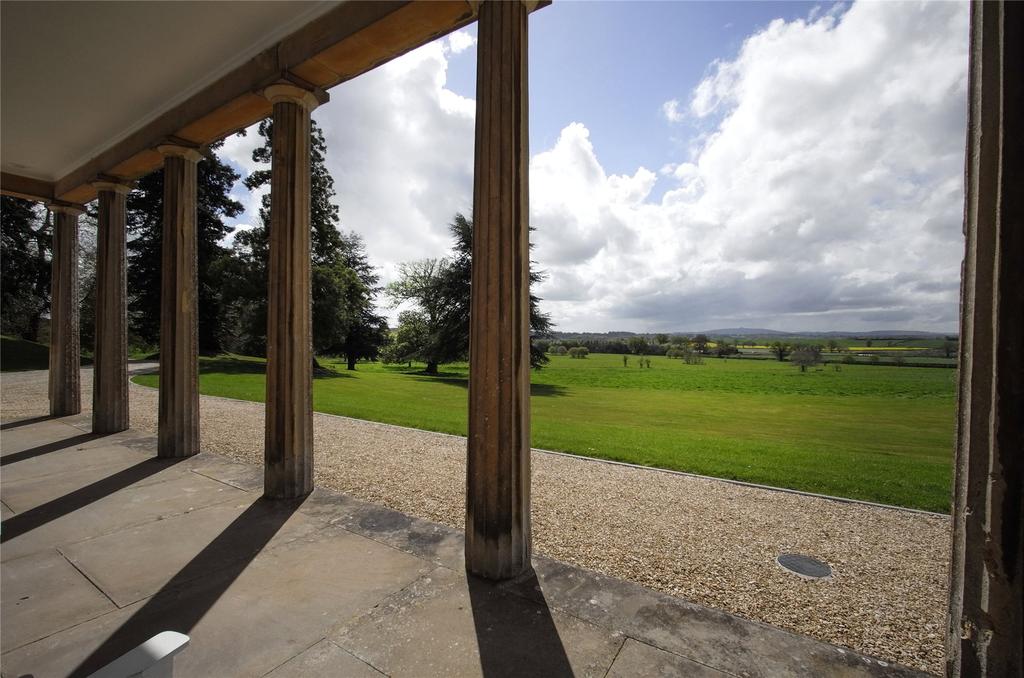 The exterior render was replaced with a natural hydraulic lime coating. A biomass system was installed for heating and new, historically faithful radiators fitted through-out. All 180 windows were repaired, with their handmade glass retained, and 28 original craftsman-made fireplaces were preserved. 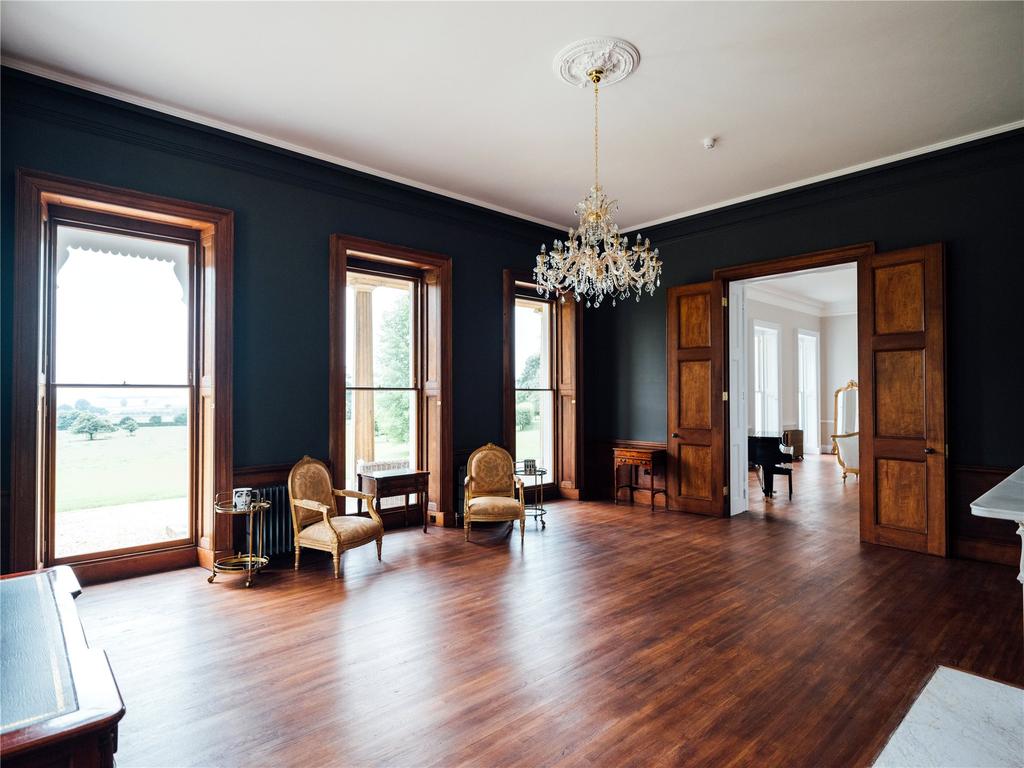 Outside, all the outbuildings have been restored and the grounds revived, with driveways and paths transformed with Cotswold stone. Inside, the 14 bedrooms have been converted to seven suites with luxury bathrooms, plus two further bedrooms and a cinema room. The lighting has been ingeniously planned, with three chandeliers making a brilliant centrepiece in the main reception rooms. 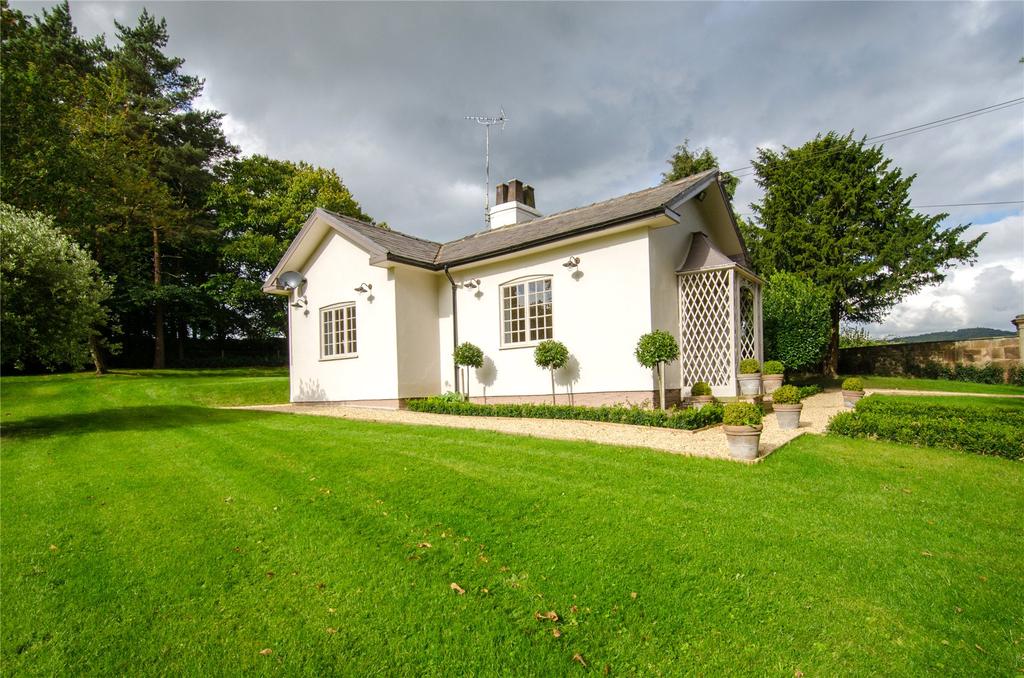 What would have been a small, unassuming kitchen now has bespoke oak furniture and marble tops, a separate ‘prep kitchen’, a light-filled breakfast room and a freezer room. 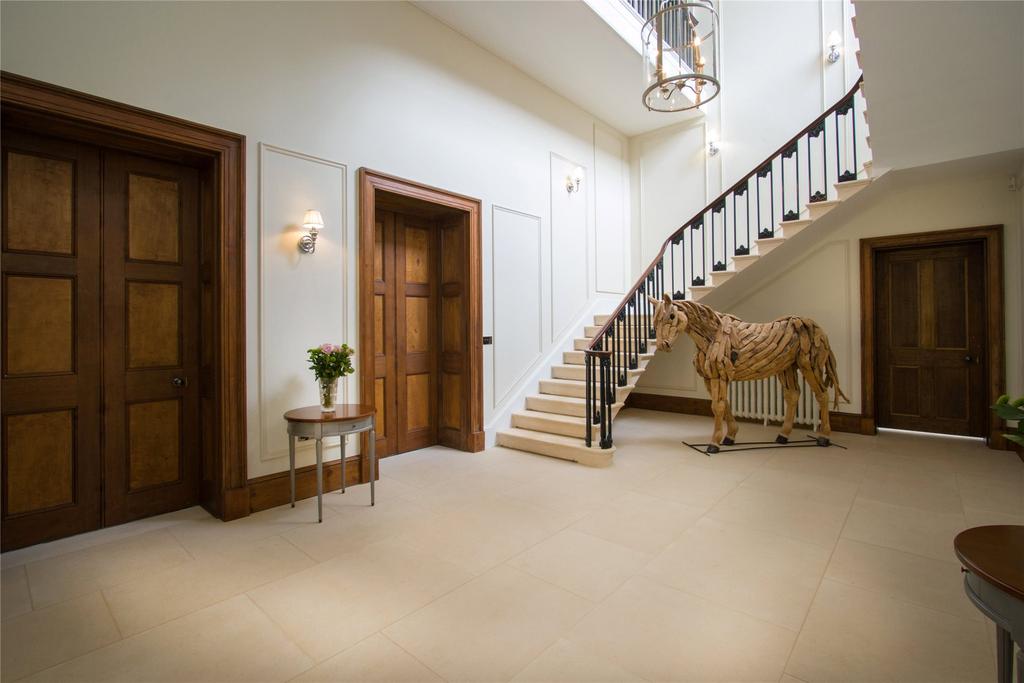 Sadly, the best-laid plans of mice and men can sometimes go horribly wrong and, after Mrs Coady’s husband’s return to work in Dubai, their country idyll remains a dream.

Haffield House is on the market through Andrew Grant Country Homes at a guide price of £5.5 million. Click here for more information and pictures.