You can almost imagine Bertie Wooster and Jeeves plotting schemes as they stroll along the yew-lined avenue at this beautiful Wiltshire home.

If you’ve ever wondered where P. G. Wodehouse got the inspiration for his tales of Bertie Wooster’s summertime exploits at fine country houses, the answer is, in part, Stanton Court.

The young Wodehouse spent many happy summers at this wisteria-clad home in Wiltshire, which sits in Stanton St Quintin, not far from Malmesbury, and is on the market with Carter Jonas at £1.325m. 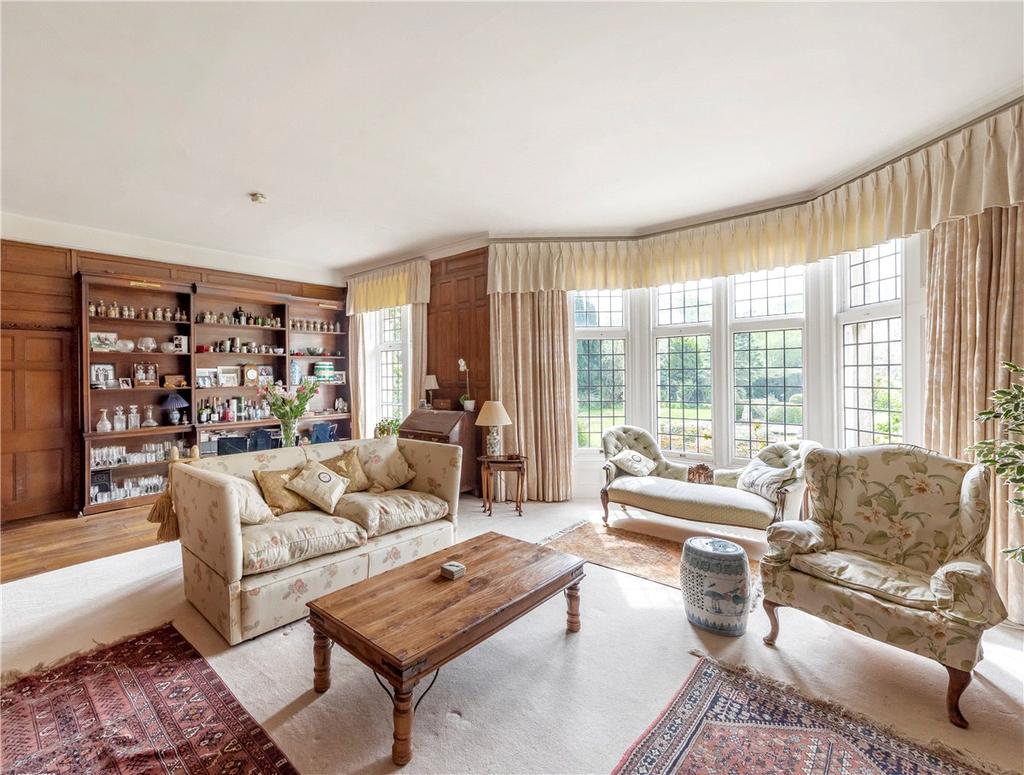 It’s a seven-bedroom property that forms the major part of a Grade II-listed Georgian rectory situated close enough to the M4 to make getting to London, Bath and Bristol a matter of ease.

Wodehouse apparently kept a study here, but he was far from the only illustrious visitor to stay over the years. One of Queen Victoria’s grand-children, Princess Marie Louise, was also a regular guest over the years. It’s not hard to see the attraction: this idyllic home sits in three glorious acres of land. 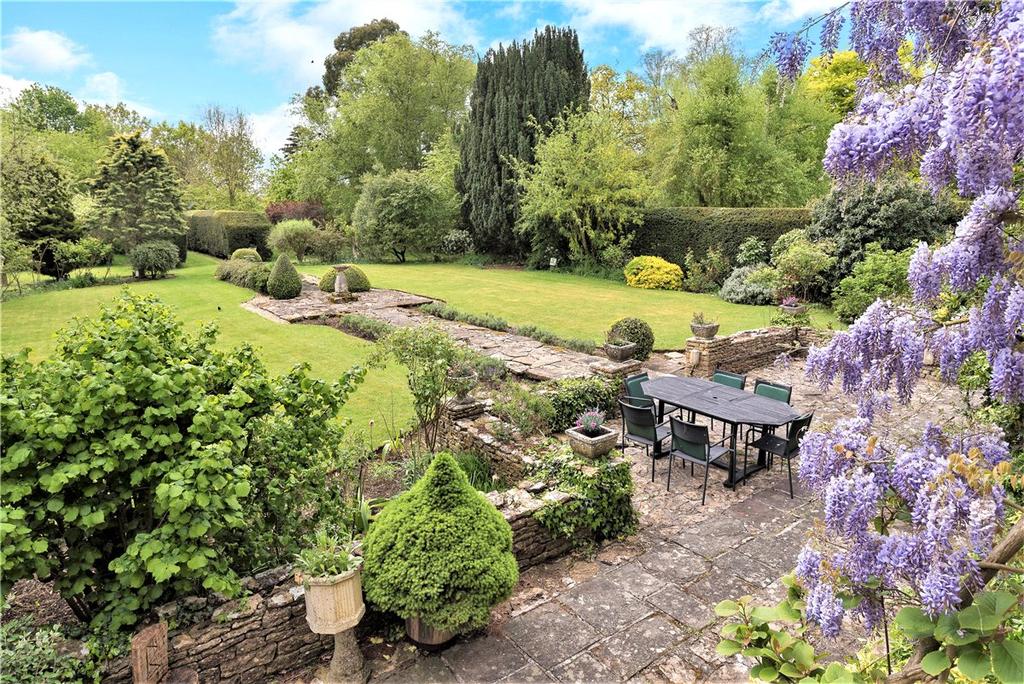 Entering the house a grand oak double door leads into a stone floor vestibule, beyond which is the sort of high-ceilinged hall into which you can imagine Bertie blistering happily, while gossiping about the latest ups-and-downs of Gussie Finknottle. The house dates originally to around 1780, but the furniture, fixtures and fittings have been lovingly tended by the present owners in a manner which feels very early 20th century. 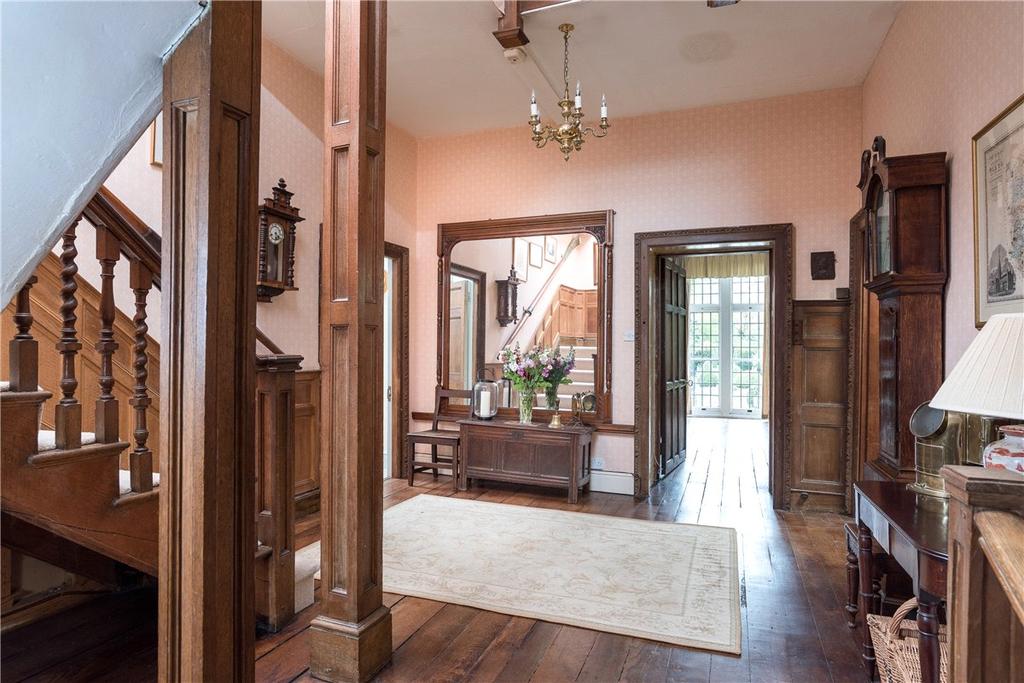 There are three main reception rooms on the ground floor, all with handsome oak-panelled walls, fireplaces, and high ceilings. There are beautifully-crafted bookshelves, leaded windows looking out over the grounds and plenty of natural light.

A kitchen/dining room is very pleasantly arranged and feels like the everyday heart of the house, while a cellar below provides a large amount of extra space —the cellar brings the space on offer in the main house up to almost 7,000sq ft, while there’s also a workshop, shed and double garage. 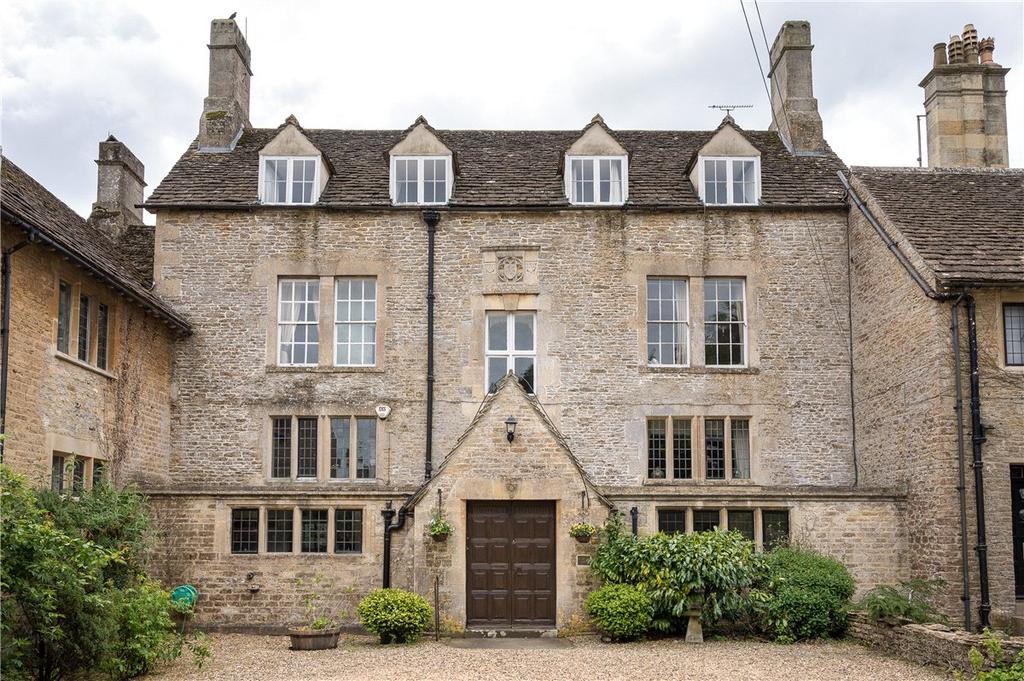 An impressive balustraded wooden staircase leads up to the first and second floors, where there are seven bedrooms which are equally as charming as the reception rooms below. 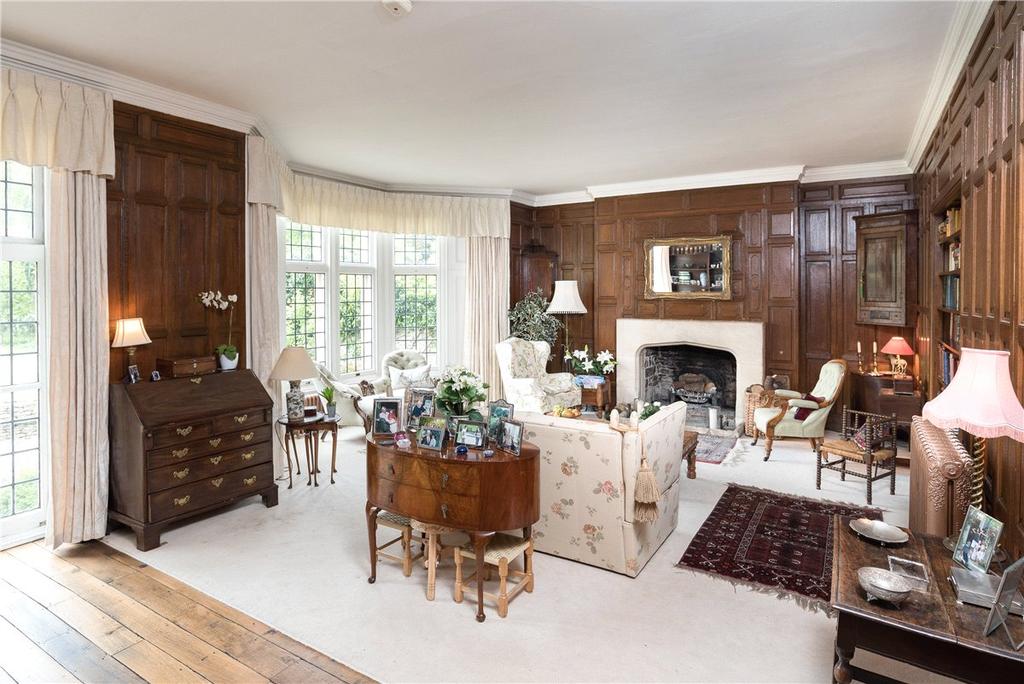 A further room on the second floor is a study/kitchenette which can (and has) allowed the top storey to be used as self-contained accommodation. 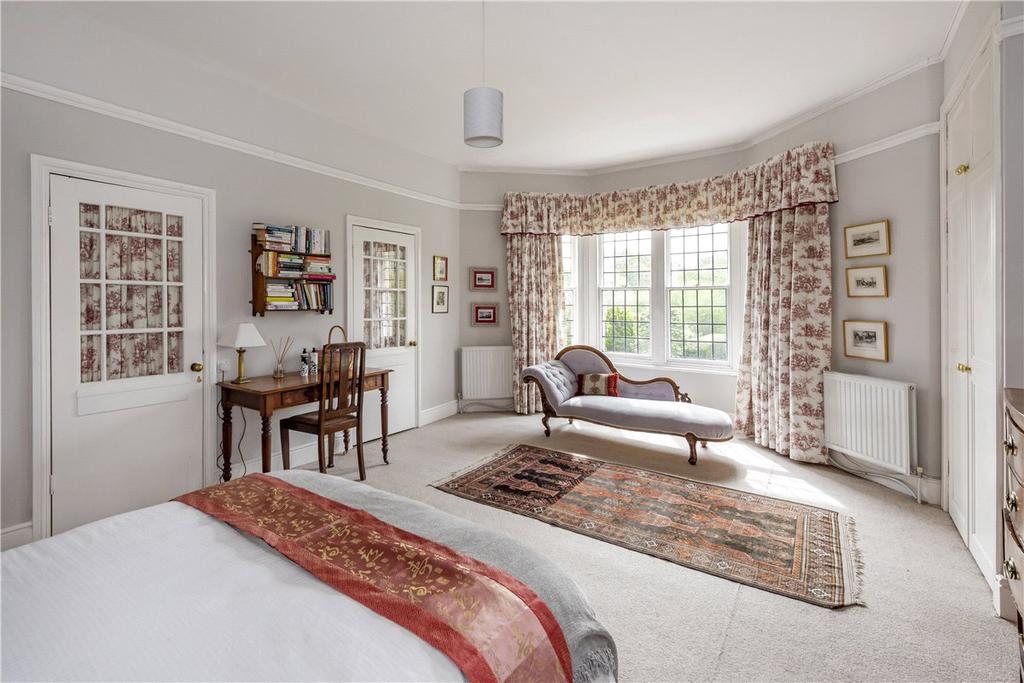 Finally, a further note on the gardens, for they really are very special. Highlights include a yew avenue, Grecian-style statue, paddock and ponds rimmed by conifers and an orchard.

Stanton Court is for sale via Carter Jonas at £1.325m — see more details and pictures. 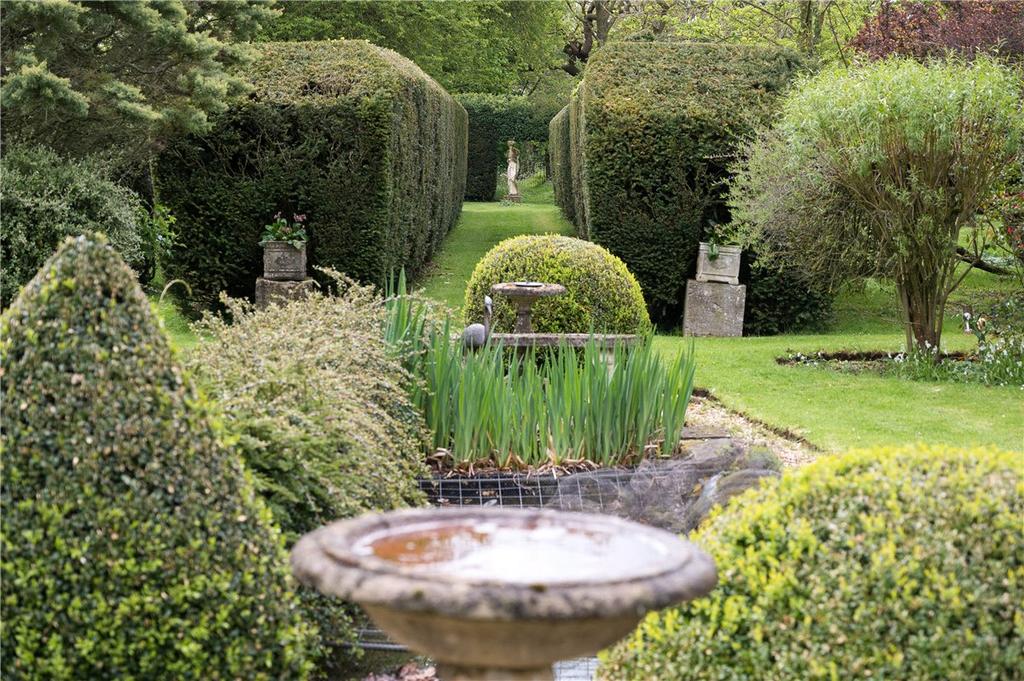 From Hemingway to Wodehouse, we reveal the hangover remedies of literary greats.