This huge home in West Cornwall offers a chance not just to live in one of the most beautiful parts of Britain, but also to run a lifestyle business — or businesses — for those looking to escape the urban sprawl.

Ennys, a restored Georgian country home set close to the West Cornwall coast, has come to the market via Savills at £2.35m, and is described by the agents as ‘an oasis of calm and tranquillity’.

It’s hard to disagree. The main house, with its mellow honey-coloured granite exterior, stands in some 20 acres of grounds, which include landscaped gardens, woodland and fields, and is approached via a winding private drive.

The grass tennis court, ideal for those who’d love to be watching Wimbledon right now.

The Grade II*-listed main house opens up via a large, flag-stoned hallway that leads on to a huge kitchen (with both Aga and induction hob), sitting room and dining room. 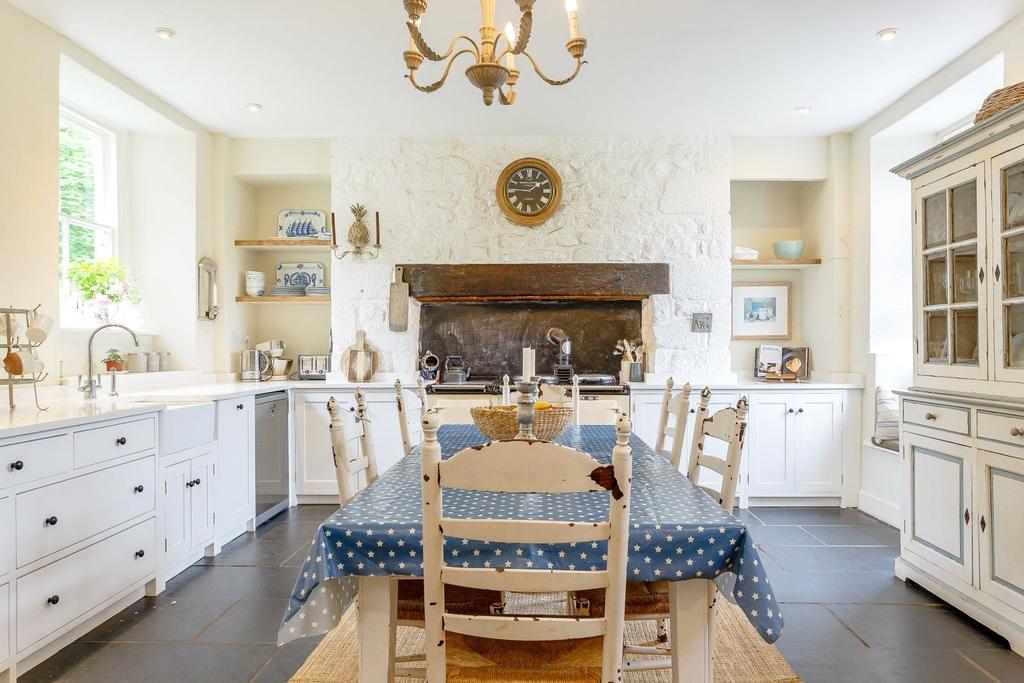 There are also separate utility and boot rooms, plus a study and living room with direct access to the gardens. 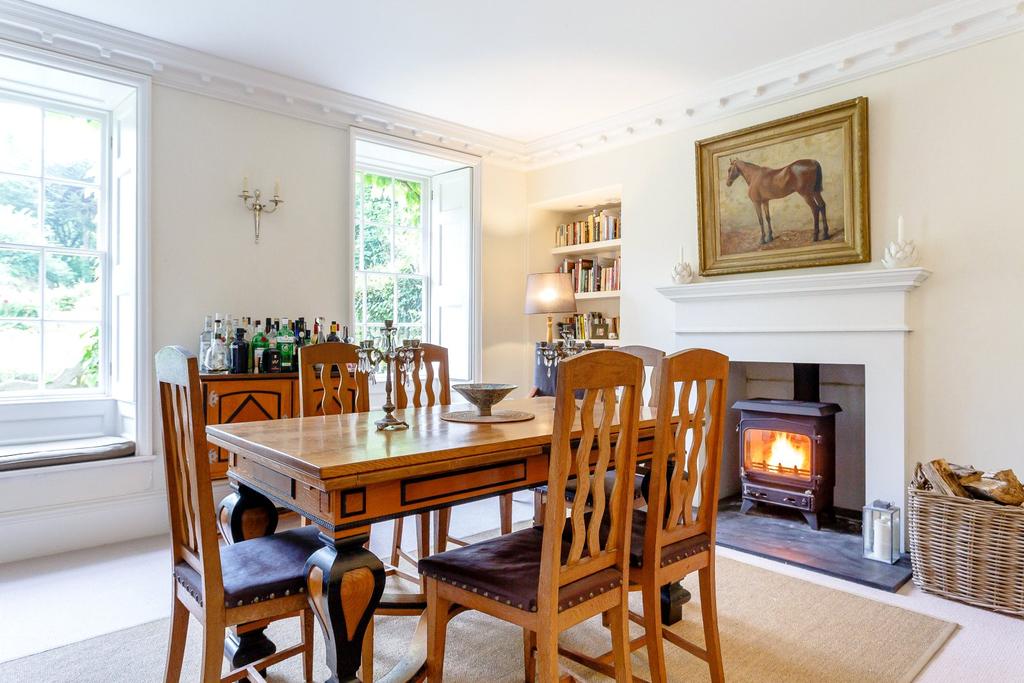 There are five bedrooms, four of which are en-suite, plus a separate dressing room, all on the first floor. 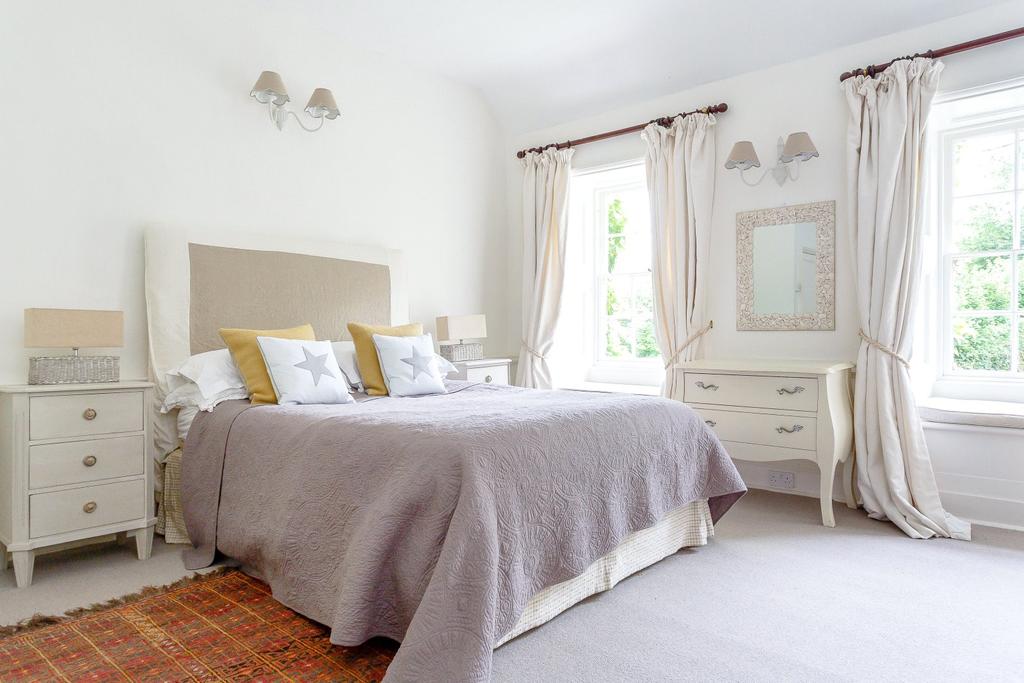 As well as the main house there are several outbuildings, including a 19th-century barn that is currently set up as four self-catering apartments, and a separate cottage providing further accommodation.

The barn in particular will have people sitting up with interest: the sellers suggest that it would make ideal offices if you were to set up a business. Another outbuilding is already used as an office too, while there’s also a laundry room and a conservatory — with underfloor heating for the winter months. It’s ‘perfect as a yoga studio or art studio’, the agents suggest — clearly they’re selling a lifestyle as much as a home. 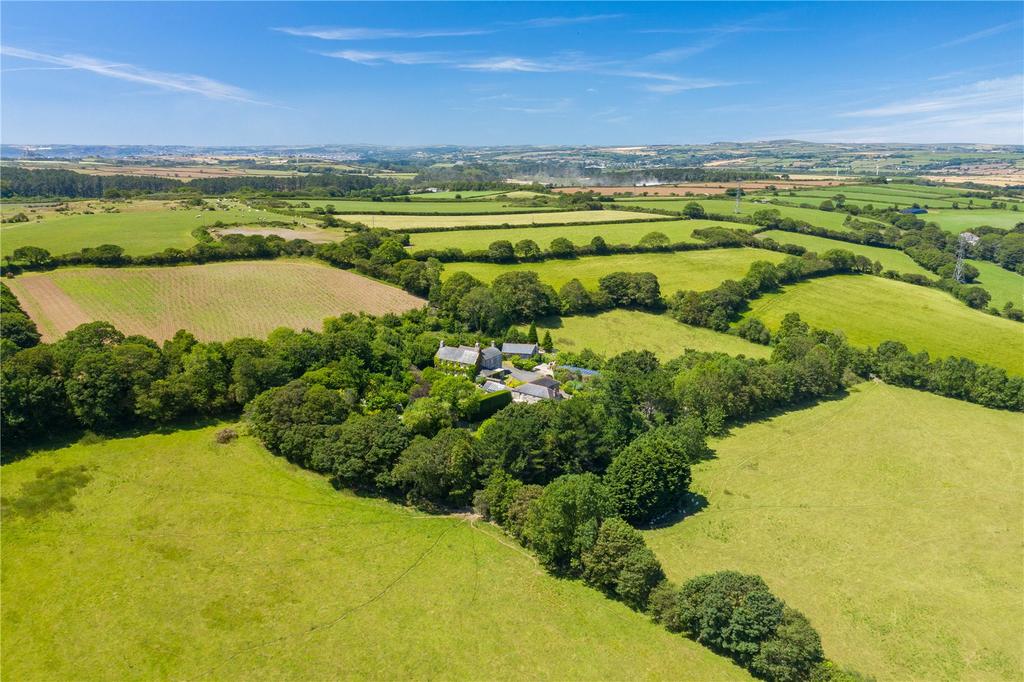 And the lifestyle really is quite something. There’s a grass tennis court and heated swimming pool, as well as an agricultural barn which, while currently free of horses, could easily be converted into a stable.

Once you’re here, in other words, there’s no real reason to leave. If you do, however, you won’t be short of delights nearby. Perranuthnoe, Prussia Cove, Marazion and the renowned surfing beach at Gwithian are all nearby to this spot, from which both south and the north coasts of the Cornish peninsula are accessible.

Ennys is for sale through Savills at £2.35m — see more details and pictures.

James Fisher picks out three of the finest homes for sale right now in the West Country.