A gorgeous house has come to the market close to popular Cotswolds spots such as Daylesford Farm Shop and Soho Farmhouse. Penny Churchill tells more.

In the rolling countryside of north Oxfordshire, Grade II-listed The Manor House at Chipping Norton has ‘the wonderful homely feel of a house your parents might have lived in for 30 years,’ says David Henderson of Savills in Stow-on-the-Wold.

He quotes a guide price of ‘excess £3m’ for the exquisite small manor house which, according to its Historic England listing, evolved ‘around an early-16th-century core with later additions and much restoration and alteration in the 19th century’. 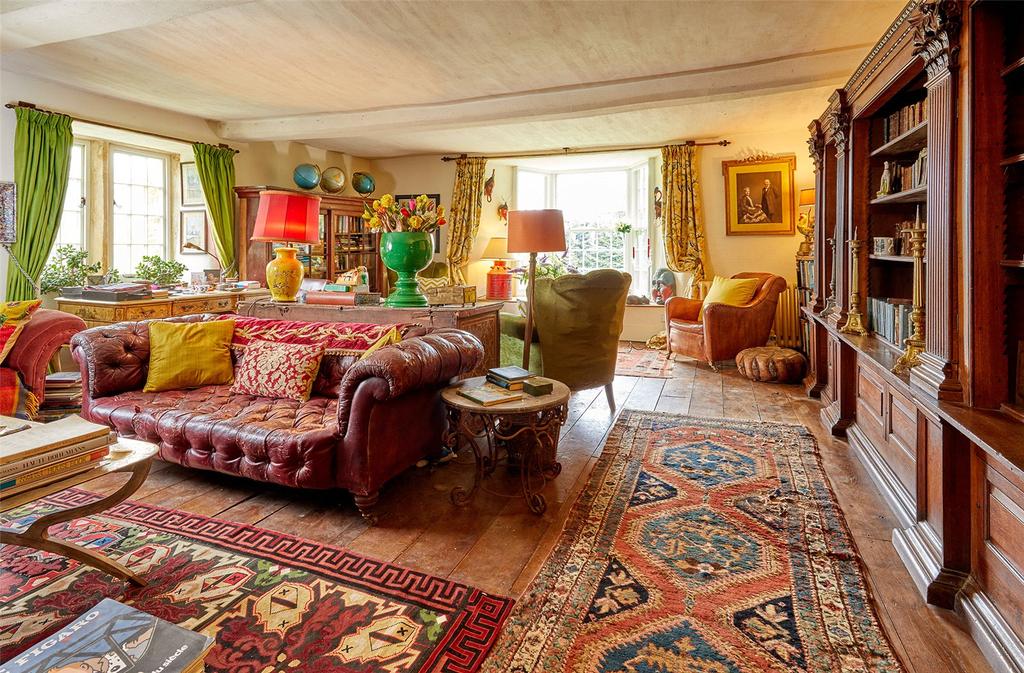 For the past 10 years or more, the manor’s globe-trotting owner and ‘serial collector’, Tony Hill, has painstakingly restored and modernised the quirky, 3,700sq ft house set in three-quarters of an acre of totally private gardens in the heart of the town, with guidance and advice from Cheshire-based Nigel Daly Architectural Design.

Built of Cotswold stone under a slate roof, the greater part of which was replaced eight years ago, the house has been completely rewired and replumbed. Original leaded light windows have been restored and replicated. 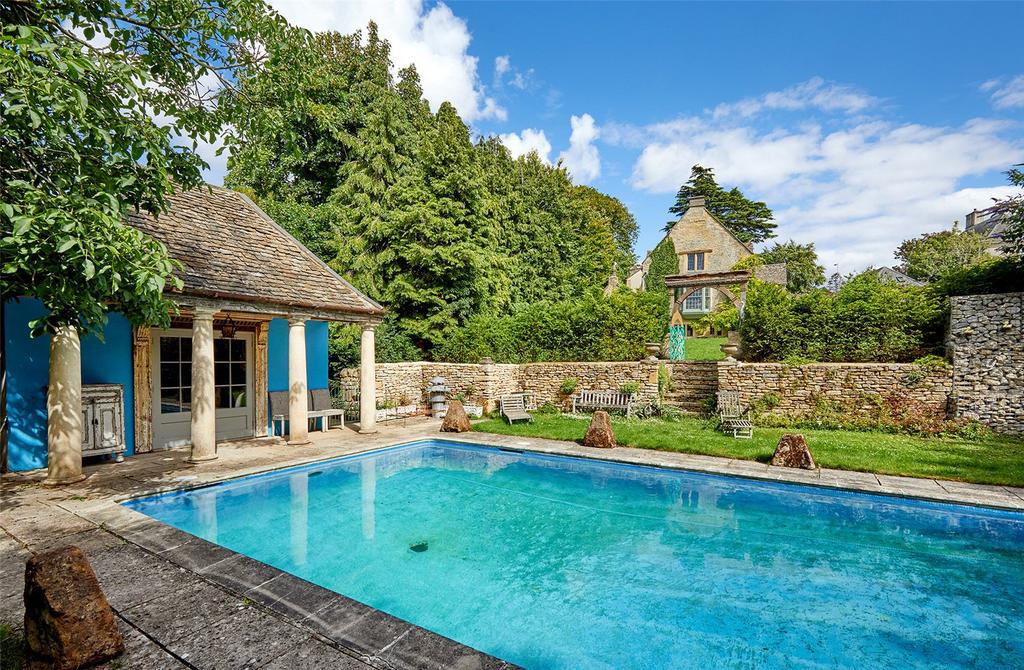 Lime-rendered internal walls, solid oak and stone-flagged floors, oak beams and huge oak A-framed trusses and natural materials — old and new — have been used creatively throughout. All stone-flagged ground and lower-ground floor rooms have underfloor heating and all outer walls are fully insulated. 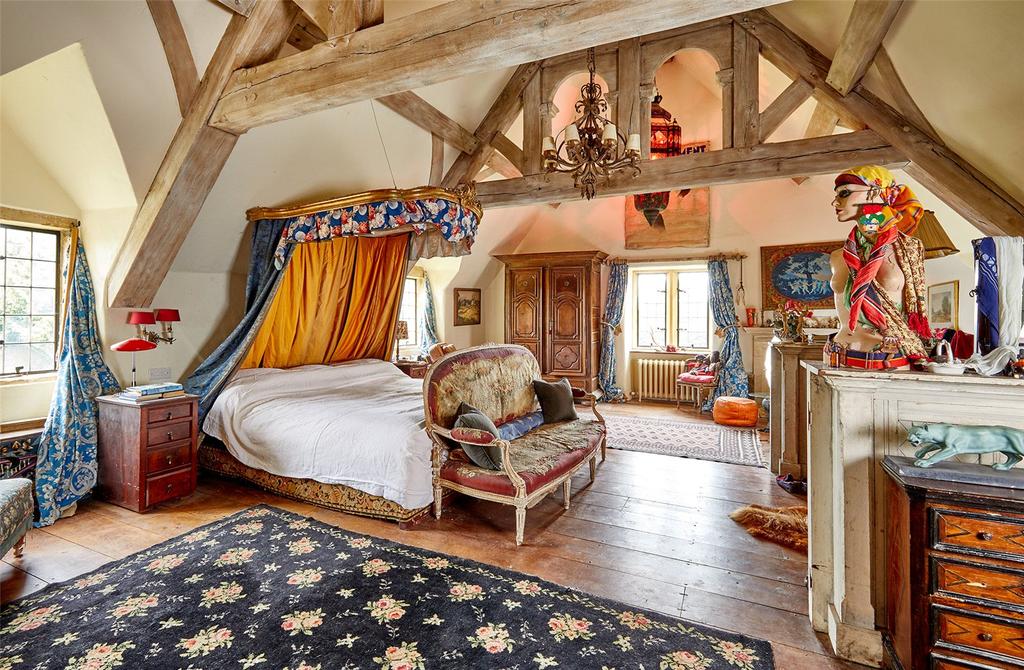 The attention to detail is remarkable throughout. Approached by a gravel drive under an enormous cedar of Lebanon, the flag-stoned entrance hall leads directly into the bespoke fitted kitchen, with its four-door gas Aga, honed slate worktops, tall windows overlooking the front garden and French doors leading to the colourful south terrace.

Stone steps from the hall lead to the light-filled main drawing room with its oriel window and window seat, where bespoke bookcases made from reclaimed elm boards surround the open fireplace. Another flight of stone stairs leads from the inner hall to the dining room with its vaulted ceiling and impressive carved stone fireplace. A large games/media room is used as a home cinema, office and party room. 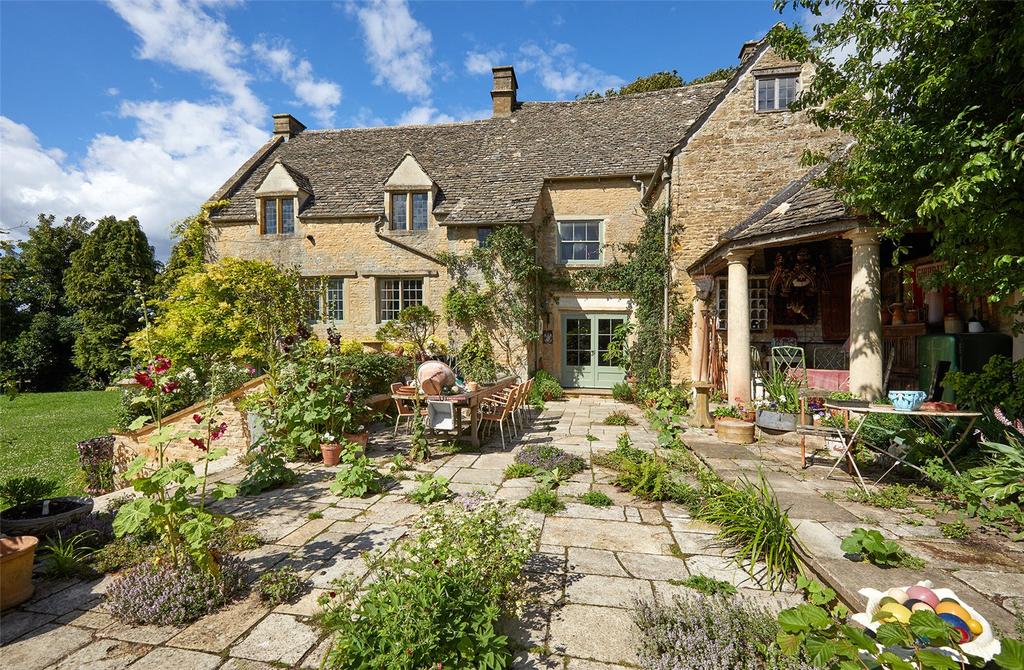 New 17th-century-style oak stairs lead to the first floor and the delightful principal bedroom suite with its vaulted ceilings and triple-aspect views of the garden and the hills beyond. There are four further bedrooms (three with en-suite bathrooms) on the first floor, with a guest bedroom and bathroom on the floor above. 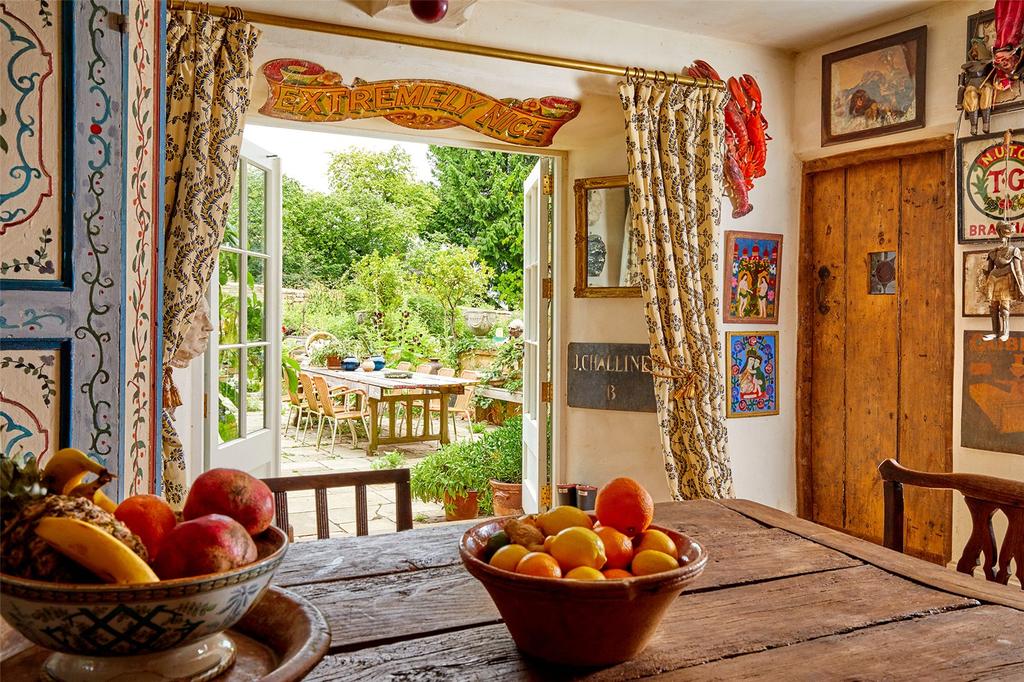 Completing this picture of a country house in town, the garden hides a discreetly placed swimming pool with a pool house and a ‘den’ above.

The Manor House at Chipping Norton is for sale with Savills — see more pictures and details.