Harold Tower is an outstanding Gothic-style castle, circa 1830, occupying a commanding position on Douglas Head overlooking the bay.

Clinging to the coastline of the Isle of Man and overlooking the boats that putter in and out of Douglas is this beautiful home, Harold Tower, for sale at £3.95 million.

The main house, recently refurbished from top to bottom has three bedrooms – though there is potential, and indeed plans in place, to increase this to five. There is also a three-bed guest coach house and a two-bed cottage included as well as a garage, workshop and stores – not to mention a swimming pool within the three acres of delightful grounds. 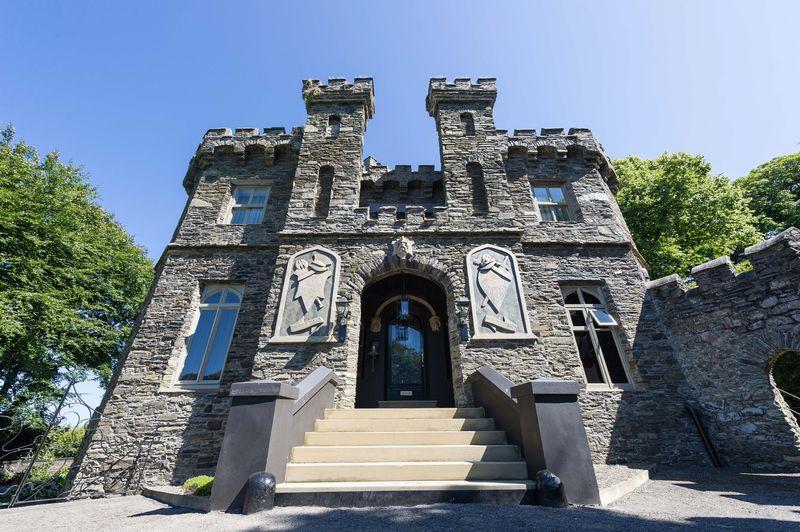 Constructed to a hexagonal tower design the property enjoys imposing castellation and a flourish of architectural features, including distinctive windows, arched internal openings and ornamental relief by the front entrance. 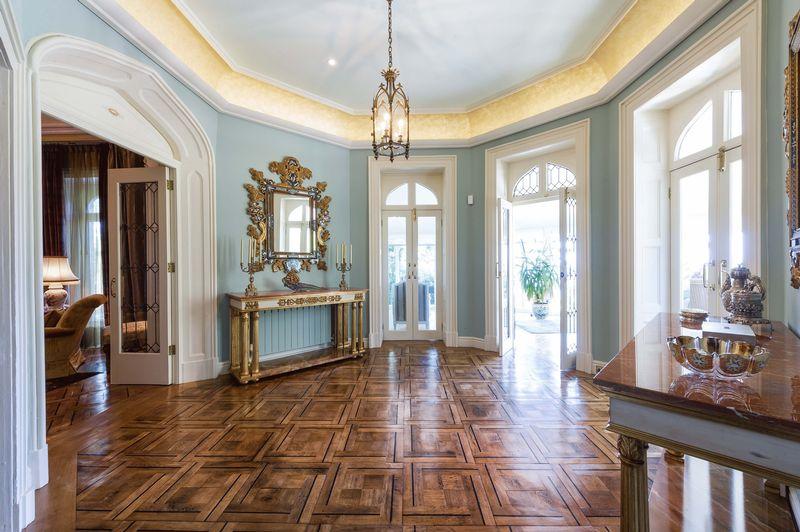 The property was once home to the artist John Martin who painted The Plains of Heaven between 1851 to 1853 and was used as a hotel during the Second World War.

The present owners bought Harold Tower in 2005, and it has undergone an extensive three-year restoration, utilising the skills of international-renowned interior designer Jean-Louis Mainguy, stained glass expert Robert Bullock and London artist Isabelle Day, who was commissioned to undertake all the interior painting of cornices frames, trompe l’oeil, centre roses and external coat of arms. 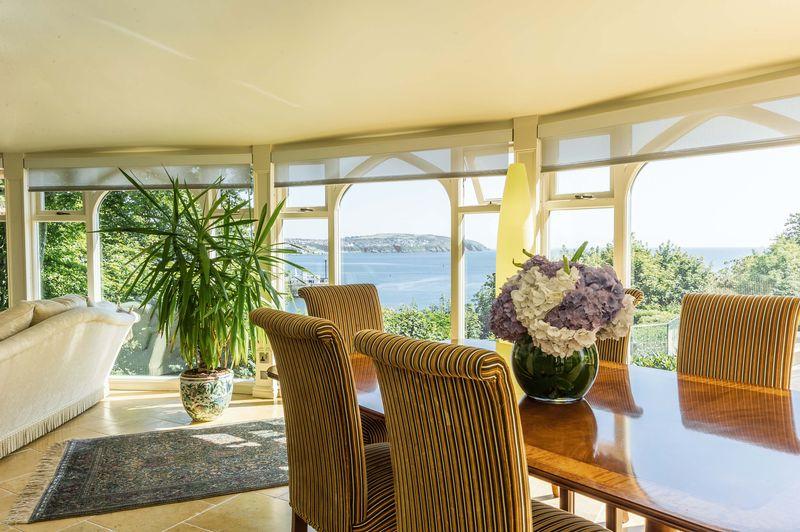 The local village workshop was also employed to create the dining room floor in French oak and ebony to imitate the reclaimed parquet floor from the lounge and hall that came from the world famous Palace Lido ballroom. 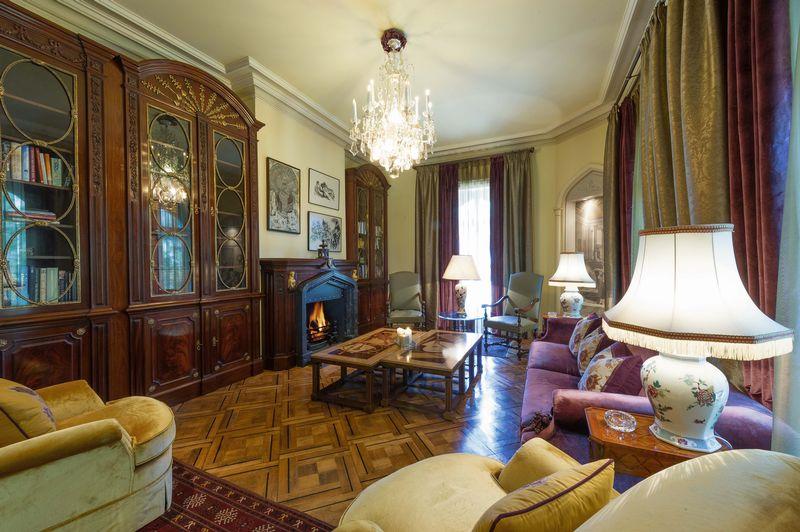 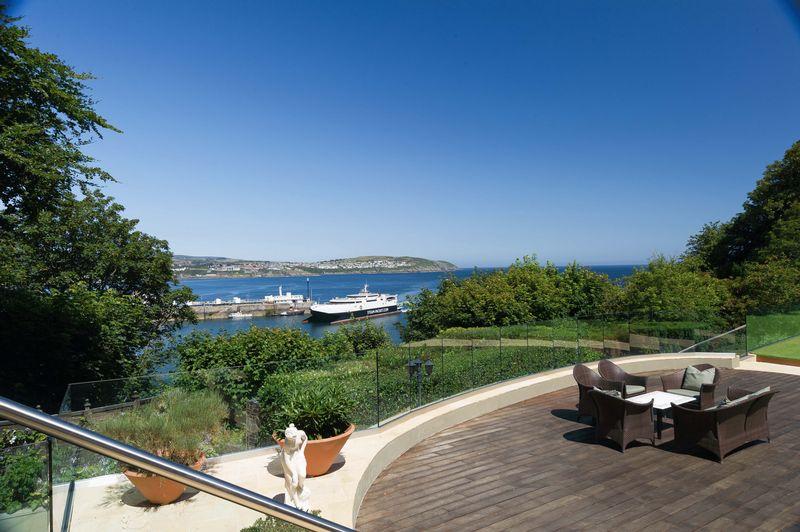 The three-bedroom guest house is a beautiful home in its own right. It’s a 2,400sqft house that boasts many period features including a stone turret exterior and original medieval window arches.

The two-bedroom guest cottage is of a newer design, having been built in 2013. 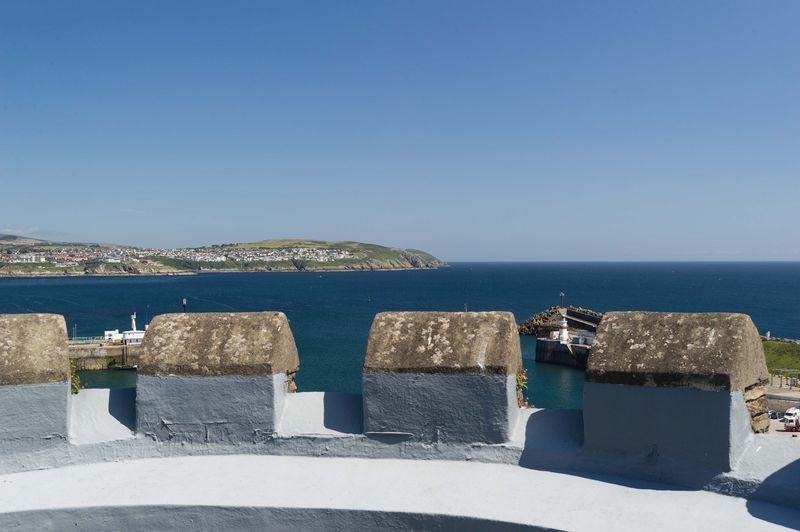 If the property alone isn’t enough to tempt you, living on the Isle of Man has many benefits and is a popular location for homeowners, especially since houses are exempt from Stamp Duty and there is no inheritance tax. 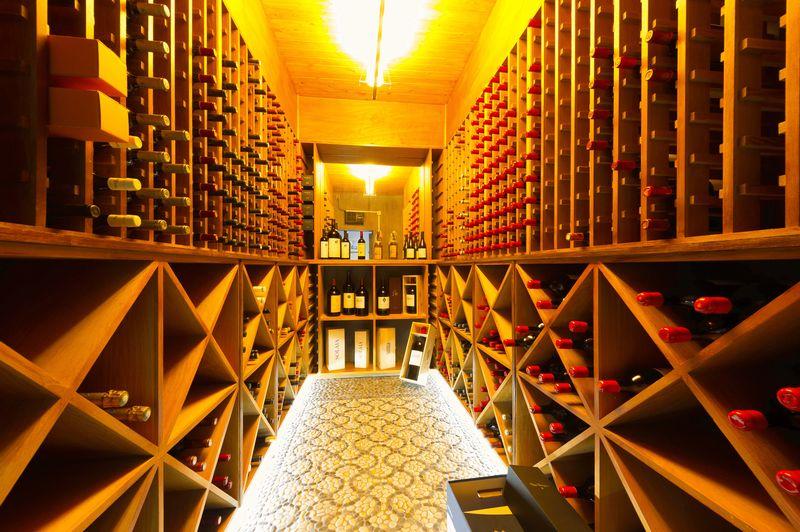 There are also direct flights from the Isle of Man to London, which take just over an hour.

Harold Tower is for sale with Chrystals Estate Agents via OnTheMarket.com at a guide price of £3.95 million – see more details and pictures.

Being locked in the tower was once a sentence to fear – now it's an opportunity to relish.