Let the scenery and wildlife of this Scottish estate inspire you, says Penny Churchill.

Now, more than ever, the ‘ageless hills and waters’ of the Tweed Valley, inspiration for writers such as John Buchan and Sir Walter Scott, are attracting buyers to the Scottish Borders, says James Denne of Knight Frank, who moved there from Kent more than 30 years ago.

‘People who come here, particularly from the South of England, are blown away by the clean air, clear skies and overall quality of life that we enjoy in this most accessible region of Scotland,’ he declares.

Today, Mr Denne is overseeing the launch of the spectacular, 3,884-acre Stobo estate, located some six miles upstream from the Royal Burgh of Peebles, where the River Tweed meanders through a landscape of rich lowland pasture scattered with hillside woodlands and flanked by heather-clad, round-topped hills. Knight Frank expects offers ‘in excess of £12 million’ for the estate as a whole, or in seven lots.

Historically, the estate was part of the lands of nearby Stobo Castle, the seat of an ancient barony re-granted to Sir John Maitland, Lord Chancellor of Scotland, in 1587. Over the following century, ownership alternated between opposing sets of Stuart allies — Maitland’s descendants, the Earls of Lauderdale and the Dukes of Lennox and Richmond, favoured kinsmen of the English kings James I, Charles I and Charles II.

After the Glorious Revolution, the barony passed to the Murrays, wealthy baronets who supported the Jacobite cause and forfeited lands and titles in the wake of the 1745 Rebellion.

In 1767, Stobo was acquired by James Montgomery, Lord Advocate of Scotland, later Sir James Montgomery, 1st Baronet, who invested heavily in the colonisation of Canada’s Prince Edward Island, thus enabling his heir, the 2nd Baronet, to build Stobo Castle between 1805 and 1811. 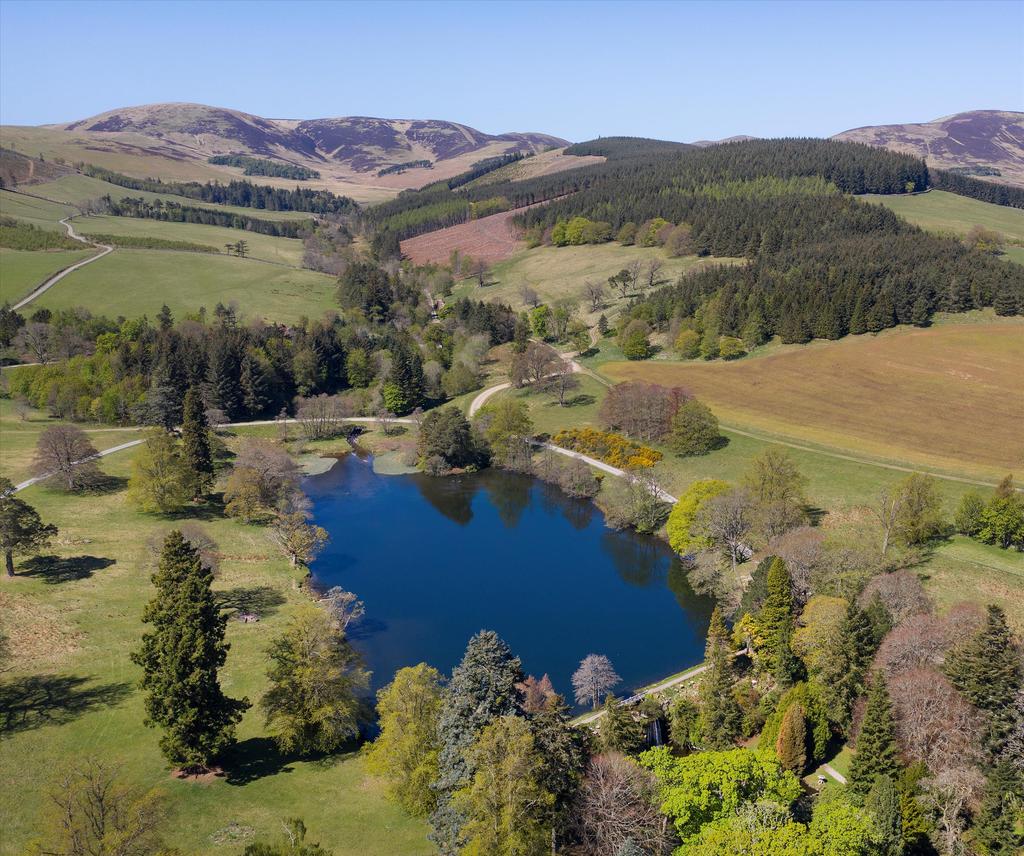 The barony remained in the hands of the Graham-Montgomerys until 1905, when the Stobo Castle estate (although not the barony) was sold to the cricketer Hylton Philipson, a passionate gardener.

After his death in 1935, Stobo was bought by the Countess of Dysart, who owned it until 1972, when castle and estate were finally divided and sold off separately. Since then, Stobo Castle and its immediate grounds have operated as a luxury spa hotel and the Stobo estate — centred on the handsome Georgian Home Farmhouse, built as the factor’s house in 1805 — has been developed by the current vendors as a picturesque and well-balanced residential, sporting, farming and forestry enterprise.

The estate includes two principal houses: the six-bedroom Home Farmhouse and another six-bedroom family house at Easterknowe Farm. There is also a portfolio of 15 houses and cottages that are either let or occupied by staff. 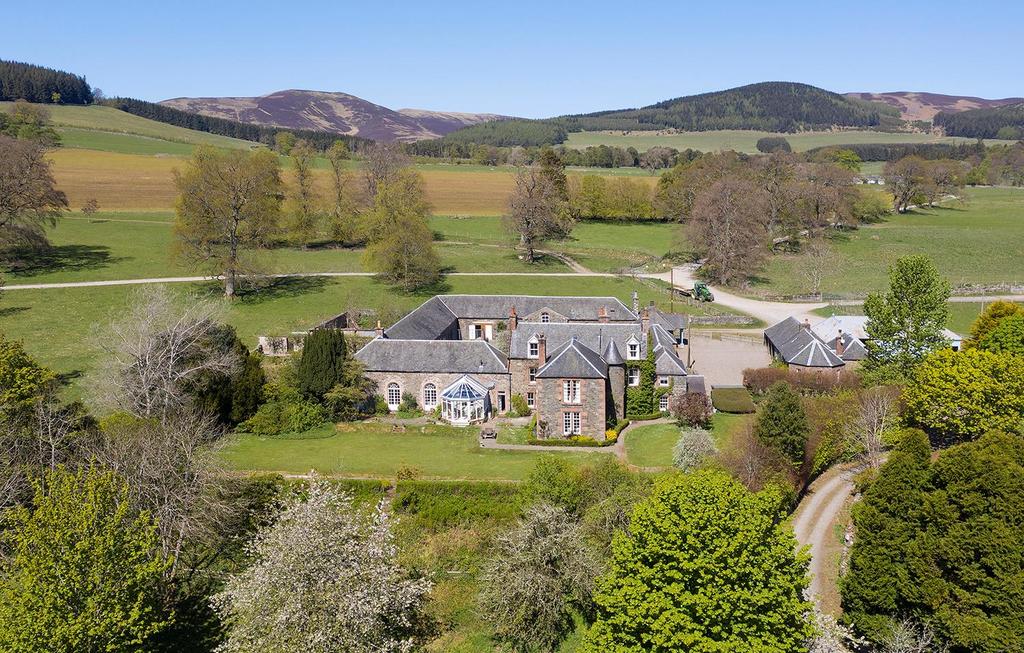 Planning potential (subject to permissions) exists on other estate buildings and locations, including the substantial, three-storey former Stobo Mill and power house.

A modern steading at Home Farmhouse and a modern sheep shed with stock-handling facilities serve the in-hand livestock farming business. The farmland includes 765 acres of pasture and an extensive area of hill ground.

The estate also benefits from large native and commercial forestry plantations. Of mixed ages, the forestry currently covers 444 acres in all, but could be considerably extended, again subject to the necessary consents.

Stobo offers first-class country-sports facilities, including sika deer-stalking, a fine driven pheasant shoot, excellent trout fishing on the estate’s two lakes and duck-flighting on the outlying ponds. In addition, the owners have, in the past, walked up grouse on Stobohope, a 2,338-acre block of hill ground in a hidden private location, at present used for upland grazing, but equally suited to tree-planting or rewilding.

At the heart of the estate lie the splendid Castle Lake and the exquisite Japanese water gardens.

Developed by Philipson a century ago and lovingly maintained ever since, the gardens are covered by a commercial arrangement with the Stobo Castle Health Spa that generates a useful income.

The Stobo Estate is for sale via Knight Frank at £12m — see more pictures and details.