The former country home of the man who founded the Daily Mail has come up for sale in Kent. Penny Churchill reports.

The village of Benenden, near Tunbridge Wells, is the location of a grand old timber-framed property which has come up for sale: the Grade II-listed Old Manor House, listed via Knight Frank at £2.75m.

The original manor which once stood here is mentioned in the Domesday Book: Benenden was one of the possessions given by William the Conqueror to his brother, Odo, Bishop of Bayeux. This house doesn’t go back quite that far, of course: according to its listing, the original part of the present Old Manor House is the east wing, a late-15th-century, timber-frame Wealden hall house. 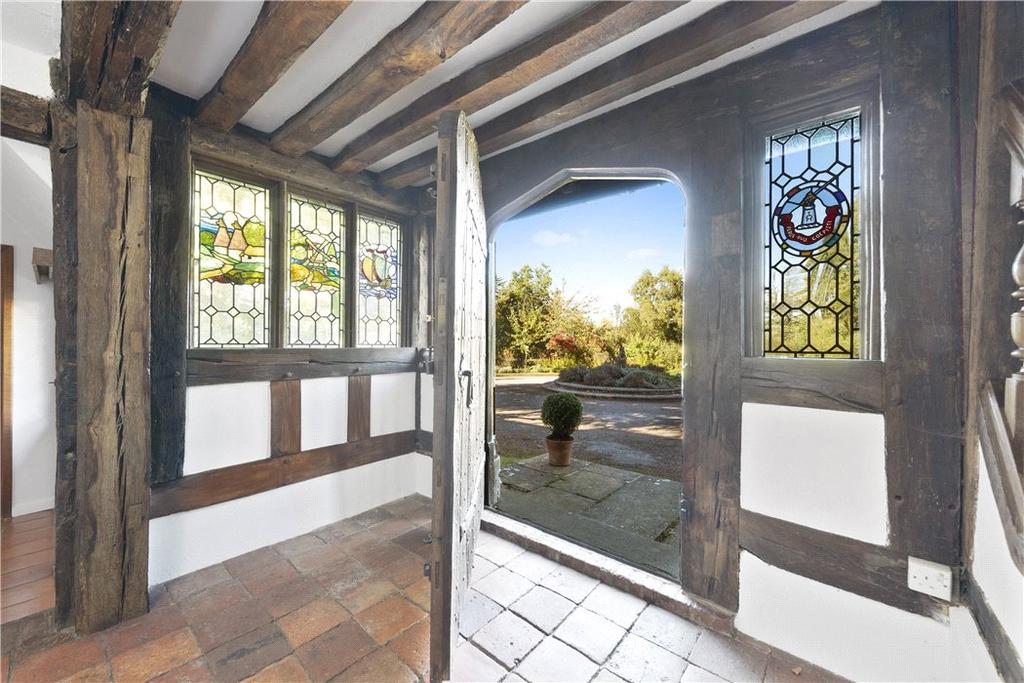 The house was re-fronted in the 19th century and restored in the 20th century, when the addition of a west wing created an L-shaped building designed to allow sunlight to flood the interior throughout the day. 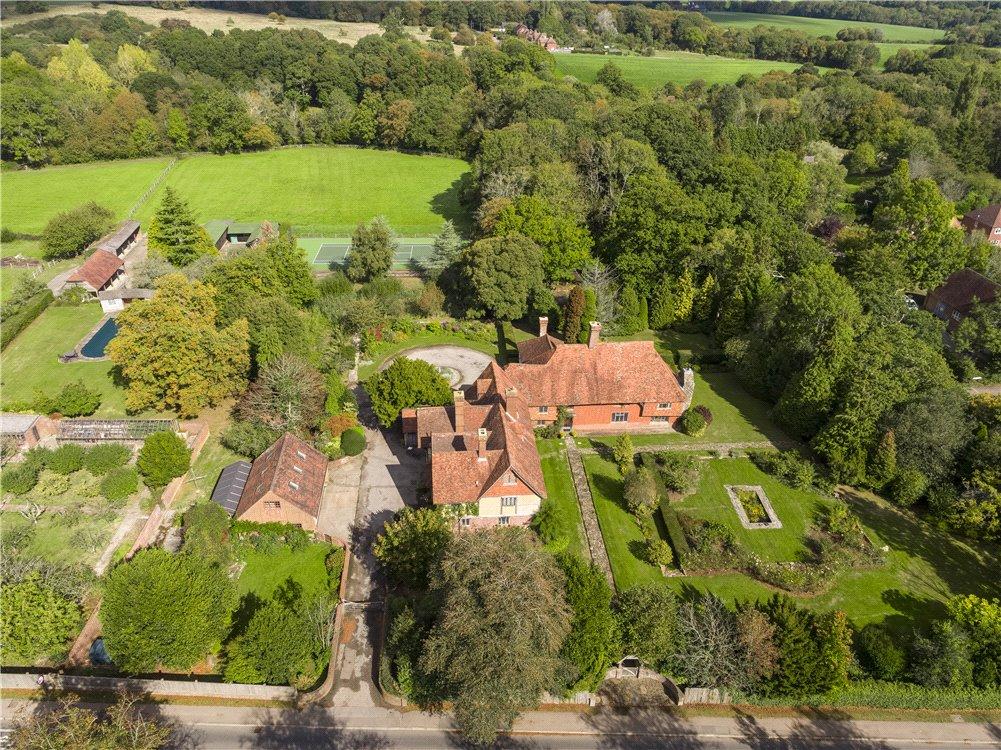 At the turn of the 20th century, the house was owned by Viscount Rothermere, founder of The Daily Mail.

After the Second World War, the rambling, 9,171sq ft building, nowadays set in 16½ acres in the middle of Benenden, was bought by Sir George Wigham-Richardson, who restored and recaptured the timeless beauty of the still partially moated manor. It remained with his family until 2004.

The formal front door opens to an imposing, wide principal staircase and onto the magnificent dining hall — the oldest part of the house, where exposed beams and archways emphasise its medieval character. 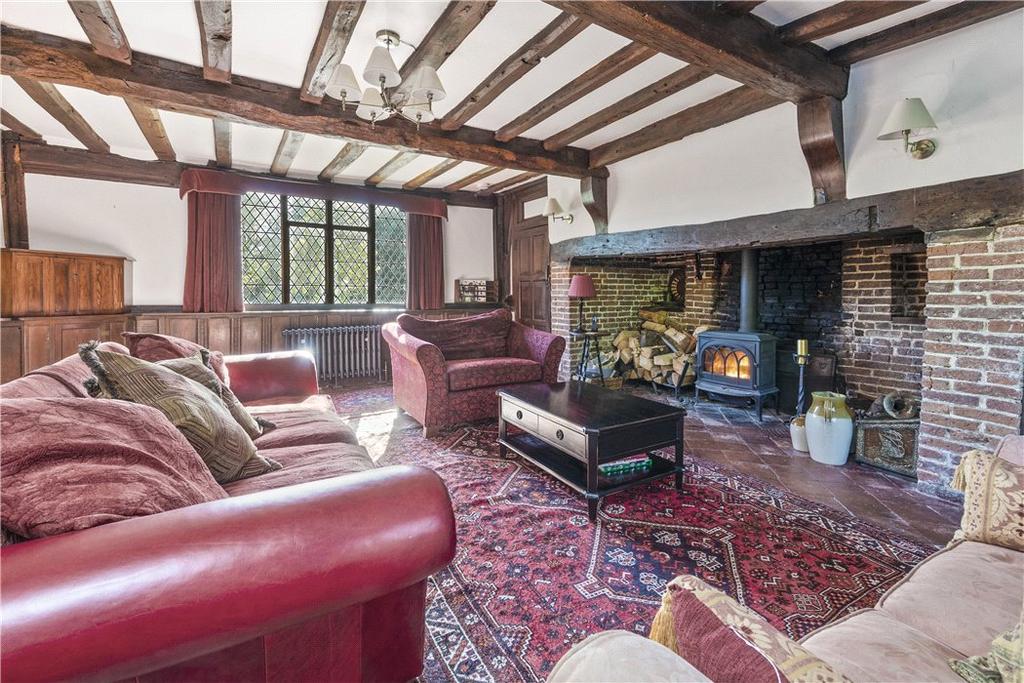 The dining hall with its extravagant ceiling mural leads into the drawing room with a vaulted high ceilings and minstrels’ gallery — a splendid entertaining space. 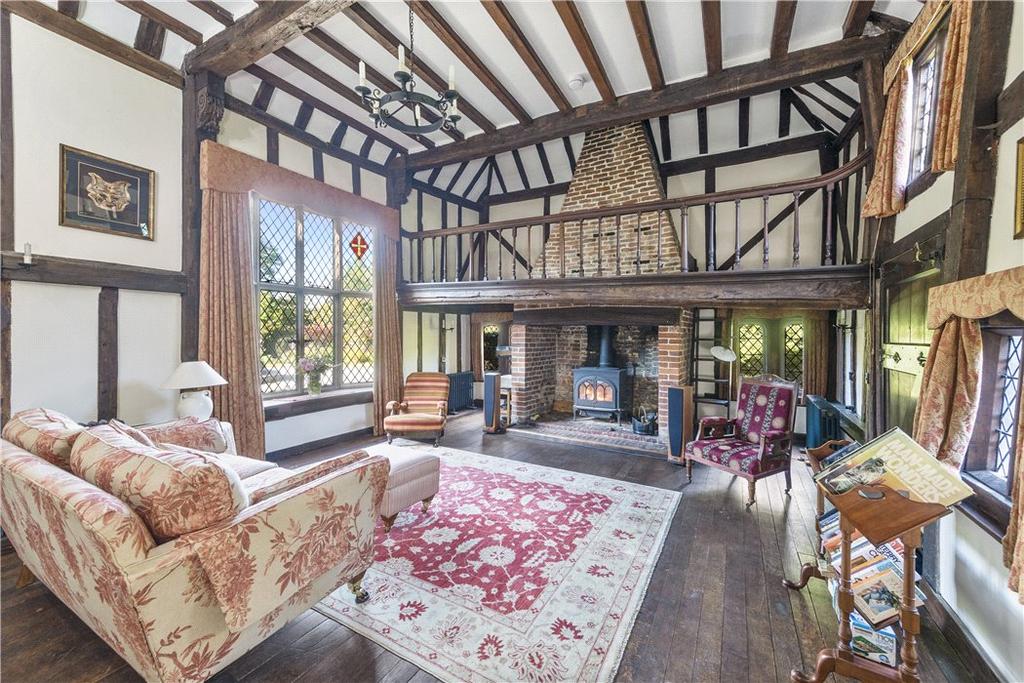 The first floor houses seven bedrooms and four bathrooms, with a separate staircase leading to further accommodation on the second floor, and a separate front door providing access to a two-bedroom annexe on two floors. 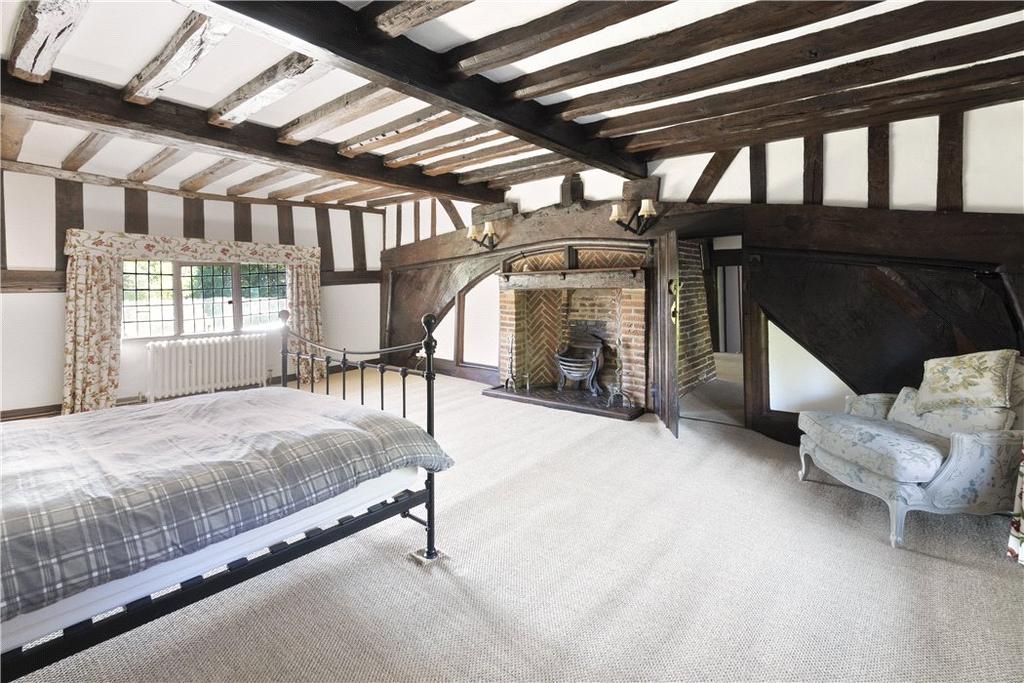 Outbuildings include 10 stables and a large barn and the grounds hold glorious formal gardens, a swimming pool and a tennis court. 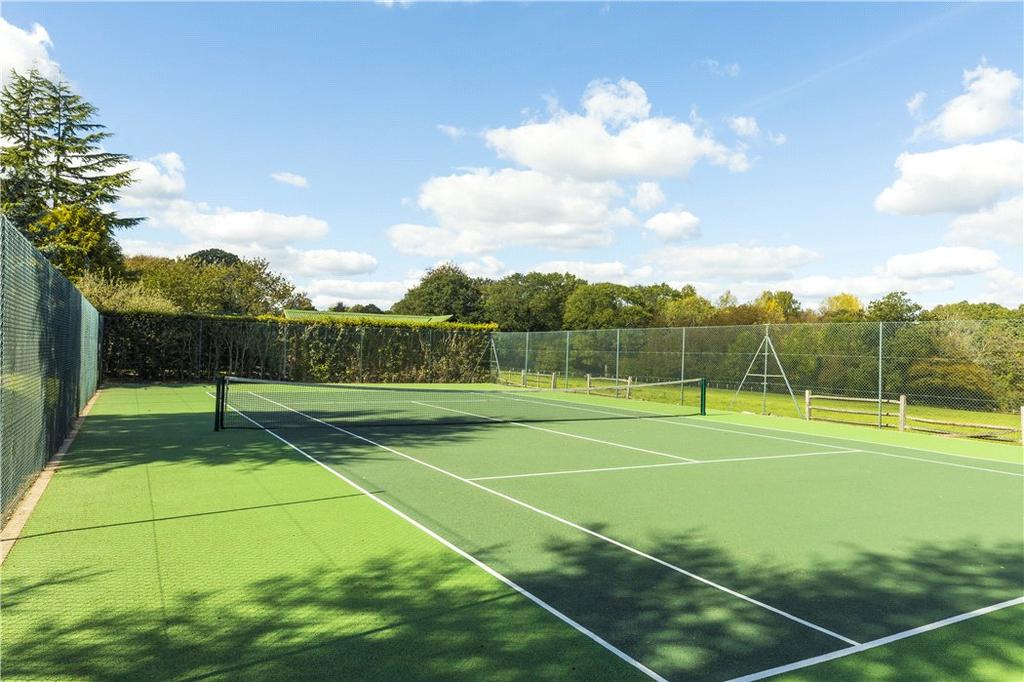 There are also paddocks, woodland and even a lake with an old boathouse — it’s a truly bucolic slice of England, and within an hour or so of the capital. 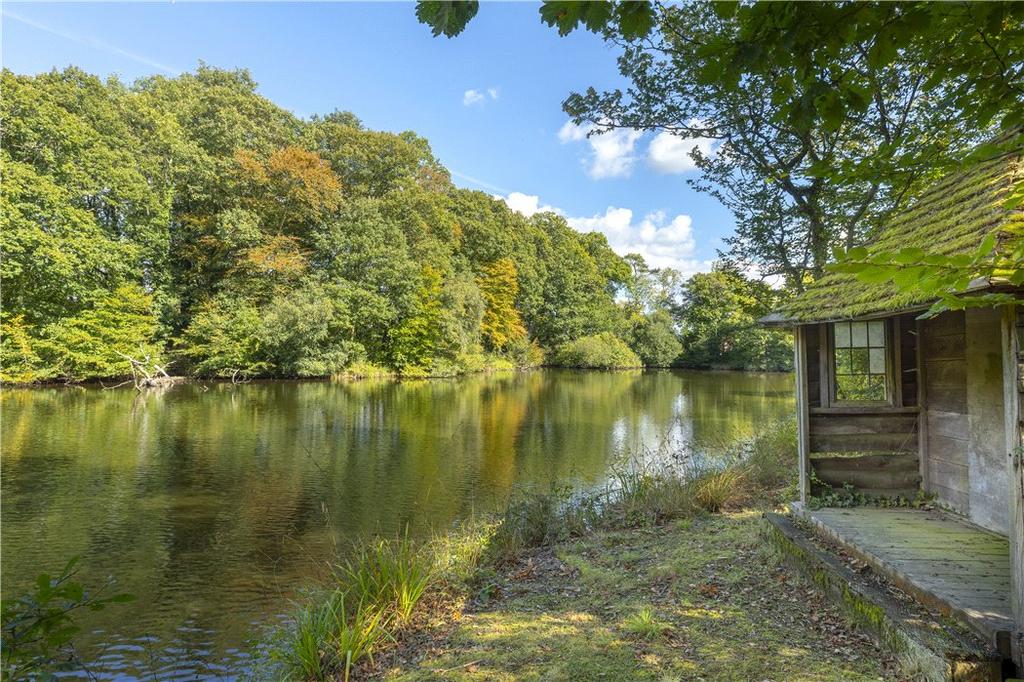 The Old Manor House is for sale via Knight Frank at £2.75 million — see more details and pictures.