Preston Place is an archetypal Cotswolds home that seems to have everything for someone looking to swap city for country, says Penny Churchill.

Village houses in the Cotswolds are increasingly sought after by buyers looking to combine the best of town and country within easy reach of London, and this outstanding recent entrant to the market will make those buyers sit up with interest.

Anthony Coaker of Savills in Cirencester is handling the sale, for the first time since 1986, of charming, Grade II-listed Preston Place in the rural village of Preston, two miles from Cirencester and six miles from Kemble station — a 74-minute train-ride from London Paddington. 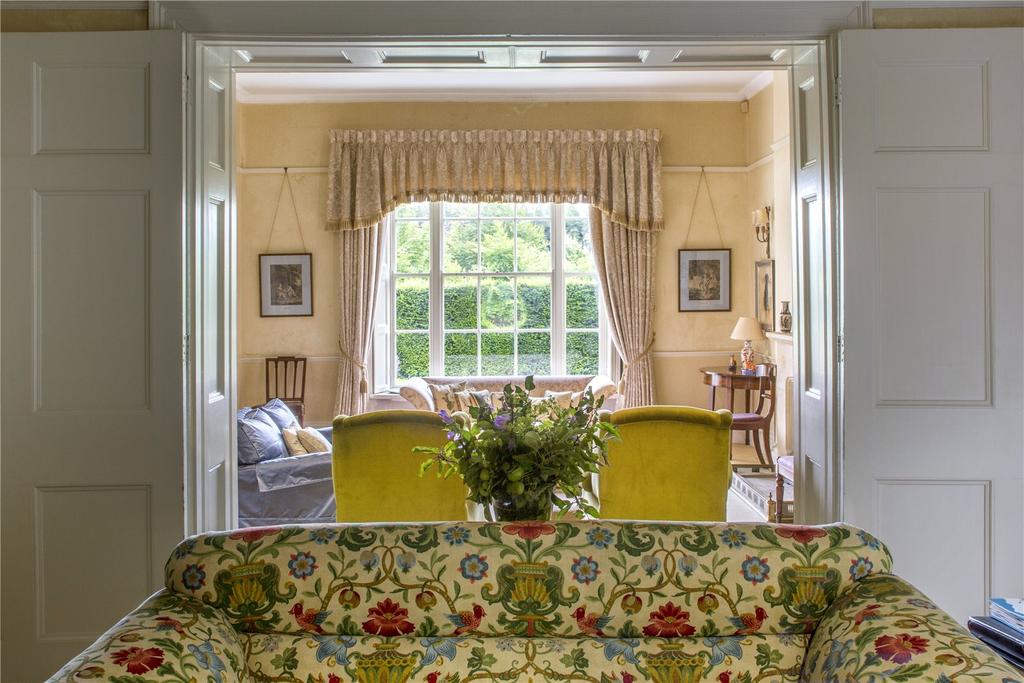 Savills quote a guide price of £3m for the house, originally a vicarage built by William Bridges of Cirencester in 1818, which stands next to the church of All Saints in the centre of the village. 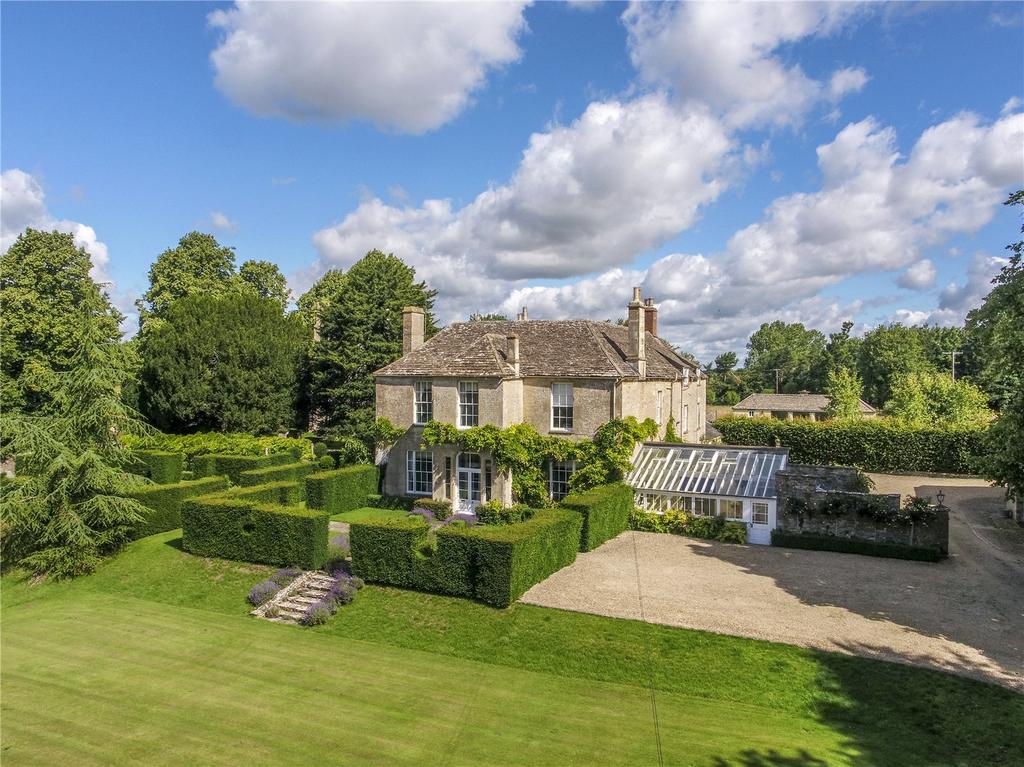 Approached through a set of stone gates up a gravel driveway, Preston Place stands in 2½ acres of beautiful gardens and grounds that include a swimming pool and pool house which look as if they’ve been shipped lock, stock and barrel from a Tuscan villa. There is also an astro-turf tennis court and a productive vegetable patch. 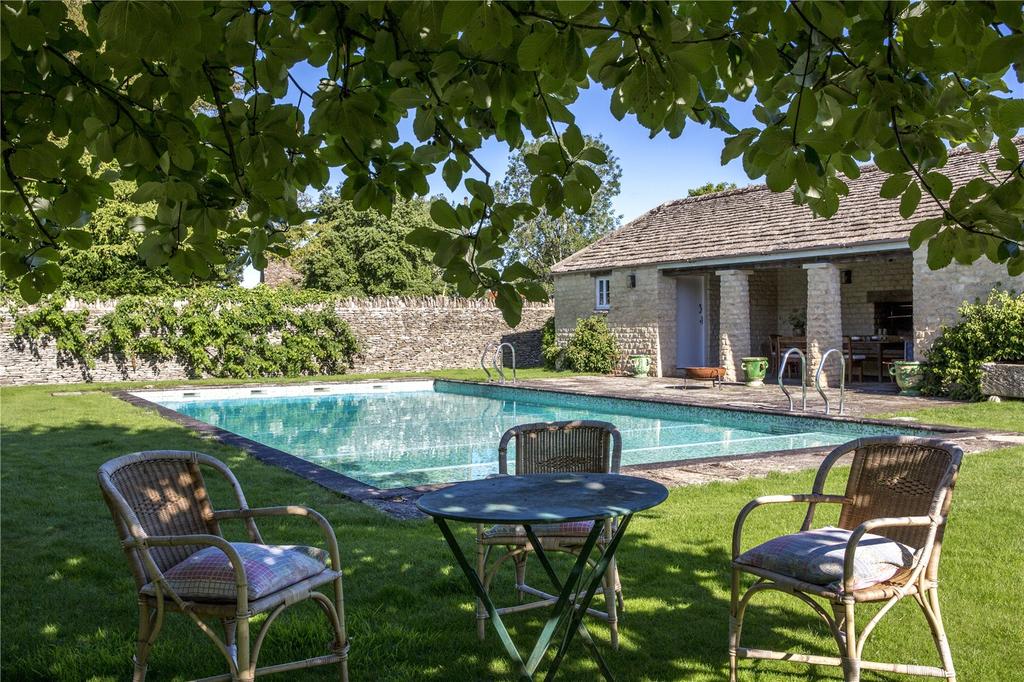 The first floor of the coach house has been converted into a large flat with an open-plan kitchen/living area, a bedroom and bathroom, and two garages and the original stables below. 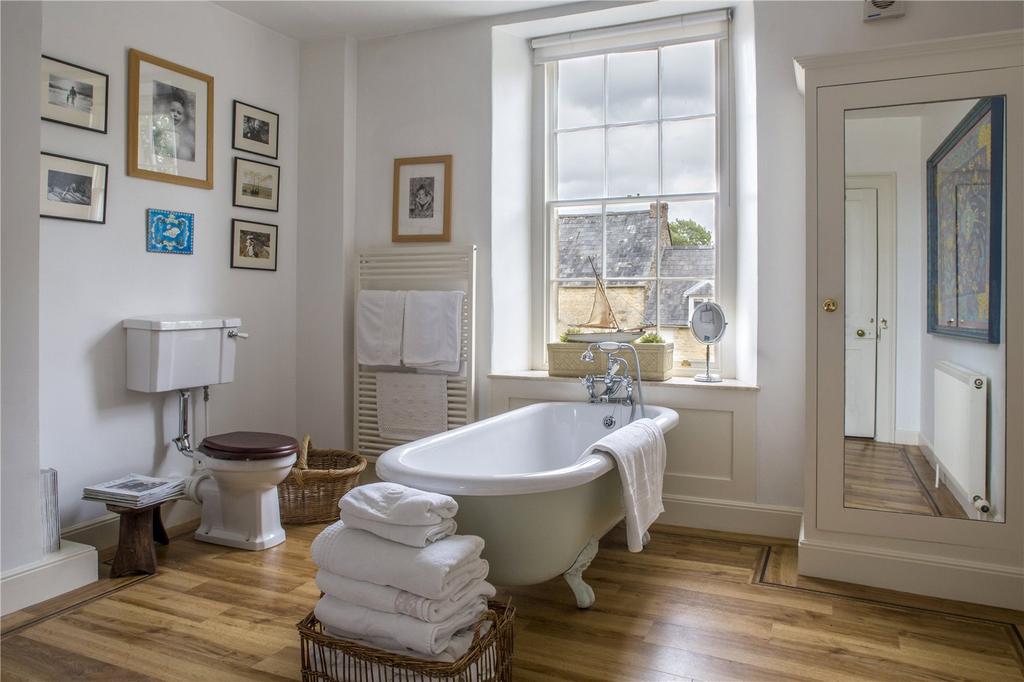 The classic, late-Georgian main house has been carefully maintained throughout, with the addition of a new kitchen in recent years. 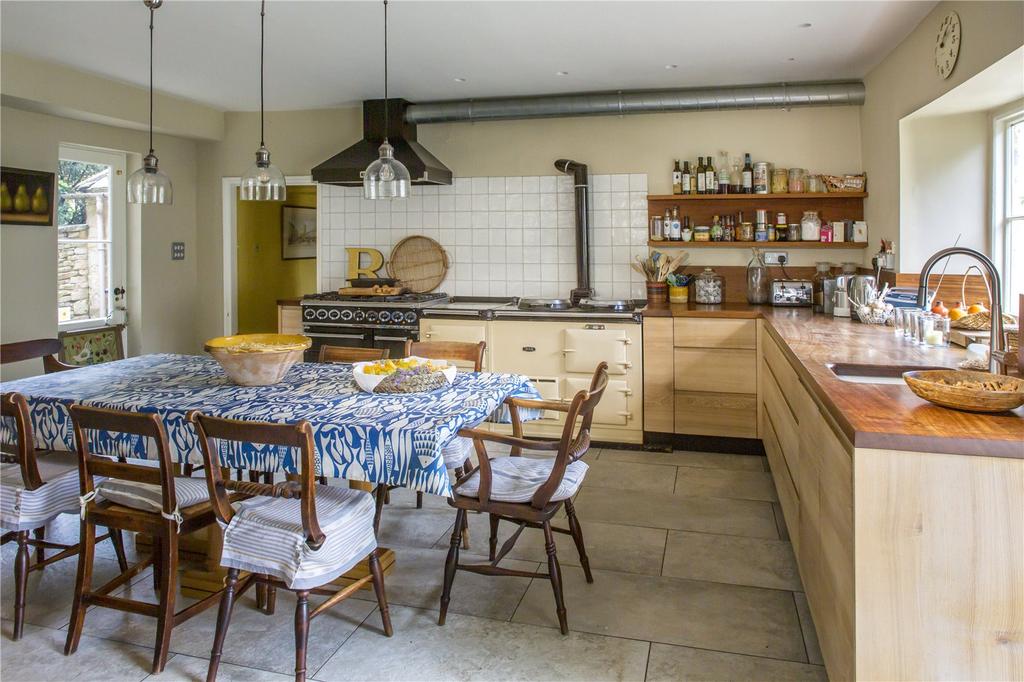 That kitchen is quite a selling point. It’s the obvious hub of the house and beautifully done, with hand-made units from Stroud furniture makers and a four-door Aga as well as a gas range cooker. Leading on from the kitchen there is a large larder, snug, boot room and laundry room — exactly the sort of things that buyers moving out from the city won’t be used to, and will surely grow to love. 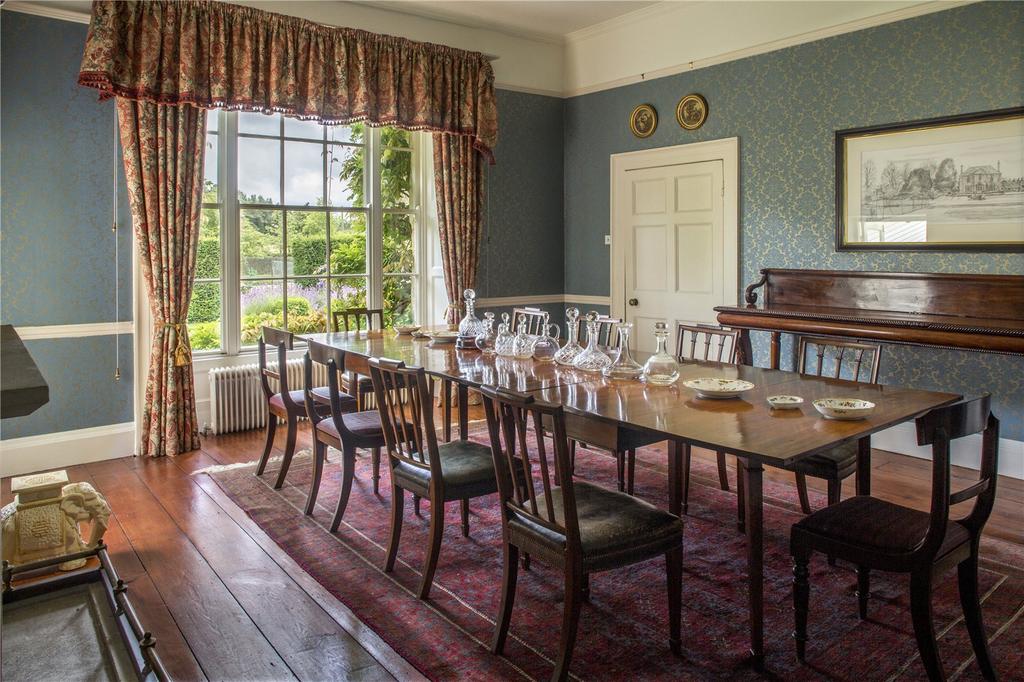 In all, it offers 6,275sq ft of light, well-proportioned living space on three floors, including three main reception rooms, a garden room, snug and kitchen, with a spacious principal bedroom suite, three further bedrooms and two bathrooms on the first floor, and two double bedrooms and a bathroom on the second.

Preston Place is for sale via Savills at £3 million — see more details and pictures.

The architecture of the Cotswolds is almost intrinsically linked to popular conceptions of the English country village. Clive Aslet considers