Our property editor Annunciata Elwes rounds up eight beautiful Cotswolds townhouses, that will make you the talk of the town in this sought-after area. 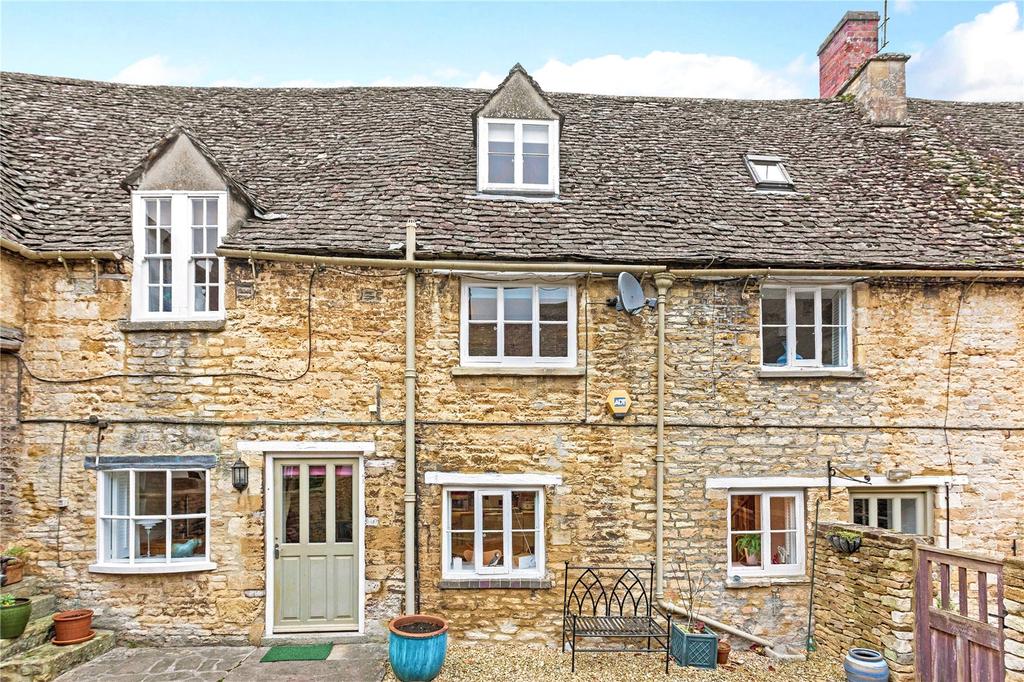 In a courtyard setting, tucked away off Burford’s Lower High Street, this charming three-storey Grade II-listed house has exposed timber frames and a vaulted ceiling. There are three bedrooms and the property is accessed through a passageway off the High Street. On the market with Jackson-Stops & Staff – see more pictures and details.

‘One of the outstanding architects of the day,’ according to Nikolaus Pevsner, ‘John Wood the Elder, who designed handsome 17, Gay Street, was also responsible for the city’s St John’s Hospital, the North and South Parades and The Circus.’ 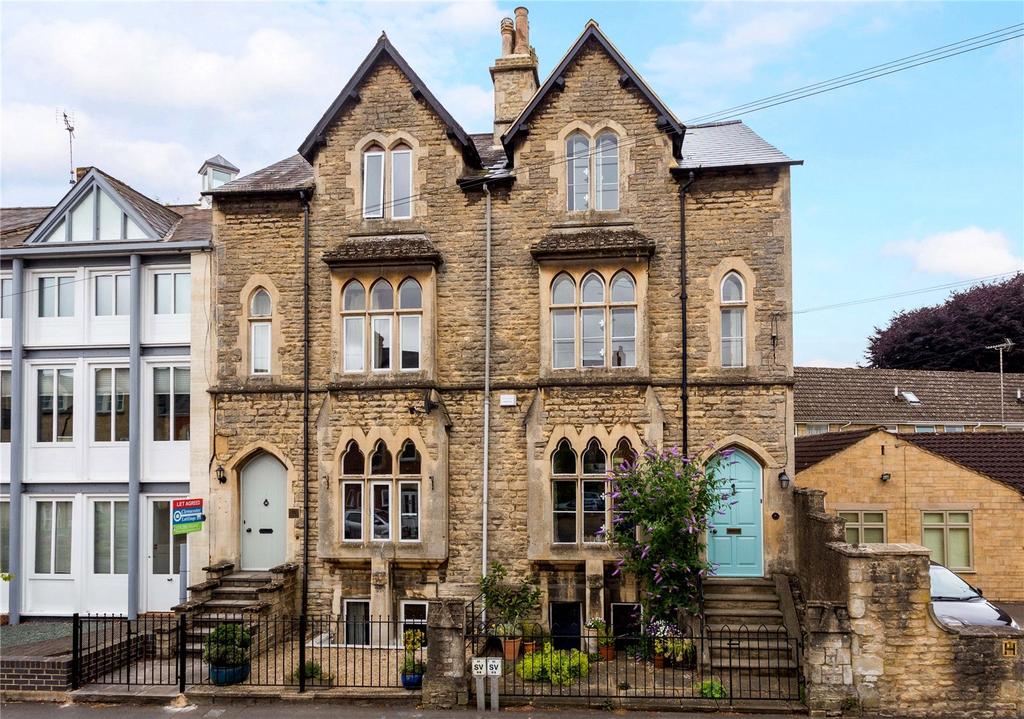 The striking bay windows of this town house, on Victoria Road, feature stone mullions and trefoil arches in the Victorian-Gothic style; they echo the lancet-arched front doorway. There’s also a lovely garden, four bedrooms and three reception rooms and, arranged over four floors, the house is flooded with light.
On the market with Humberts– see more pictures and details.

Right on the edge of the Cotswolds, the Georgian town of Woodstock has so much more to it than Blenheim Palace. Two-bedroom Charleston House, on Oxford Street, has been beautifully refurbished, with working fireplaces and a pretty cabin-style studio in the back garden.
On the market with Flowers Estate Agents – see more pictures and details.

With five bedrooms, Grade II-listed terraced Church House has the classic yellow Cotswold look. It dates from the 1830s, has high ceilings, an Aga, a garden and eaves storage and is close to the centre of town.
On the market with Strutt & Parker – see more pictures and details. 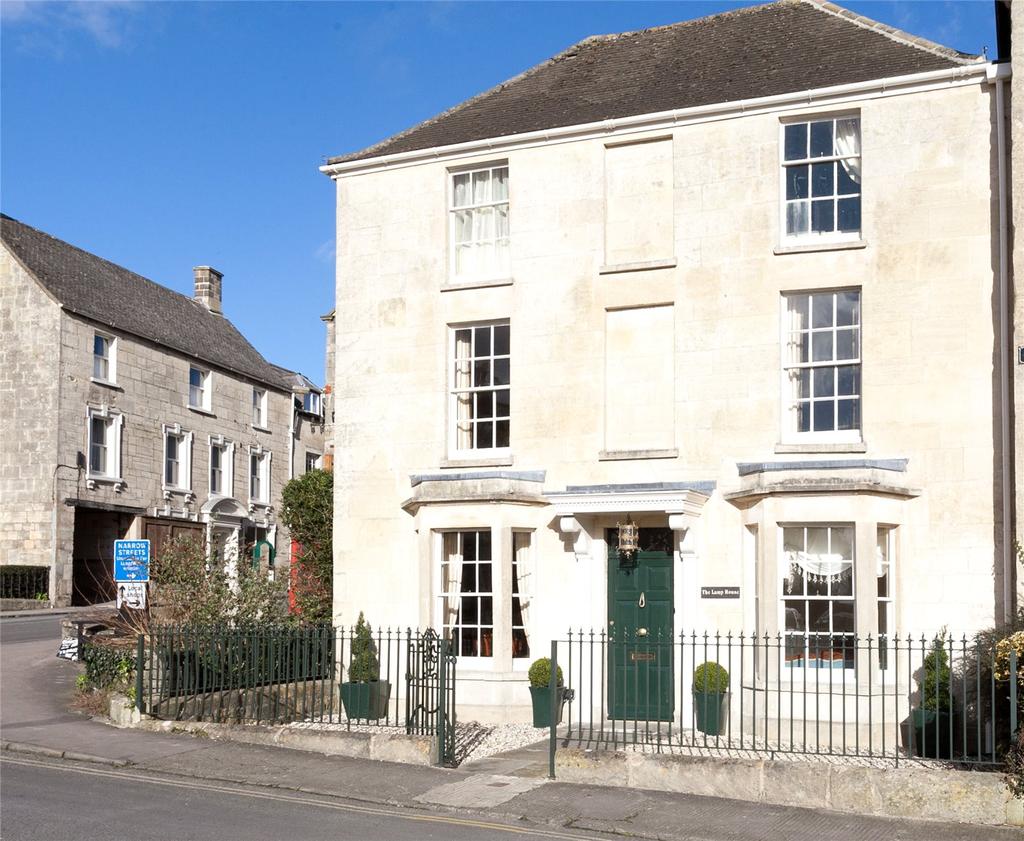 This Grade II-listed Georgian home built from Painswick stone is called The Lamp House. It was formerly a hotel, but has been beautifully renovated and features a wine cellar and four bedrooms.
On the market with Savills– see more pictures and details. 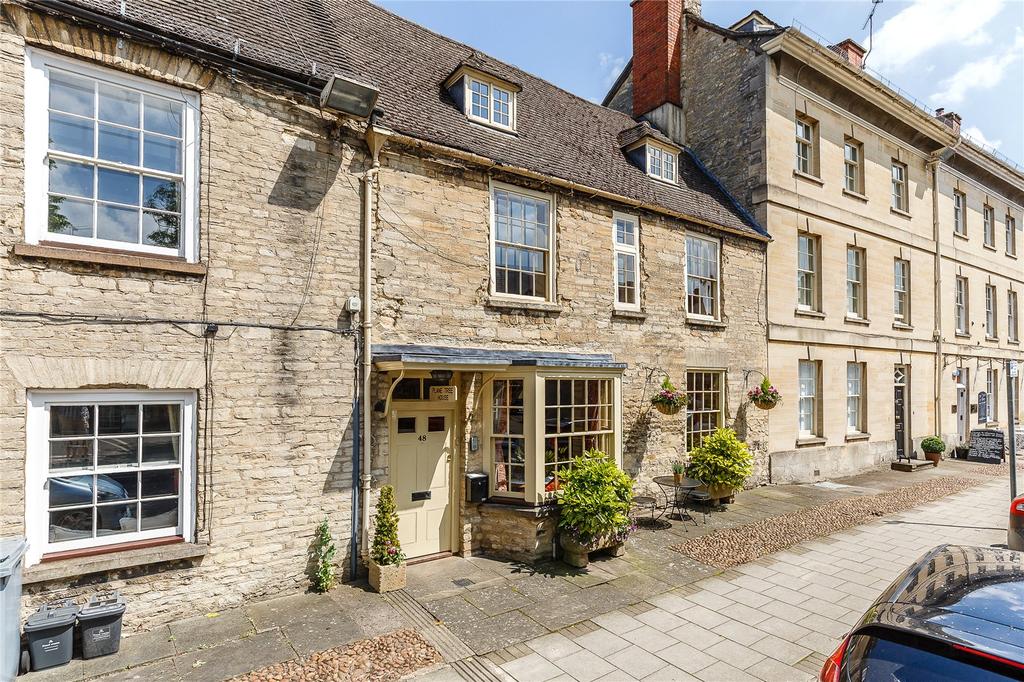 Deceptively large, seven-bedroom Plane Tree House, in the heart of Woodstock, can be used as two separate dwellings or one large property. The main house is built of Cotswold stone and has been used by the current owners as a guest house. To the rear of the main house there is a converted barn, the first-floor sitting room of which has a vaulted ceiling and exposed beams throughout.

At the rear of the property, there is a courtyard leading out to a pretty lawned area. All Woodstock residents enjoy free access to the Blenheim Palace estate.
On the market with Strutt & Parker – see more pictures and details. 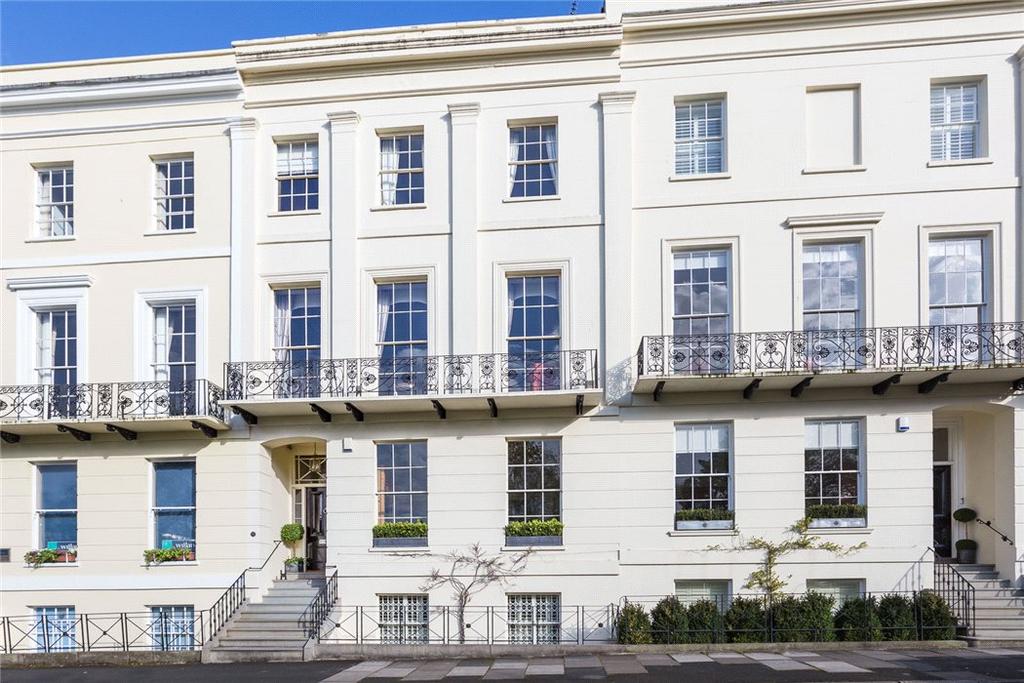 This stylish and beautifully presented property is right on Imperial Square in the very heart of Cheltenham. It’s a beautiful building inside and out, with sash windows, an ornate wrought iron balcony to the first floor and raised terrace to the rear with lovely views of the city.
On the market with Knight Frank – see more pictures and details.

The cream of the Cotswolds.