The tennis season is well and truly with us and Wimbledon is only a week away — with that in mind, we've taken a look at the prettiest houses with tennis courts for sale in Britain today. 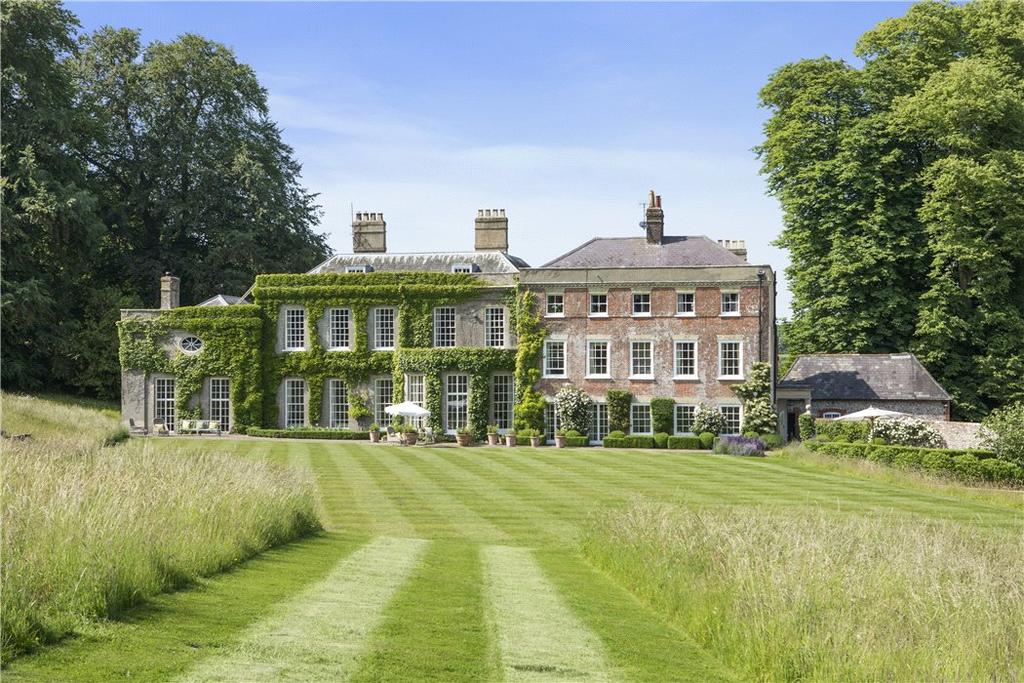 Findon Place, near Arundel, has sat at the foot of the South Downs since the early medieval period. 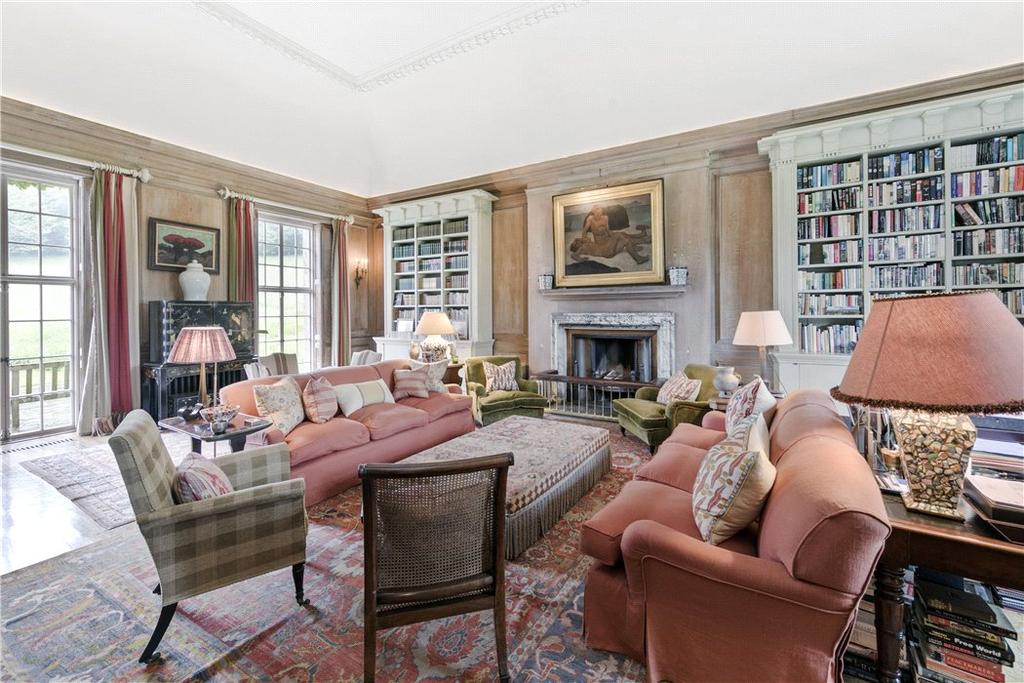 Mentioned in the Domesday Book, the estate was given to William de Braose after the Norman Conquest. Today, the Grade II*-listed house owes much to an 18th-century remodelling, which gave it its façade and the fine interiors typical of the Georgian era. 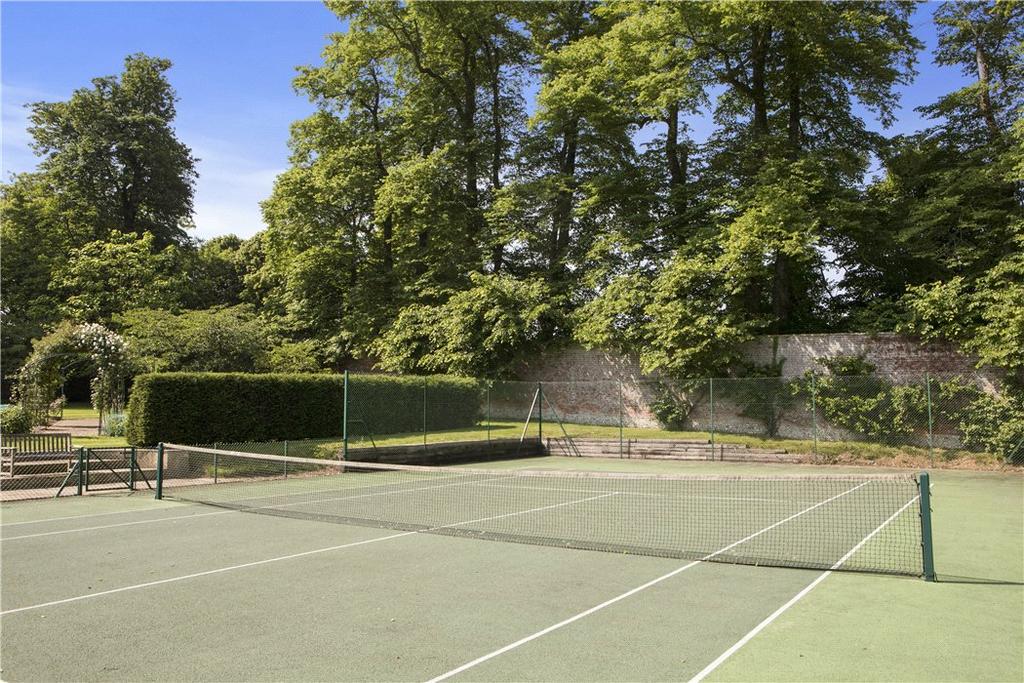 The 52-acre grounds include a swimming pool, equestrian facilities and a tennis court. There’s also a billiard room — just in case it rains. But when does that ever happen in a British summer?

Thought to date from the early 20th century, Satwell’s Barton, in Satwell, close to Henley-on-Thames, spans more than 10,000sq ft of elegant interiors, with notable features such as a marble Jetmaster open fire in the sitting room, American-black-walnut flooring in the dining room and a vast kitchen with an Aga.

Additional accommodation is available in the three-bedroom coach house. The 19.5-acre grounds include a walled garden, equestrian facilities, a swimming pool and a recently resurfaced hard tennis court. The latter is painted in an attractive and rather unusual blue, so while it’s not quite Wimbledon you can at least pretend you’re taking part in the Australian Open. 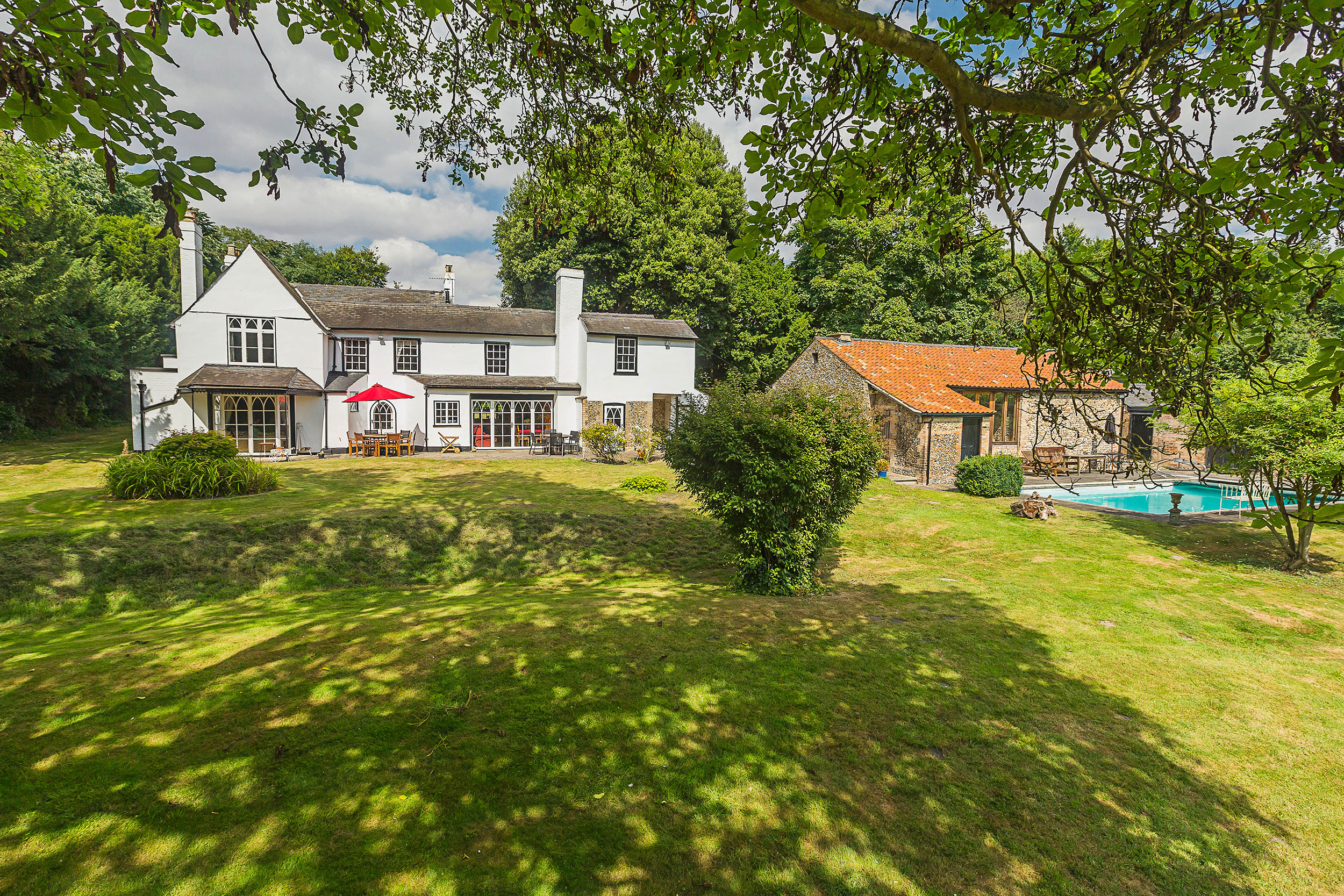 The home of former professional player Nick Brown, who was ranked number two in the UK in 1989 and has coached Tim Henman, among others, The Old Vicarage, in Abington, is predictably well equipped for tennis. 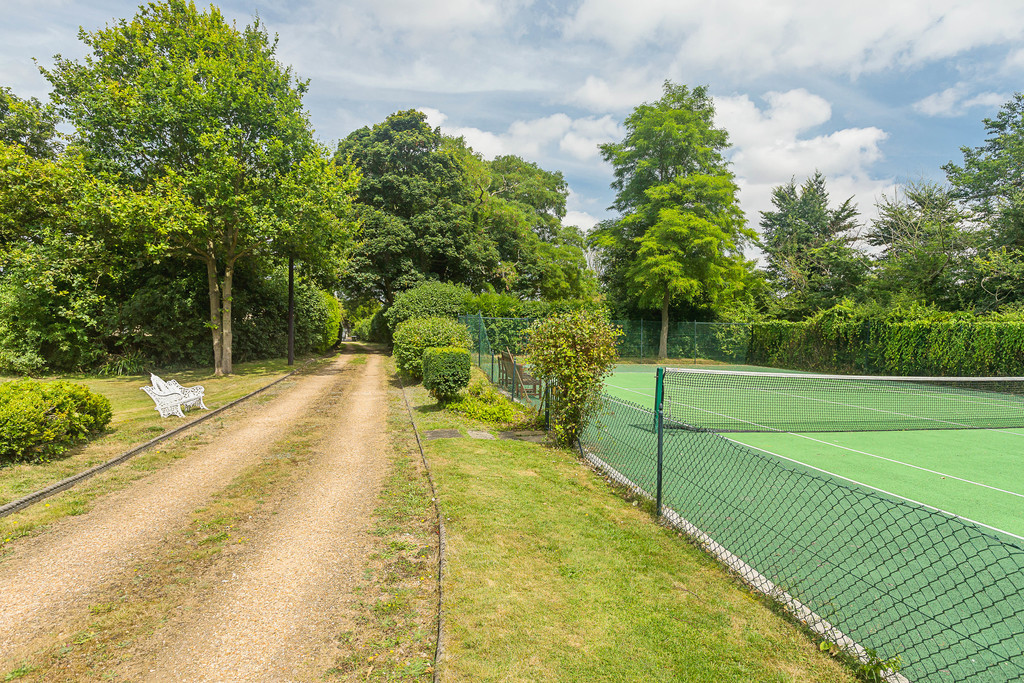 The six-bedroom, Queen Anne house comes with a hard tennis court, an outdoor pool, a gym, a sauna and hot tub. The landscaped grounds, which extend to 2 1⁄2 acres, also include a one-bedroom annexe.

For sale with Cheffins. See more pictures and details about this property.

Perched high on the western edge of the village of Market Overton, Grade II-listed The Old Rectory affords long country views. The six-bedroom house originally dates from 1858 and has many interesting details, especially a cupola above the central staircase in the inner hall. 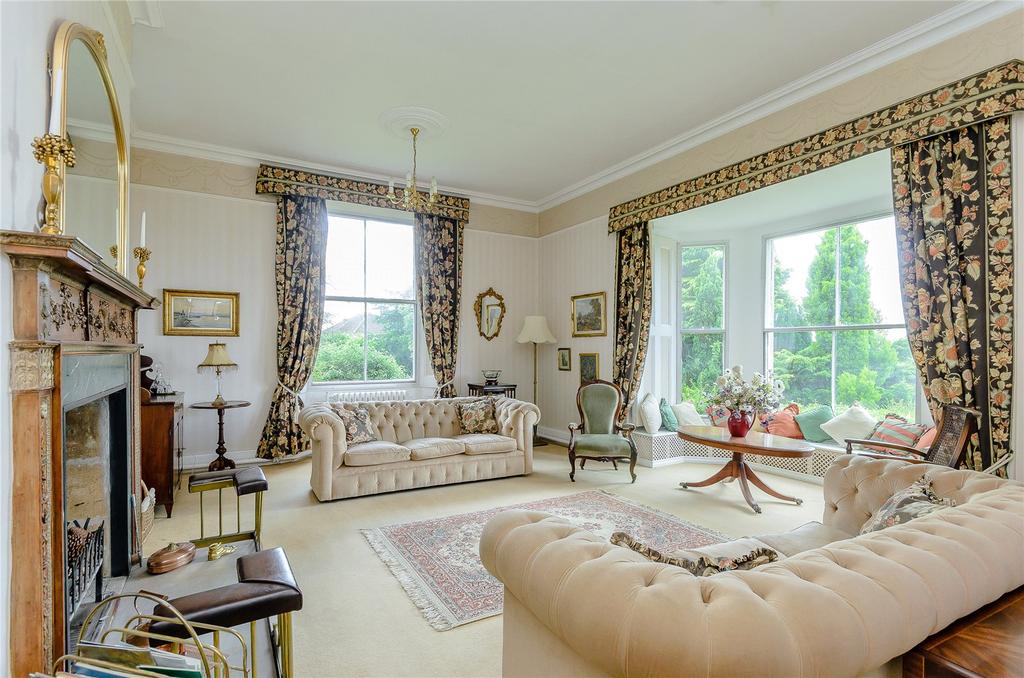 However, the most intriguing feature is tucked away in the garden: it’s an earth bank that’s thought to be a former Roman rampart. The six-acre grounds are also home to many fruit trees, a swimming pool and a hard tennis court. 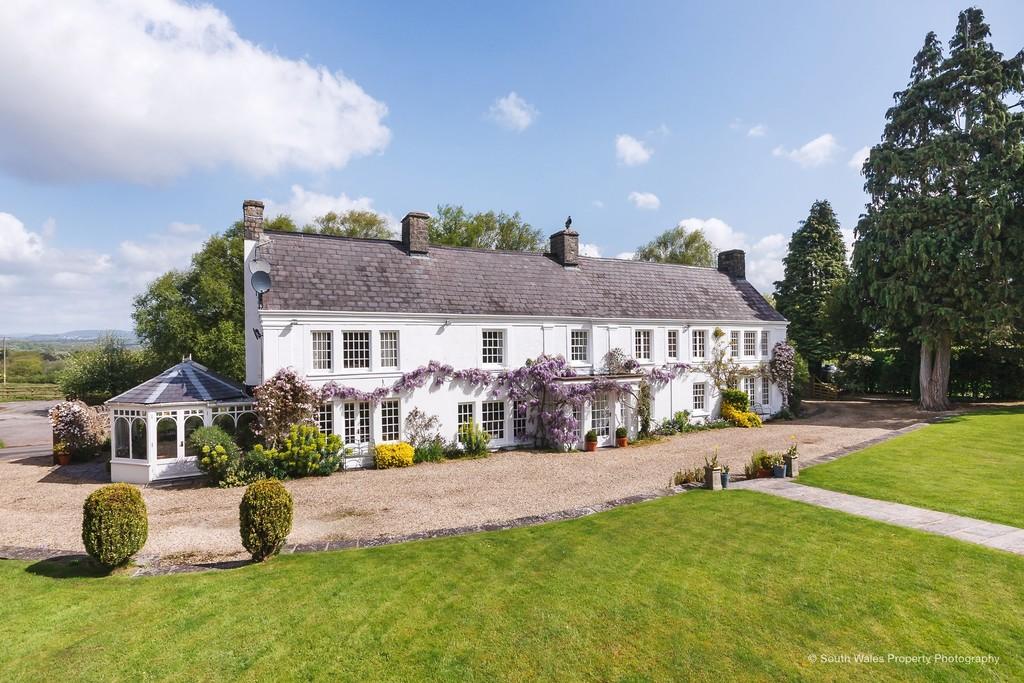 Trehedyn House, the village of Peterston-Super-Ely, just nine miles from Cardiff, stands in 13 1⁄2 acres, which include beautifully landscaped, French-inspired gardens, a swimming pool, a paddock and an ancient arboretum. 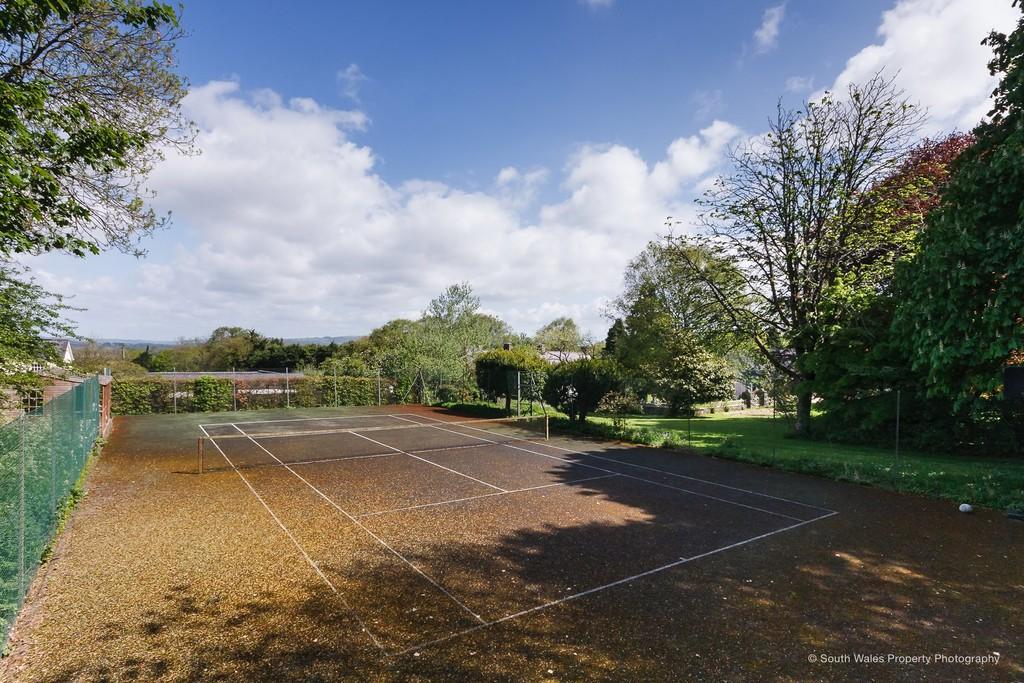 Many of the rooms — particularly the master bedroom — enjoy fine views of the grounds. A converted three-bedroom coach house provides ancillary accommodation or a rental opportunity. A tarmac-topped tennis court and timber pavilion sit at the western edge of the property.

For sale with Watts & Morgan. See more pictures and details about this property.