‘I will raise up his ruins, I will build as in the days of old.' True to the motto inscribed on its gateway, Waddington Old Hall, which provided refuge to Henry VI, has been beautifully restored.

Shrewd investment in South African gold mines funded John Waddington’s restoration, in 1899–1901, of historic Waddington Old Hall on the banks of the Ribble, near Clitheroe, in what was then the West Riding of Yorkshire and is today Lancashire. Further restored and embellished by successive owners, the hall is now for sale through the Harrogate office of Strutt & Parker at a guide price of £4.25 million. 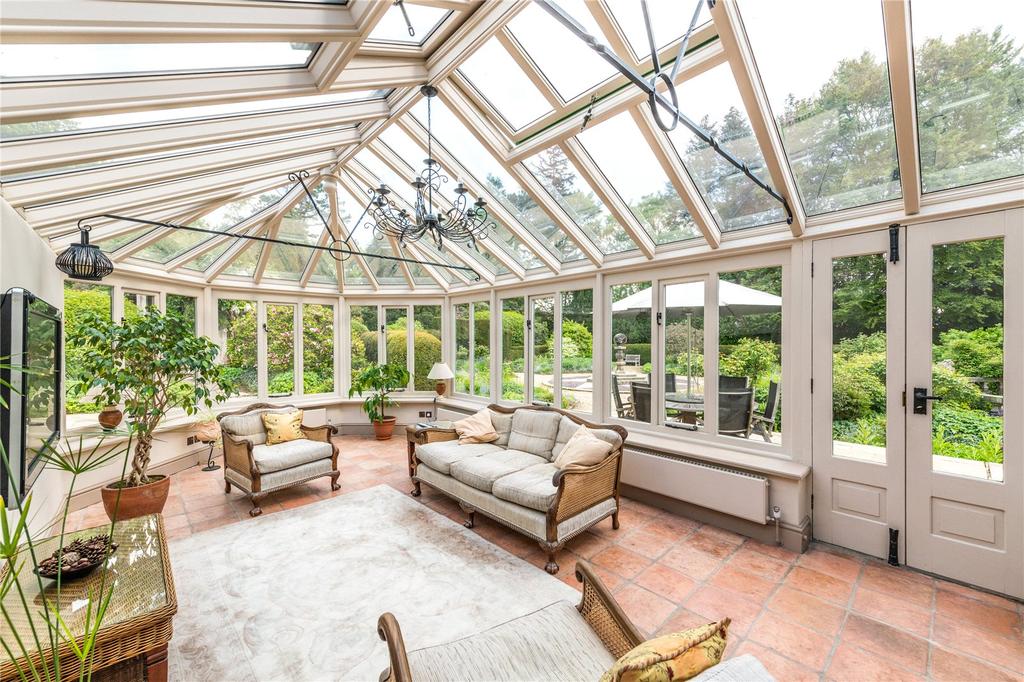 The pretty village of Waddington nestles between the southern edge of the Forest of Bowland AONB and busy Clitheroe, a market town that boasts one of the smallest Norman keeps in Britain. 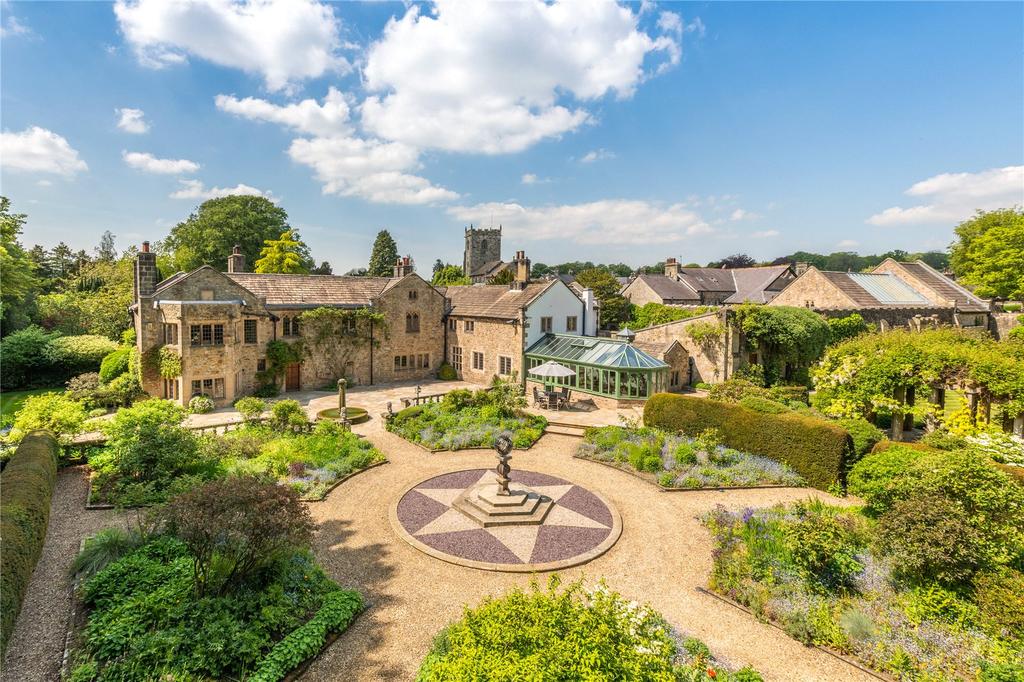 Discreetly tucked away at the heart of the village, surrounded by more than two acres of beautifully landscaped gardens and grounds, Waddington Old Hall, listed Grade II, is one of the oldest houses in the area and is best known for its links with the unfortunate Henry VI, the last king of the House of Lancaster. He took refuge there in 1465, a year after his defeat at the Battle of Hexham, during the first phase of the Wars of the Roses. 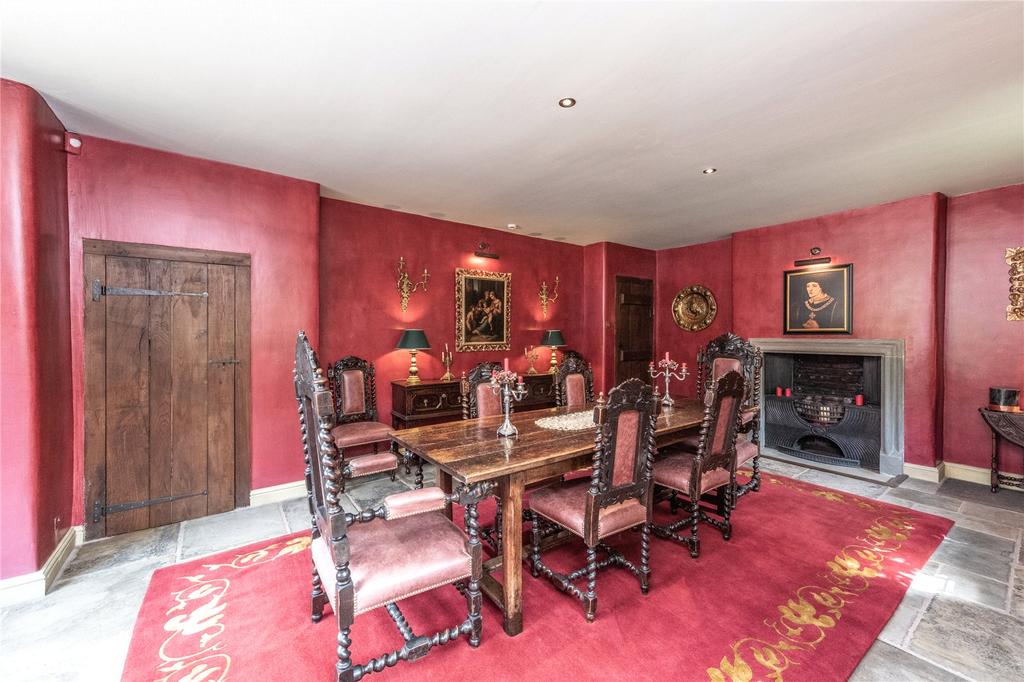 The Tempest family were lords of the manor of Waddington for 300 years from the early 1300s, having inherited it through the marriage of their ancestor, Sir Roger Tempest, to Alice, the daughter and heiress of Walter de Waddington. 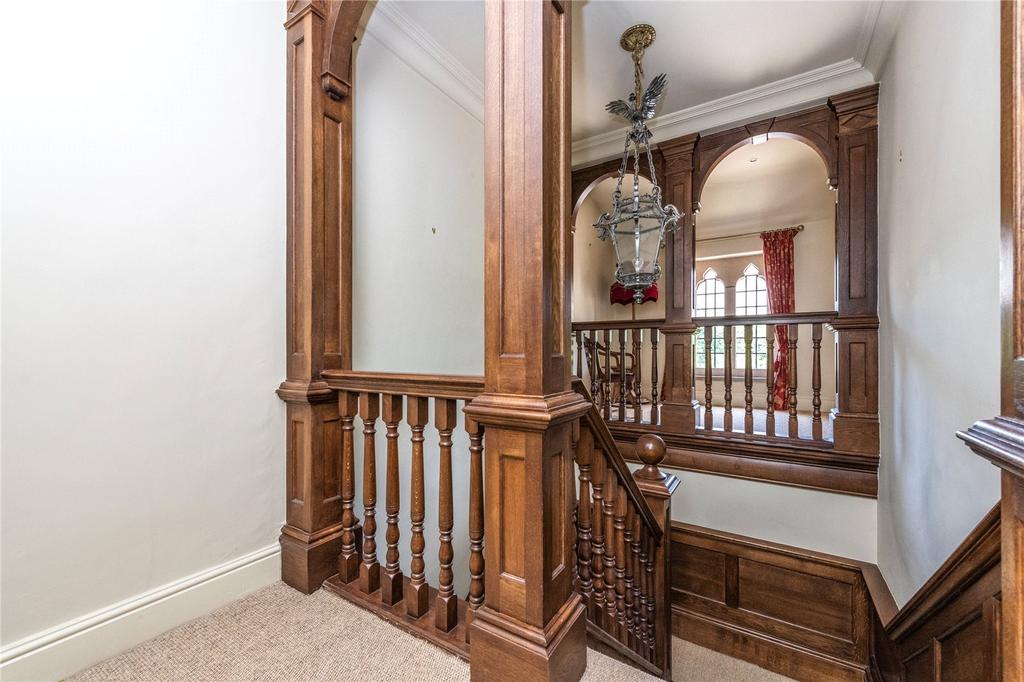 Henry’s host at Waddington was Richard Tempest, a Lancastrian supporter, whose brother, Sir John, was loyal to Henry’s cousin and rival, the Yorkist Edward IV. Henry hadn’t been long ensconced at the hall when he was recognised by‘a black monk of Abingdon’, who informed Sir John of the fugitive king’s presence. 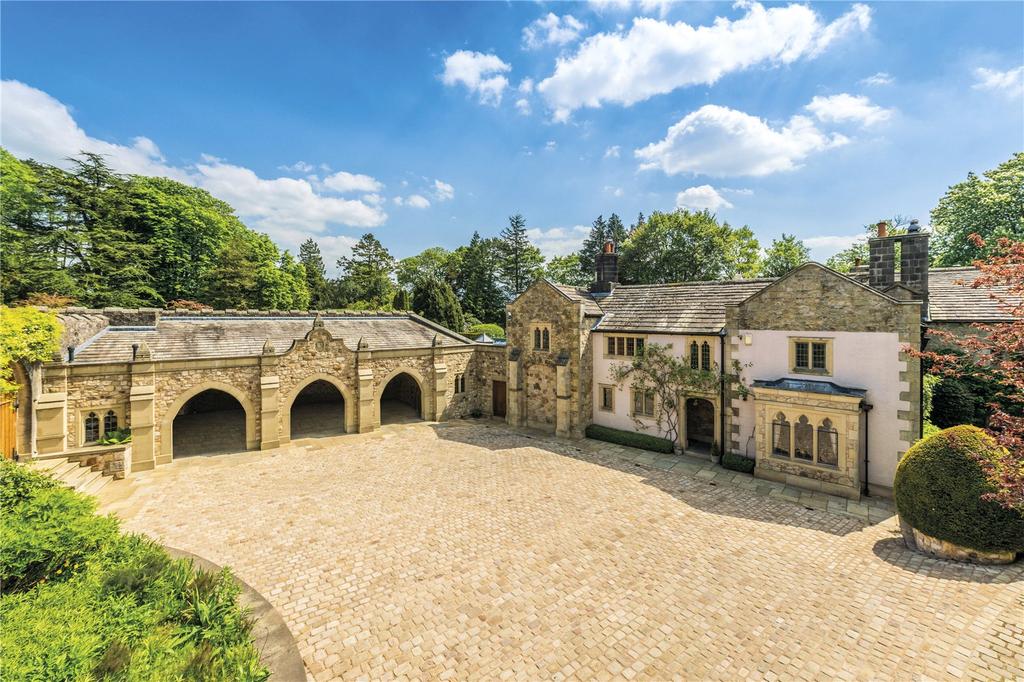 According to Warkworth’s Chronicle (1473), the king was quietly seated at dinner in company with Dr Thomas Manning, Dean of Windsor, when a group of armed men, led by Sir John’s son-in-law Thomas Talbot and others, burst in on them. 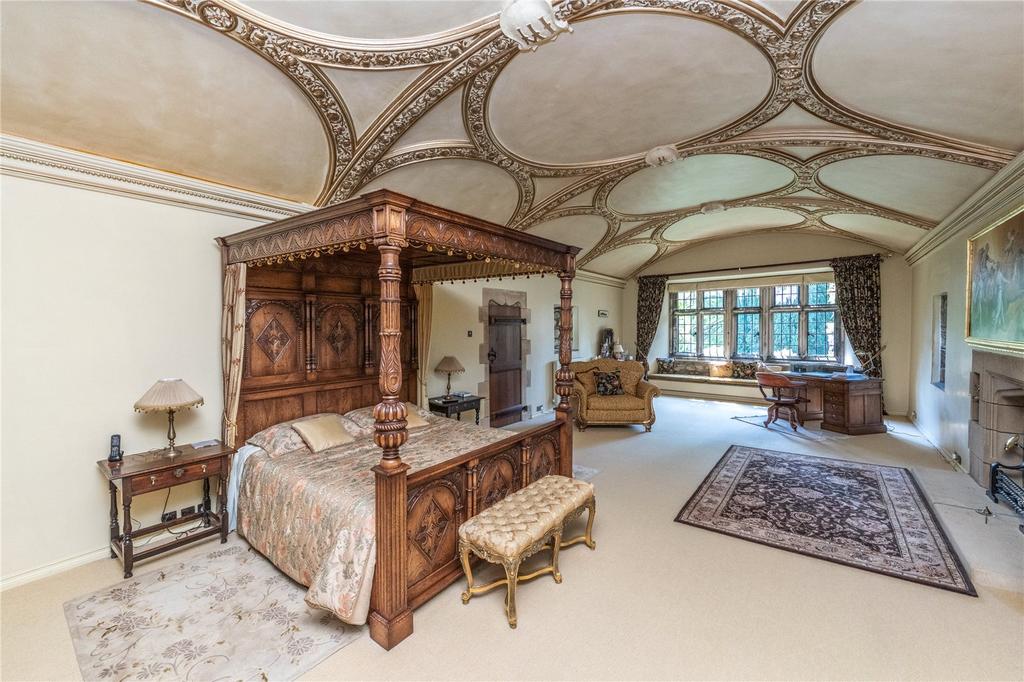 Henry managed to escape up a secret staircase and out through the mullioned window of what is still known as ‘the king’s room’, before crossing the Ribble via the stepping stones, where he was caught by his pursuers. The following day, on horseback, with his feet tied to the stirrups, the royal prisoner was ‘thus disgracefully conveyed to the Tower of London’. 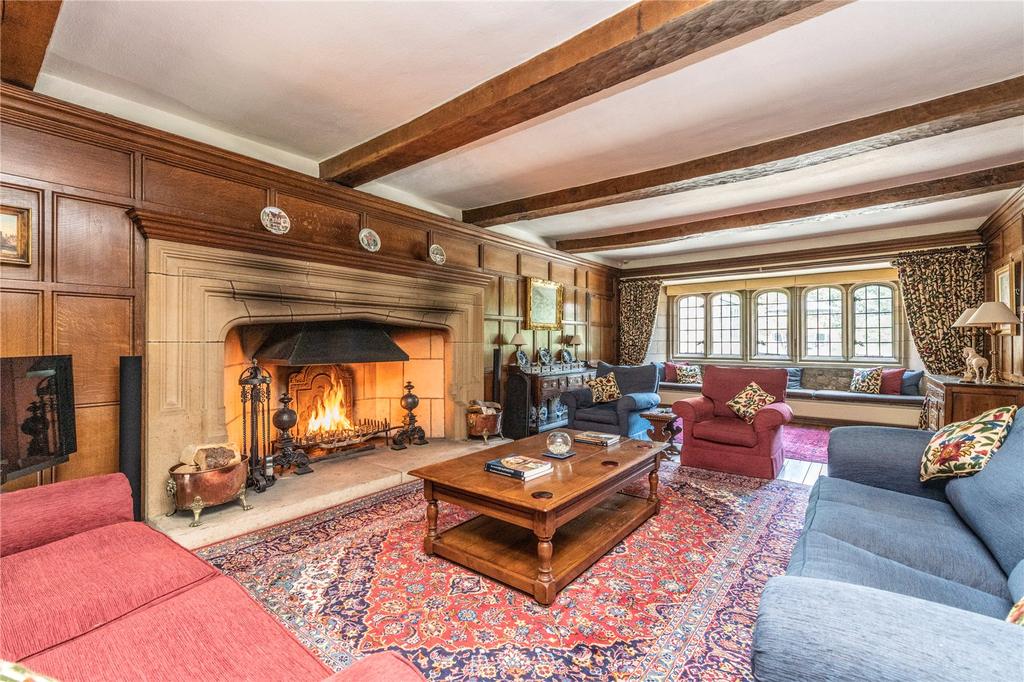 Ensuing centuries saw a decline in the status of Waddington Old Hall, which sank to the level of a lowly farmhouse. An extract from An Illustrated Itinerary of the County of Lancaster, published in 1842, describes a scene of ‘meanness and dirt, cows and cow-houses, dogs and stables, with shattered implements of husbandry… 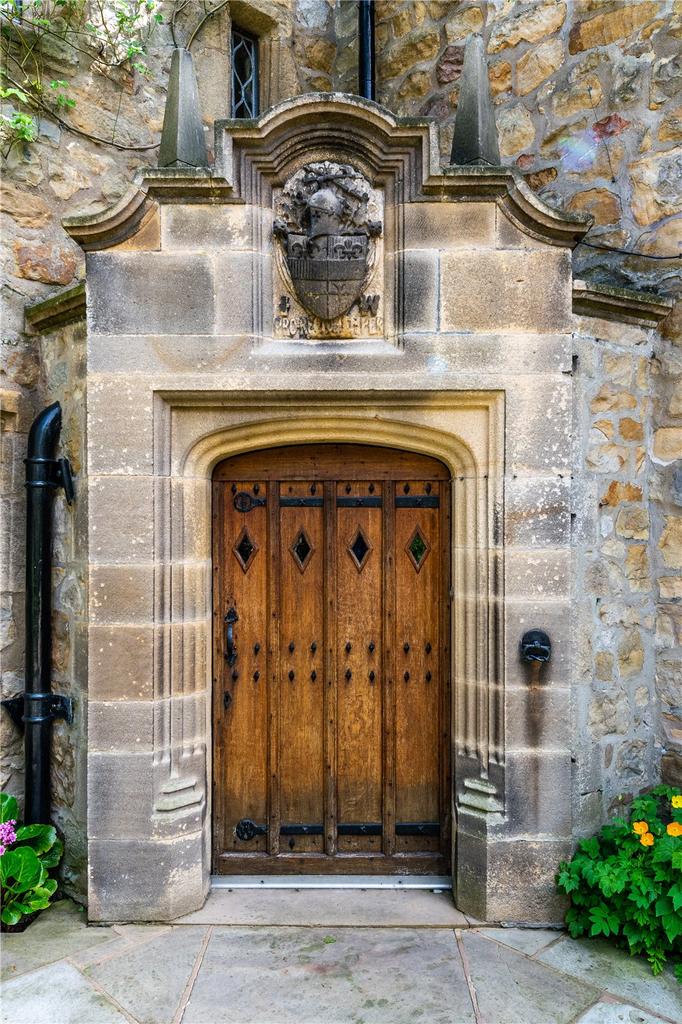 ‘The king’s room, however, has an old oak floor, the walls are very thick, “Henry’s staircase” is narrow and winding, built of stone… A stone coffin stands at the back door, the rudeness of whose masonry not unaptly corresponds with the actual condition of this perishing edifice’. 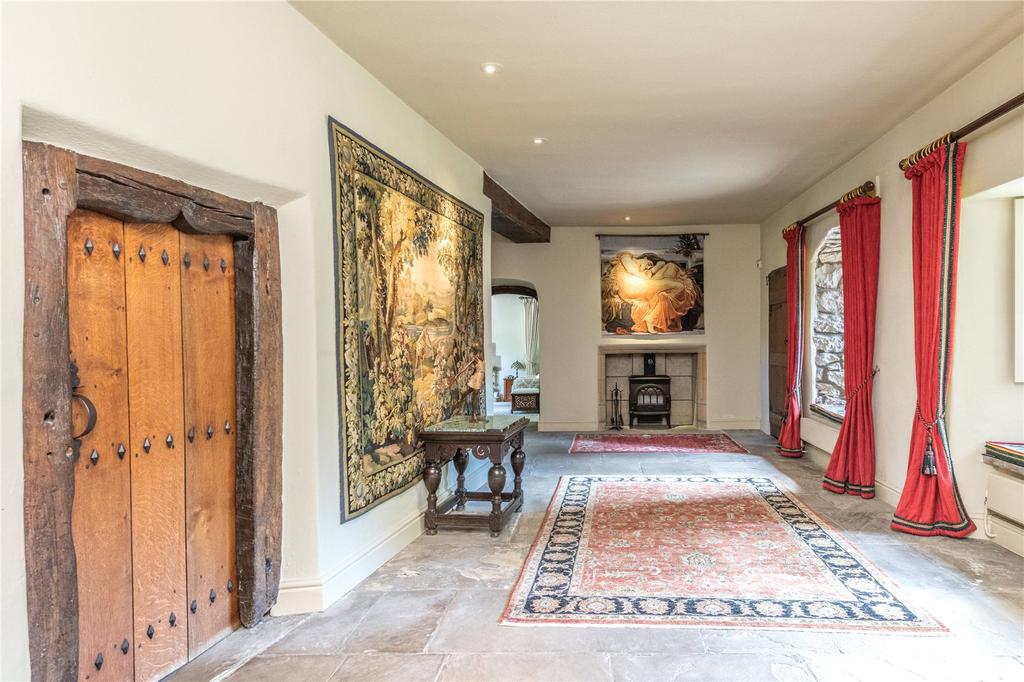 The gateway of the hall is surmounted by a hand carrying a lance and battleaxe, and the inscription ‘I will raise up his ruins, I will build as in the days of old’. This John Waddington did, with no expense spared. 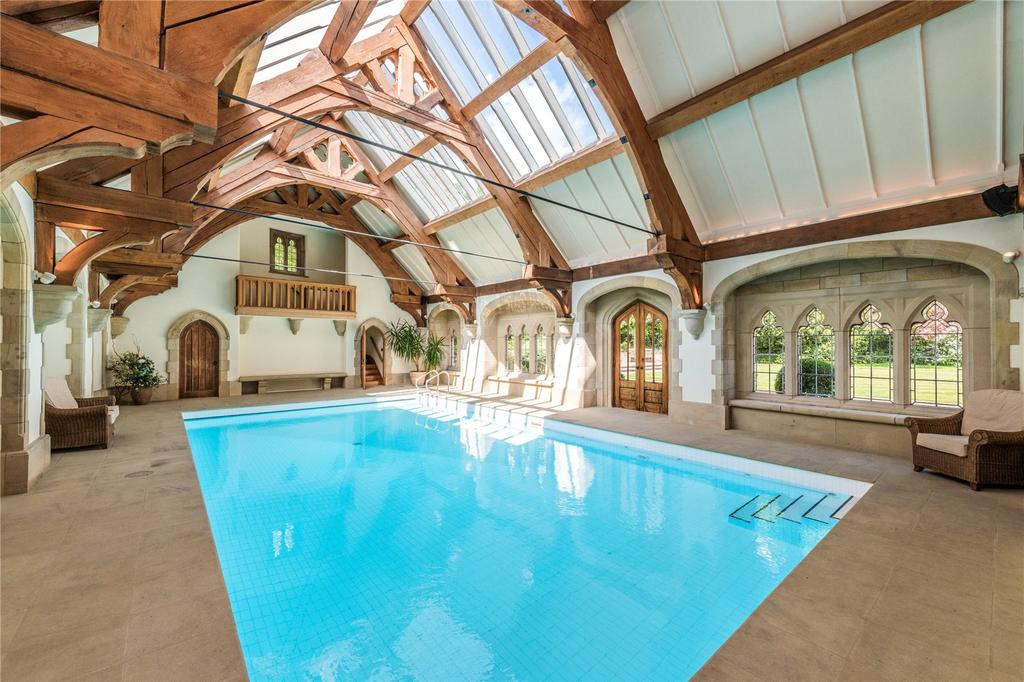 The original walls and deep-set windows can be seen in the Great Hall and the adjoining Monk’s Room – the oldest parts of the house, thought to date from the 11th century. 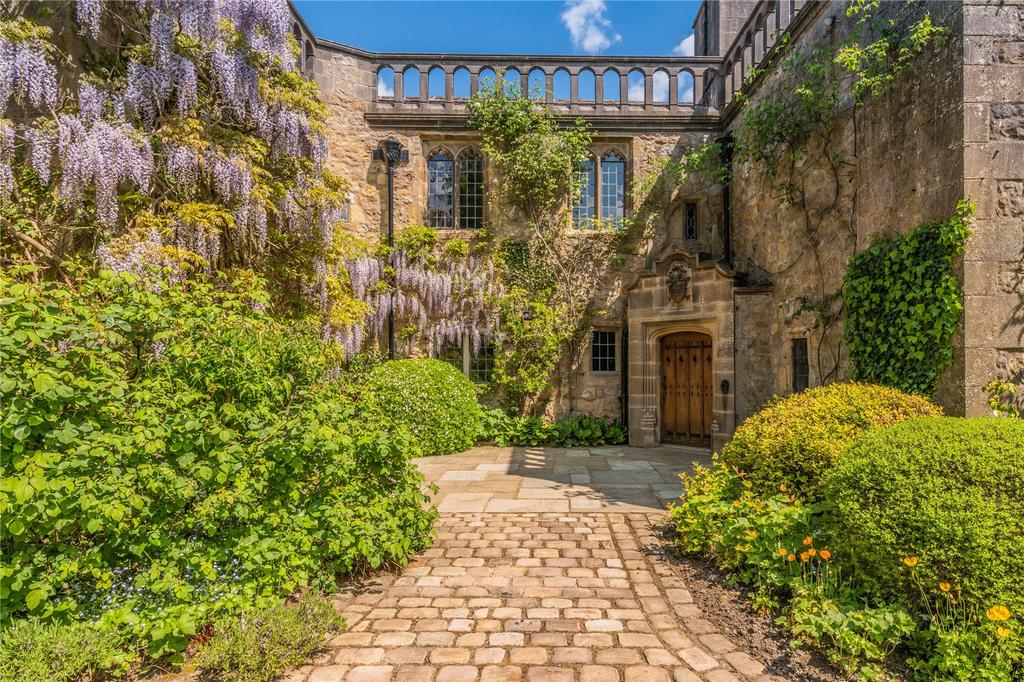 The hall was sold several times in the past century and underwent a further major renovation in 2002, when the spectacular vaulted swimming pool and cloistered garage were created on the site of former stables and domestic offices. The present owners, who bought the hall in the early 2000s, have maintained the house and grounds in the same spirit of sensitive conservative repair as the more illustrious of their predecessors. 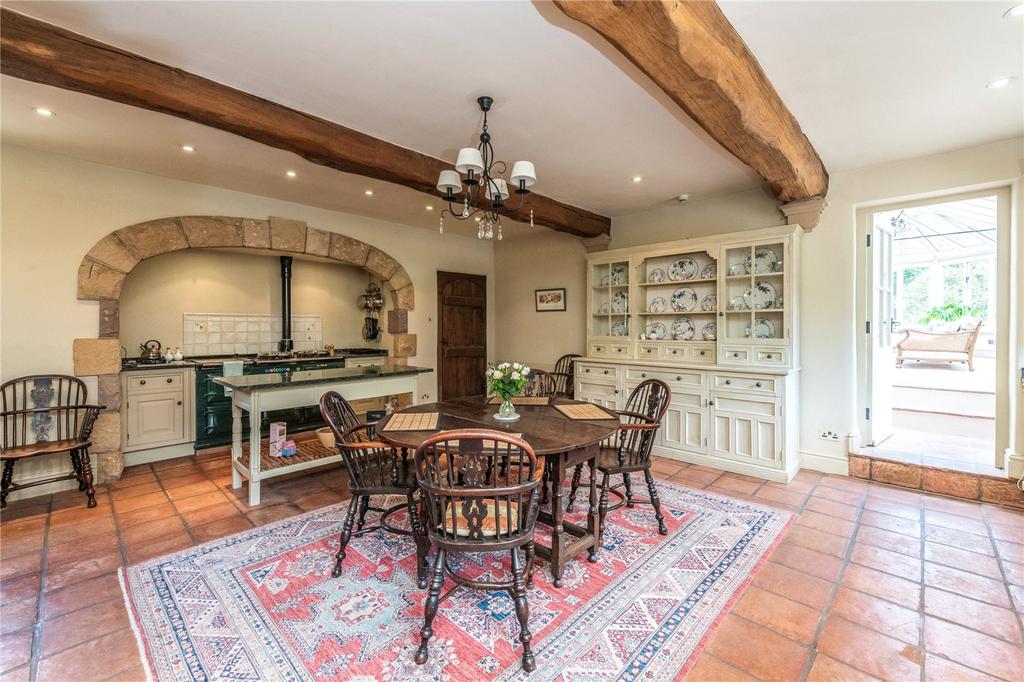 Waddington Old Hall is on the market through Strutt & Parker at a guide price of £4.25 million. Click here for more information and images.

Although the magical gardens and idyllic setting of Lower Chilland House mark it as something out of a fairytale, the