The historic stronghold of the Gordon clan has come up for sale, and it's 'the challenge — and the opportunity — of a lifetime' at a price you'd have to live a long time to see again.

Set in the magnificent Grampians foothills, Grade A-listed Craig Castle was built in the 16th century for one of Scotland’s most powerful families, and remained their home for more than 300 years.

While it’s been in the Barlas family for several generations, it was originally built by the powerful Gordon clan, who used it as their stronghold for several centuries. Now, it’s seeking a new owner — and the closing date for the sale has been set for 5th November. 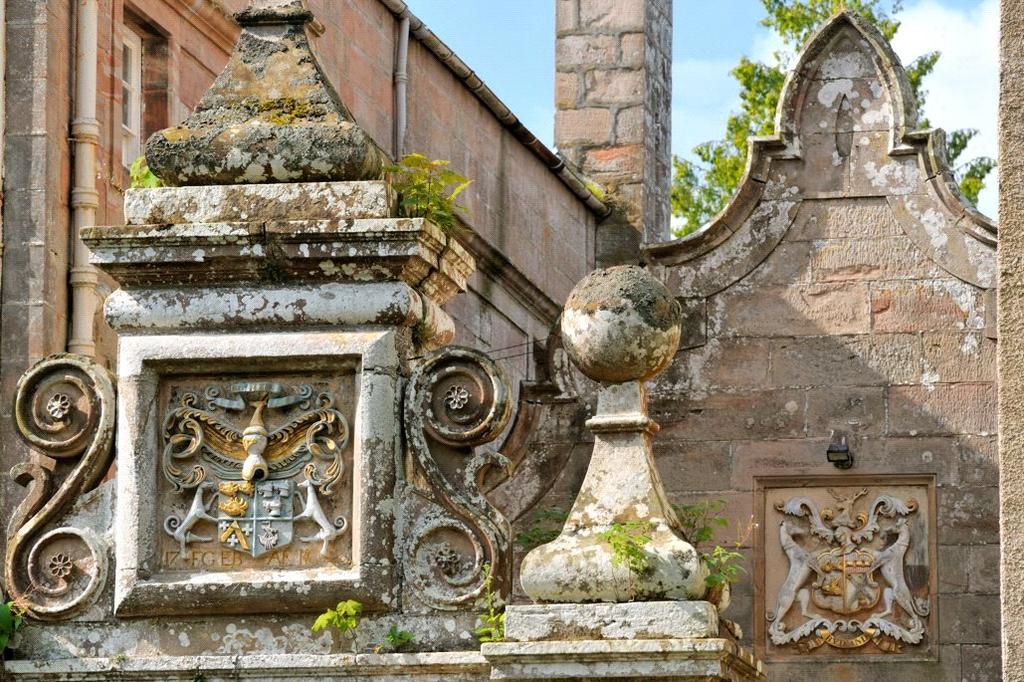 We reported on the sale in September, noting the alarmingly reasonable-sounding price of just £1.3 million for the castle, associated properties and 1,500 acres of land.

Now, it seems that the bargain could be even more astonishing. Agents Strutt & Parker have split the estate into five lots — and Craig Castle itself, together with 63 acres of land, is priced at ‘offers over £400,000’. 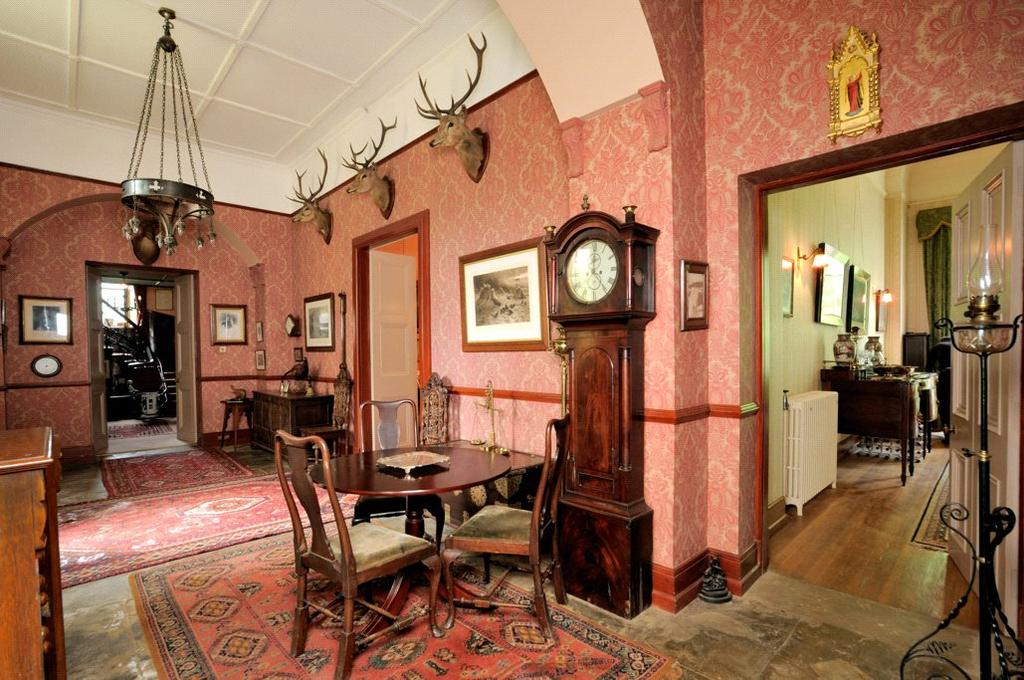 Today, it’s in need of some work, but that’s reflected in the extraordinary price for this grand building and over 1,500 acres of land sitting within 40 miles of Aberdeen; Country Life’s Penny Churchill describes it as ‘the challenge — and the opportunity — of a lifetime’ for the buyer. 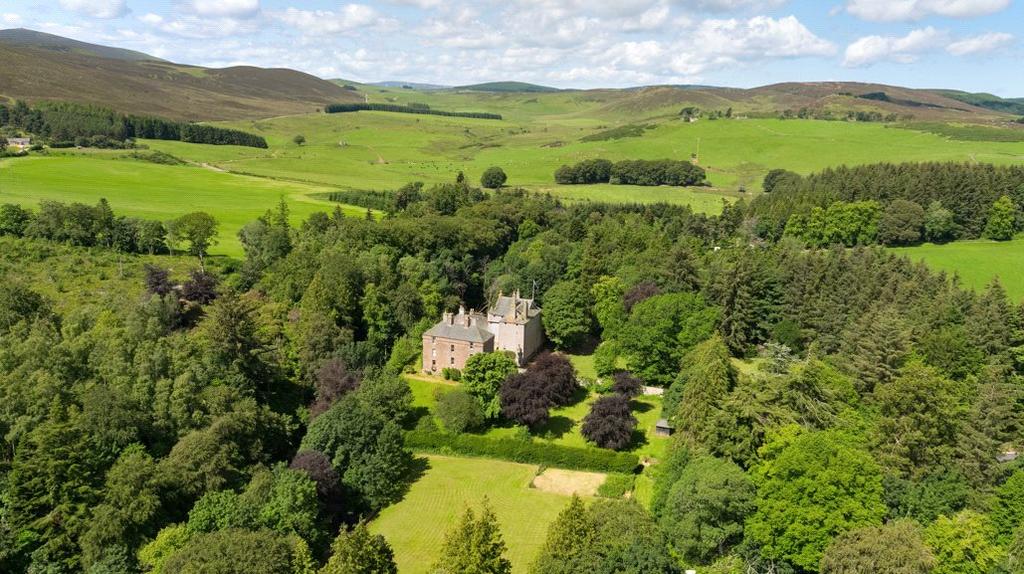 The Gordons’ first claim to fame was assisting Malcolm III Canmore’s forces in defeating Macbeth at Lumphanan in 1057 but, by the time Craig Castle was finished in 1548, the family had amassed many more accolades.

Having supported William Wallace and Robert the Bruce, they distinguished themselves in many battles and later chose to side with James II in his fight against the Douglas Clan. In retaliation, Douglas allies burned the Gordons’ castle in Huntly, not far from Craig Castle, in 1452 but the Gordons eventually triumphed. 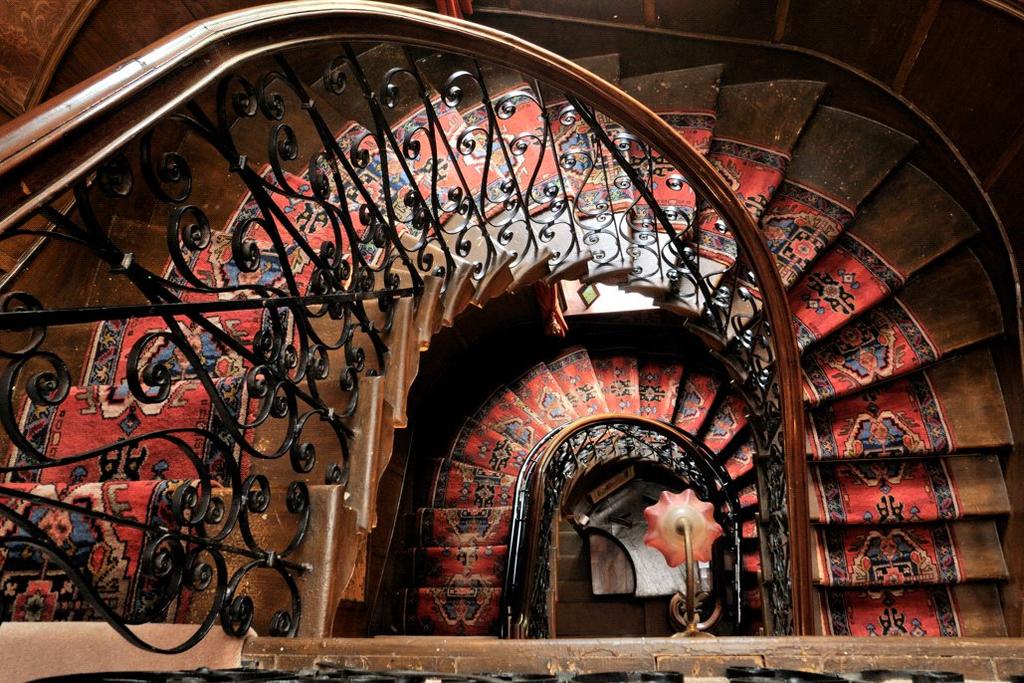 In 1510, King James IV granted Patrick Gordon, a scion of the family, a charter of the lands at Rhynie Huntly, where a timber castle had been standing since at least the 13th century, and he promptly began building a better one. He didn’t really manage to enjoy it, though, because he is thought to have died fighting the English in the 1513 Battle of Flodden, alongside the king himself.

Patrick’s son, William, completed Craig Castle in 1548 and Craig remained in Gordon hands for three centuries. The many arms that adorn the building commemorate the former lairds and their marriage alliances with some of Scotland’s most prominent families. 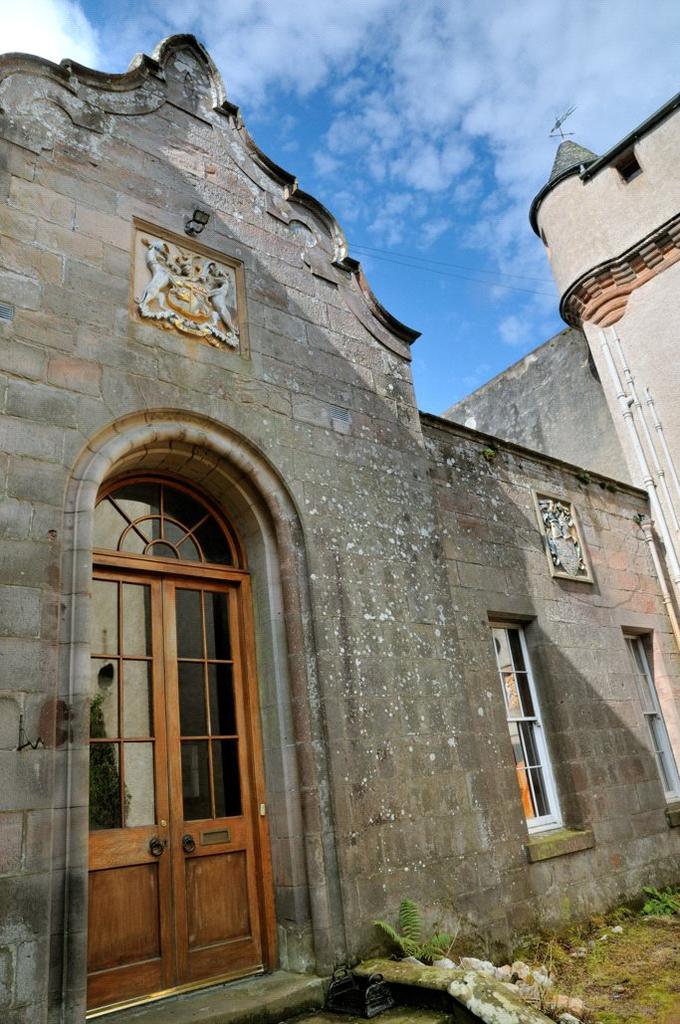 Much of the original 16th-century building has survived intact, from the grand arched ornamental gateway to a priest hole, a former chapel (now the dining hall), a minstrel’s gallery, a spiral staircase and even a cell.

However, Craig Castle also owes much to later renovations and additions. In the 18th century, a new wing was created by architect William Adam, with a further, Georgian one built in 1832 by Archibald Simpson. Work was also done in the early 20th century, then again more recently after a fire during the Second World War. 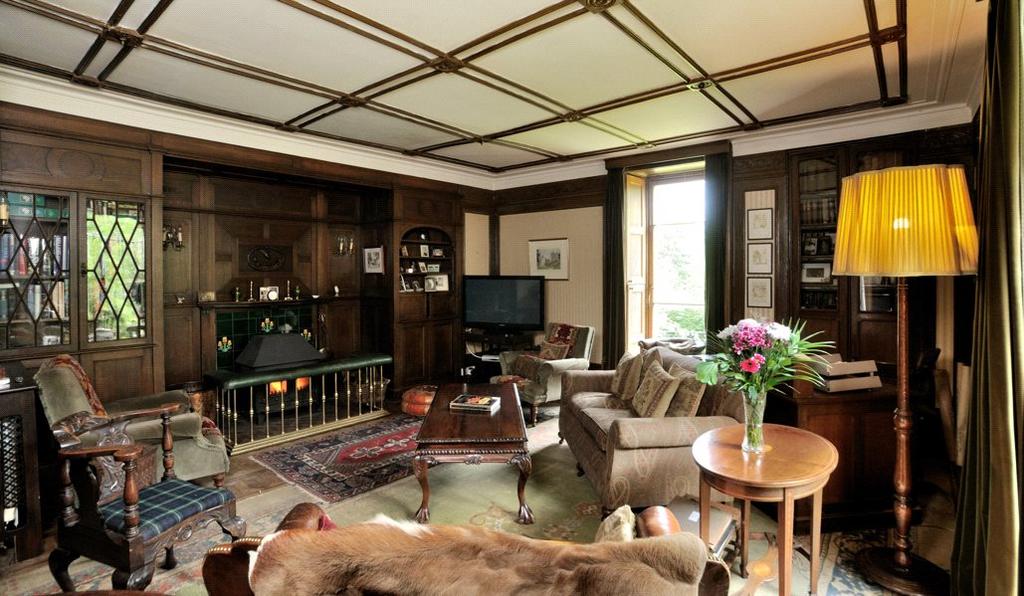 Today, the property is described as being in mixed condition, according to selling agents Strutt & Parker: the core is in need of renovation, but the habitable part of the castle still includes three reception rooms and nine bedrooms.

The grounds stretch to 1,561 (or if buying only the lot with the Castle, 63 acres) and include magnificent gardens — complete with B-listed sundial — two cottages, a B-listed former mill, an area of woodland and two former grouse moors. 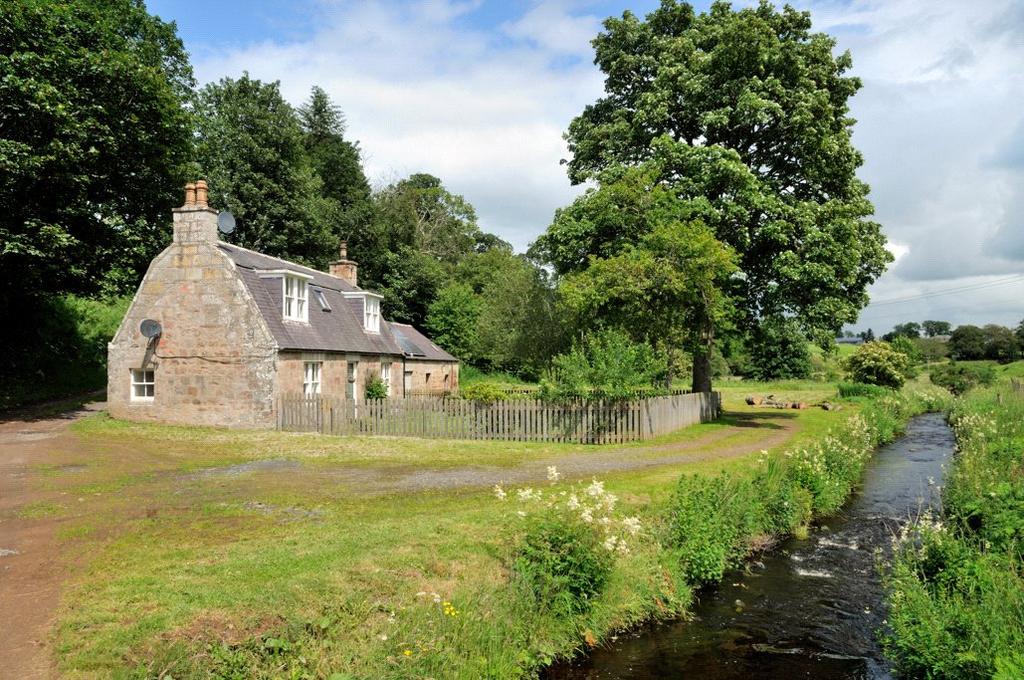 ‘Castle Craig Estate occupies a fairy tale setting in one of the most private and stunning landscapes of Scotland,’ says selling agent Diane Fleming. ‘The land is varied, from low pastures to open heather hill and woodland, which in part is intersected by the meandering Burn of Craig. 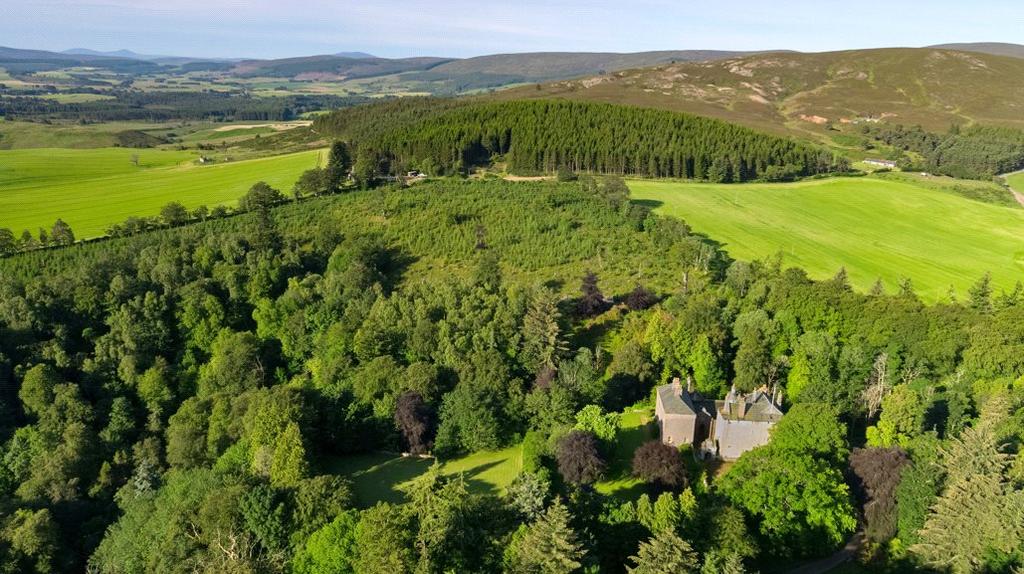 ‘The estate offers abundant potential from reinstating the oldest part of the castle to its former glory, developing a former mill to create a further dwelling or studio/workshop and capitalising on sporting potential such as re-establishing grouse numbers.’

Craig Castle is for sale at £400,000 through Strutt & Parker, with offers solicited above £1.23 million for the whole — see more details and pictures.