Furlong House is a dreamily elegant country house in Devon, immaculately finished with a pool, stables and a dozen acres of land.

If rural tranquillity is the dream, buyers need look no further than Grade II-listed Furlong House at Sandy Park, near Chagford in Devon.

This Georgian gem set in 11¾ acres of paddocks and parkland within the Dartmoor National Park; joint agents Jackson-Stops, Savills and Knight Frank are seeking offers in excess of £3m. 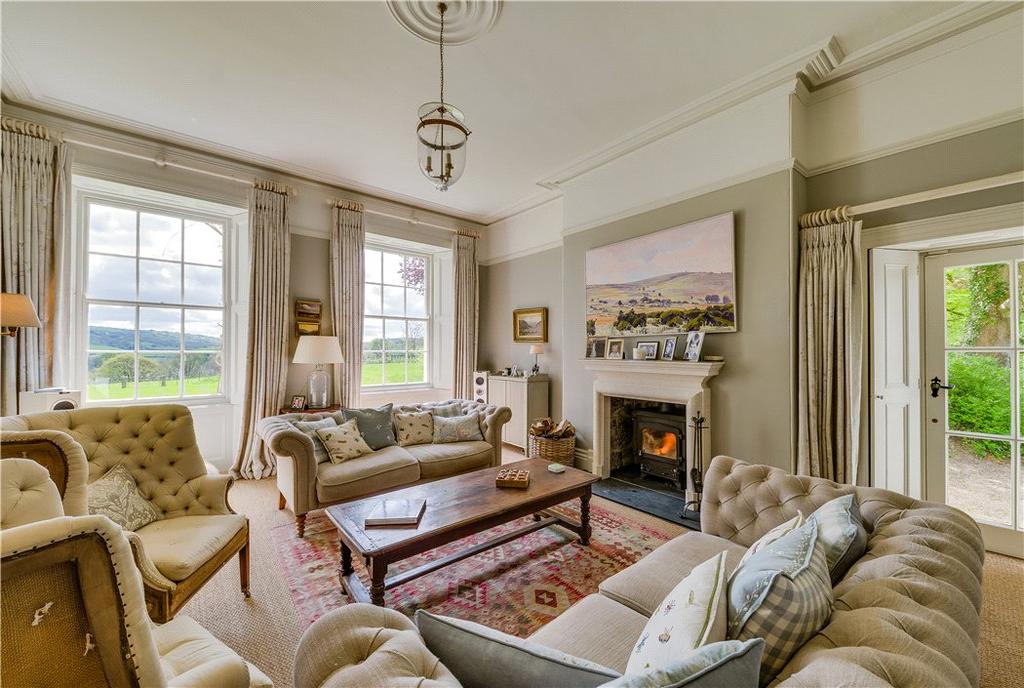 The house stands at the head of almost 1,000 acres of National Trust and Woodland Trust land, running down the scenic Teign valley and Fingle Gorge, with uninterrupted views over northern Dartmoor, yet is close to the amenities of Chagford — dubbed the ‘Best rural place to live in Britain’ by The Sunday Times — 1½ miles away. 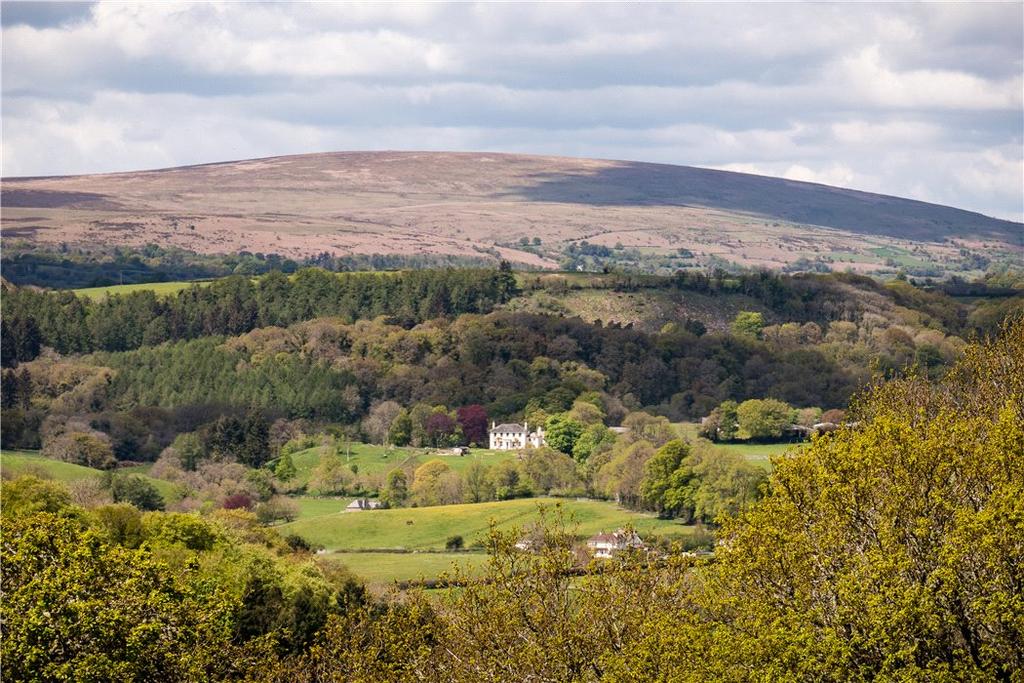 Furlong House stands at the end of a long, private drive on the edge of the hamlet of Sandy Park, from where a footpath runs up the River Teign to Chagford village. Originally a Devon longhouse until a fire destroyed half of the building at some point in the 18th century, it has been altered and extended to its present form. 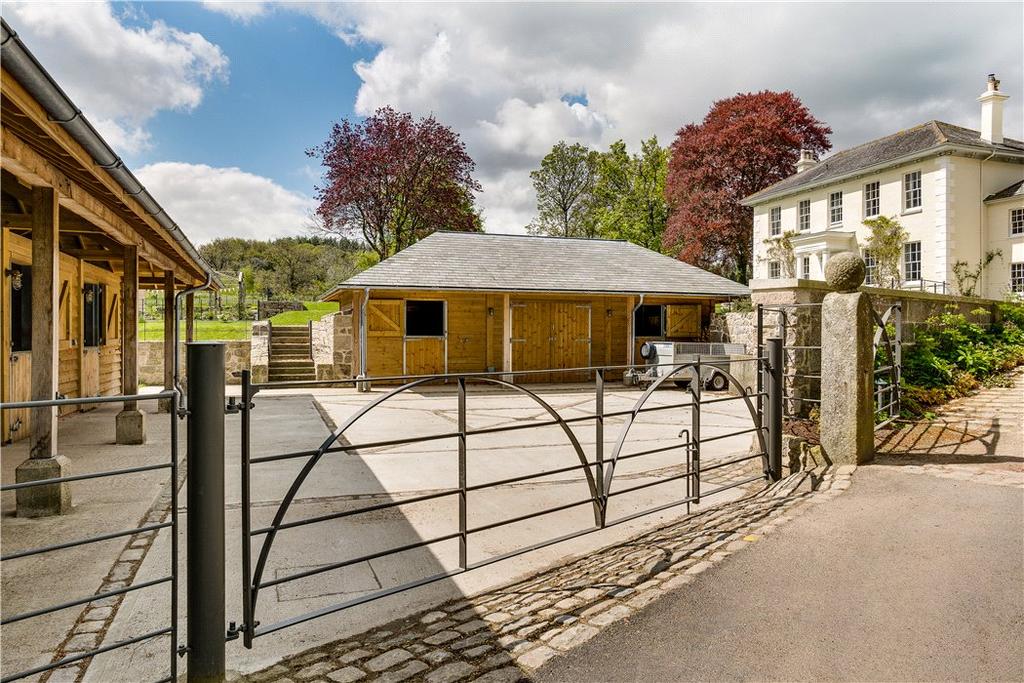 The house, which includes four reception rooms, nine bedrooms and three bathrooms, has been completely renovated by the current owners and, according to the agents, ‘now represents a turn-key home of exceptional quality’. 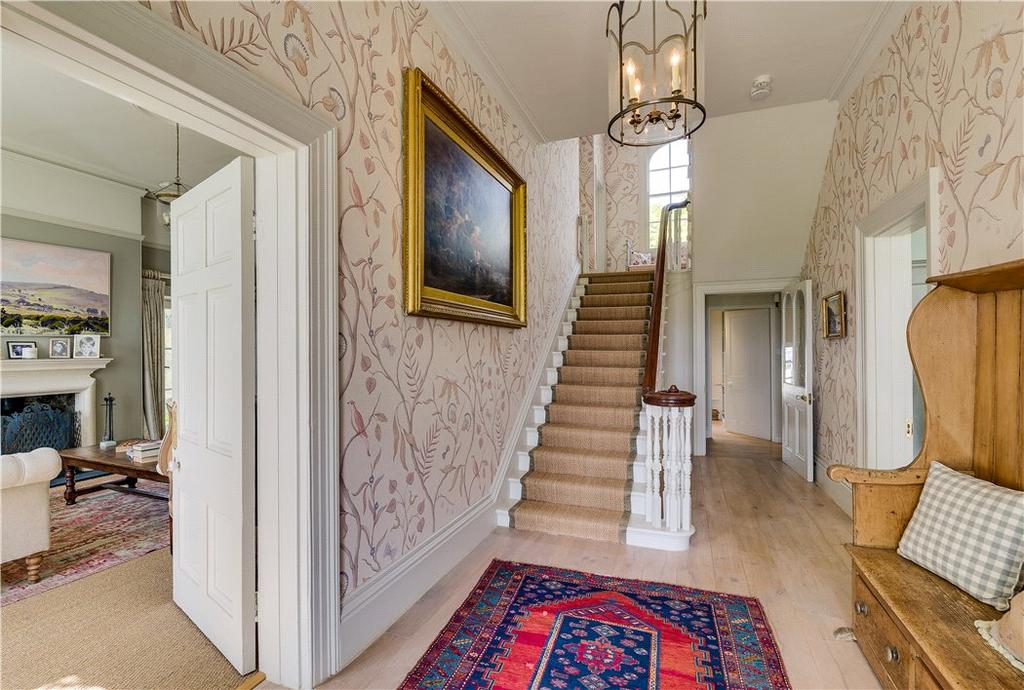 The rooms in the Georgian half at the front are flooded with light from tall sash windows; the original, 16th-century, rear part provides an intimate dining area. 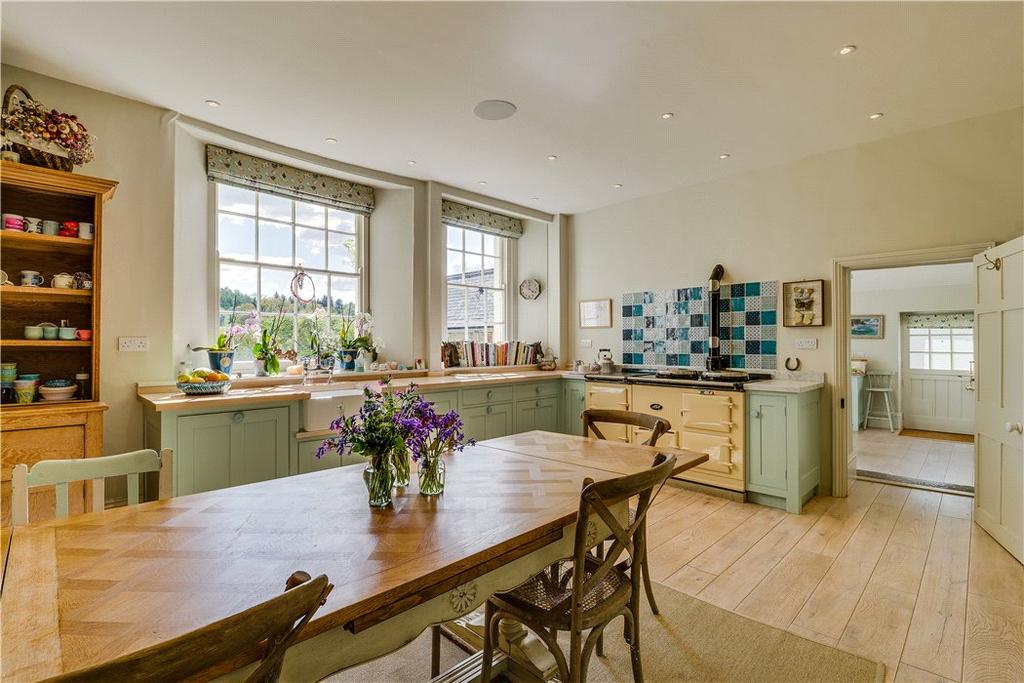 Outside, the property has been the subject of extensive landscaping and building works, including a recently constructed, L-shaped stable yard, a swimming pool and a pool house.

Its earliest known occupants were the Helman family, thought to have been rich yeoman farmers, followed by several generations of Braggs, who lived there between 1700 and 1896 and who must have built the present house in 1840–50. 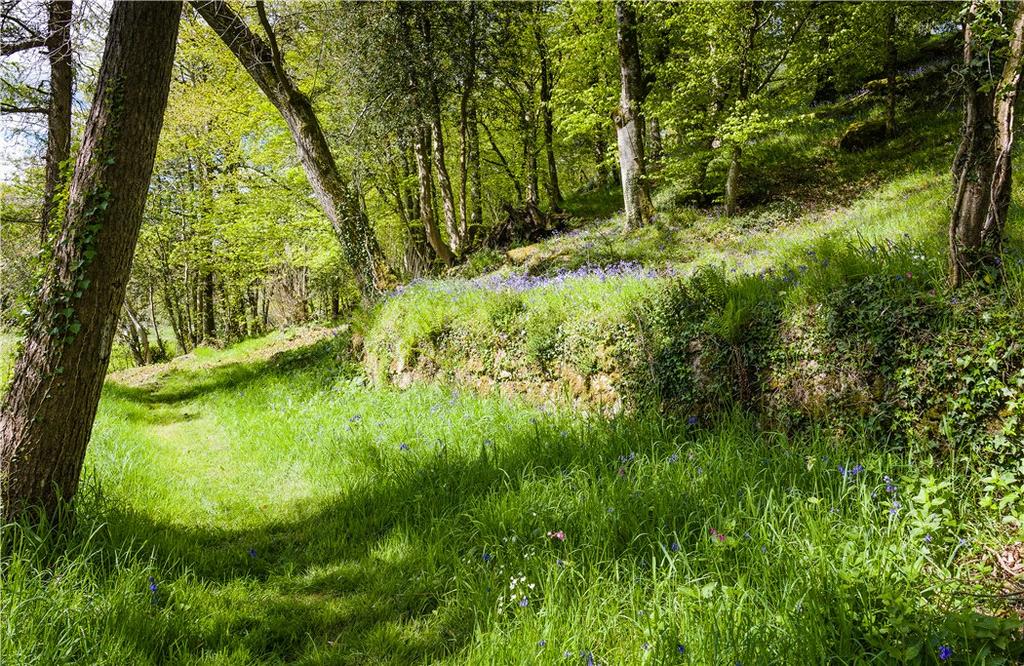 In 1793, a George Bragg founded the Furlong Harriers, which became the Mid Devon Foxhounds.

Furlong House is for sale at £3m via Knight Frank, Savills and Jackson-Stops – see more details and images. 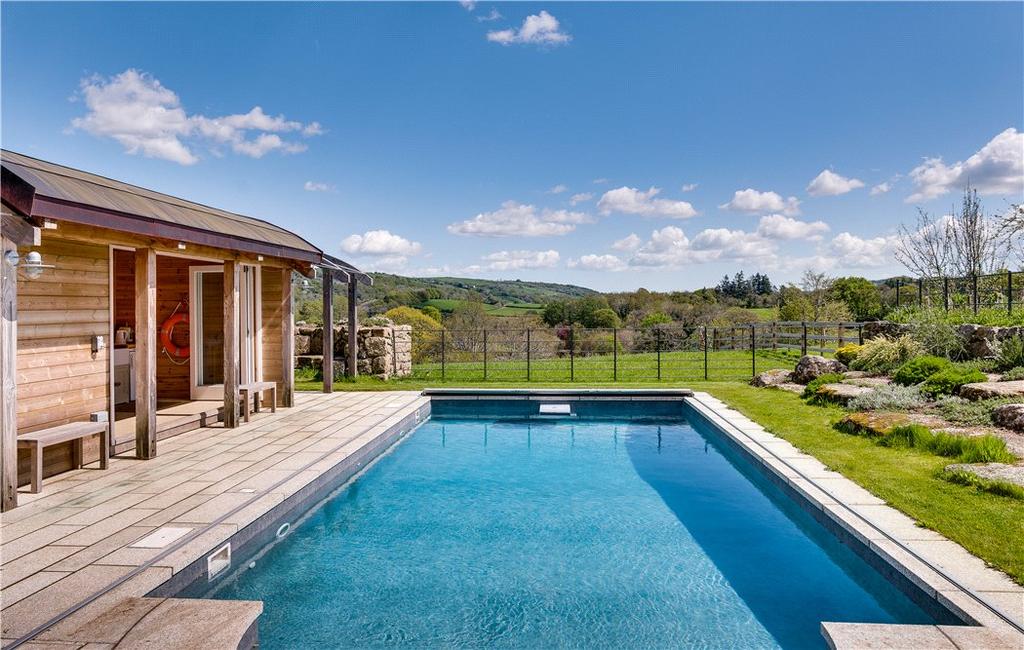