What price beauty? Annunciata Elwes delves into Knight Frank research to find out.

Wild moors, glacial lakes, ancient forests, craggy mountains and castles are just some of the wonders that grace Britain’s 15 national parks. These extraordinary landscapes, together with the 46 AONBs in England, Wales and Northern Ireland, each have a unique character.

We’d all simply love to live in them – a lucky few do. Understandably, the restrictive planning regimes in national parks and AONBs mean that new housing stock can often fall short of demand, but recent Knight Frank research sheds new light on these beauty spots, quantifying the worth of their properties.

By far the most expensive AONB to buy in is the Surrey Hills, with detached properties costing an average of just over £900,000. Proximity to major towns such as Guildford and Epsom, as well as the capital, contributes to this.

What you could get: Cherry Tree Cottage in Holmbury St Mary near Dorking is on the market at £750,000, nicely below the average detached house price in the AONB. It’s a three bedroom home which benefits from attractive views to the south east of the AONB and further views of the North Downs are enjoyed from the top of the garden.

Not far behind: Chichester Harbour and the Chilterns

Chichester is closely followed by the Chilterns at an average detached house price of £757,343 – this is more than £200,000 over the average for Buckinghamshire. Despite those prices, couples and young families are still making the move:  ‘Buyers are definitely younger than a decade ago,’ says Mr Mitchell.

All of these AONBs benefit from ‘the London effect’ – they are readily commutable thanks to fast train services. The South Downs National Park, below, also benefits (or should that be ‘suffers from’?) this effect.

What you could get: Peppard Cottage is a beautifully maintained nine-bedroom home in Henley which dates back to the 14th Century and on the market for £3.95m. It was famously featured in the original Merchant Ivory film adaptation of Howard’s End, thanks to its pretty ivy covered façade and beautiful setting.

You’re still paying a significant premium to be in one of these sought-after locations: houses here are worth between £100,000 and £200,000 more than the average house in their respective counties.

What you’ll pay to live in a National Park

The most expensive national park in which to buy property is the South Downs, where the average price is £674,268 for a detached house. That’s  more than £180,000 higher than the average for the county of West Sussex in general.

‘Those looking for town life in and around Winchester tend to come from the Home Counties and London and are driven by the schools and the commutability.

‘Those looking further east to Petersfield and the nearby villages are influenced by schools, as well as the general attractions of the countryside and access to the M27 corridor.’

He adds: ‘It’s a great location for getting outdoors, as not only do you have the South Downs, but the New Forest is only a short drive away and you can be by the sea within half an hour.’

What you could get: River Lodge near Petworth is a striking £2.95m home in the heart of the South Downs National Park. Set around a central courtyard, a series of old barns have been connected together to create a large home, whilst the old farmhouse is split into two separate flats.

Not far behind: The New Forest, Peak District and Lake District

The New Forest closely follows the South Downs at £620,883, up almost £180,000 on Hampshire overall. Next come the Peak District and the Lake District, both featuring properties worth about £160,000 more than those in Derbyshire and Cumbria respectively.

Then come Dartmoor, Exmoor, the Yorkshire Dales, the Norfolk Broads, the North York Moors, the Brecon Beacons, the Pembrokeshire Coast and Northumberland.

For the bargain hunters: Snowdonia

Finally, the cheapest national park is Snowdonia, with the average price of a detached house at £205,124, which is actually £7,000 cheaper than the average house in Gwynedd.

Perhaps those glacial lakes and mountain waterfalls aren’t for everyone? Well, maybe. But the remoteness of the location clearly limits the market.

What you could get: Just £265,000 is needed to buy this charming three-bedroom house in the village of Trefriw, on the edge of the Snowdonia National Park. The views are magnificent, and it’s just a short drive up the valley to the dramatic coastline at Conwy. 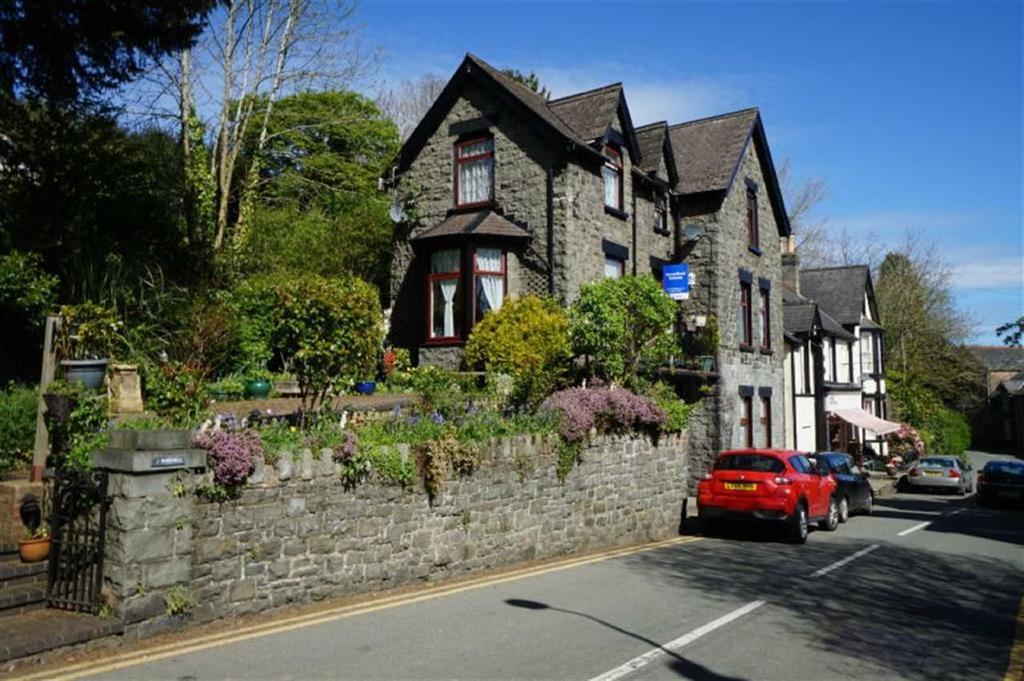 Our property editor Annunciata Elwes rounds up seven beautiful Cotswolds town houses, that will make you the talk of the