In Wiltshire is Grade II*-listed Cholderton House at Cholderton, 11 miles north-east of Salisbury. It’s a large manor house, originally built in 1690 for wealthy Salisbury merchant Jonathan Hill, then altered in the 18th century and further extended in the 19th. Currently for sale through Strutt & Parker at a guide price of £4m, its imposing William-and-Mary façade of red brick and grey knapped flint is typical of many grand houses to be found throughout Wessex. 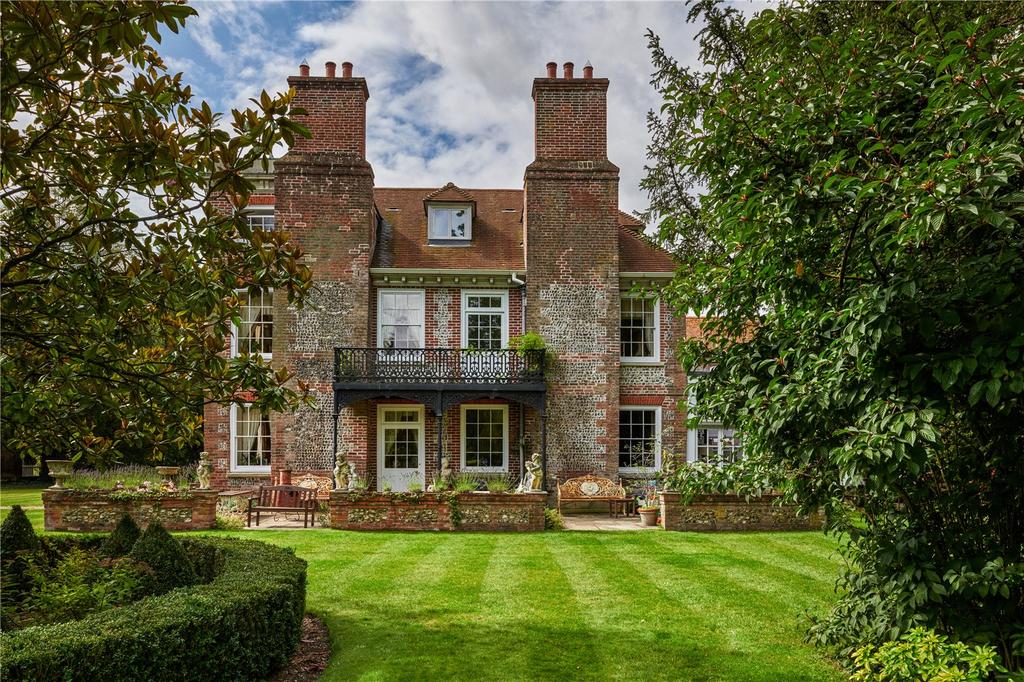 Ornate iron gates mark the entrance to the house, which stands in some 23 acres of gardens, grounds and paddocks directly opposite the village church. The house provides 10,646sq ft of gracious living space, including a grand reception hall, four reception rooms and a conservatory. 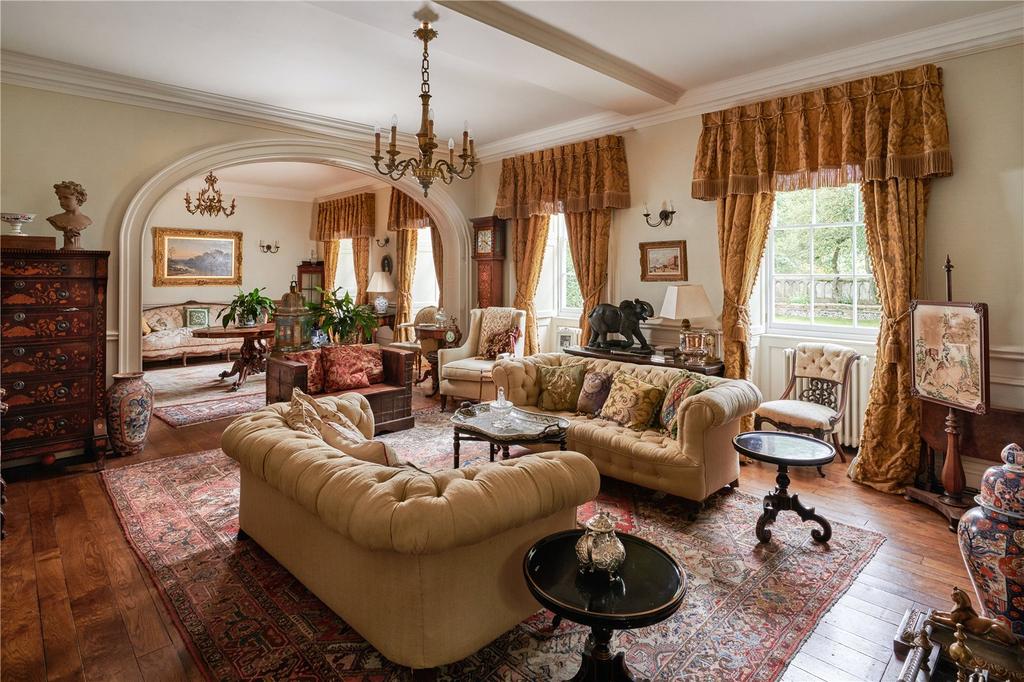 There is also a large kitchen/breakfast room, plus cellar split into boiler room, laundry room and store room. 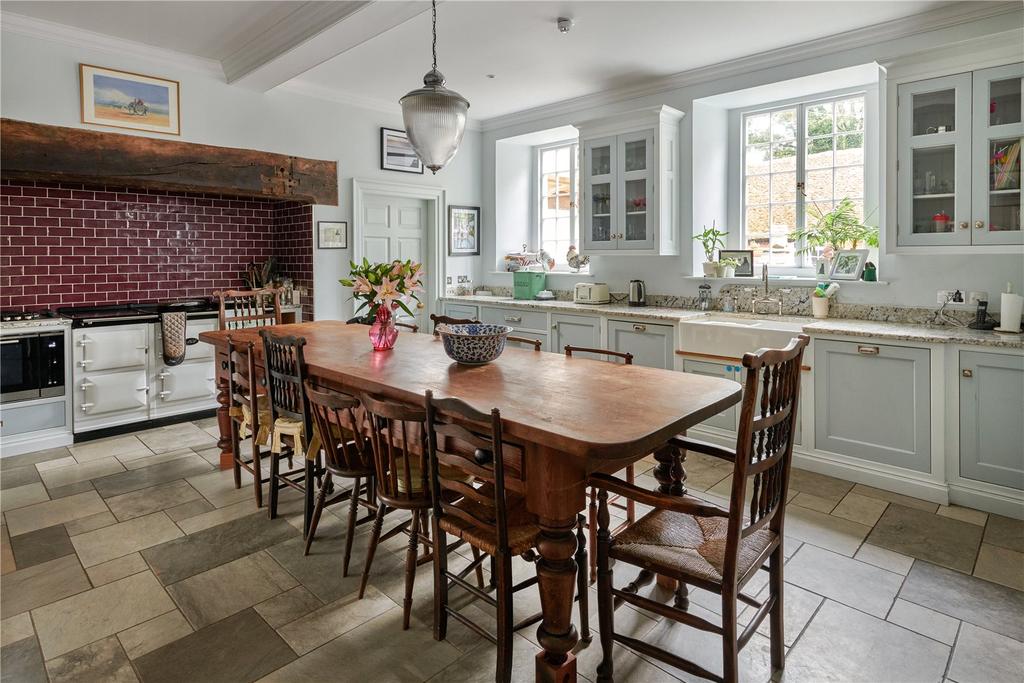 Across the first and second floors are master and guest suites, seven further bedrooms and five bathrooms. Two of the bedrooms have balconies to make the most of the views, while on the second floor a galleried landing is bathed in light. 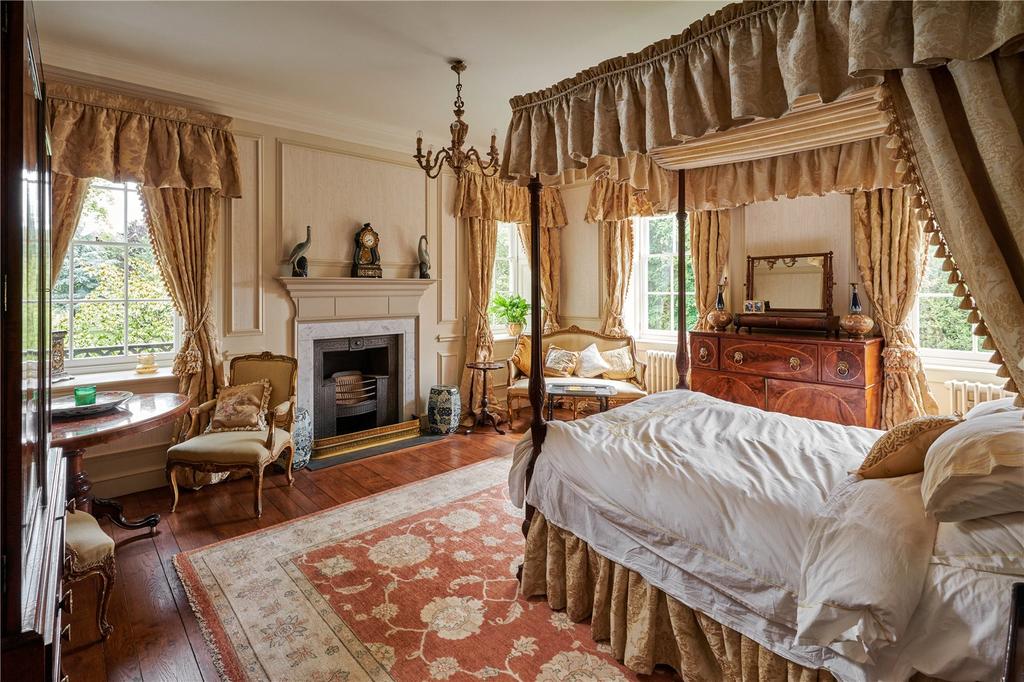 The house also comes with two cottages and quite exceptional equestrian facilities that were previously let to Olympic champion Mark Todd. The complex includes indoor and outdoor schools, 15 loose boxes and a coach house with six further stables and treatment rooms. 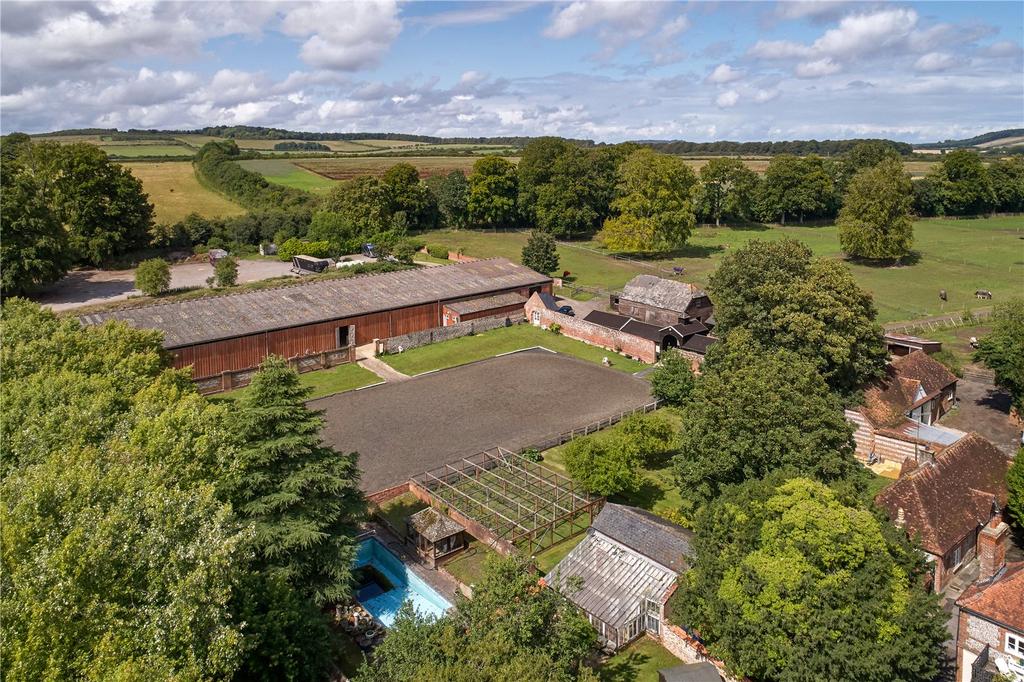 Cholderton had been the much-loved family home of the Cornelius-Reid family for more than 35 years. Its late-17th-century interior and layout was little changed since it was built, when, early in the morning of Tuesday, March 6, 2012, a dramatic fire swept through all three floors and the roof of the house. 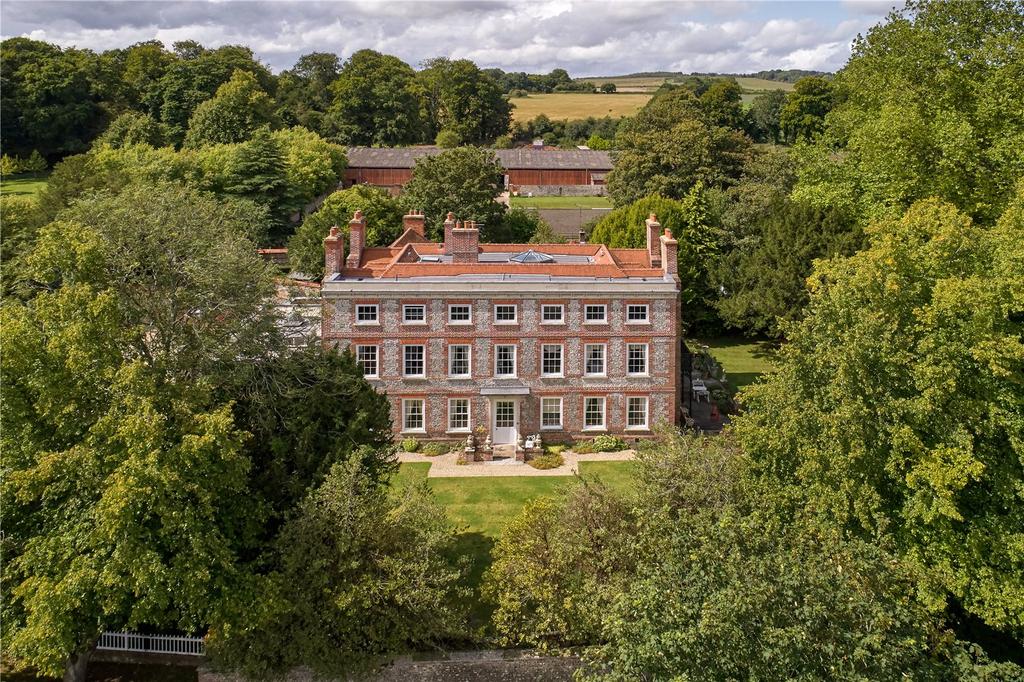 Dazed, but unhurt, Mrs Cornelius-Reid, who was living there alone — her grown-up children were by then residing elsewhere — was left standing in front of her devastated home, now a mere shell of fragile, unsupported walls.

Fortunately for the family, cover with Ecclesiastical Insurance included a detailed on-site valuation and this, backed up by numerous photographs taken by the owners before the fire, led to the decision to ‘repair, reinstate and match’ Cholderton House. 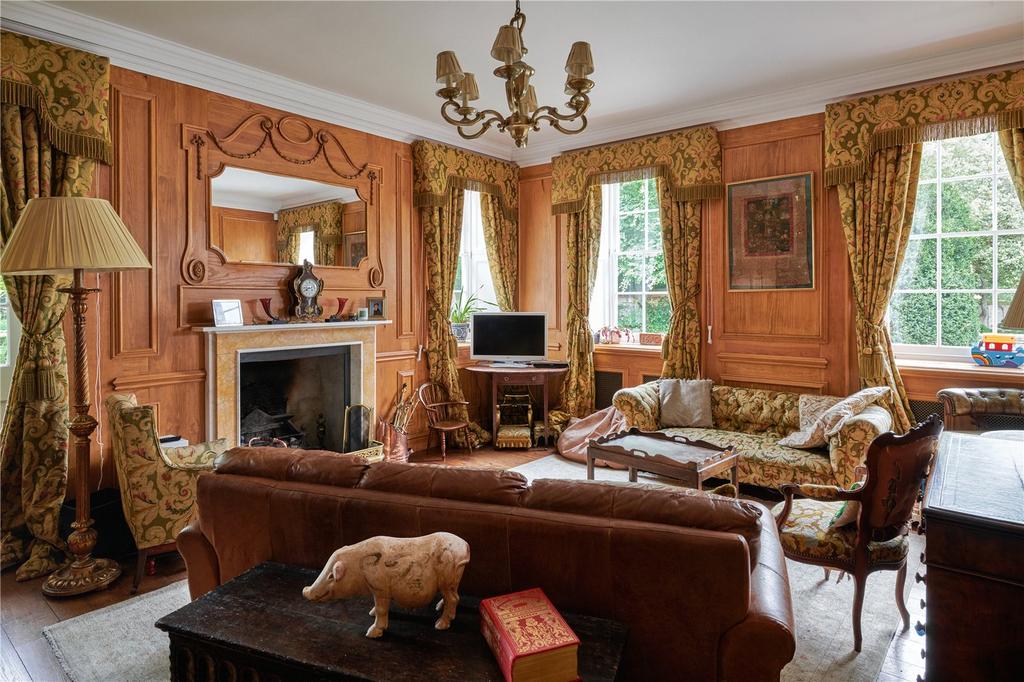 A team of experts put together by Ecclesiastical, including renowned the architects Donald Insall Associates and heritage builders Biggs of Bath, then embarked on a meticulous reconstruction project.

The entire house was soon surrounded by a mass of scaffolding designed to support the crumbling walls as the drying-out process took place. Fireplaces were sent to specialist repairers, eventually returning to Cholderton in all their glory. Victorian cast-iron radiators were salvaged, shot-blasted and repainted. Rebuilding the roof in steel meant significant time and money saved to reinvest back into the build. 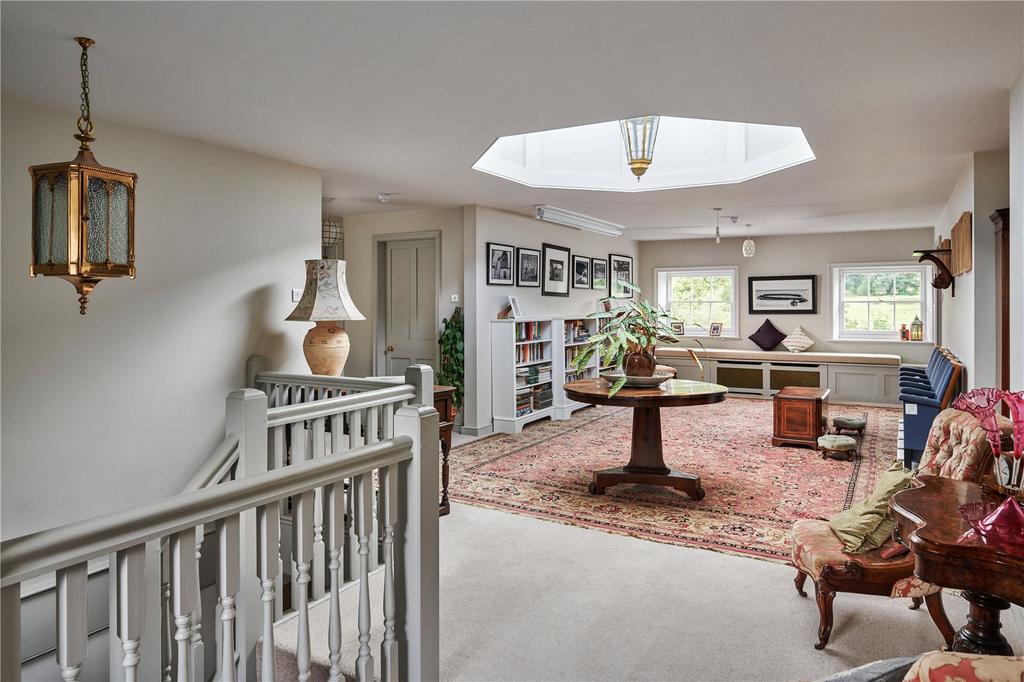 The solid-oak staircase was machine made, yet hand finished. Traditional lime mortar, applied by skilled craftsmen, was used throughout and, when set with the traditional grey knapped flint and red brick, the exterior of the house again took on its familiar Wiltshire architectural style. 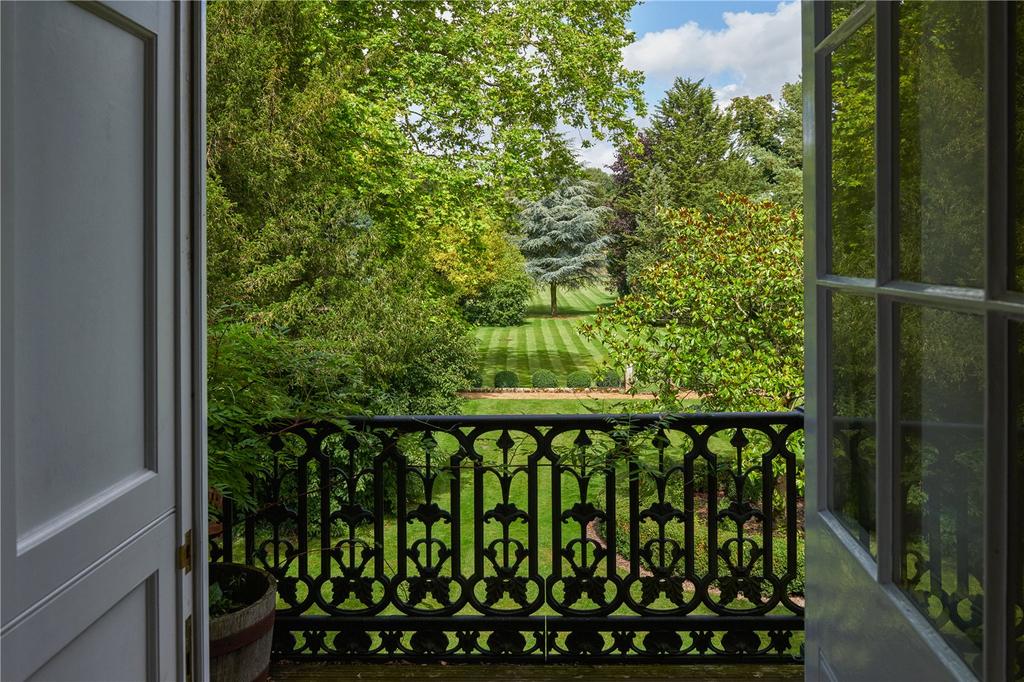 In February 2015, nearly three years to the day after the fire, the Cornelius-Reid family returned to Cholderton House to continue working on the interior.

Sadly, by this time Mrs Cornelius-Reid had died after a brief illness and never saw her beloved house rebuilt. It’s now being sold on behalf of her family and, although the essence of the original house has been retained, it now has such modern benefits as up-to-date insulation, wiring, plumbing, heating, fire-proofing and security systems.

Cholderton House is for sale via Strutt & Parker at £4m — see more details and pictures. 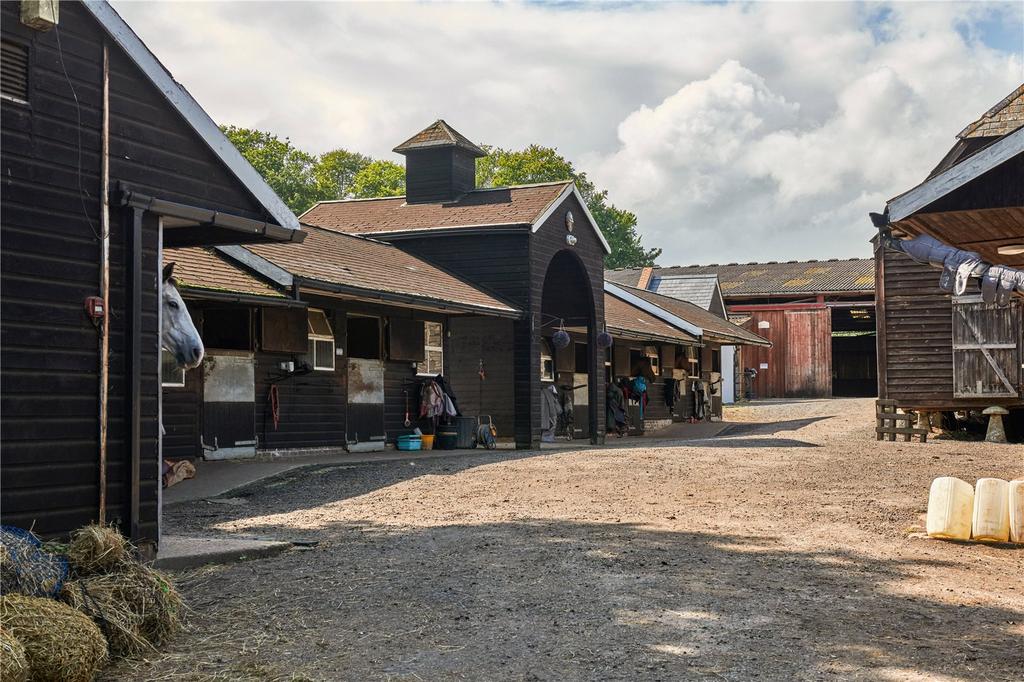