Trending:
Credit: on the market.com

Throughout the property downturn, Oxfordshire has consistently outperformed every other county in the UK – a fact underlined by the lively response to the recent launch onto the market, at a guide price of £5.5 million, of idyllic The Priory at Great Milton, nine miles from Oxford, reveals Ed Sugden of Savills.

Described in the Victoria County History, Oxfordshire, as ‘a well-preserved example of a 16th and early 17th century house’, its name, apparently of 19th-century origin, is said to be something of ‘a mystery’, given that, historically, neither Eynsham Abbey nor Abingdon Abbey had a priory at Great Milton.

Nevertheless, it is generally accepted that the Grade II*-listed house was built by Dr Westfalling, a vice-chancellor of Oxford University in 1565, perhaps as a refuge from the plague in Oxford. He was consecrated Bishop of Hereford in 1585 and presumably left Milton, as he died in Hereford in 1602. 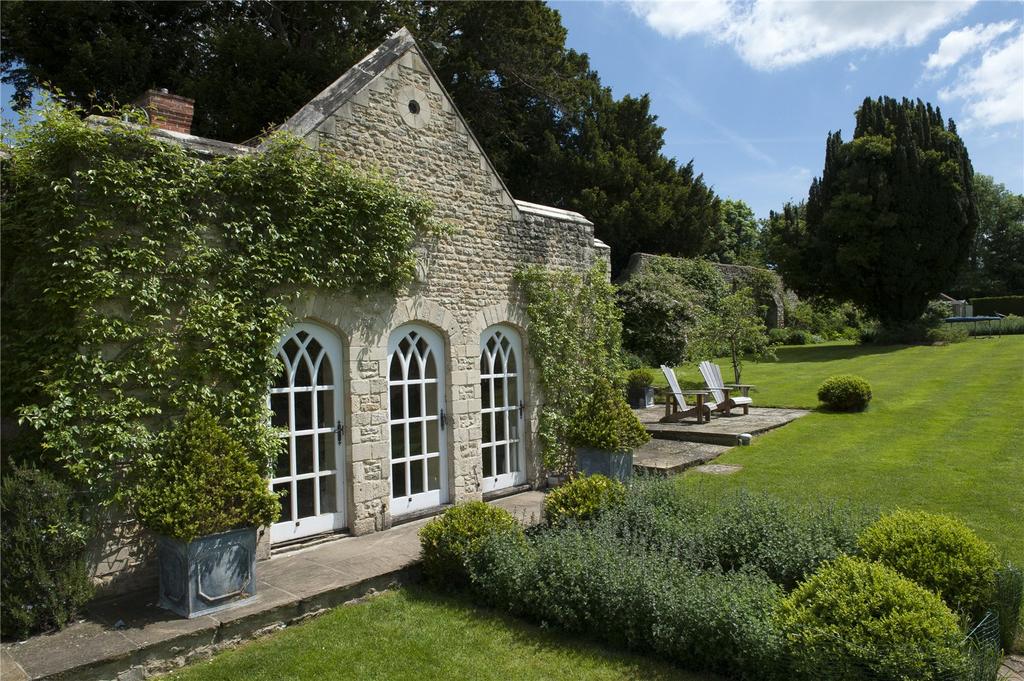 Later, Dr John Wilkinson, president of Magdalen College, bought the house and lived there with his nephew, Henry. A friend was Oliver Cromwell’s Secretary of State John Thurloe, who later leased the house. According to village tradition, both Cromwell and the poet John Milton visited him there.

The Priory, which stands in more than six acres of enchanting mature gardens, overlooking a lake and fields adjoining the kitchen garden of Raymond Blanc’s Le Manoir aux Quat’ Saisons in the heart of the village, comes with a two-bedroom cottage, a heated swimming pool, a tennis court, garaging, stabling and an outdoor manège.

The house, which has been cleverly refurbished and extended by the current owners, has some 6,250sq ft of warm and welcoming living space on three floors, including three reception rooms, a study, a light and airy kitchen/family room, seven bedrooms and five bath/shower rooms.

Vast estate in Carlow's horse country comes on sale for the first time in over 200 years.