After four changes of name, as many changes in ownership and two sympathetic renovations, Swanton Hall still maintains the majority of its original features, thanks to the love and care it had been shown over the years.

In his book In Search of the Perfect House (2007), former Country Life editor Marcus Binney describes Holliday Hall (as it was first called) at Bredgar, on the crest of the North Downs AONB in Kent, as a ‘swagger baroque house built for a London goldsmith’ and ‘an enchanting example of England’s most delightful home-grown style – country baroque’.

Previously known as Swanton Farmhouse, listed Grade II* in 1952 as Swanton Street Farmhouse and now called Swanton Hall, this captivating small country house – serendipitously rescued from demolition in the 1960s – has been home to a succession of devoted owners, who have loved it and, in one way or another, have injected new life into the house and grounds. 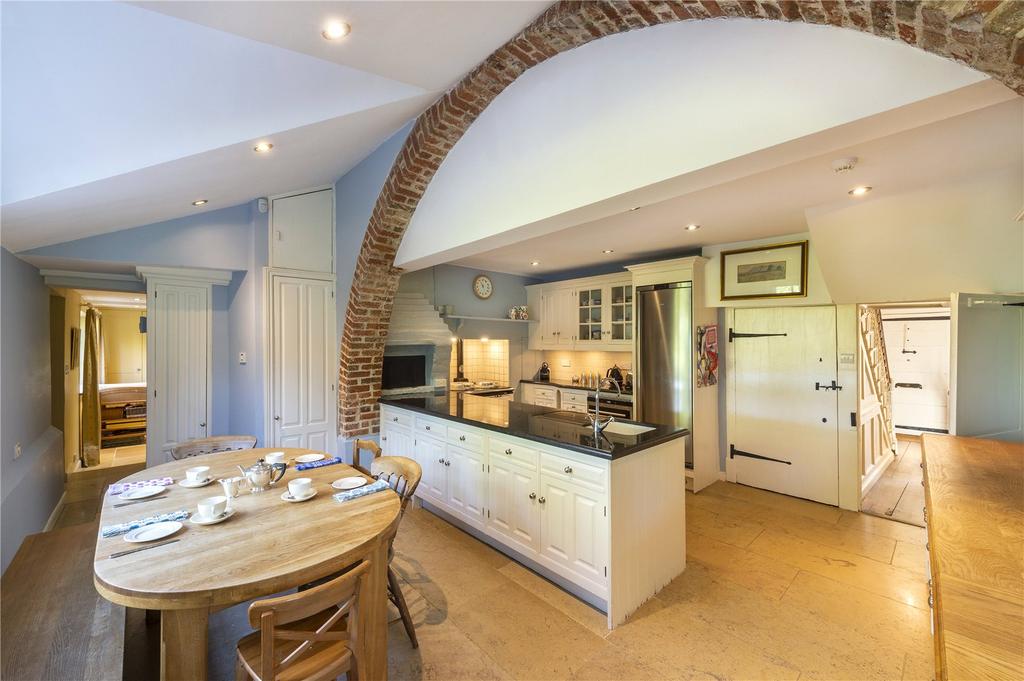 None more so than the present incumbents, Count and Countess Nicolas Reuttner, who are set to return to the Count’s native Germany with their young family, hence the reluctant sale of Swanton Hall through the Cranbrook office of Savills at a guide price of £1.5 million.

The former farmhouse, once the heart of a 300-acre holding, was acquired in 1715 by Edward Holliday, or Holaday, a successful London goldsmith, who set about gentrifying the house, adding the imposing Baroque front to an earlier Jacobean building and renovating the interior in the early Georgian style. For Mr Binney, ‘the whole building has the sense of a doll’s house and, if the façade folded back, you would find pretty panelled rooms, each furnished with a few choice pieces’. 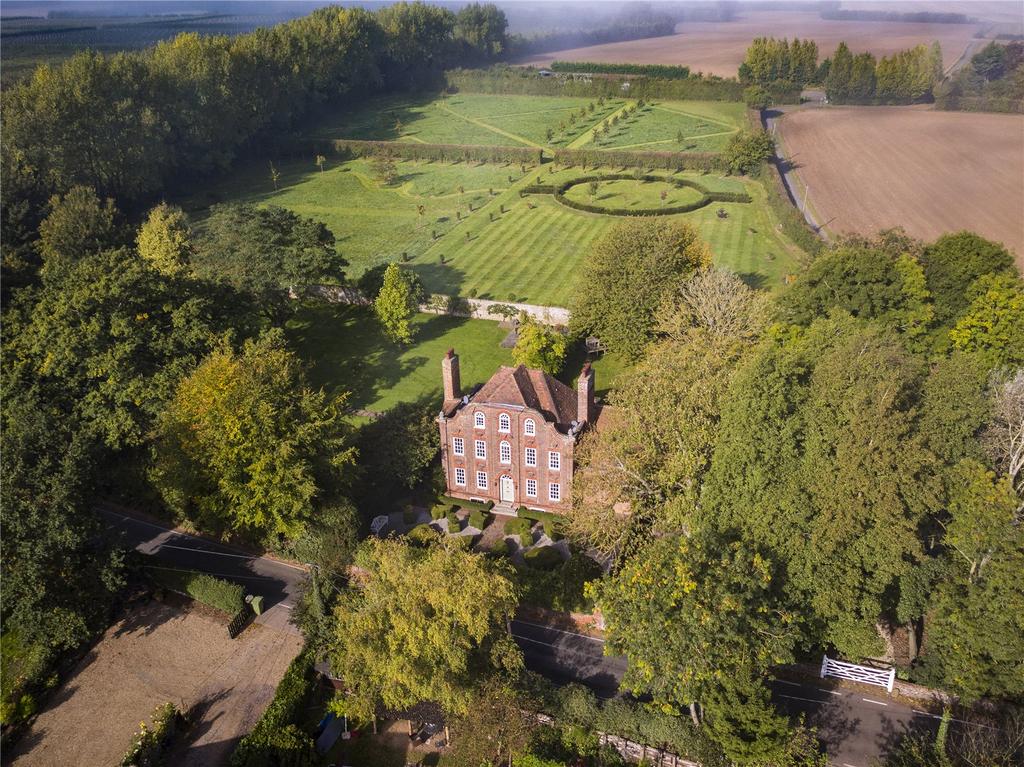 The designer of the façade is unknown, but may well have been Holliday himself. Evidently a man of culture, he numbered among his friends and neighbours in Brook Street, W1, the Baroque composer George Frideric Handel, who is said to have visited him at Holliday Hall on several occasions. If so, the visits there were short-lived, given that Holliday died a few months after the work on the house was completed in 1719.

Following Holliday’s death, the house remained in his family and, for the following 200 years or more, was mainly leased to local farmers, which explains its remarkable state of preservation, down to its windows with their original early Georgian glazing bars, not to mention the ‘fabulous display of virtuoso brickwork’ highlighted by Pevsner in the Kent: North East and East volume of ‘The Buildings of England’. 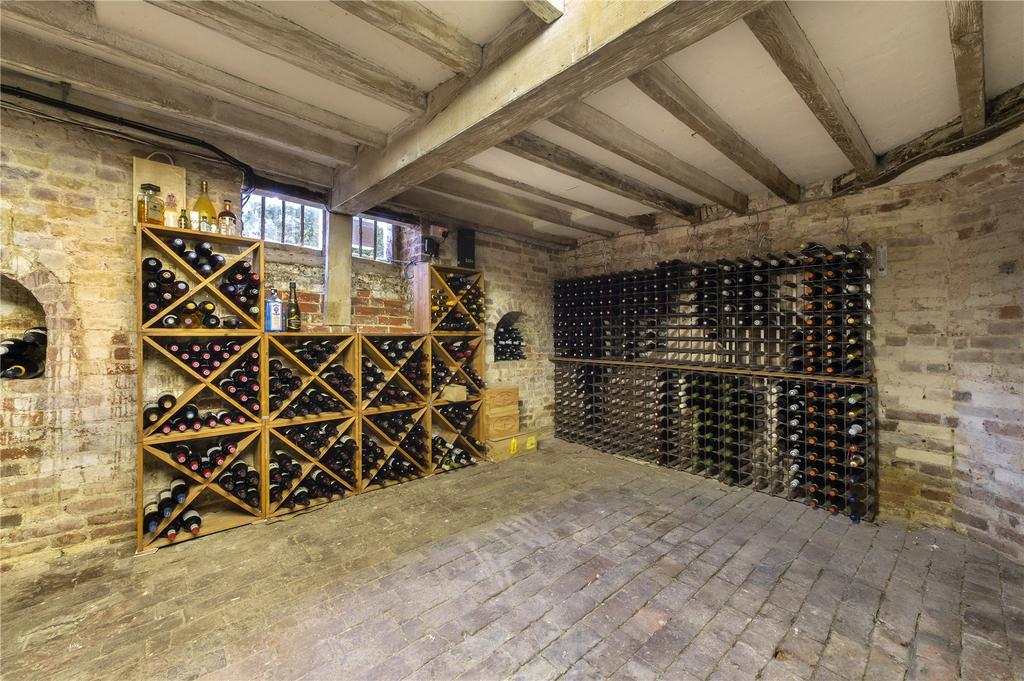 In 1966, Holliday Hall’s signature façade was illustrated in Country Life, when the house was sold at auction for £10,000.

A decade later, owners Peter and Lucy Boutwood recalled, as they prepared to move to Canterbury with their two daughters: ‘It was absolute love at first sight. Nothing would have stopped us from buying the house. We love the fact that it is warm and manageable and still has its original fireplaces, panelling and shutters; it has been a joy to live in’ (Country Life magazine, February 9, 2006). 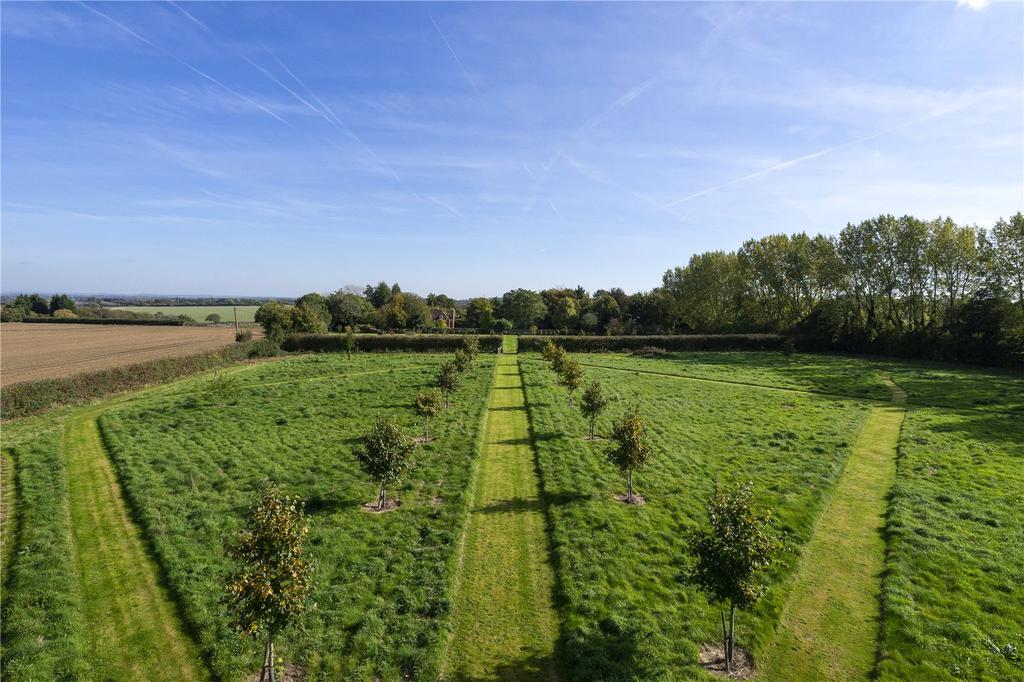 By then, following a sympathetic renovation by London-based interior-design team Paolo Guidi and his wife, Katherina, the house comprised three reception rooms, six bedrooms, a large kitchen ingeniously created by incorporating the adjoining farm lean-to, a barn, a swimming pool and five acres of gardens and grounds – the whole on offer at £995,000. Again, fresh buyers emerged and, for the following six years, Swanton Hall was used mainly as a weekend country retreat.

In 2012, the hall, dubbed ‘Kent’s most extraordinary baroque house’ in Anthony Quiney’s Kent Houses, was back on the market. It caught the eye of London-based financier Count Reuttner and his wife, Emma, an art expert, who were looking to buy a special country house they could work on at their leisure to create something truly spectacular over time. It was another coup de foudre and the moment the couple saw Swanton Hall, they knew it was for them. 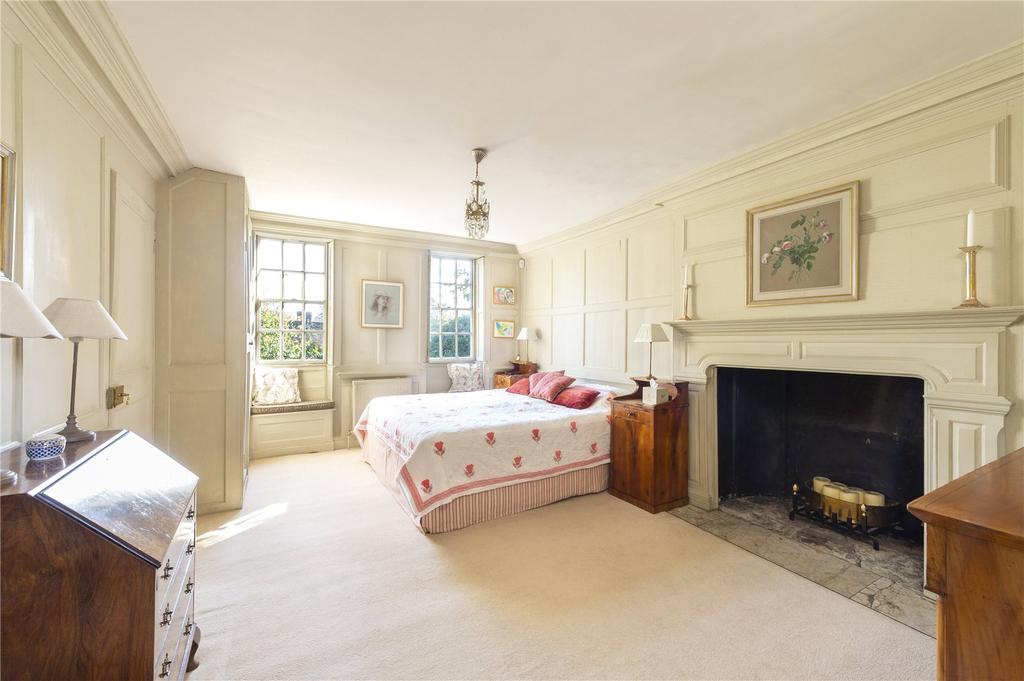 ‘Fortunately, the house was uncomplicated and easy to maintain,’ explains Count Reuttner. ‘We did all the usual things: upgrading the heating, plumbing and electrical systems, changing a couple of fireplaces and adding dormer windows at the rear to add more light to the attic bedrooms.’

He adds: ‘Much of our effort has gone into the gardens and grounds, where we’ve created a new David Austin rose walk along the outer wall of the walled garden, nurtured the topiary garden at the front originally designed by Richard Miers and – looking to the long term – laid out the more informal outer gardens and orchard, where mown pathways meander through wildflower areas and long avenues of lime, yew and cherry.’ 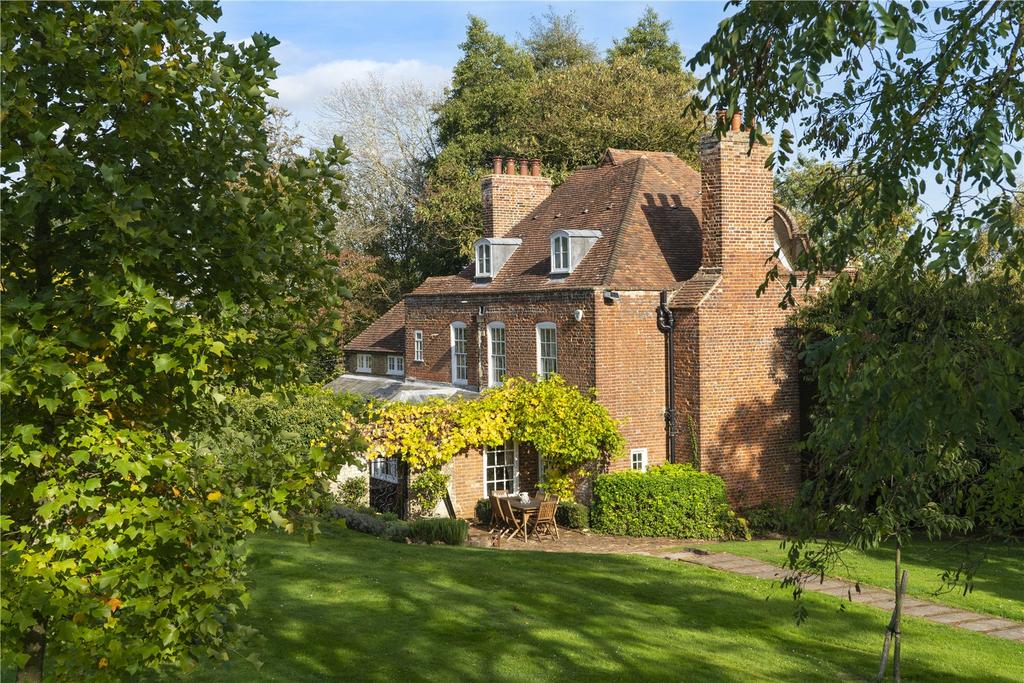 Sadly, the Reuttner family will not be there to see their garden grow, although its next owner will surely appreciate the thought and inspiration that have gone into its creation, not to mention the charms of the enchanting, 3,500sq ft house that punches well above its weight behind that elegant façade.

Swanton Hall is on the market through Savills at a guide price of £1.5 million. Click here for more information and pictures.