The list of Britain's happiest places to live that's been doing the rounds is interesting — but probably not quite what it seems at first glance, as we discovered when we took a closer look.

A national survey released on Wednesday morning made something of a far-fetched claim: it named the ‘happiest places to live in Britain’.

Top of the list came Hexham, a small — and rather lovely — market town in Northumberland, that’s long been known for its quality of life. Indeed, a Country Life piece from back in 2005 (so long ago that all the formatting has gone funny) referenced it as the ‘best market town in England’.

Second on the list (published by Rightmove) is Richmond-upon-Thames — which, again, I’d have no problem with, not least because I spent two very happy years of my own life living there.

Yes, this really is London: Richmond upon Thames bridge.

The list moves down from there until we get to St Albans and Guildford rounding up the top 20.

So how was all this measured? Via the time-honoured means of a survey, apparently filled in by 21,000 people, who were asked to give a score out of ten for the following criteria:

‘I feel a sense of belonging’; ‘Generally, the people are friendly and polite’; ‘I can be myself’; ‘Nature and green spaces’; ‘There’s a real sense of community spirit’; ‘Artistic and cultural activities’; ‘Opportunities to develop skills’; ‘Non-essential amenities e.g. restaurants, shops’; ‘Essential local services e.g. doctors, schools’; ‘Sports and recreational activities’

The results were then bundled up into the big table, which all seems fair enough at first glance.

Look a little closer, though, and there are some decisions made which seem absolutely bizarre — particularly as you delve into regional differences. The Isle of Wight is considered as a single ‘place’, yet Brighton and Hove — which have long been a single city in administrative terms, are considered separately.

The treatment of cities on this list is downright ludicrous. Birmingham — population 1.15 million — is considered as a single entity, yet London is split into its 32 boroughs, meaning that it’s split into chunks of (on average) 250,000 people.

Then there are rural areas, which – at least according to the map — don’t seem to be represented at all. The Scottish Highlands are probably the best example: Inverness is listed as the third ‘happiest’ place in Scotland and 51st happiest nationally.

In Wales, there’s something of an exception: Llandridnod Wells, a rural town in mid-Wales of not much more than 5,000 people, which somehow finds itself in the mix – and perhaps unsurprisingly, tops the Welsh ‘happiest places’. But there’s no mention of other similarly charming places in the principality, the likes of Hay-on-Wye, for example, or Abergavenny, Tenby, Conwy or any number of others which you might think would have a good chance of dislodging Guildford to pinch 20th spot in the national table.

So where does this leave us?

Well, frankly, we’re not expecting a web property portal to produce PhD level sociological statistics and analysis — this list is fine as a bit of fun, interesting, and full of curiosities. But presenting it as somehow definitive is disingenuous at best — particularly as no raw data appears to have been shared. All we seem to be getting fed here is a national ranking, and a series of regional rankings.

All this, and we’ve not even scratched the surface of the meaning of happiness itself — a subject that, speaking of PhD-level research, fills countless volumes and scientific papers, not to mention religion, ancient philosophy, psychiatry, art, literature, music and more. To boil it down to a list of nebulous, if not trite, statements such as ‘I can be myself’, with (and here we’re presuming, since methodology isn’t shared in the report) buttons for respondents to click ranging from strongly agree to strongly disagree statements, is hardly rigorous.

Apart from anything else, happiness is hugely different for all of us: for you it might be centred on financial security, for someone else it might be the thrill of adventure, for a third person a contented and safe family life will be the key to everything.

Happy families – are they the be-all-and-end-all?

One thing that Rightmove’s report does look at is the varying cost of housing in the ‘happiest’ areas.

Needless to say, those with healthy property budgets will be spoilt for choice no matter what — if fishing in rather different ends of the pond, depending no where they are. On the market right now in Hexham is a converted 18th century mill with vast amounts of space and character features — including a tower — for sale at £1.2 million.

The Lantern, Acomb, Hexham, for sale with Finest Properties.

You might not be too surprised that in Richmond, that sort of money doesn’t go far. Not very far at all, in fact.

Most of the properties in the price range tend to be mansion flats such as this one — exquisitely lovely, but probably not scratching the home ownership itch in quite the way a house and three acres of land does. If it’s a house you’re after, we did find this very nice little terraced place, a two-bedroom home for sale through Savills at £1.2m.

Let’s take an alternate look at the same places, with the UK national average house price — £270,000 as of September’s ONS figures — as your budget.

We fully expected not to find a thing anywhere near the centre of Richmond, but there is a 430sq ft flat (with two rooms — bedroom plus an everything else room) for sale right now at £269,000.  Yes, it’s small, and there’s an £1,100 p.a. service charge, and the access looks worryingly like it’s a ladder (surely it’s stairs?). But what a location for the money. 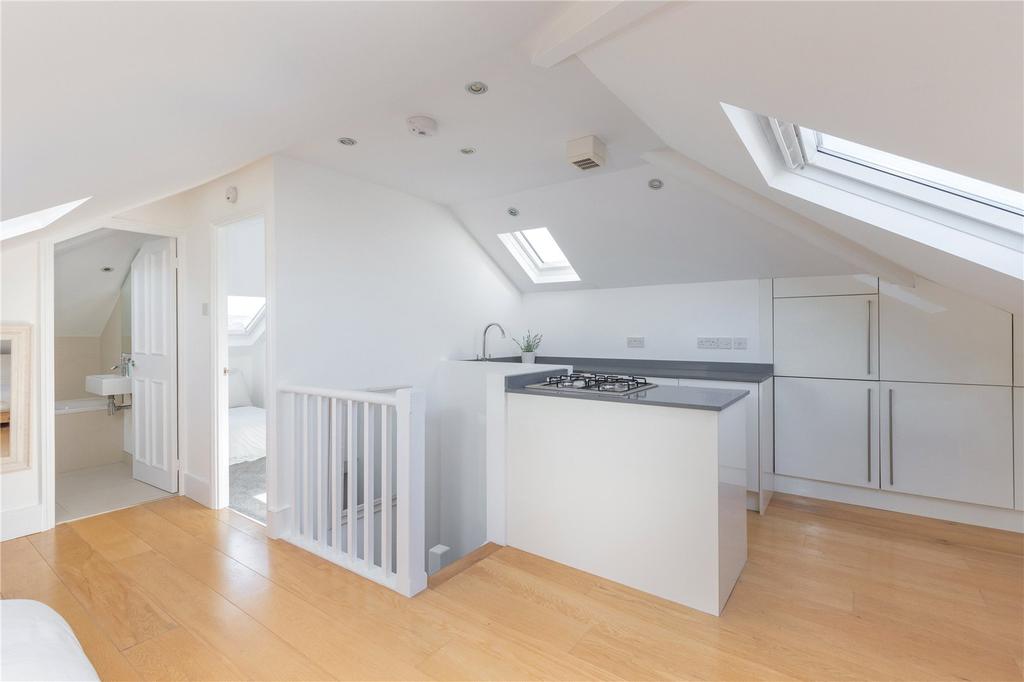 As for Hexham, that budget will buy a four-bedroom maisonette in a lovely old character house, set in pretty gardens, albeit appearing to be in need of some TLC. 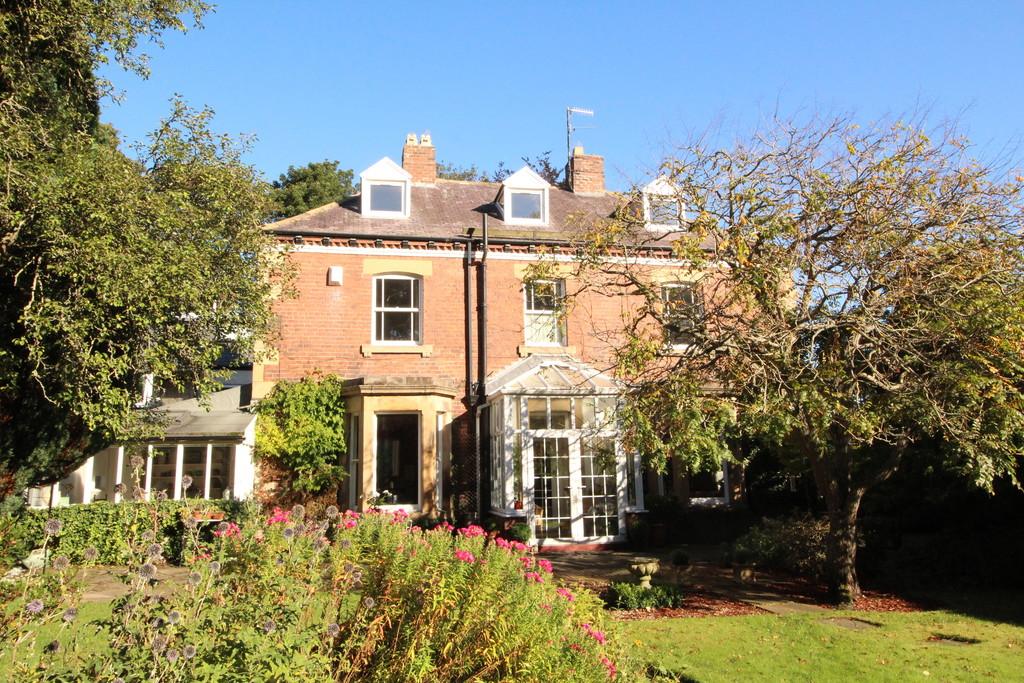 As for where you’d be happier? We’ll leave that to you to decide.