A superb home near Salisbury once owned by Cecil Beaton, and beautifully restored by the present owners, has come up for sale. Penny Churchill takes a look.

A thorny question facing country-house agents, vendors and buyers alike is: how do you value a dream country house in these unpredictable times?

The honest answer is, probably, that nobody knows. However, the arrival on the scene of notable properties such as this early-Georgian gem —  Reddish House, near Salisbury, for sale through Savills at a guide price of £4 million — may provide some clarity. 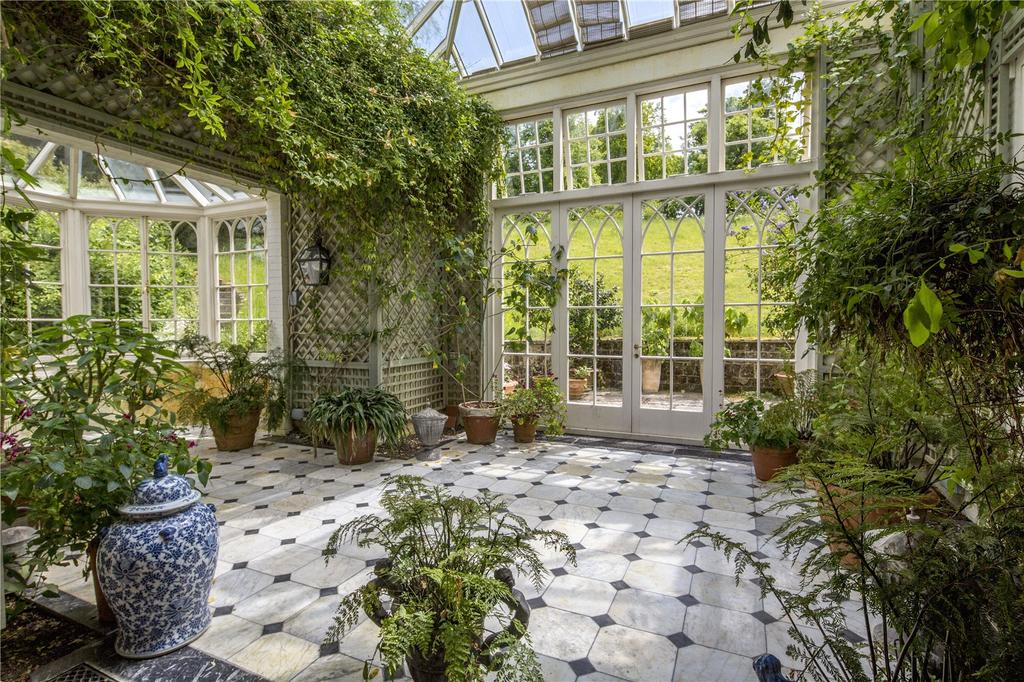 Upstairs are a master suite and, rather surprisingly given that the main house is almost 5,000 square feet, just two more bedrooms and bathrooms.

Thankfully, substantial further space is available in a thatched ‘cottage’ (of almost 4,000 sq ft) in the grounds, plus a one-bedroom studio.

The ‘cottage’ at Reddish House is almost 4,000 sq ft and offers plenty of accommodation.

The reasons for this slightly unusual use of space is probably within the house’s colourful history.

In 1947, following Broadway success and a new contract with film-maker Alexander Korda, the Society photographer, artist, stage and costume designer Cecil Beaton was looking to buy a house in the country. A friend, the writer Edith Olivier, introduced him to pretty, red-brick Reddish House in the village of Broad Chalke, eight miles from Salisbury. Instantly captivated, he readily agreed to buy it for £10,000. 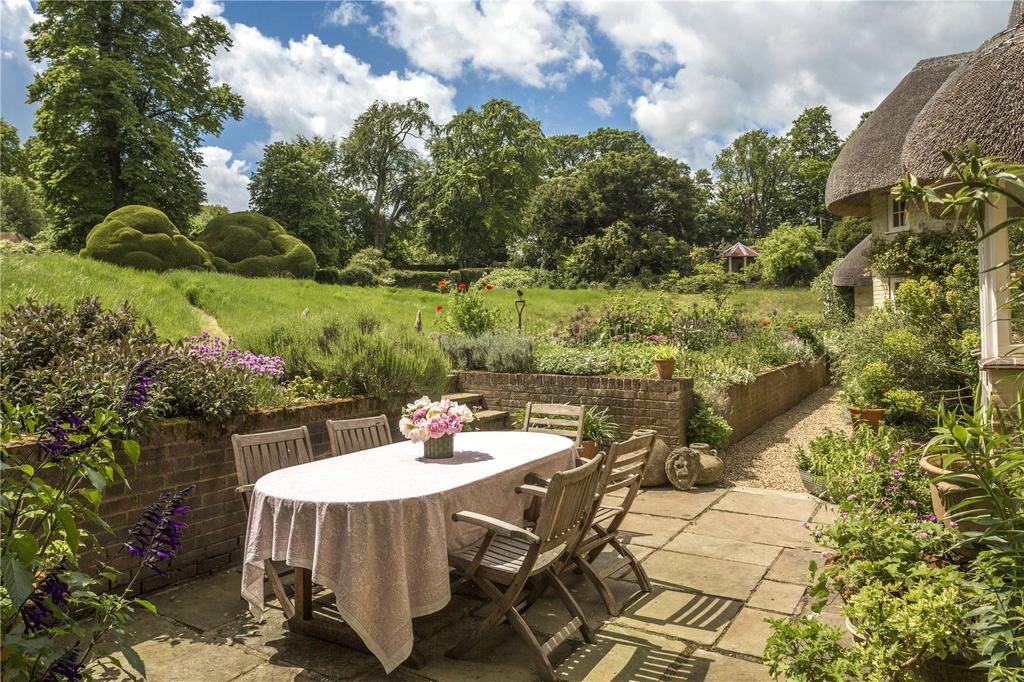 For the next 32 years, until his death in 1980, the house, described by Christopher Hussey as ‘an outstanding example of rustic Baroque’ (Country Life, March 21, 1957), was Beaton’s cherished country home, where he entertained his many friends from the worlds of the Arts, stage and screen.

Among them was Greta Garbo, to whom he proposed marriage, inviting her to ‘build her nest’ here. The offer was politely declined. 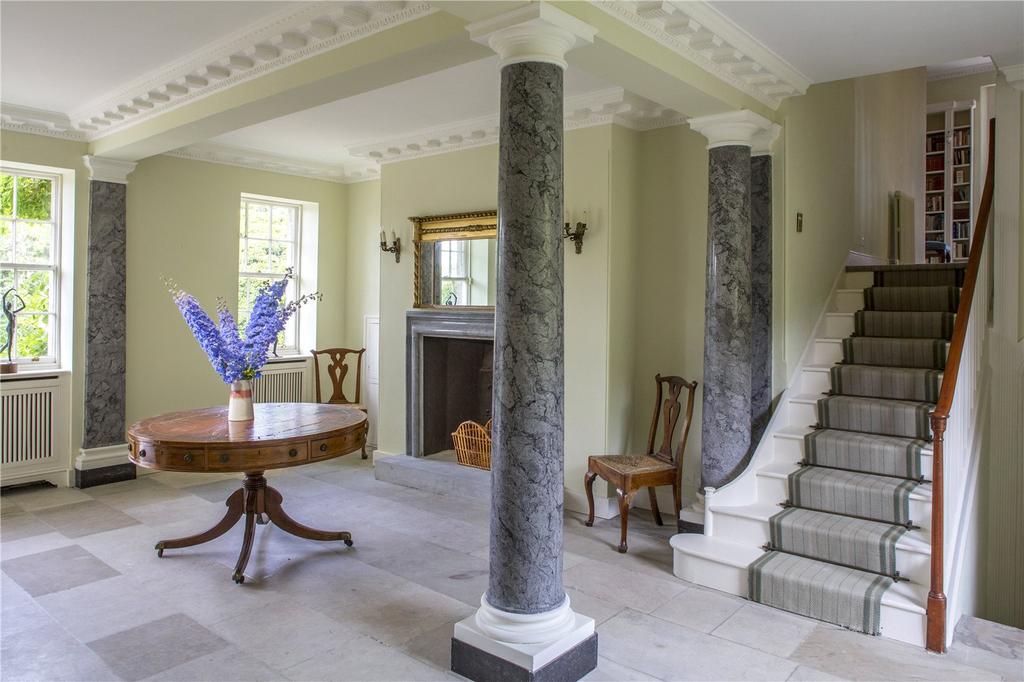 Previously known as Littlecotes Farm, Reddish House was originally a farmhouse on lands given to Wilton Abbey by King Eadwig in 955 and transferred to Sir William Herbert after the Dissolution. From 1560, the manor farm was owned by the Reddish family of nearby Maiden Bradley, who sold it to a wealthy clothier, Jeremiah Cray, in 1696.

Cray leased Reddish House to John Combes, a prosperous mercer from Tisbury, and agreed to help fund the cost of rebuilding the house in the early 1700s. However, Combes’s ideas were somewhat grander than those of his landlord — as the imposing front façade suggests — and, in the end, he had to pay for its finishing himself. In 1806, the Cray family sold Reddish to George Young of Broad Chalke, who further altered it, after which little was done until Beaton arrived. 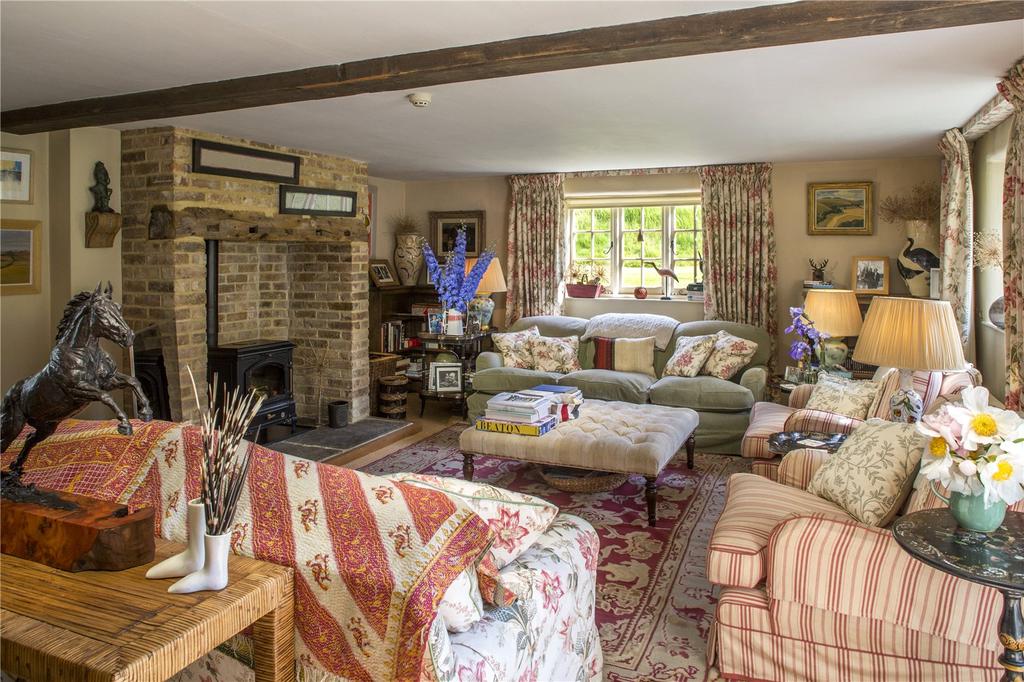 The living room in the cottage.

Building materials were in short supply in post-war Britain, so Beaton employed his theatrical talents in transforming the interior, adding rooms on the eastern side and creating the sumptuous drawing room where he wooed Garbo.

After his death, the house was sold for £225,000 to Ursula, Countess of Chichester, the Dutch-born widow of the 8th Earl, who was killed in action in 1944.

The Water Garden at Reddish House. The River Ebble flows in front of the house. ©Val Corbett/Country Life Picture Library

Seven years later, Reddish House came back to the market through Strutt & Parker, who invited offers over £500,000 for the Grade II-listed house set in 5.75 acres of gardens and grounds.

It sold within weeks, for well over the guide price, to the musician Robert Fripp and his wife, actress and singer Toyah Willcox; they extensively renovated the house and gardens before selling, in July 1999, to the current owners.

Reddish House is for sale via Savills at £4m — see more details and pictures.

Reddish House in Wiltshire is the place where the great Cecil Beaton fell in love with gardening. Taking on this

Elegant Fredley Manor at Mickleham has played host to the great and the good of several ages. £4m

If walls could talk, these ones would have all sorts of tales about Hollywood A-listers thanks to its ownership by