Credit: THE EXTERIOR OF BASLOW HALL, DERBYSHIRE, FROM THE GARDENS. HANDOUT PHOTOGRAPH FROM STREET AND CO PR

Fischer's at Baslow Hall mixes Michelin-starred fine dining with a small country house hotel atmosphere – and all within easy of reach of some of England's finest scenery. Melanie Bryan paid a visit.

I’ve always loved the air of mystery a sweeping driveway evokes as you wind your up towards your prize, which, in this case is a golden one: the 24-year-in-a-row* Michelin-starred Fischer’s restaurant at Baslow Hall, perched on a hill between the Chatsworth Estate and the town of Bakewell in Derbyshire.

Set in glorious gardens, this mock-Jacobean, Grade II-listed manor house was built in 1907 and now features 11 individually designed rooms – six in the Arts-And-Crafts main house and five modern garden rooms in a more modern extension to the rear.

Owned by Max and Susan Fischer, who purchased the property in 1988, they have begun the process of handing running operations over to their highly-experienced eldest son, Neil. Now, Baslow Hall is gently morphing into an even more stylish and sophisticated boutique country-house hotel.

We stayed in one of Baslow’s newly-renovated garden rooms in the extension, one of five rooms built 25 years ago and set around a picturesque and delightfully perfumed walled garden.

Our spacious room (No 5) featured a bold mix of bright, tropical flowers and tartan, which made for a jolly and cosy atmosphere. As well as a great – and separate – power shower, the bathroom boasted a wonderfully indulgent bathtub, luxurious white waffle bathrobes and fancy Sedbergh Soap Company products.

As for the bed? It was so big and sumptuous, and had such a comfortable mattress, that I almost didn’t want to get up. (I’m glad I did – breakfast was delightful.)

Rooms start £260 in the old hall and £325 in the garden rooms. See www.fischers-baslowhall.co.uk for more details.

Food and Drink: The tasting menu at Fischer’s

Head chef Rupert Rowley and his team work in a highly visible, straight-out-of-the-21st century spotless stainless steel kitchen – it’s even possible to dine at a high bench in the kitchen and watch, as your meal is prepared in front of you.

We didn’t do that, but did experience the newly-opened Wine Room – one of Neil Fischer’s innovations – a wood-panelled former study that’s been updated with a striking teal blue paint scheme. The original chairs and large table remain, seating between six and 12 guests, creating a space that is reassuringly in keeping with the building. There is only one touch of ‘bling’: a massive, temperature-controlled ‘wine wall’ which just about remains unobtrusive.

Mr Rowley’s seven-course tasting menu follows the seasons, using homegrown and local produce wherever it can. Many of the fresh vegetables come from the hotel’s gardens, which you are free to wander around. Baslow Hall even employs its own micro-herb specialist to grow tiny taste bombs in his own greenhouse on site.

Handily, Debbie Ault of the Notts Derby Wine School Kitchen was on hand to explain how to taste and appreciate the wines that had been carefully and expertly chosen to accompany each delectable course.

Among our favourite pairings of the evening (all the wine was, as you might expect, exceptional) was the zingy, fresh starter of wild garlic and Yorkshire fettle soup matched with a delicate, straw-yellow Pecorino; and the Wye Valley asparagus with rapeseed oil and a perfectly-poached pheasant’s egg, teamed with Cherverny Vignes des Marineres 2016 – an 80% Sauvignon Blanc, tickled with a splash of Chardonnay, which magically whisks away Sauvignon’s innate ‘winkiness’.

There was also an incredibly tender and succulent lamb dish – that my husband declared was the ‘best lamb he’d ever tasted’ – served with a delightfully moreish Moroccan red.

The magical evening was rounded off with a trio of deserts, including a not-too-sweet honeycomb parfait with strawberries and lemon, matched with a sweet, golden Chateau Haut Bernasse Monbazillac 2004. And there was one trick left for the finale: an astonishing homemade piña colada ‘magnum’ ice cream, theatrically displayed on a bed of dry ice.

The private dining seven-course tasting menu with matching wines costs £138 per person (for a minimum of six and a maximum of 12 guests). There are options for vegetarians and allergy-sufferers, though substitute dishes are not available. See www.fischers-baslowhall.co.uk/the-restaurant for more details.

Foraging at Baslow Hall: The call of the wild

Baslow Hall hosts a range of foraging events throughout the year, aimed at educating curious and thrifty diners about the abundance of fresh, free food found growing in the countryside. Guided by member of the Totally Wild Foraging team, diners get to return to the Hall for a delicious three-course lunch after a morning spent in search of sustenance.

Make like Pride & Prejudice’s Elizabeth Bennet and visit a country house or two. Now the scaffolding has been removed, the magnificent Chatsworth House gleams honey gold in the valley as you approach through the winding deer park. With the house and grounds and the excellent farm shop and café, it is easy to lose yourself here for a day.

On a smaller scale (by Chatsworth’s standards), there’s the delightfully romantic Haddon Hall. A rare survivor from the Middle Ages, the fortified manor house is the home of the Duke of Rutland’s younger brother, Lord Edward Manners. Opening hours vary.

The Peak District is renowned for the numerous underground caverns it’s possible to explore either on foot on by boat. Speedwell Cavern outside the pretty town of Castleton sees visitors ferried by boat along the same claustrophobic tunnels channelled out by lead miners in the 18th century.

Randomly, as advertised at the mouth of the attraction, you will also be following in the footsteps of Paul Newman and the cast of Coronation Street in 1962. Or, if you’d rather venture underground on foot, there is the Peak Cavern, nicknamed (ahem) The Devil’s Arse. I’ll leave it to you to work out why…

Invoke the spirit of a bygone age and go for a drive through the Peaks’ breathtaking scenery. Motoring along the Snake’s Head pass with the windows down made us feel as though we were on top of the world and Winnats Pass in Hope Valley was almost like being in Scotland, albeit on a smaller scale. 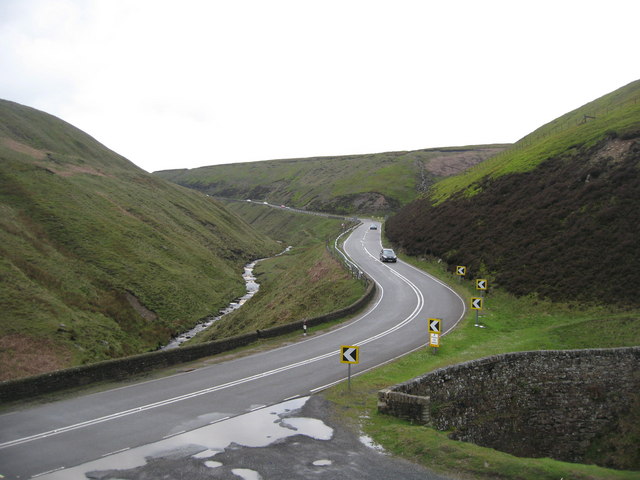 This area of Derbyshire has a wealth of traffic-free cycle routes designed to help get anyone back on two wheels. The Monsal, High Peak and Tissington trails make use of disused railways lines (which are great, as they’re pretty flat), frequented by cyclists, walkers, mobility scooters and wheelchair users all taking in some of the sights and sounds of the Derbyshire Dales without having to fight with cars, lorries or potholes.

For absolute beginners or those who are a bit rusty, it’s start with the Monsal Trail. Hire a bike from Hassop Station (they also have electric bikes and a bike adapted to fit a wheelchair on the front – call ahead to book) and head west for an incredibly easy, but rewarding, ride past disused stations, through lit former railway tunnels and over viaducts showcasing the White Peak’s dramatic scenery.

The further you go, the more the crowds thin out until it’s just you, your bike and chattering chaffinches and wagtails as you saunter past mills and kilns – relics of this area’s industrial past.

When you feel you’ve done enough, turn around and head back to the station for a well-earned tea and cake (or a glass of wine, if you’ve been particularly good).

Country Life's choice of the very best restaurants and places to eat throughout Yorkshire.