It's only the first week of January, but we can't help wondering if we'll see a more perfect thatched cottage all year.

Some houses you look at and marvel at their grandeur. Others wow you with their location. But once in a while what prompts that sharp intake of breath is the sheer, ridiculous picturesqueness of a home. The sort of home which looks like a chocolate box tin come to life.

And that was the case when we happened across the incomparably pretty Swiss Cottage, in the Wiltshire village of Shrivenham, a few miles from Swindon, which has come to the market with Chancellors via OnTheMarket.com at £575,000.

This absurdly gorgeous little cottage, set in a third of an acre of tree-lined gardens, has a back story that’s every bit as romantic as you’d hope. It was built in 1850 by Robert Whitehead, aka Lord Barrington of Beckett Hall, who wanted to recreate the picture-perfect Alpine cottage in which he’d honeymooned with his wife, Frances. 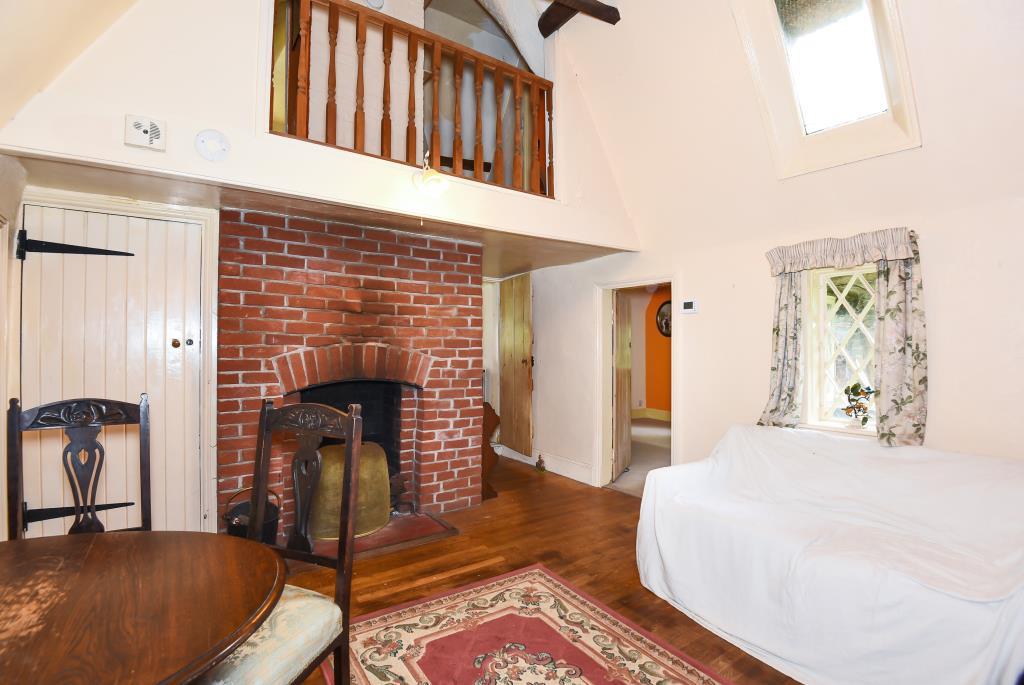 How lovely to hear of an aristocratic marriage of yeteryear which was so obviously steeped in love rather than a desire to earn political or social advantage. It’s somewhat less romantic to read that Whitehead was the naval engineer who went on to invent the self-propelled torpedo; but at least he did so while tinkering with things alongside his 12-year-old son, John.

The cottage itself has an unusual design that’s bursting with quirky charm; those pointed rooves might look pretty, for example, but it plays havoc with the the head space in the upstairs rooms, which consist of two bedrooms and a bathroom. 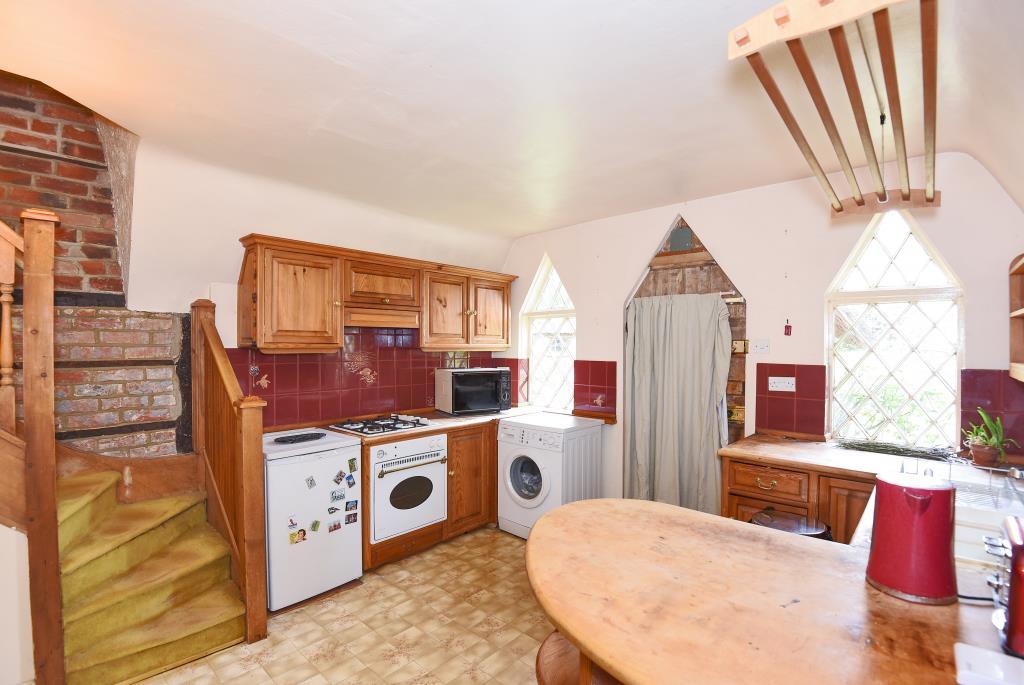 The other two bedrooms — one of which is currently used as a reception room — are downstairs, coming off the main room which is dominated by a large, brick-built fireplace. 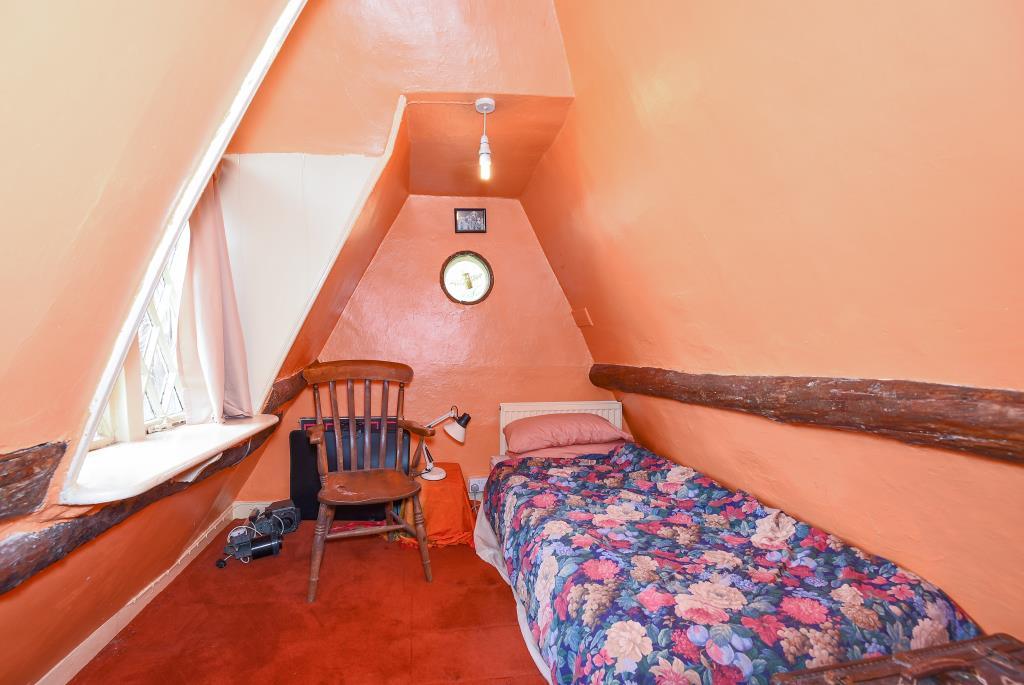 While it’s presented in a perfectly liveable state, there’s no getting away from the fact that the place could use a little TLC, though as things stand it’s highly likely to get a lot more than that from whoever takes it on. Planning permission has been granted for a linked extension and new building to the rear of the structure, opening up all manner of possibilities for whoever becomes the new owner of this house. 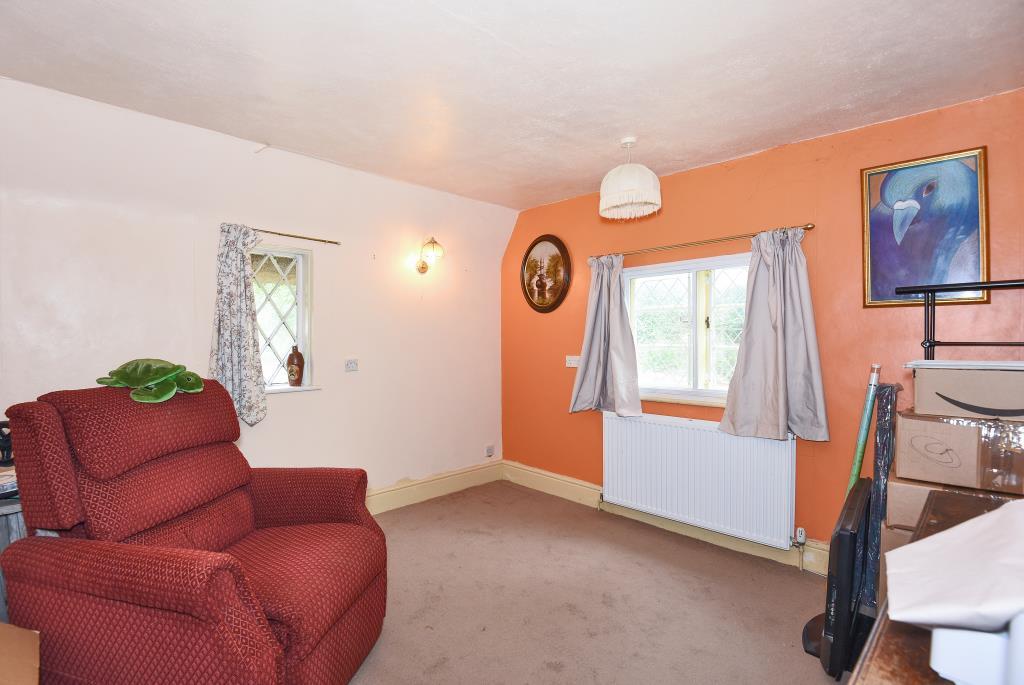 As things stand, the plans detail the creation of a new master bedroom with en-suite bathroom on the ground floor, and a living/dining/kitchen area with an external sunken patio on the lower ground floor. Of course, with permission in place it’s generally that much easier to apply for tweaks and changes, but that would be for the new owner to think and worry about. As will the brick outhouse, which will also offer intriguing possibilities. 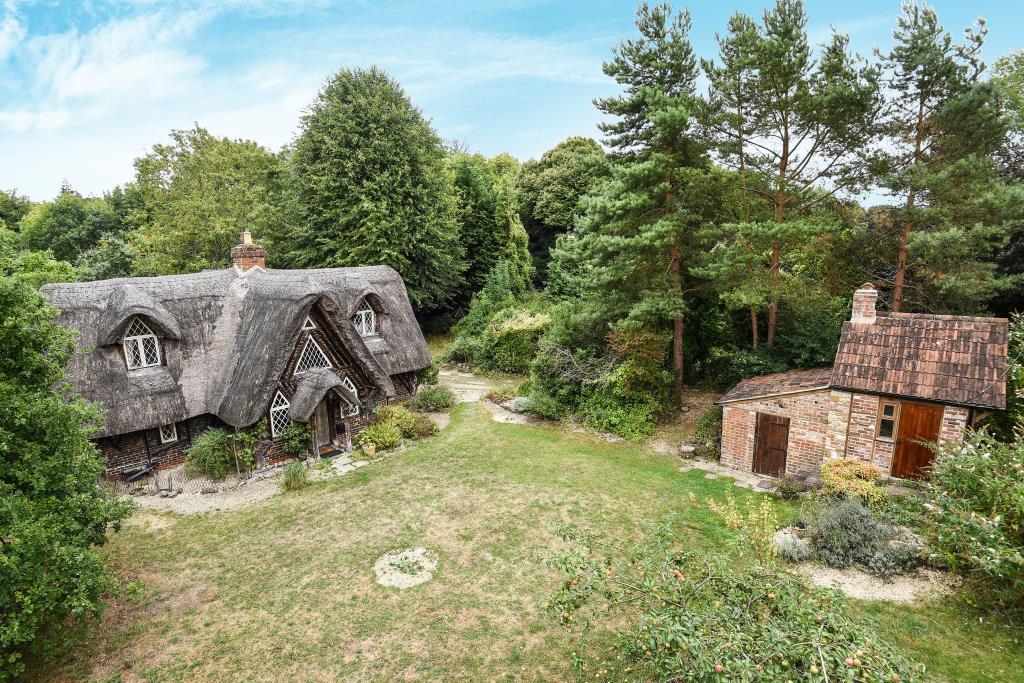 Either way, this charming little place offers a fabulous chance to own a truly lovely home. The selling agent Ben Lewington describes it as ‘one of the most unique properties I have ever come across. It represents an unmissable opportunity to not only own a piece of history, but to create a truly stunning residence.’

Swiss Cottage is for sale with Chancellors via OnTheMarket.com at £575,000 — see more details and pictures.

The romantic appeal of an English country cottage with a thatched roof never fades, as these wonderful homes show.