Estate agents often like to use the word 'unique' when describing properties. For this home near Colchester, there really is no other word.

Some days, there’s just no point messing about with niceties when talking about properties. Today is one of those days, for the home on this page is completely bonkers.

Brilliant, yes. But crackers. If ever there was a home to put a smile of wonder and joy on your face, it’s this one.

In the unlikely event that you haven’t already scrolled down the page for evidence of what we’re talking about, the property in question is a pair of magnificently beautiful Victorian water towers for sale with Heritage via OnTheMarket in the town of Halstead, a few miles east of Colchester, and on the road up to Bury St Edmunds. 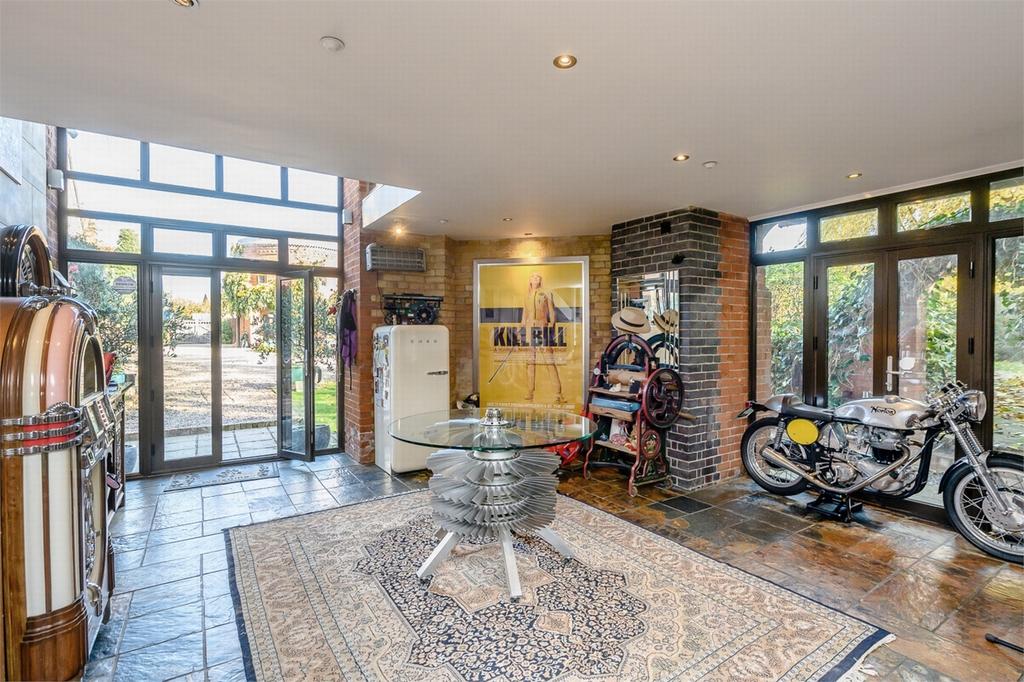 The older of the towers was built in the middle of the 19th century, with the second, larger tower added in 1888, originally to supply a local yarn factory. Both are wonderful examples of that great Victorian quality of making the functional beautiful. 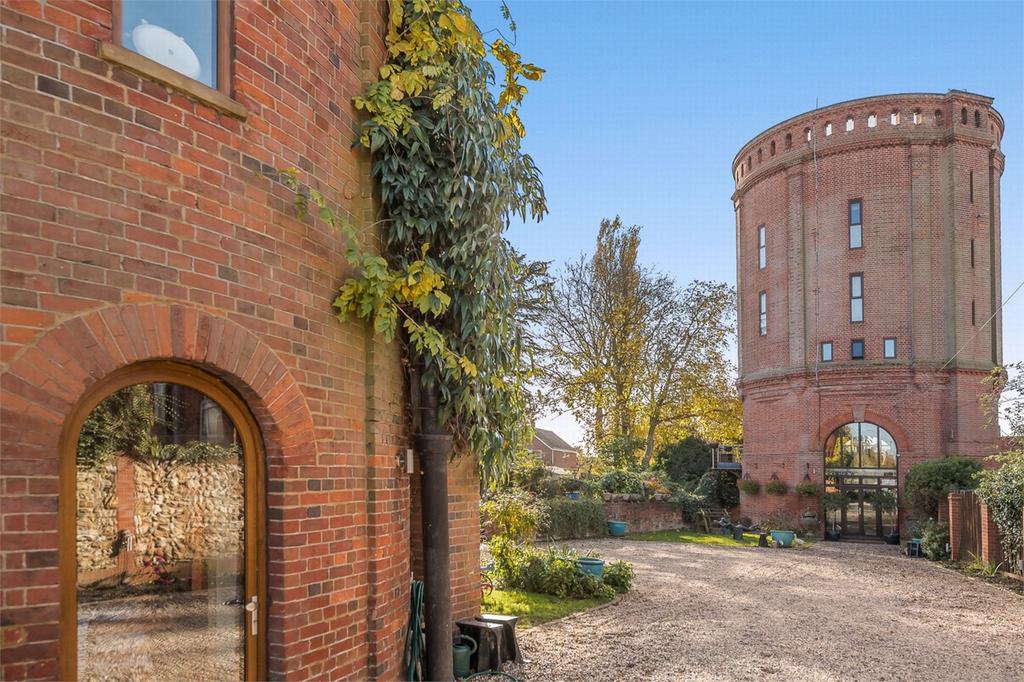 The towers’ days of hard labour have long gone, but their conversion into a home — effectively split between a four bedroom main tower and the two bedroom tower annexe — has been done in quite breathtaking style. Which we mean literally: some of these images made us gasp.

The heavily-themed rooms are reminiscent of a quirky restaurant rather than a family home, yet the whole thing has been done with such great panache and sense of fun that it’s hard not to grin. After all, how many people do you know who’d have giant ‘WIZARD OF OZ’ lettering installed in an otherwise spacious and comfortable living room?

The fun starts from the off, as you enter the tower to find a huge hall with a vintage motorbike, grand piano and a Wurlitzer jukebox in one corner. There are vintage advertising signs, film posters, antiques, modern furniture and perhaps the largest cheese plant we’ve ever seen outside an RHS greenhouse.

As you go up via one of the two staircases — one ‘normal’, the other a secret, hidden spiral staircase with direct access to the 5th floor — the fun continues. There’s a Wizard of Oz room, a Les Miserables room (which is the fifth-floor atrium) and a huge kitchen-diner with extravagant purple lighting that gives it a 1950s American diner vibe.

That said, the owners’ clear love for kitsch clearly doesn’t mean they have no common sense: while the living spaces are reminiscent of Tom Hanks’s apartment in Big, the bedrooms are a little calmer.

There is a virtual tour available from agents Heritage and it’s well worth a look for the things that you wouldn’t otherwise see: a 1950s Coca Cola machine, antique clocks and barometers lining the walls of the stairs, and so on. You can also take a look at the view from the roof, which looks out across the town to one side and across to fields and trees on the other.

The smaller tower is a two storey building with an open plan living space downstairs (which includes a glazed panel peering into the 300ft well fed by the River Colne), while upstairs the bedroom still has some of the original pipework remaining from when the tower was still in use.

Outside, there’s a double garage, garden, patio and a pizza oven within the gated plot which the towers sit on.

There’s no price on the house — how could there be, really? — but you’ll be looking into seven-figure territory. The big questions, though, will surely be over the fixtures and fittings. After all, once you’ve seen a hallway with an immaculate vintage Norton parked in it, can you really go back to a motorbike-free living space?

For sale with Heritage Estate Agents via OnTheMarket — see more details and pictures.

‘Every element serves a purpose,’ says Sandra Coppin of the Modern property she updated for her own home, repurposing material

Stepping Stones in Frodsham, Cheshire - the home of Steve and Claire O'Connor. Yes, that is a football pitch you can see. And yes, it is also a helipad. Credit: Paul Cooper / Strutt & Parker

Steppingstone – a modern house in Cheshire with helipad, pool and football pitch – is truly something else, says Penny

Chitcombe House, home of Roderick and Lydia Wurfbain. This long room incorporates the kitchen and a living room. They are divided by a dining table that extends into a bow window. Credit: Justin Paget/Country Life